The last week of the Summer Holidays saw us take a lovely trip to the Lake District, as we have a rather large people carrier, a nine seater to be precise, I always check before we go anywhere, that there is oil and water, that the breakdown number is in my phone and our Car Insurance details are in my handbag, I never used to worry about it, until we had an accident as we were setting off on holiday, a car overtook, got it wrong and we ended up planted halfway into a caravan, it wasn’t very pleasant, thankfully everyone was OK and the only problem we had was that we had to delay our holiday by two days and the courtesy car they provided was half the size of our own, so the term packing light was very true that week!

We currently live in Norfolk, so it is VERY flat, no hill starts for me anymore! So our holiday in the Lake District was another eyeopener! Asa has a tendency to ignore the suggested driving routes and instead prefers to get the OS map out and find more interesting roads, with much better views!

On our way to Wastwater, we were stuck in a large traffic jam, caused by a lorry and tractor, neither of which were able to find somewhere to pull in, and resulted in approx 10 cars, our large people carrier and a van reversing quite a way down the road!

Last time we were driving in the Lake District I nearly managed to roll the entire car, in fact, just a short way up the road from where the children are sitting in this photo! 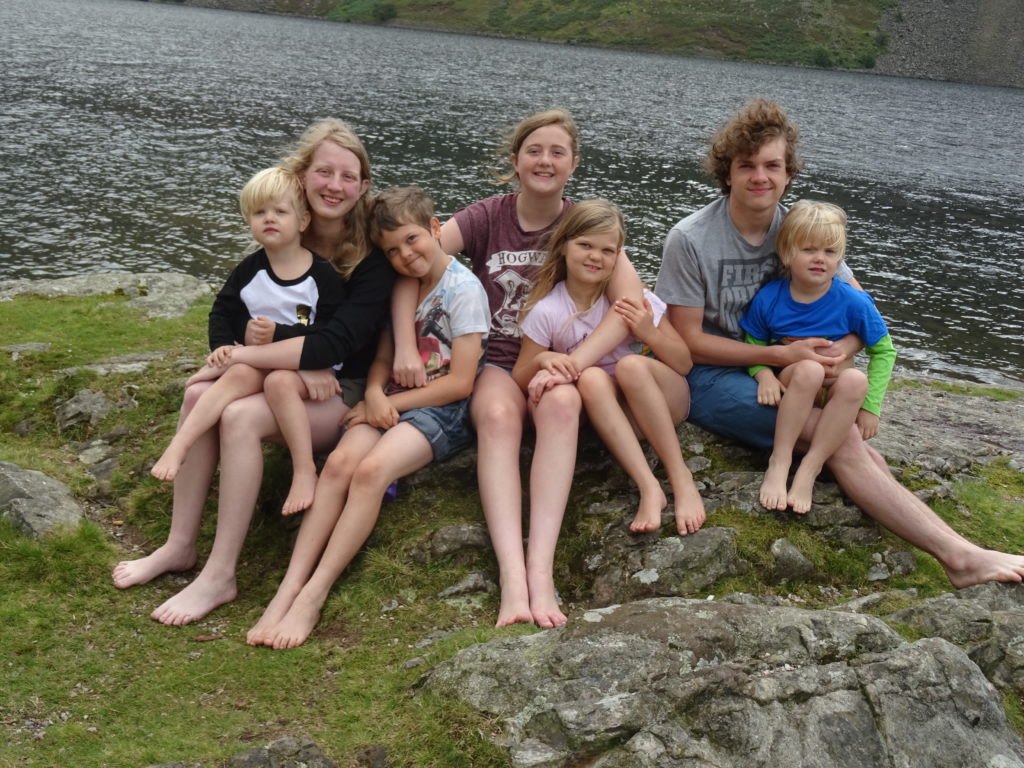 After we had all had a little paddle, (some more than others), Asa decided to take an alternative route to the one I had suggested and we were first met with this… 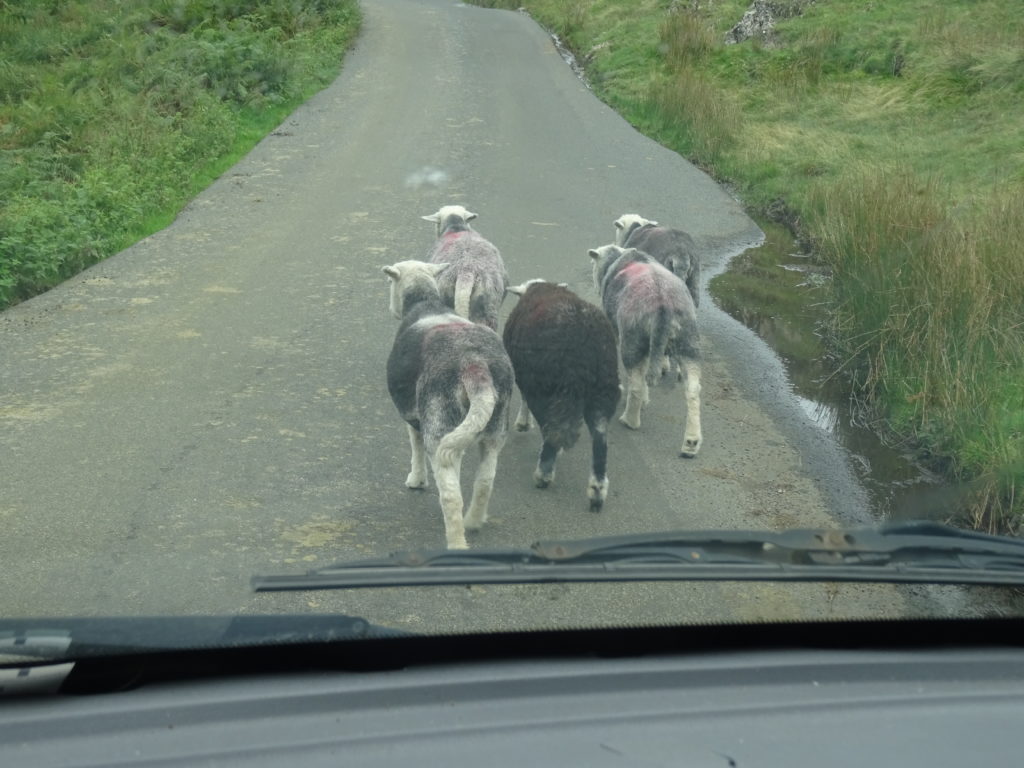 They refused to move to the side, instead they chose to guide us all the way along the road, until we eventually got to a Cattle grid, it was hard to be cross at them, because they are so cute! ( I LOVE sheep), once we had been allowed to pass we continue to climb into the mountains, on very narrow winding roads with passing places dotted here and there, however no such passing place when we were met with a large Brewery truck, (why do the biggest vans always choose to take the smallest roads), he certainly wasn’t going to attempt to reverse, so instead Asa did, I am lucky that he is a master at reversing (although I won’t ever tell him ) but it did have a very large drop outside of my passenger window, which I was trying my best to ignore! But he managed to find a passing place and we continued our journey (back up the road we had just reversed down!) 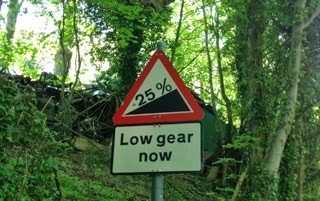 It was one of the quickest descents I have ever had, but not one I would like to repeat too often, all credit to Asa, each time I shrieked “brake” he did, next time maybe I will do the driving and stick to the larger roads.

But it isn’t just the Lake District that has some challenging roads, below you can find out all about the most dangerous driving routes in Ireland. Do you live somewhere that has horrendous roads or is your town somewhere that is easy and safe to drive through ?

1 thought on “When the Roads are not so flat!”