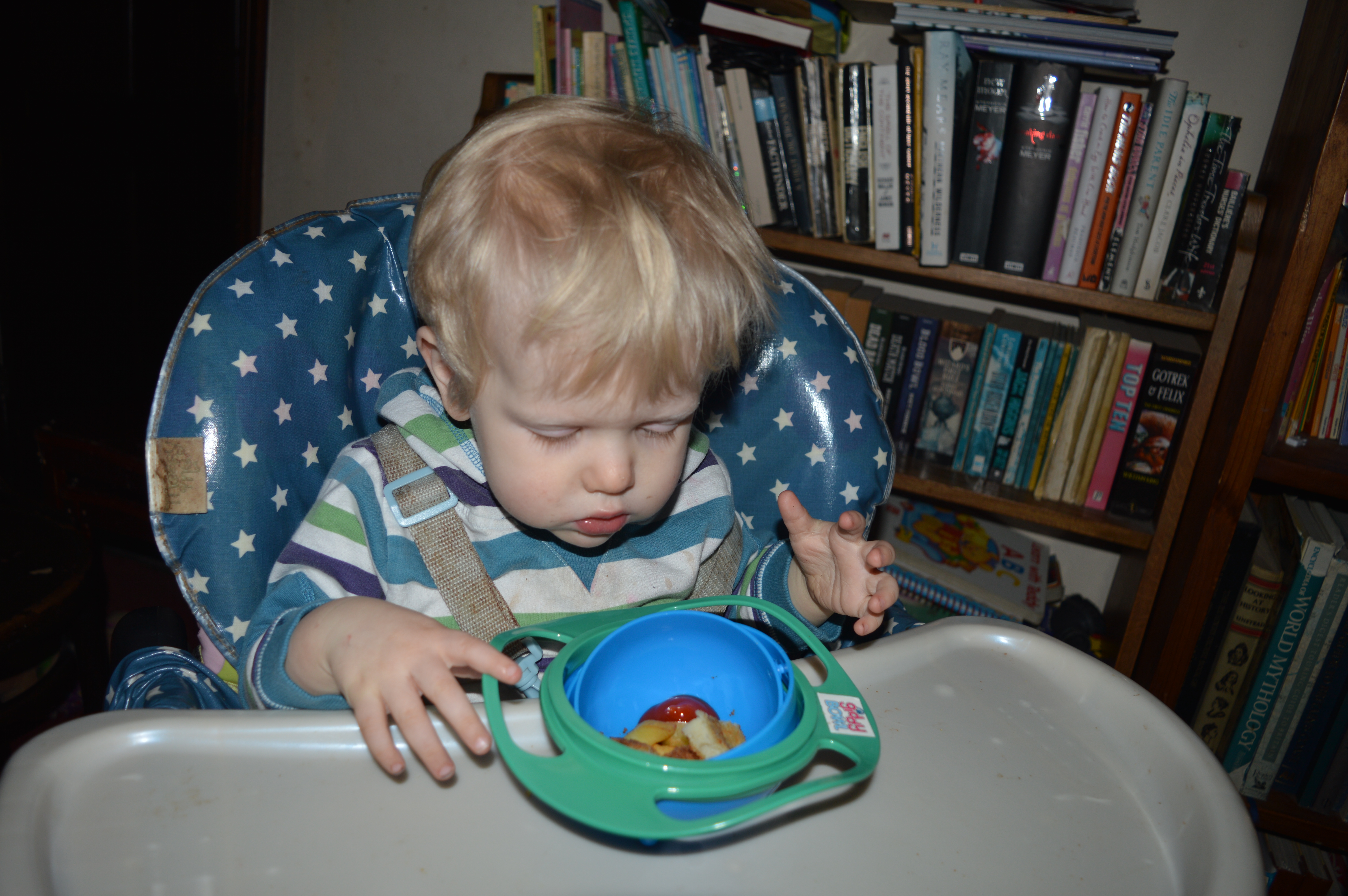 As a mum of seven children, you can imagine the amount of different products I have tried over the years, especially during the weaning/toddler stage.

Every bowl that claims to be spill proof, or will not come unstuck from the highchair tray, has been disproved by my toddlers, they just seem to have the ability to tip the entire contents of their bowl on their heads.

So when I was asked would I like to try the Giddy Bowl – the Non Spill bowl, I was expecting to clean Tyrus and Viggo up after another failed attempt….

This bowl certainly looked different to all of the other bowls we had tried, no fiddly suction pads, no lengthy instruction booklet, just a very funky shaped product that did exactly what it said – No Spill hooray!!

This ingenious non-spill bowl with quick release lid, carry-handles and a colander was originally designed for use in aeroplanes and boats, so it can take anything the kids can throw at it!

Cleverly, the inner bowl rotates to always stay level, so no matter what position you hold it in, the food in the bowl stays upright – no spills, no mess. The outer shell can also be used as a handy colander/strainer.

Available in blue and green or pink and yellow, with a very handy lid to use when transporting.

Viggo tried very hard to tip the food out to begin with, but could not manage it, after he admitted defeat he was fascinated with the way it moved.

The bowl is great for encouraging Viggo’s independence, as he is now able to carry his own breakfast, lunch or dinner to the table, (which he wants to do all the time!) without me having to worry that he is going to spill it.

At the moment, you can only purchase the Giddy Bowl from Gr8 Solution although i’m sure it won’t be too long until it can be purchased in the larger stores, as it is such a fab product.

Obviously if a grown up wanted to spill the food, I am sure bouncing it across the floor or throwing it at a wall would have the desired effect, it isn’t a magic bowl, although the teens did both say how cool they thought it was and didn’t attempt to prove it wrong!!

My only concern is that Viggo may try to treat all of the bowls in our house the same!! Guess I shall just have to purchase a couple more.

Does this look like the kind of product that would stop your child from emptying the contents of his/her dinner onto the floor ?