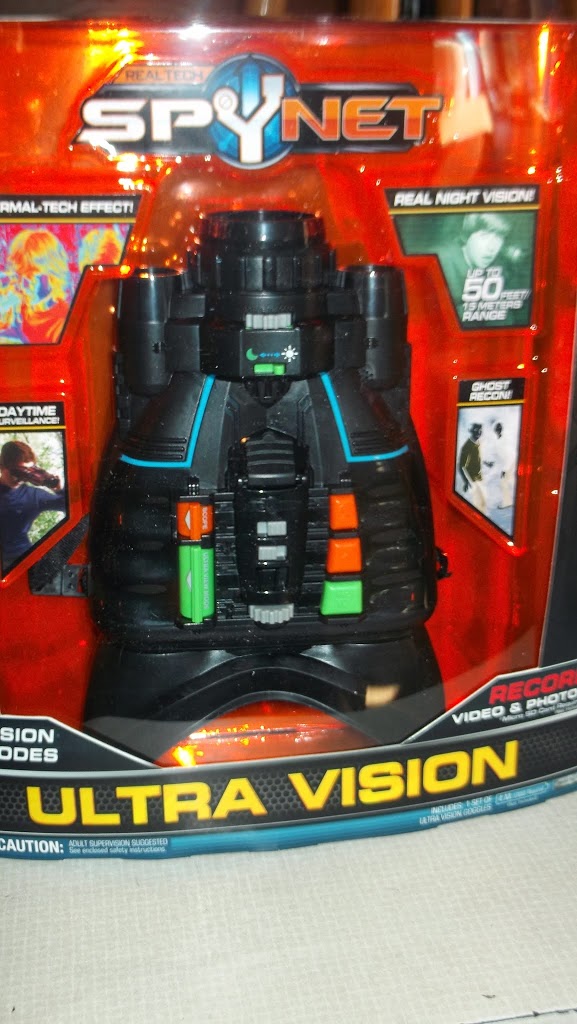 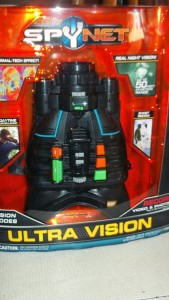 Service, no mission will be impossible with the Spy Net™ range!   The ultimate in cool spy technology, Spy Net™ offers a range of fully-functional gadgets that James Bond would be proud of!
Spy Net™ takes high end electronics and interactive gadgets and puts them in the hands and imaginations of burgeoning young secret agents! Its’ amazing range of equipment provides everything a budding spy needs to protect his base and secret codes.
Spy Net™ Ultravision Binoculars RRP £49.99
5 amazing vision modes for the ultimate in spy surveillance! Award-winning Night Vision of up to 15 metres, record video & photos, day time surveillance, Thermo Tech for thermal vision and Ghost Recon to capture shadow agents.
Agents can easily & safely upload their files via the included USB connection to SpyNetHQ.com to analyse their evidence with the lie detector software, conduct video and audio analysis, crack secret codes, train for missions with mini games and more!
When we were asked if the boys would like to have a little try of the goggles,we jumped at the chance, they sounded pretty cool, and I am pleased to say they certainly lived up to our expectations, in fact they were quite simply AMAZING !
Not only did the boys love them, but the girls were also queuing up to put them through their paces, after Asa had tested them out first.
The day that the goggles arrived, we also had some more new arrivals in the form of five little chick bundles!! One of our little chickens had gone missing and we feared Mr Fox may have gotten her, but that was not the case, in fact she had hidden herself in the undergrowth down the side of  the house and proceeded to hatch her own little family….
At first we couldn’t make out if there were any chicks and if so how many, cue night vision on the goggles, which confirmed that we did indeed have bundles of fluff, five in total. 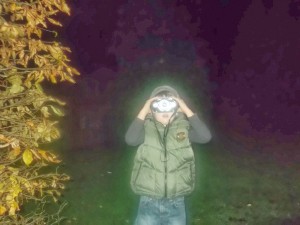 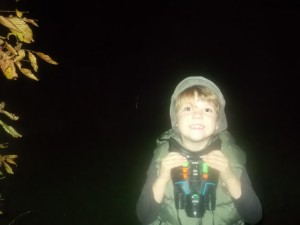 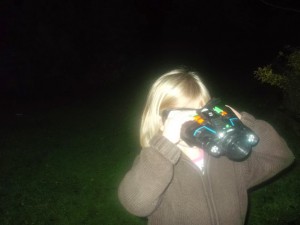 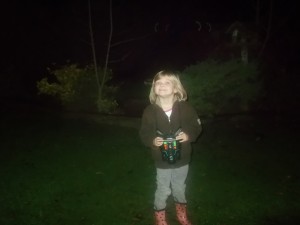 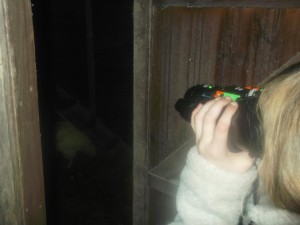 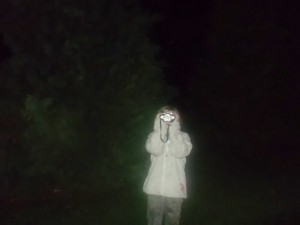 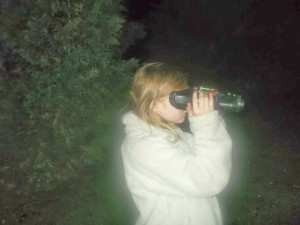 They are also perfect for checking that all of the big chickens are safely tucked up in bed at night, especially the black ones which are particularly hard to find in the dark !
As you can see all of the children have been having great fun, I sense there are many more spy missions to be had in our garden!
The heat detection is pretty outstanding and although when I first saw the price I thought it was quite high for just a pair of spy goggles, until I actually saw them, and then I changed my mind, they are certainly worth the money.
I found Lochlan with them reading under his duvet the other night.
They would make a fabulous christmas present for any boy or girl aged 7 upwards I would say, although Eowyn found them fascinating at aged 5. 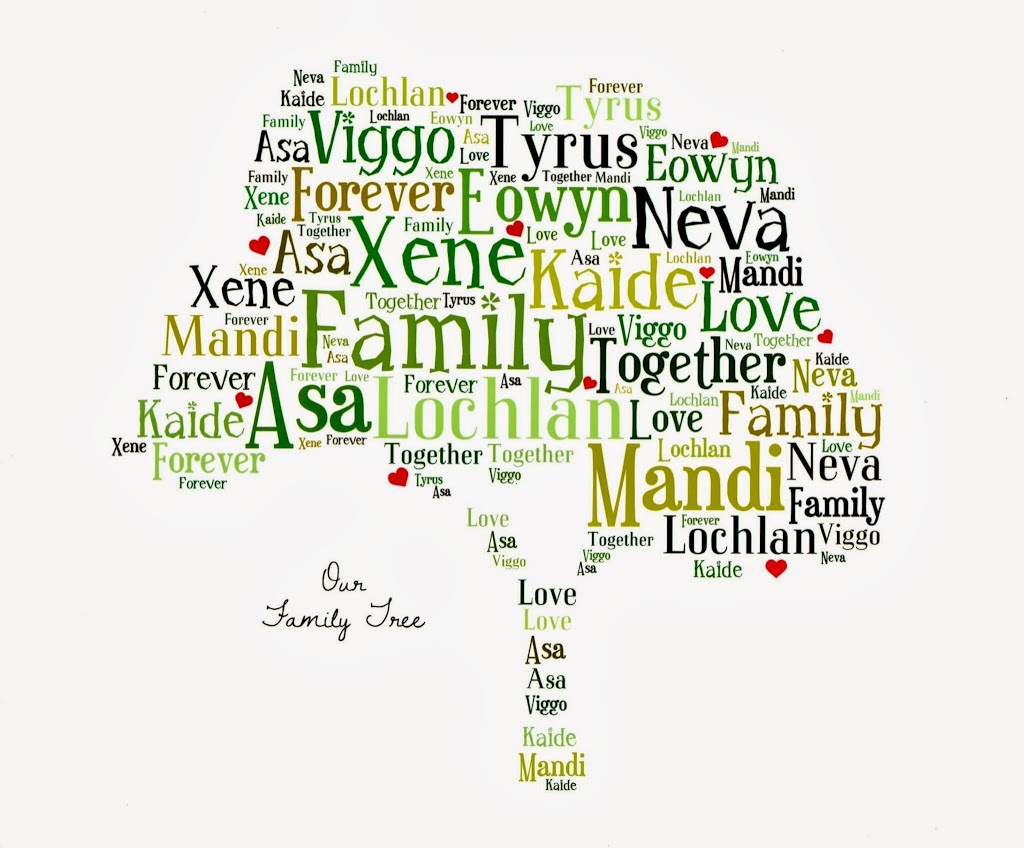 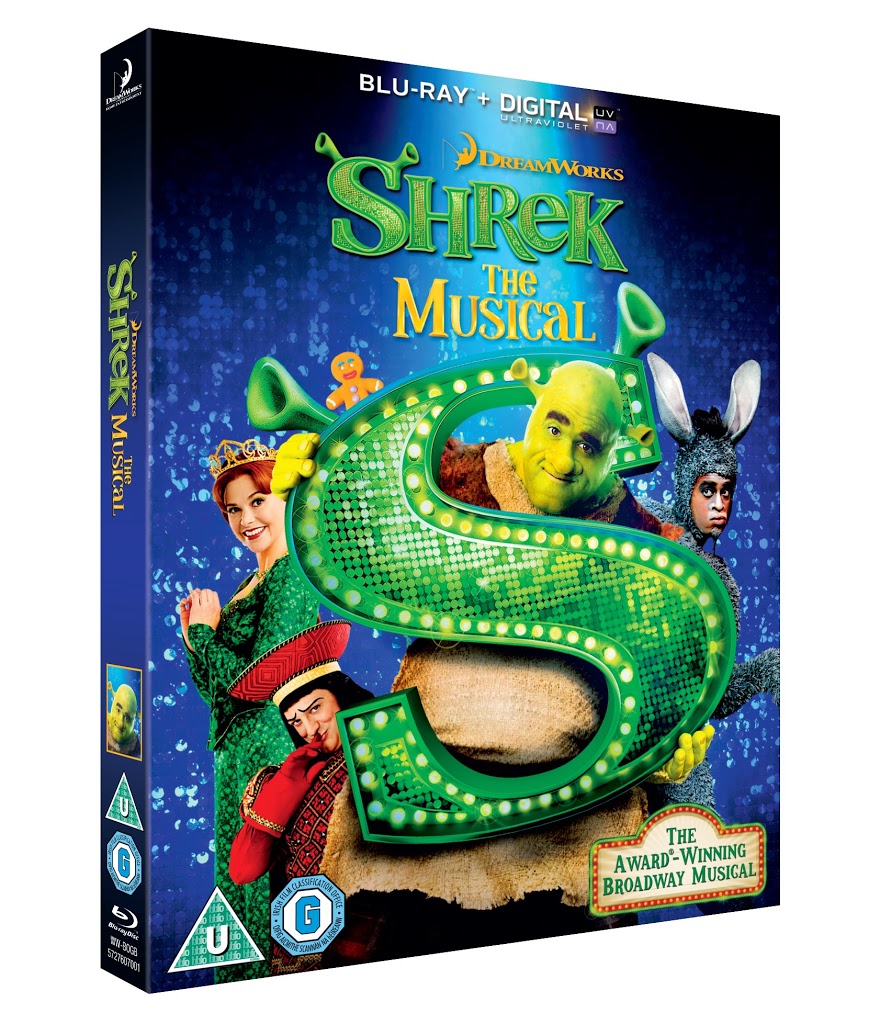 Shrek The Musical on DVD & Blu Ray - A Hit with Five !