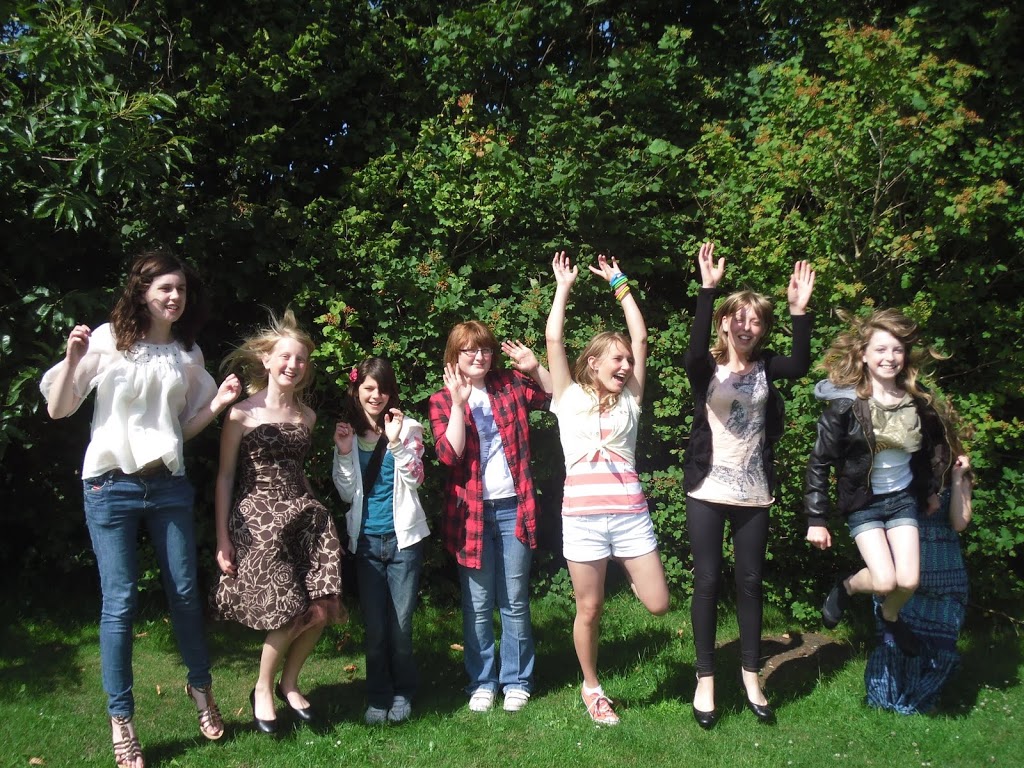 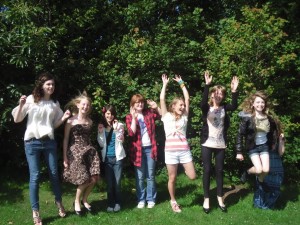 Last night Xene the Teen had a sleepover, originally it was supposed to be nine of them including Xene, but two were unable to make it, so just six extra bodies.

Usually when Xene has a sleepover it is about four or five friends, which means they can sleep in our playroom, but I thought that nine teenage girls, with half of them bigger than me, would never fit in the playroom, so we decided that the sleepover would take place outside in the tent!

They began arriving at 7, just in time for the heavens to open…luckily they didn’t get too wet, they put all their belongings in the tent and came back in to watch Vampires Suck, with three large bags of crisps, two bags of popcorn and a couple of bottles of fizzy drink (apparently it keeps them awake all night!)

I pumped up a few airbeds for those sensible enough to bring them and they took them out to the tent, two minutes later they were back followed by screams and shrieks-the canopy had been left open and had gathered a large pool of water on it, which ended up on the airbeds and the inner compartment, so numerous towels later and a whole Sunday Telegraph and the floor was dried!

I have to admit to the best nights sleep on a sleepover ever, usually I am still kept awake til 4am with the noise, but this time I heard nothing, so much so that apparently Xene came in during the night and asked if they could watch the rest of the film and I said “Yes, just be quiet” I have no recollection of this whatsoever…

I came downstairs at 8am to find seven very bleary eyed teenagers, made some cups of tea and got breakfast for those that wanted it and the rest of the morning passed very peacefully, I will definitely be doing that again! 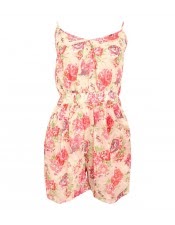 Pilot Fashion - A Teenage Must