Late to the party as usual, I didn’t even get a chance to link up this week as it was too hectic in half term week.

38 – Holiday Booked! We had promised the children when we went to Disneyland Paris for my 30th birthday that we would return for my 40th, so today we actually booked it, cue some very excited children (with the help of Barnaby Bear)

39 – Viggo helping me work! Asa was away this week at two different conferences, meaning I had to split my working days, Viggo was very keen to assist, but it took me twice as long, so I gave up!

40 – Mayan Headdress Here is Kaide modelling his creation, you can see he looks thrilled, he was actually off school with a sore throat hence the glum look. 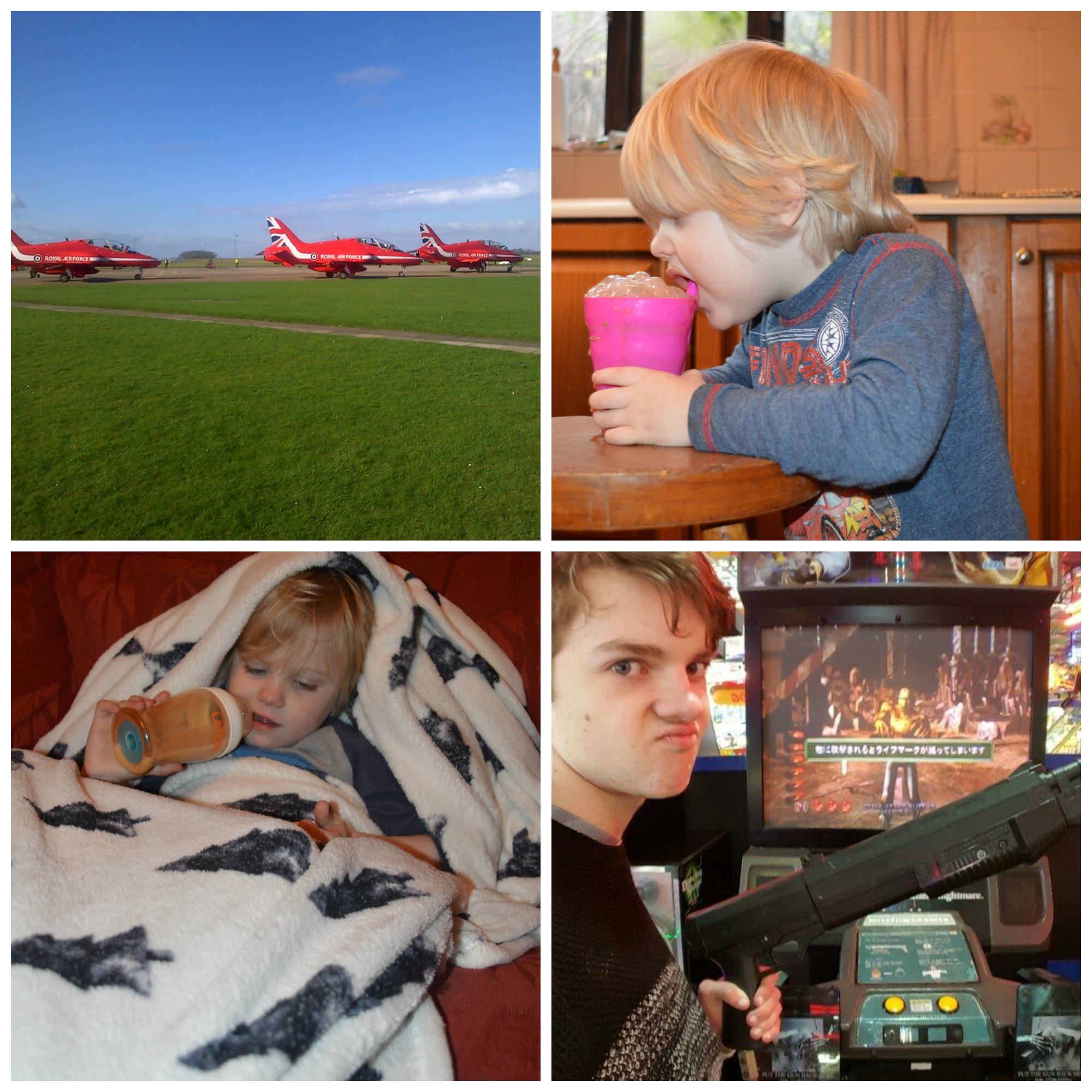 41 – Red Arrows ready for Take Off OK so today I cheated slightly as nothing interesting happened at home and Asa sent this photo of his ‘work’ day!

42 – Chocolate Milk With A Straw  Today Viggo discovered blowing through a straw..

43 – Snuggly Blanket and Hot Tea Tyrus was not feeling 100% today and when he is having a full blown meltdown, (I think this one was because I had locked the house backdoor and taken out the key!) the only thing that calms him down is his snuggly blanket and a bottle of ‘Hot Tea Tyrus’ and as much as I hate the fact that it is in a bottle, when he is inconsolable I will do anything!

44 – Photography Coursework Lochlan had to go to the beach and take photographs for his gcse, however he somehow managed to persuade dad to have a couple of goes on the numerous arcade machines along the golden mile.

45 – Too tired to Move It was quite late and I told Kaide it was bedtime, I walked into the dining room to find Kaide with his head on the desk saying he was too tired to move.

46 – The Boys discovered Static Its amazing what amuses the children, the four smallest spent an hour rubbing balloons on each others heads.

47 – First Time at The Dentist I know dreadful mum taking them to the dentist in half term, but its the only time I get them all together, Viggo was great and climbed into the chair quicker than Tyrus who isn’t so keen! 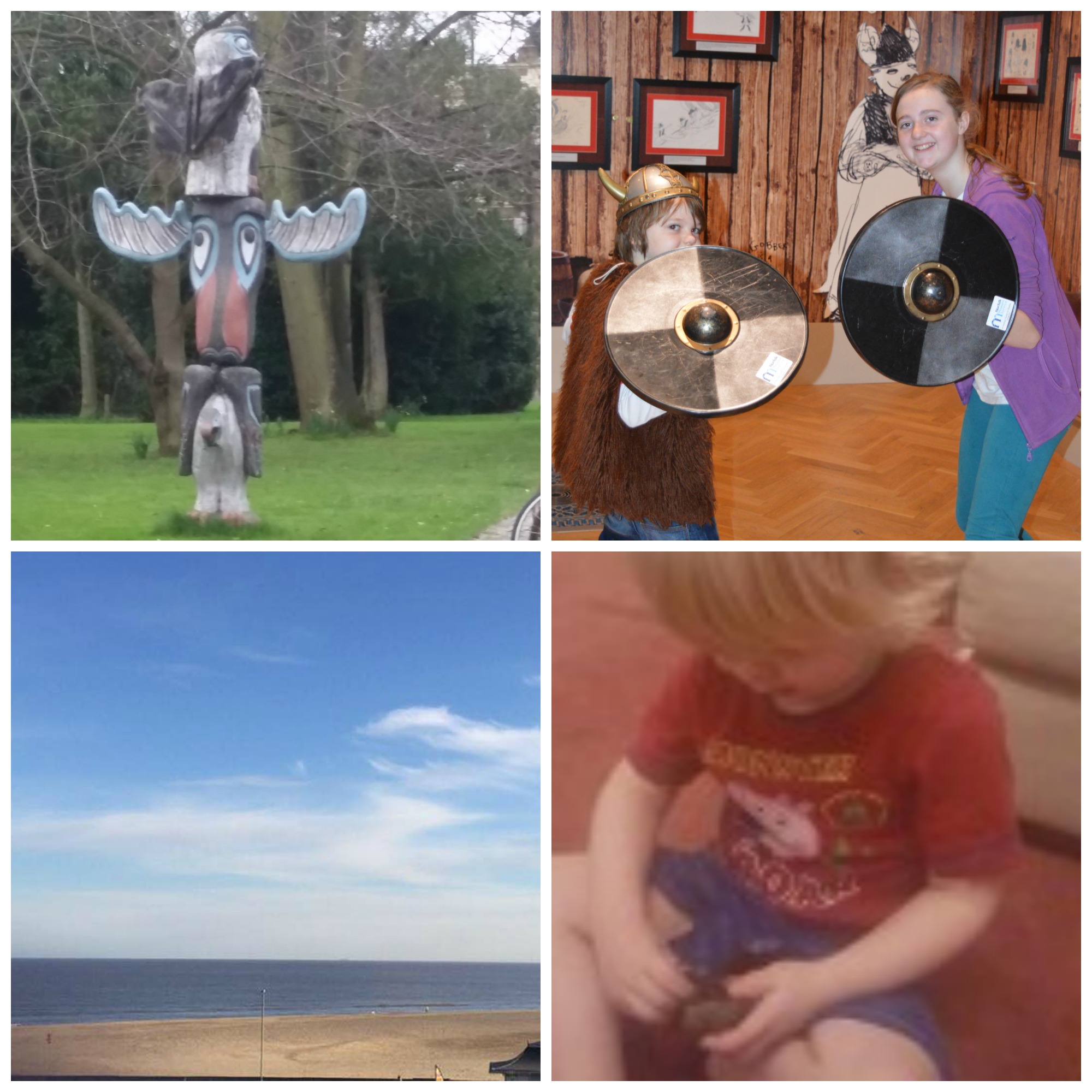 48 – Final University Interview Xene had her final interview today, which left me with an hour by myself, stuck in a uni campus, with a choice of a bench outdoors checking emails and looking for things to photograph or the uni bar, I didn’t think I could quite pull of the 20 year old look, so freezing outside on a bench won!

50 – Best Views For Meetings Asa and I had a business meeting at a local holiday park, couldn’t resist a pic whilst we were there.

51 – All About Chewbacca Over the last few weeks, Viggo has embraced his inner Star Wars and is right in there playing with the other children, both with figures and on Disney Infinity, his favourite this week is Chewbacca.