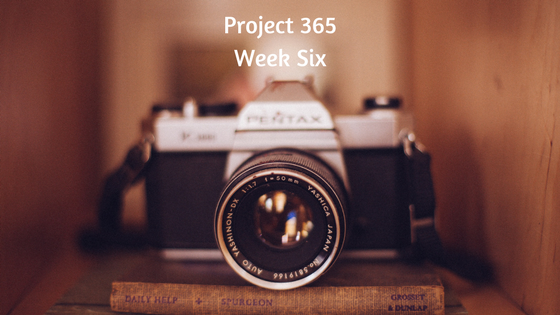 Woohoo! All six children have now broken up for half term, so i’m hoping for a couple of lie ins, although I don’t think it will happen as a 5 month old puppy will require attention and walking! 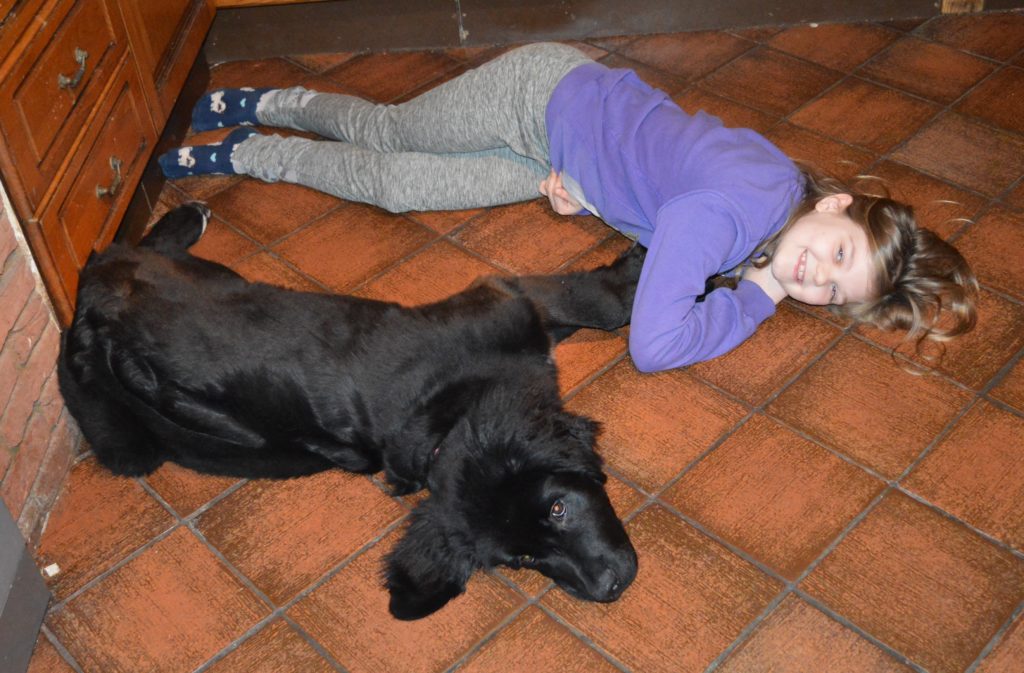 Day 35 – Merrie loves lying on the kitchen stone floor and very often she is joined by Eowyn or Viggo, although she is now longer stretched out than Viggo! Every time I try to grab a photo of her with one of them she gets up to investigate, so this one took a bit of ninja style clambering up to the cupboard to grab the camera!! It won’t be much longer until she is also bigger than Eowyn. 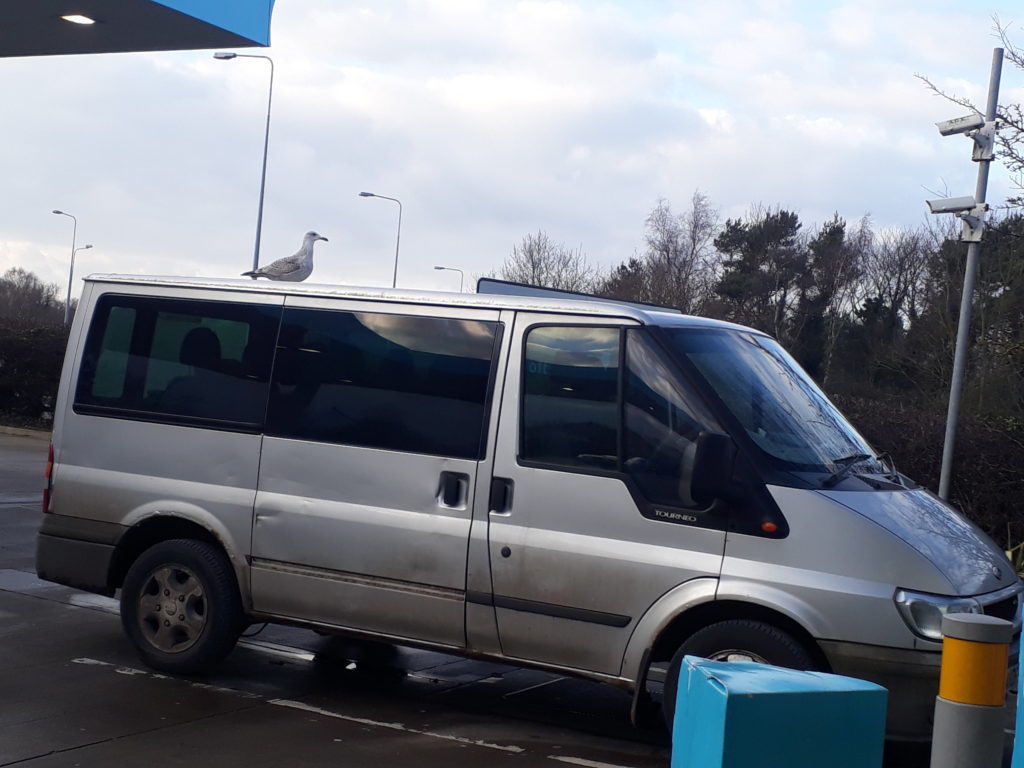 Day 36 – On the afternoon school pick up I had to stop at the petrol station as I had run out of milk and sugar! Neva sat in the car with Merrie and said she could hear tapping outside! Kaide and I walked out of the shop to see this little guy! 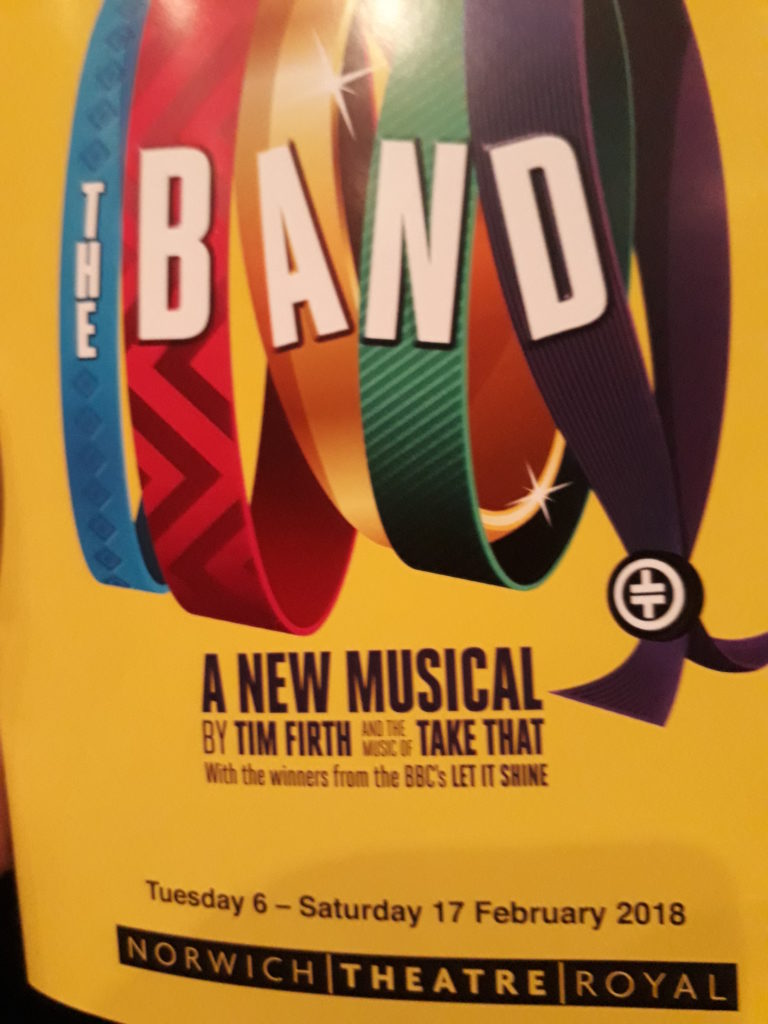 Day 37 Neva and I have tickets booked to go and see The Band next week, but yesterday I received an email to say that one of the chosen reviewers for the opening night had gone down with the flu and would we like to attend! As a huge Take That fan I obviously said Yes! It was one of THE most amazing shows I have ever seen, totally not what I was expecting, but it was amazing! If it is coming to a theatre near you, definitely go and see it. 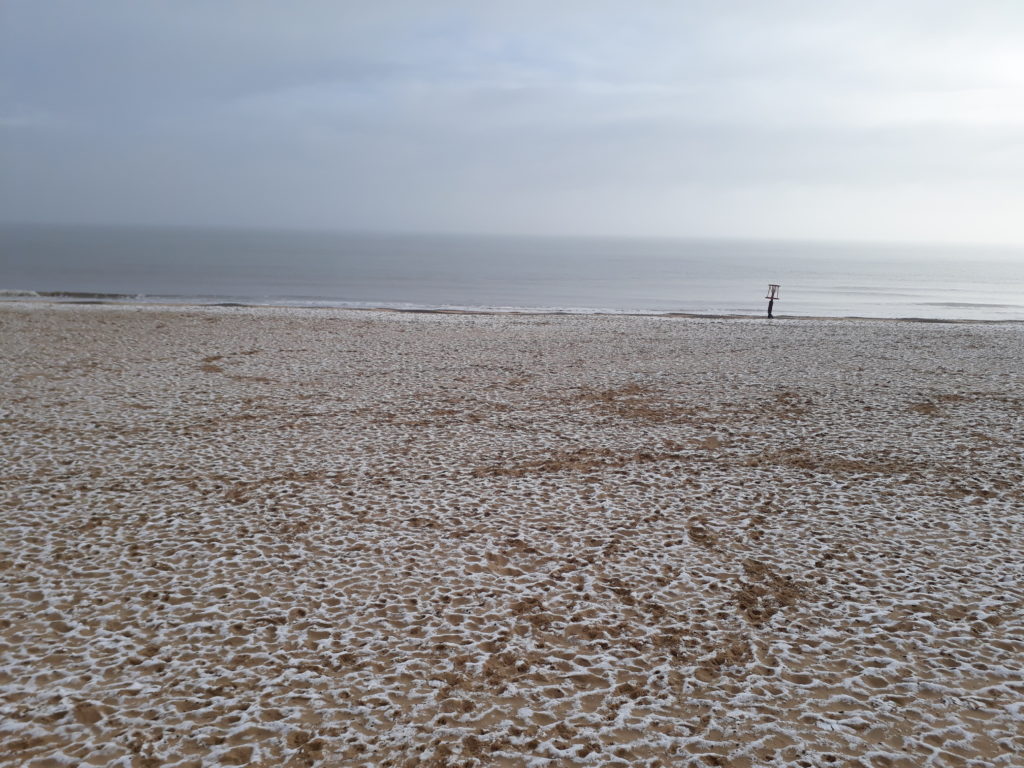 Day 38 Yesterday we had a small snow flurry at home, but when I got to the high school, only 2 miles from home their snowfall was at least 3 times that of home, and then a further couple of miles down the road to primary school and they had even more snow, this morning when I took Merrie for our morning walk on the beach, she was fascinated by the frozen snow! 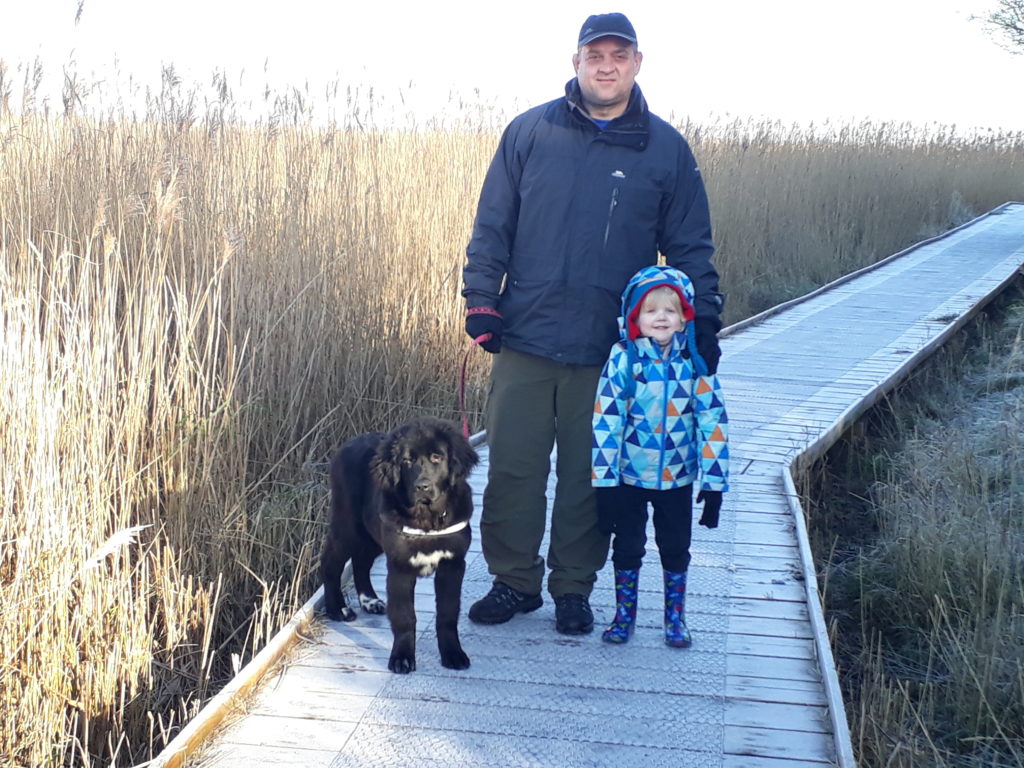 Day 39 Today Asa had a rare day off, Viggo was supposed to have his last day in preschool before the half term, but he told us that he would rather spend the day with mum, dad and Merrie, as he will be at full-time school in September I am grabbing every opportunity that I can to have some time with him and Asa. Today it was a very frosty walk to the Roman Fort and down onto the boardwalk near the Broads. 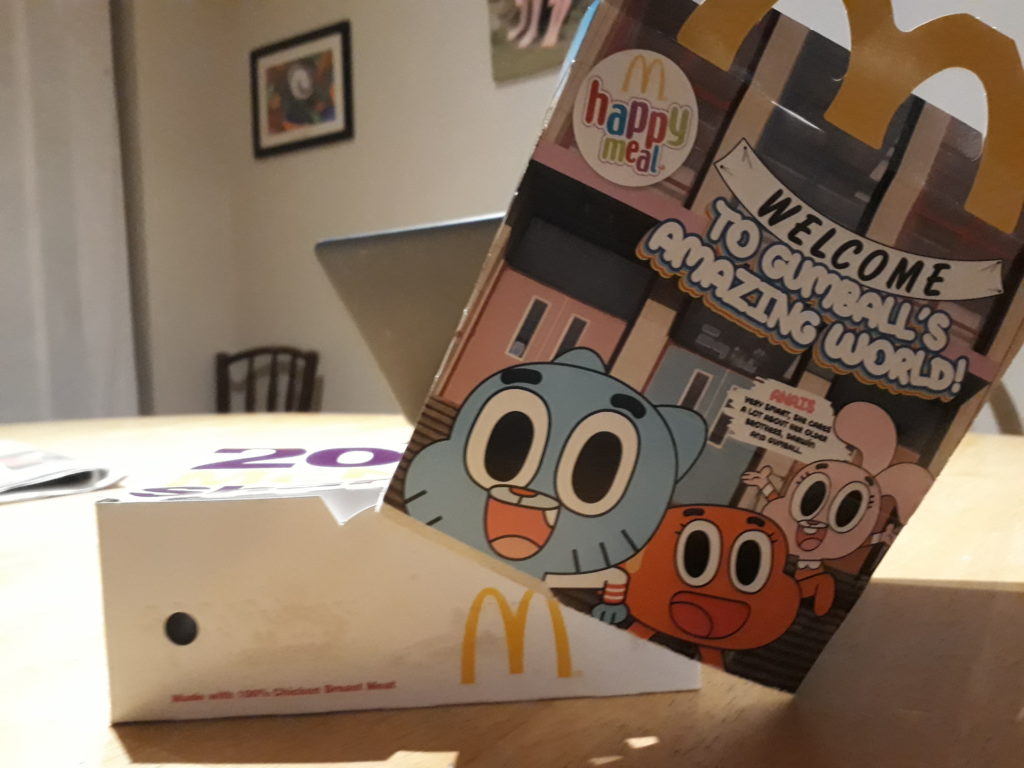 Day 40 Yesterday I dropped Lochlan at college at 7.30am as he was off on a trip to London to the BFI, Tate Modern and then an overnight stay and then a special lesson at Warner Bros studio looking at scripts and props to coincide with his Film and TV assignment. He wasn’t due back until late evening, so we decided as it was the start of half-term and there were only five children at home we would get them McDonalds for dinner, which made Tyrus very happy as Chicken McNuggets are his favourite food on the planet! Although he was disappointed that it was no longer Pokemon. 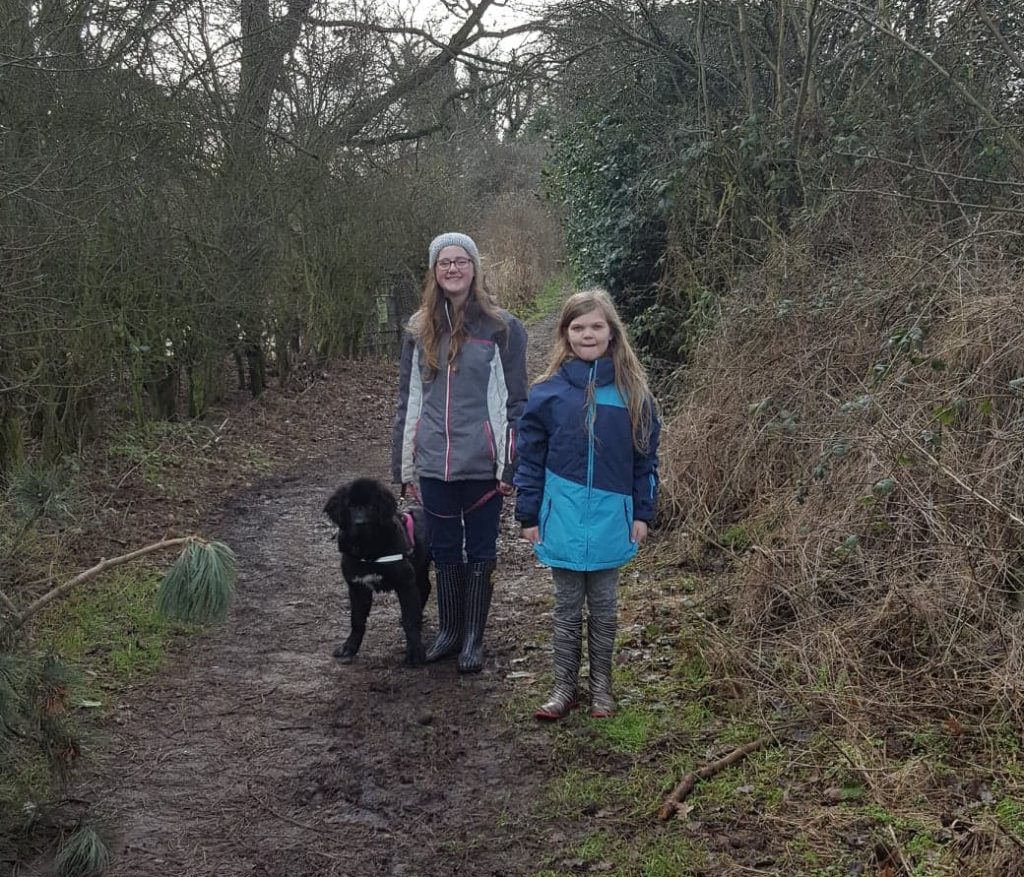 Day 41 The early morning walk today was  undertaken by Neva, Eowyn and Asa, they went to a place called Lound Lakes which Merrie loves as there is a large field that she can be let off the lead, at the moment there are lots of road closures leading to the area, so whilst on their walk, they only met one dog as I think it has put many people off.

Have a lovely half term everyone, I hope you all have lots of nice things planned.