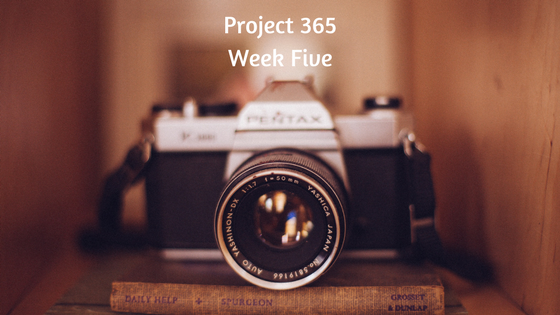 I cannot believe we are into February already and with only one week left until half term, my ironing basket is overflowing which means I haven’t ironed any school uniform for 5 weeks!! 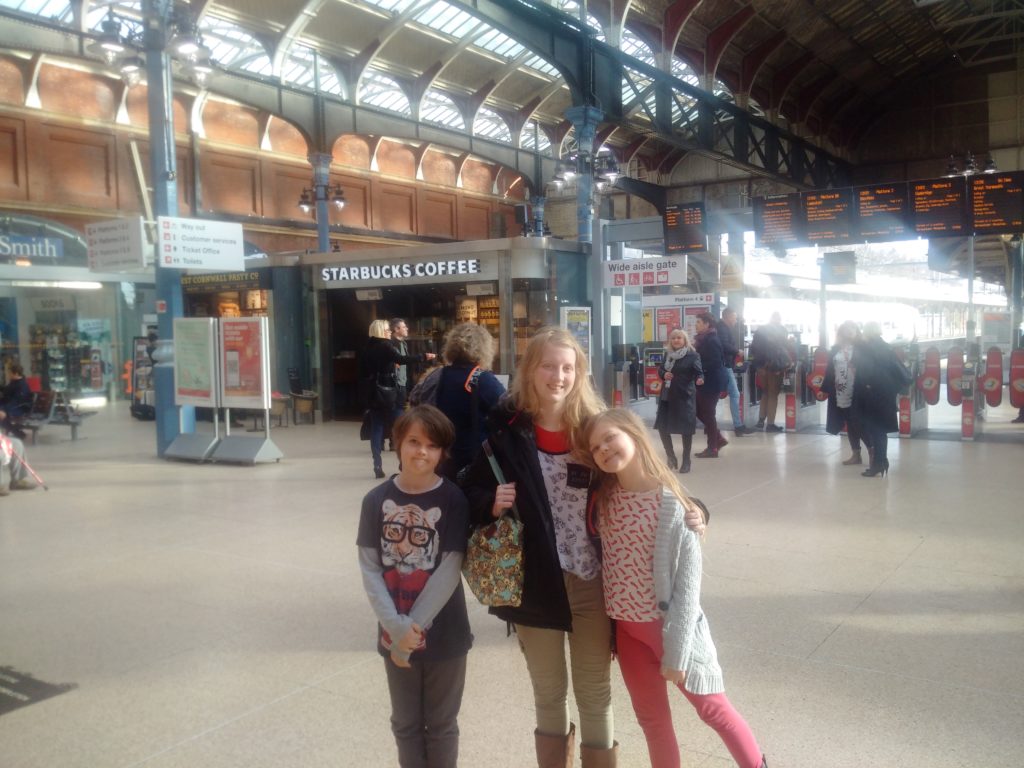 Day 28 – Xene headed off back to Hartlepool, so I texted Asa to grab a quick snap at the station before she went, her journey back started well but a slight delay from one train meant she missed her connection Up North and had to re-route, she finally got back to her halls an hour after she was due, which wasn’t too bad but it was quite dark by that point so I was extremely relieved when she sent a message that she was back safe and sound! 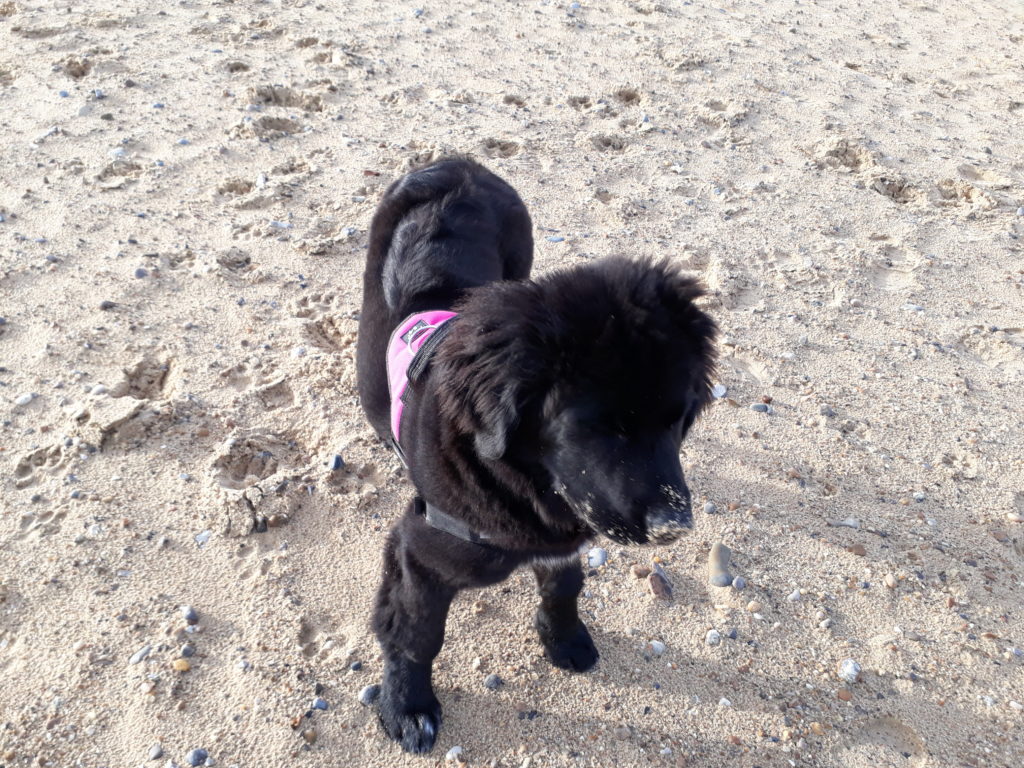 Day 29 Merrie and I have got into a routine in the mornings, after we have dropped everyone at school we go to the beach and she has a lovely run around on the beach and meets up with lots of other dogs, unfortunately because she is a very large and clumsy puppy, she has a tendency to accidentally bump into other dogs! Today was a particularly warm day which meant all of the small dogs were out for a stroll, I think from now on I am going to have to pick the parts of the beach that has larger dogs on, otherwise she might squash one! 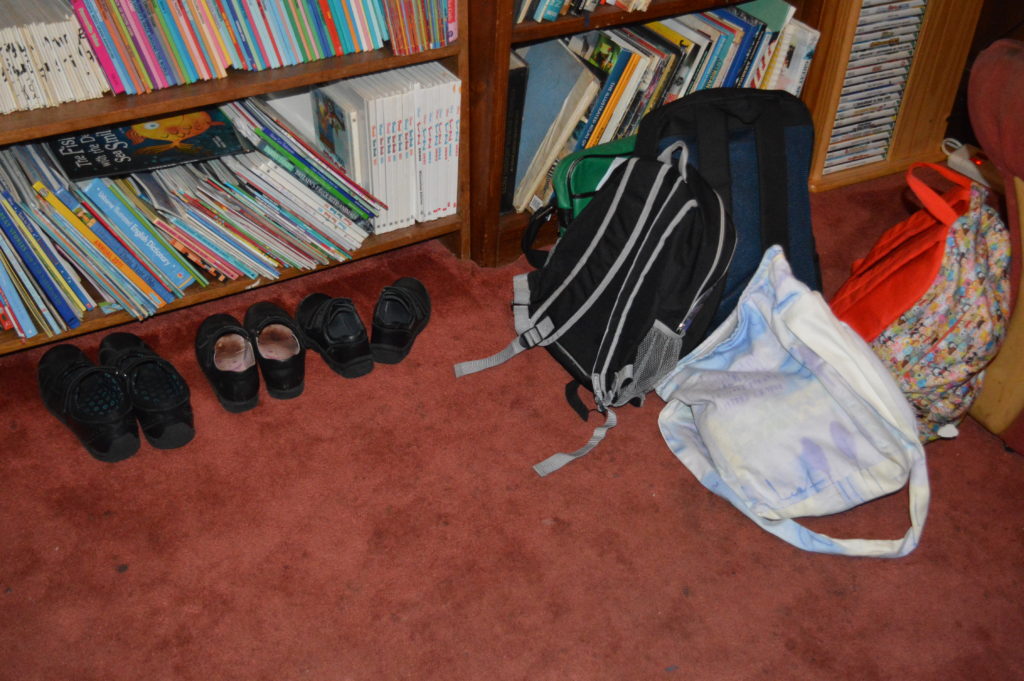 Day 30 – In an attempt to be slightly more organised, I have started laying the children’s shoes and bags next to the bookcase when I come down in the morning, as I get a little tired of trying to find one lost shoe in the shoe cupboard! It actually seems to be working quite well, so far! 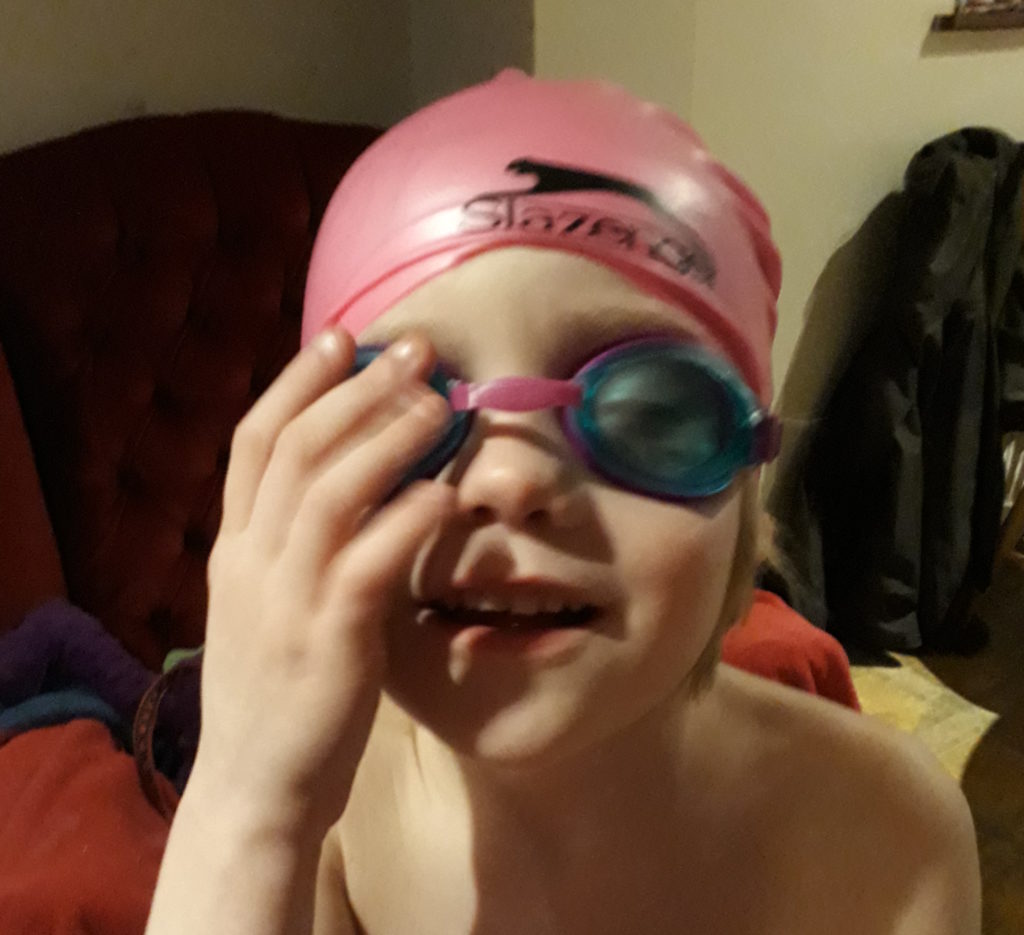 Day 31 – Eowyn’s class are currently going swimming to the local pool every Wednesday as part of their PE lessons, when she cam home today, Tyrus was very keen to put on her swimming hat and goggles!

Day 32 – Kaide had cooking today and he made burgers, which turned out really well, apart from he had somehow misread the recipe and added 3 cloves of garlic instead of 1, needless to say every time he opened the pot to show anyone we were hit with a very large whiff of garlic, there certainly won’t be any vampires round our house anytime soon! 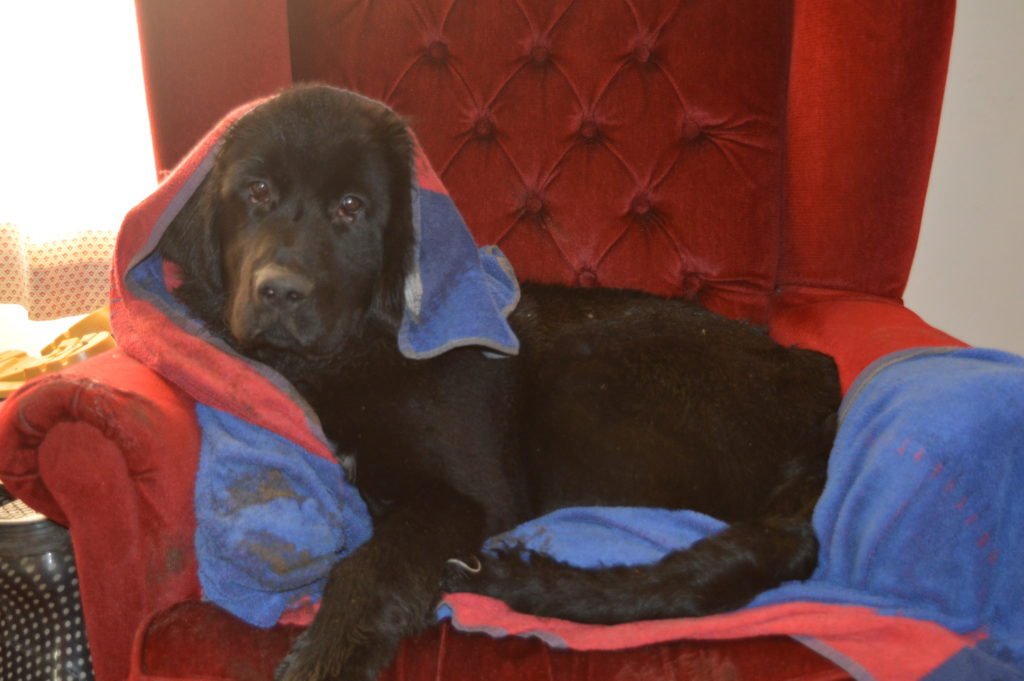 Day 33 On Fridays Viggo doesn’t go to preschool and Lochi isn’t in college until 11, so we tend to find the beach walk doesn’t work, I let Merrie out in the garden for a run around and she was gone for ages, I finally found her digging in the mud at the back of the garden, her paws were filthy and she proceeded to run around the house leaving muddy pawprints everywhere! When I eventually caught up with her and wrapped her up in a towel to dry her off, this is the way she chose to sit in the kitchen! 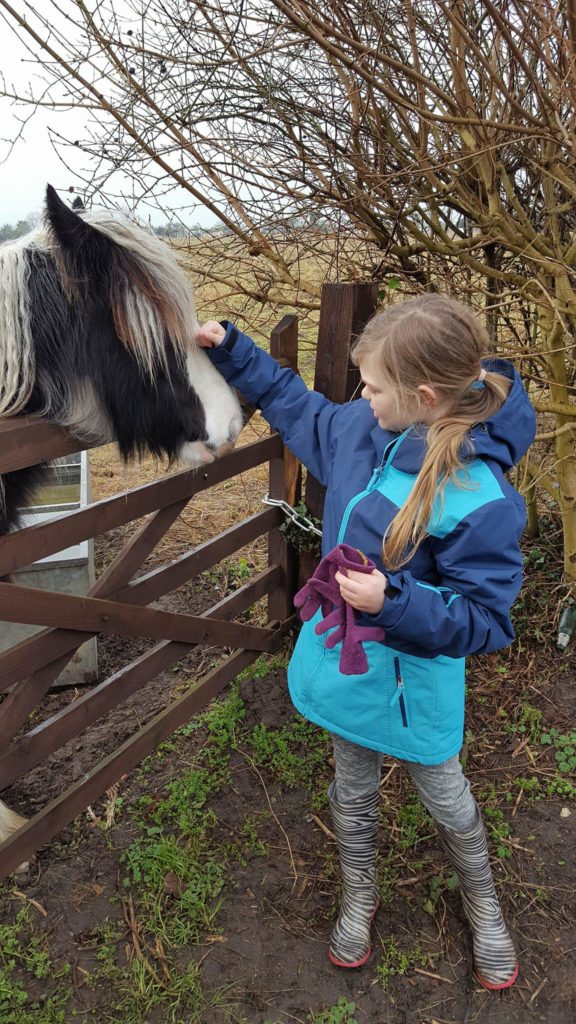 Day 34 Asa, Neva, kaide and Eowyn took Merrie out for a walk quite early this morning, which meant I had a lovely lie in, well sort of, as both Viggo and Tyrus had decided to sneak in our bed sometime during the night and I awoke to both of them lying horizontal with their feet in my back! Whilst on their walk Eowyn made friends with a horse.

That’s our week, Neva has also applied for the position of Head Girl for next year when she is in Year 11, so the voting for that takes place next week. I have to remember to make parents evening appointments for T and E ready for after half term, its all becoming so modern, we now just go online and pick our slot, which is great but the little slip of paper used to be a great reminder, so I must remember to transfer the appointment dates and times to the calendar, otherwise I will forget! 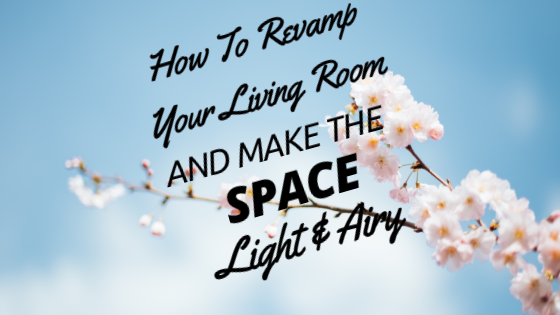 What Family Holiday Should You Go On This Year?