Week 4 already, I just don’t know where January has gone! 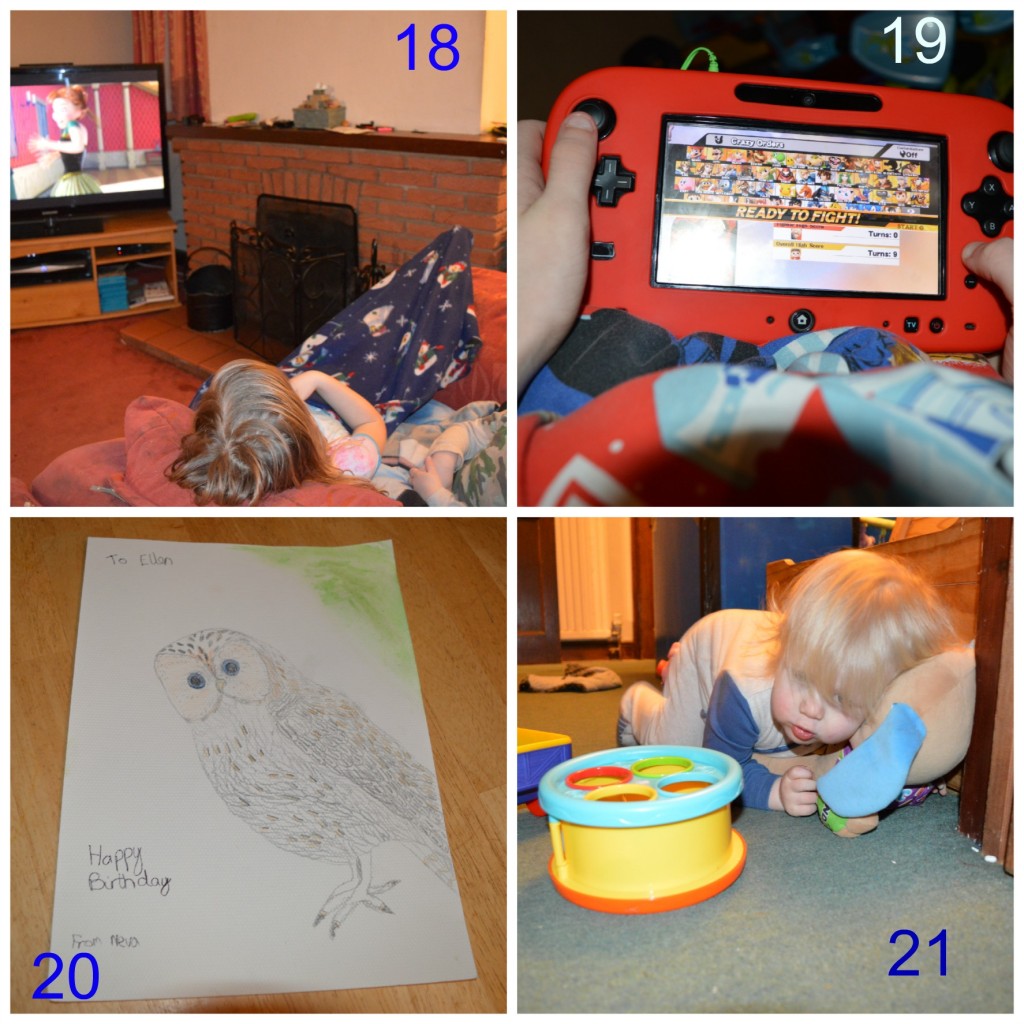 18 – On Sunday Asa took the four big ones to the cinema, they had been desperate to see Hunger Games before christmas but never got round to it, so they were extremely delighted when our local cinema had a January Sale on, where every seat cost £1.49. The three little ones snuggled down to watch Frozen AGAIN!

19 – This time it was Lochi’s turn to be ill, thankfully it was only a day, he said that he looked too ill, but allowed me to take a photo of Super Smash Bros…

20 – It was one of Neva’s best friends birthday, she spent hours drawing each individual wing on the owl.

21 – I heard Viggo giggling and walked into the hallway to find him laying on a teddy whilst it sang him a song.

22 – Every morning that I let the chickens out, Viggo has decided he would like to sit on a chair at the window and watch all the chickens coming out for breakfast.

23 – Neva made Chocolate Oaties and Viggo thought they were delicious!

24 – Kaide all ready for his friends birthday sleepover.