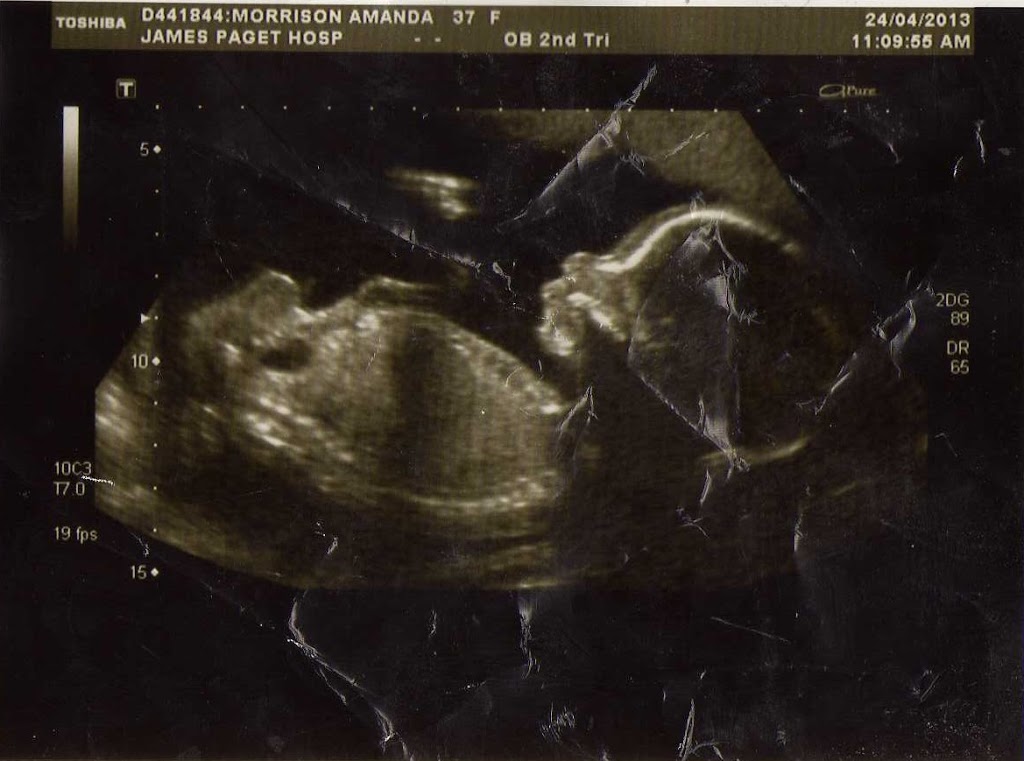 Yesterday we went for our 20 week scan, I am pleased to say that everything was absolutely perfect. although a very wiggly baby, so Eowyn does indeed have its name right.

The scans have changed quite dramatically since I first saw Xene on the screen all those years ago, this time I could see in the brain and everything.

When we first went for  a scan with Xene we didn’t find out the sex, and we decided to have a surprise with Lochlan, by the time Neva came along both children were desperate for a baby sister, so we did find out, the same happened with Kaide, that they were desperate for a baby brother, luckily all had gone the way they had hoped!!
When it got to Eowyn we decided as we had two of each it didn’t matter which we had, so it was a surprise and Tyrus, my first homebirth we decided to wait and see too.

Originally with wiggly I had said I wanted to keep it a surprise, but as the weeks have progressed, I became more curious as to which baby would end my pregnancy run, as this is DEFINITELY the last one!!

Asa and I agreed that we would find out, Wiggly was extremely co-operative, and very prominent, that even if we had decided not to find out, we would have known anyway!!

Yes I can reveal that baby Morrison number seven is…..

So I have eventually changed the boy girl pattern, but everyone in the household is extremely excited for a little baby boy, I am hoping that he is just as chilled out and relaxed as Tyrus, but looking at him bouncing around the screen I have my doubts!!