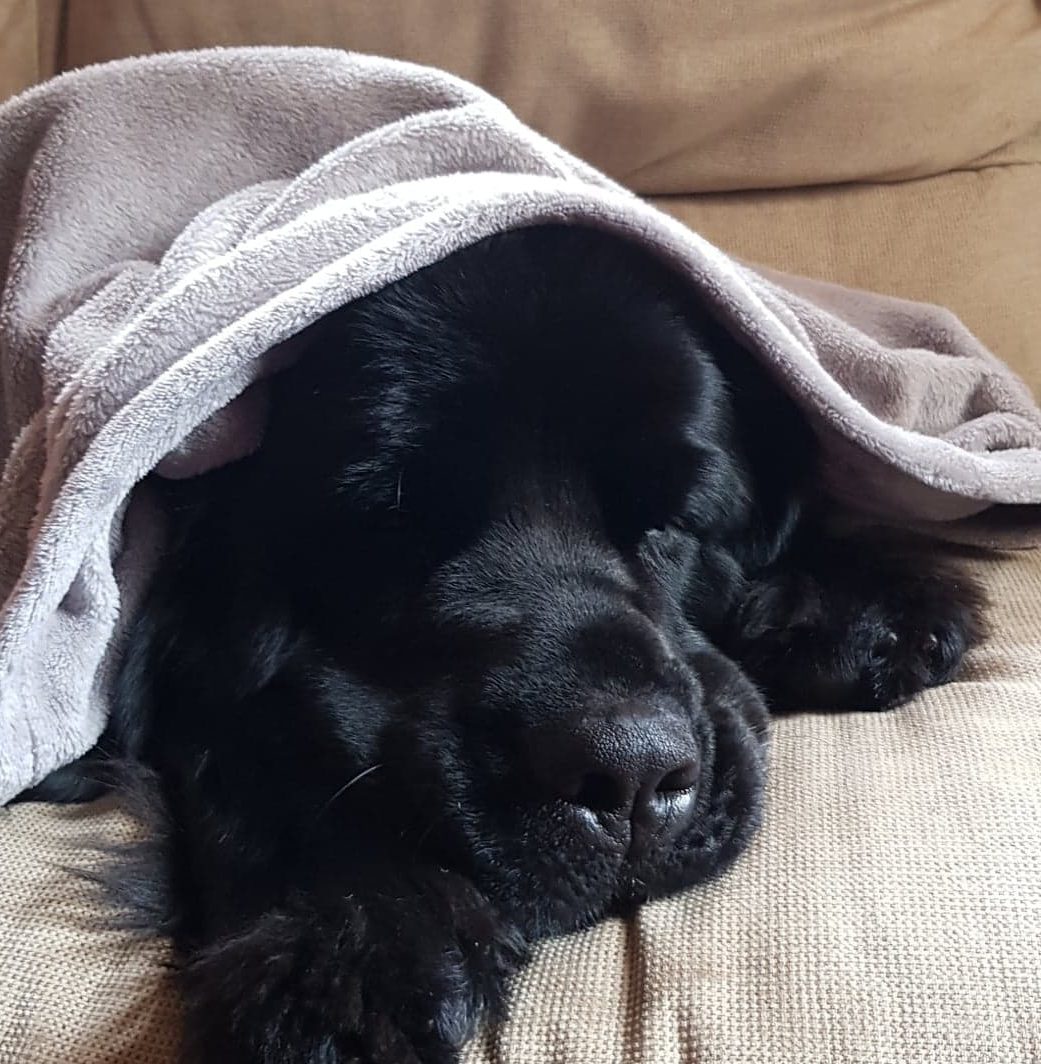 We first got our first family pet when Kaide was just a baby, Moonstone was a dwarf lop rabbit, she was a house rabbit and she was very loved, she had her own tunnels and obstacles that she would climb over, I remember one time when we went on holiday my father in law thought she was getting a bit old to be jumping into her cage, so he made her a little ramp!

When we moved out into the countryside we decided that finally we could get some chickens, we started off with  6 large chickens, but very quickly it became quite addictive, and at one point we had hatched and reared 44 chicks, if you read all the chicken books it tells you their average life expectancy is between 3 and 4 years, currently we still have 13 chickens and they are at least 7 years old, only two of them are still laying eggs, so we have plenty of well loved chickens that are basically live rent free!

In October 2017, we finally made the decision to get a family dog, there was no question, the breed we were going to get was a Newfoundland, and we made the trip to Cornwall to collect Merrie, she was big and bouncy and grew at a great rate, unfortunately a year later she passed away suddenly from an unknown heart condition, we were all devastated and it affected the entire family (and most of the school run who had become used to her daily slobbery greeting)thankfully we had taken lots of photos of her growing from the big fluffy puppy through to the giant bear she became, and even made an instagram account to follow our puppy journey. 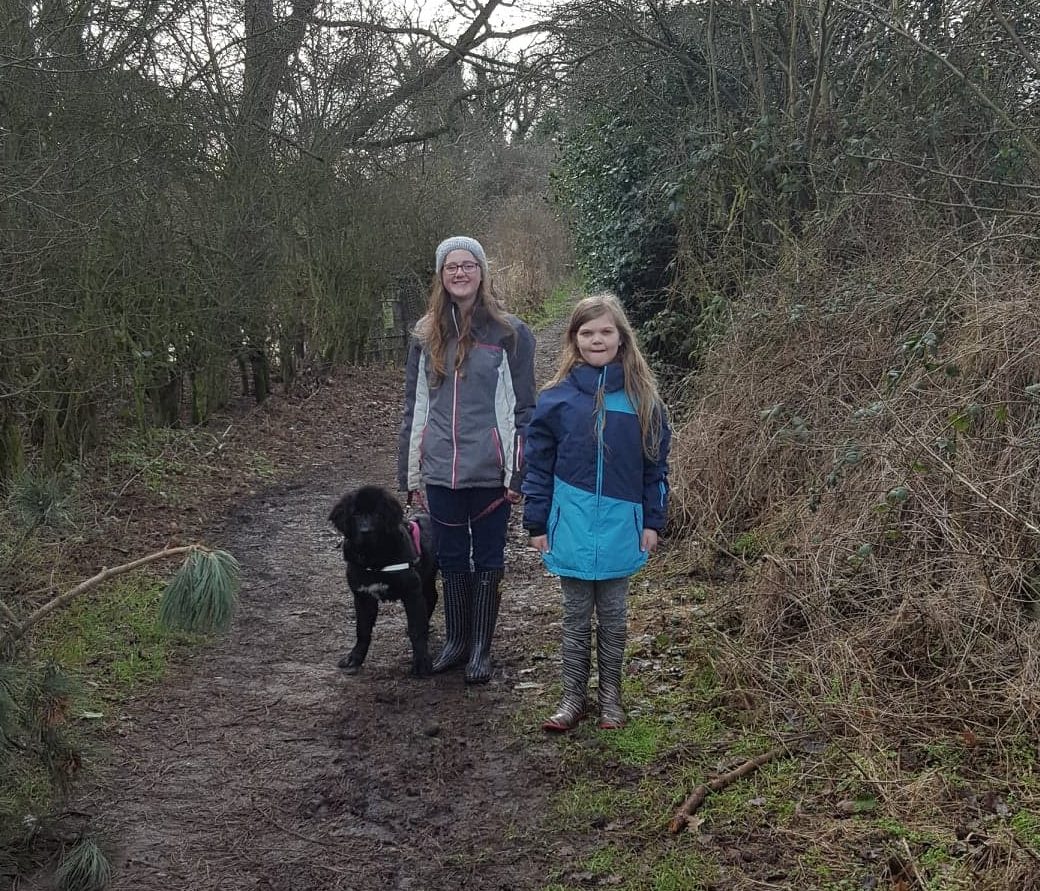 Its quite difficult to get a decent pet portrait when your giant puppy is unable to sit still for a few seconds, we did take some amazing photos of her on our walks, and we were even approached by a couple of pet photographers that tried to convince us that she would be fine in a studio!

That’s why I am pleased to find companies like Vectorpets.com who can provide you with a hand drawn custom pet illustration, just by using a photograph, you can choose from a detailed style or a cartoon, so your pet can be remembered forever. 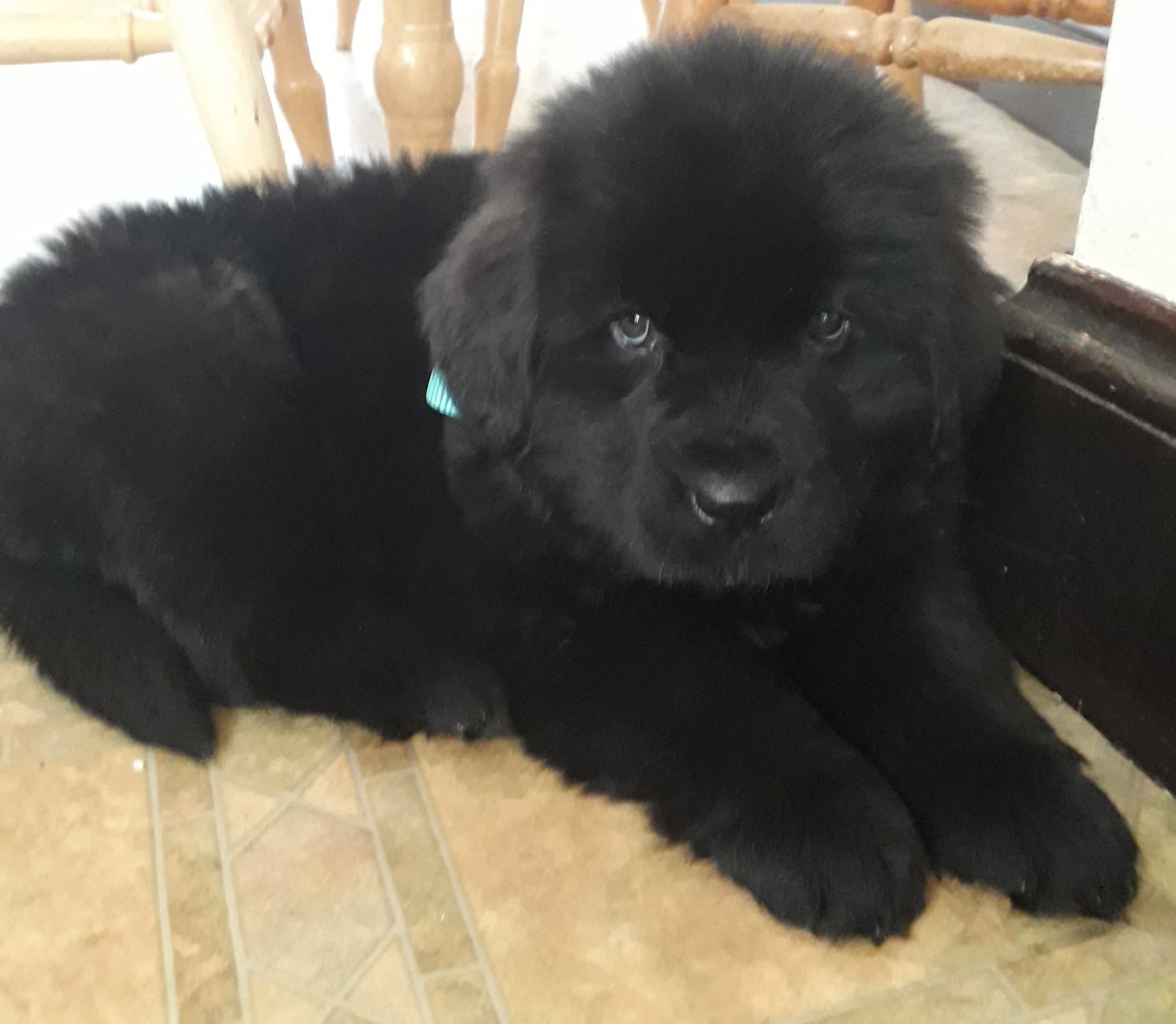 Our pet journey doesn’t end there, after six months of feeling completely heart broken, we realised that our household was very empty without a giant bundle of fluff, and we made the decision to look for another Newfie, the journey wasn’t straight forward, we found a perfect puppy, not far from home, unfortunately when the puppies were 6 weeks old the breeder found out that they had something wrong with them which meant we were unable to have her, it was at that point I had almost given up hope, until I found a litter that had one little black girl left, the people due to have her were unable to continue with the sale, it just seemed like fate, so last March Neva and I made the journey to Wales (we do like to travel) and collected Bree. 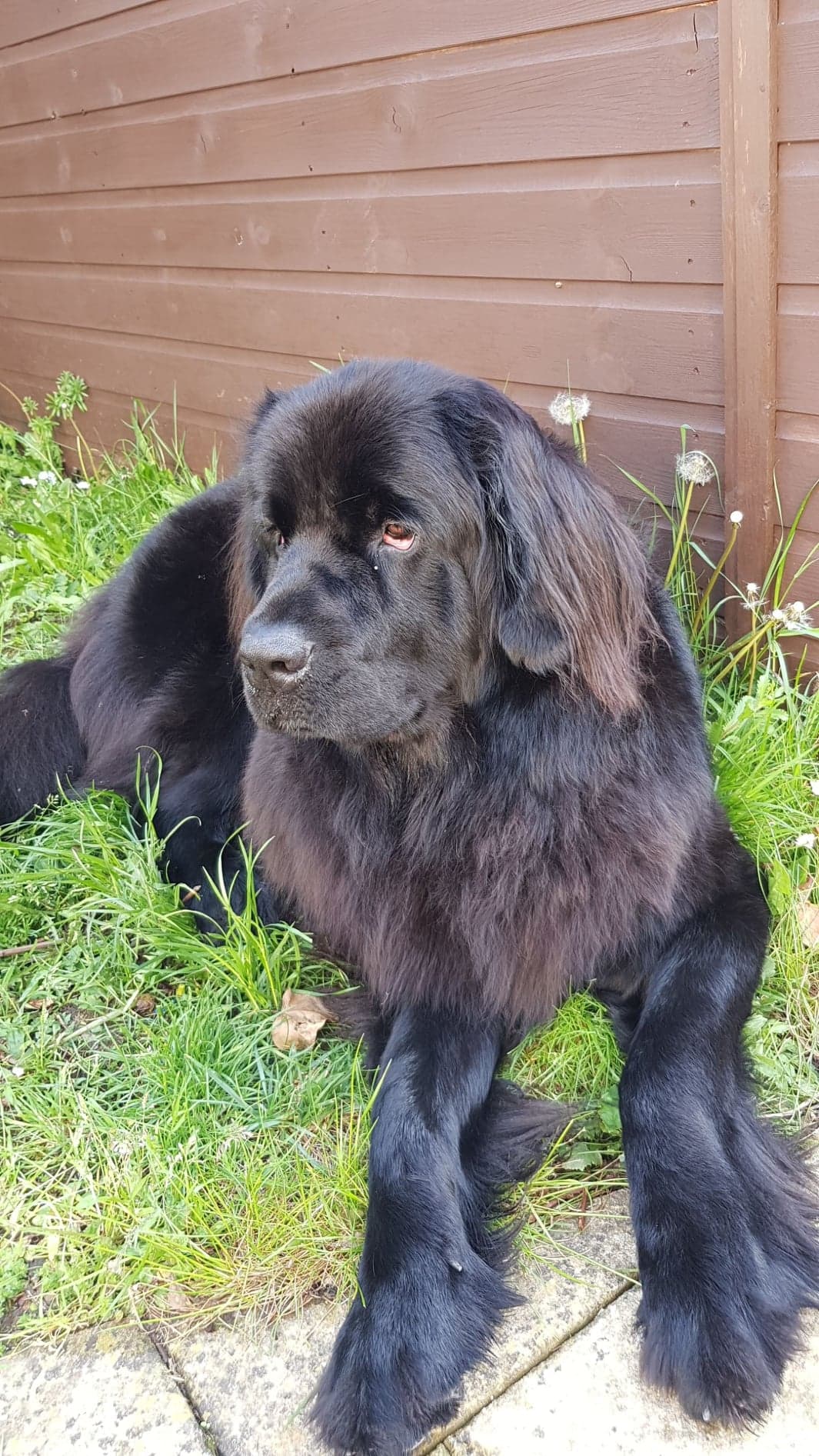 Now aged 18 months she is the perfect giant bundle of fluff, who spends her days eating, sleeping and giving lots of cuddles, and we couldn’t be happier, she continued the Morrison Newfie social media and sometimes features in the Dog Blog too. 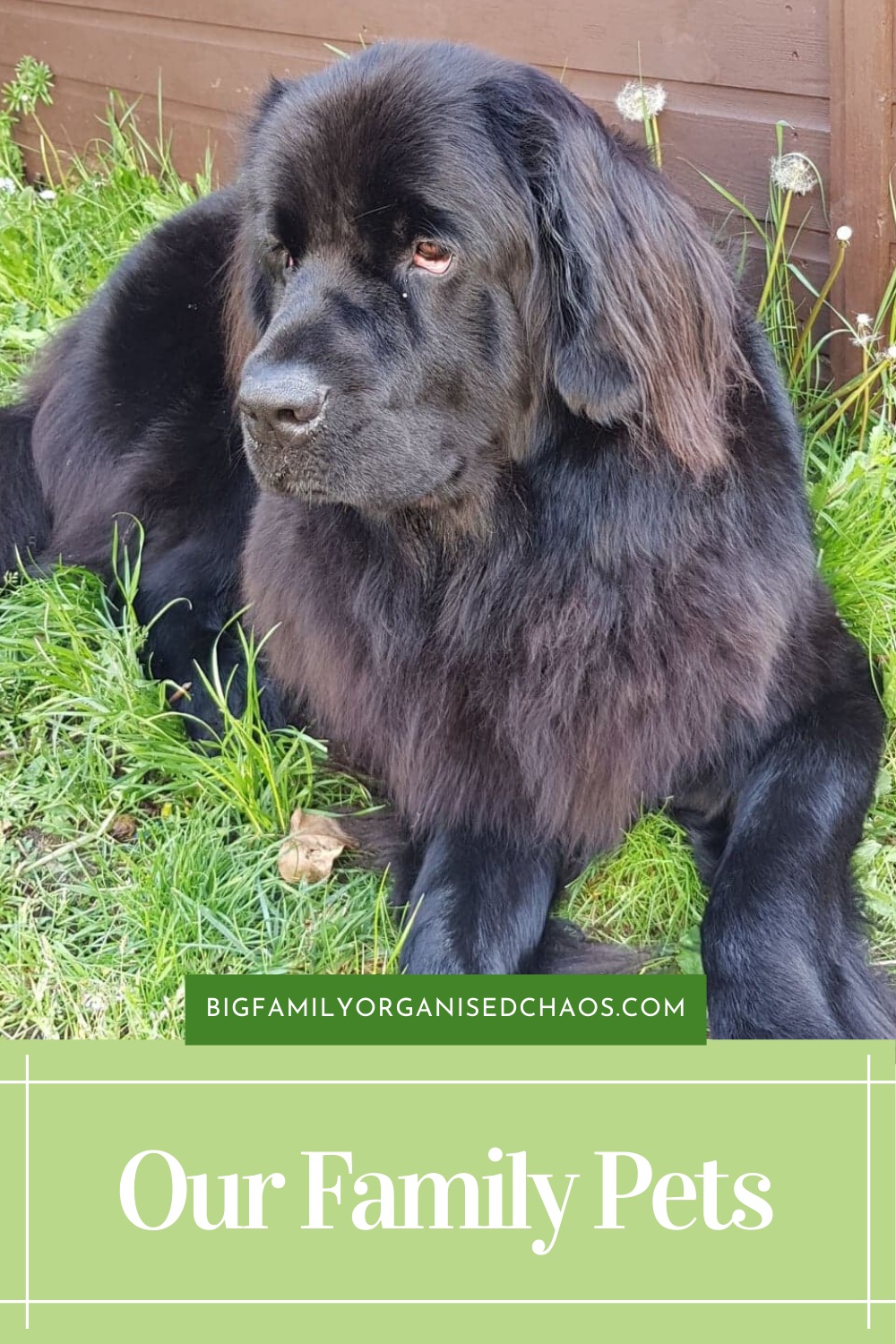