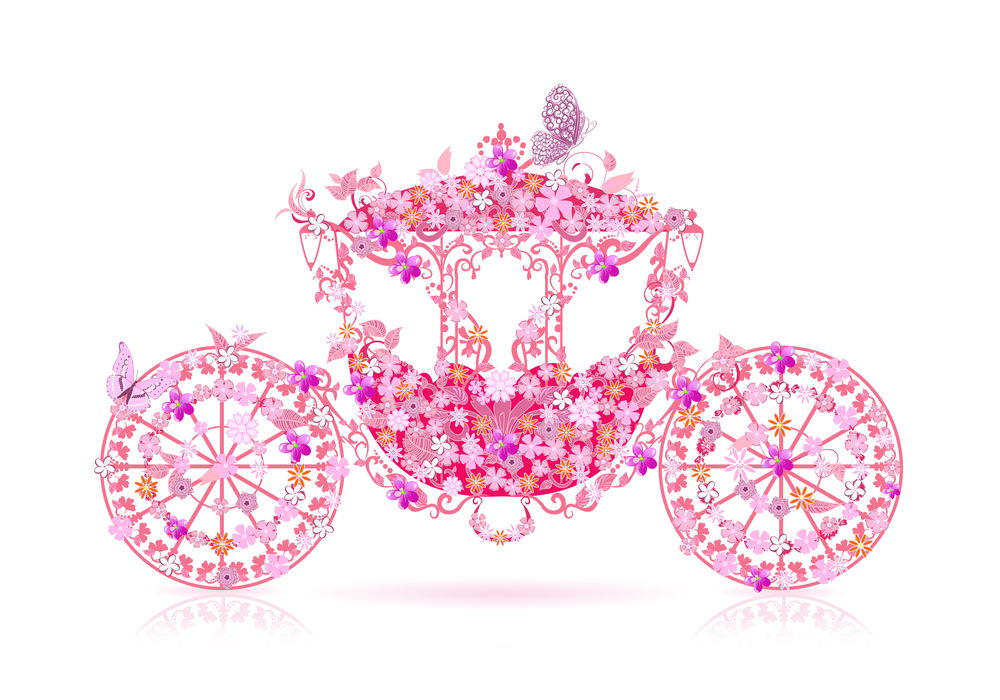 Mandi Shall Go To The Ball!

A couple of weeks ago Asa and I had the end of season Rugby Summer Ball, a great excuse for us both to dress up and for me to get my hair done ( I deserve it at least once per year!)

We have a Summer Ball every year and I have built up quite a collection of pretty evening dresses, most of them are black! At three of the events I have been pregnant, thank goodness I no longer need any maternity clothes. As it is quite a lot of the same people that attend every year, I am not able to recycle the same dresses for at least 5 years, and then there is the issue of weight gain!! When I first met Asa I was a size 8 and weighed less than 8 stone, with each pregnancy I have managed to pretty much get back to my pre pregnancy size, until the last one!

Since I have stopped running around like a headless chicken after tiny people and my job now involves lots of sitting at a laptop or PC, my weight has steadily increased, not to mention the ease of grabbing a couple of biscuits as a snack from the biscuit tin!

The week before the ball I draaged all the possible dresses from my wardrobe and began sorting through them, and narrowed it down to about three, one I had bought a few years ago that was another black, very flowing and looked lovely on the hanger, first I tried to put it on with the side zip all the way down, but I struggled to do it up by myself, so I suddenly had a great idea, do up the zip and put it on over my head…

Logic would dictate that if I can’t get it done up, it’s not going to fit, but for some reason I ignored logic and ten minutes later I was yelling for Xene to come and rescue me as I had indeed got it over my head, and got one arm in, but that’s as far as I got, in fact, I couldn’t get to the zip to undo it and free myself at all! Thankfully Xene and I between us managed to free my very red and crushed top half and i had to admit defeat that in fact NONE of my dresses would fit.

Then in walks my fairy godmother Quiz Clothing who literally saved the day! The only problem I had was deciding which dress to choose! They have a huge range available for all events, I knew that I wanted a fairly long dress, and I also wanted it to fit, without getting stuck!! 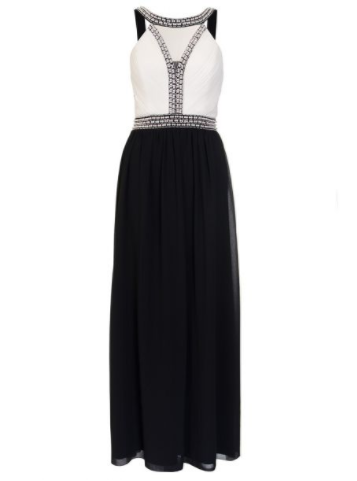 After much deliberation, I chose a Cream and Black Pearl embellished Maxi Dress, the delivery was super quick (thank goodness as time was running out!) and it fitted beautifully, and felt amazing. I was a little unsure with a Maxi dress, as only being 5ft 2″ tall sometimes I get swamped, but this one was perfect with my killer heels (also a once a year thing). 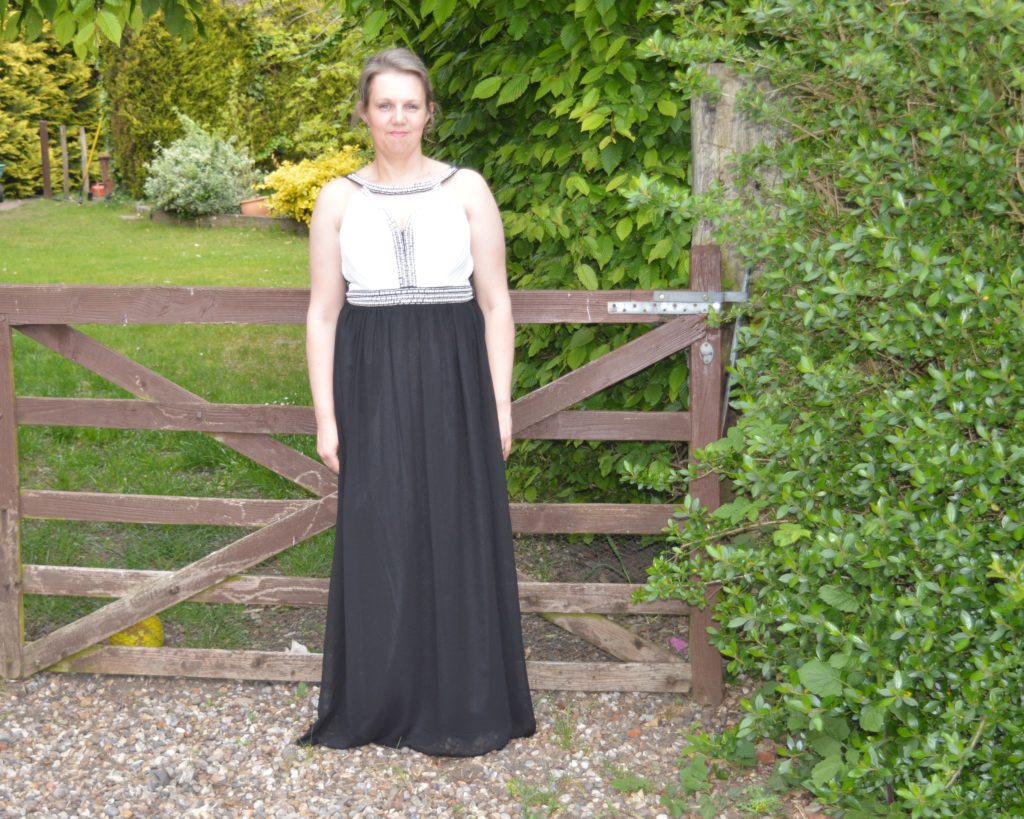 Thankyou so much to Quiz clothing, you literally saved the day! 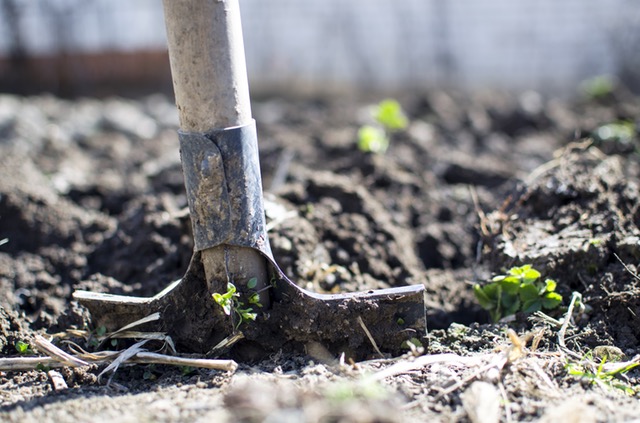 Gardening: Winter to Summer in your Garden 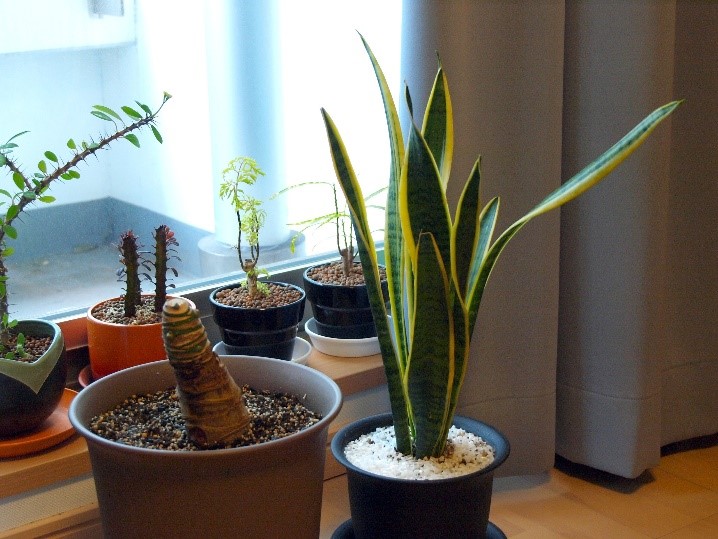 Small Ways to Spruce up your Rooms