In March last year I wrote a post about Lochlan choosing his options and Neva sitting her SATs, you can read about it here.

However, it didn’t go quite as I had imagined. During the summer term, the High school Lochlan was attending began to not meet his needs and I began to question if him being there was the right thing for him. Neva had also been accepted at the school, due to start September, but her class had fragmented to at least six different schools, so I felt that she didn’t need to attend any particular school because of friendship groups, which is when we began to look at our options.

The High school that was actually our catchment school had been turned into an academy, and the results were amazing. Neva was open to change and we went for a look around the school, she immediately asked to change schools, and told Lochi that he should consider it too.

To my surprise Lochi agreed to have a look around and then make a decision. After a walk around the school he asked to move schools.

One year later and he is the happiest I have seen him at school, he is getting excellent grades and it really was the best choice. His new school does gcses slightly different, he has already completed a Graphics gcse in year 10, (results will be here quite soon) next year he has chosen photography, so i’m hoping he can give me some good tips!

He has overtaken me in height and shoe size, but still has his curly hair, he is a great big brother and the two little ones idolise him, Kaide thinks he is OK when he plays on any kind of IT with him!

The next year will involve working hard and then deciding which college and what he wants to study, its never dull in this house! 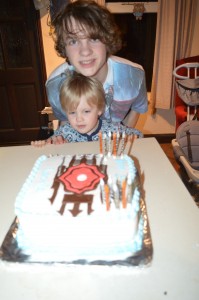