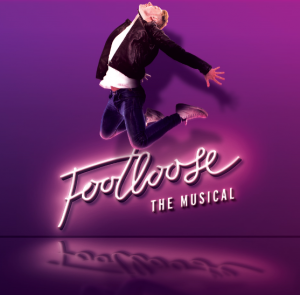 Last night I took Xene, Lochlan and Neva to The Marina Theatre to see Footloose The Musical and I would say to anyone considering getting tickets for this show to DO IT!

I have always loved the original film, (not as keen on the remake) and Xene and Lochlan also watch it quite regularly, Lochi is a HUGE Kevin Bacon fan!

With some musicals I have gone to see I have been left feeling disappointed, so I was unsure how I would feel about Footloose, but I am happy to say it was nothing short of Outstanding.

Gareth Gates was brilliant as Willard, he had all of the audience in stitches with his dancing and the gold shorts and wind machine are something else!

Maureen Nolan made the part of Vi come alive I could empathise with her totally, trying to be the middle person between the father and his daughter.

Luke Baker as Ren was nothing short of brilliant and actually brought a tear to my eye with his scene with the Rev trying to convince him to hold the dance.

The entire show had you gripped in their story. The fact that half of the cast were acting and playing instruments, whilst dancing was superb.

Press ups with a guitar on your back, big tough guys playing loving ballads on the piano, simply amazing.

Never have I seen a show that I would happily turn round and go straight back in and watch it all over again.

Footloose The Musical finishes in Lowestoft today, but it’s magic continues throughout the country, check their list of dates and if they are coming to a place near you, grab yourself tickets NOW, you will not be disappointed.

disclosure :  All thoughts and opinions are my own, I bought the children tickets as a Christmas present, but had to tell the rest of the world how fab this show is!

14 thoughts on “Footloose The Musical – Amazing!”