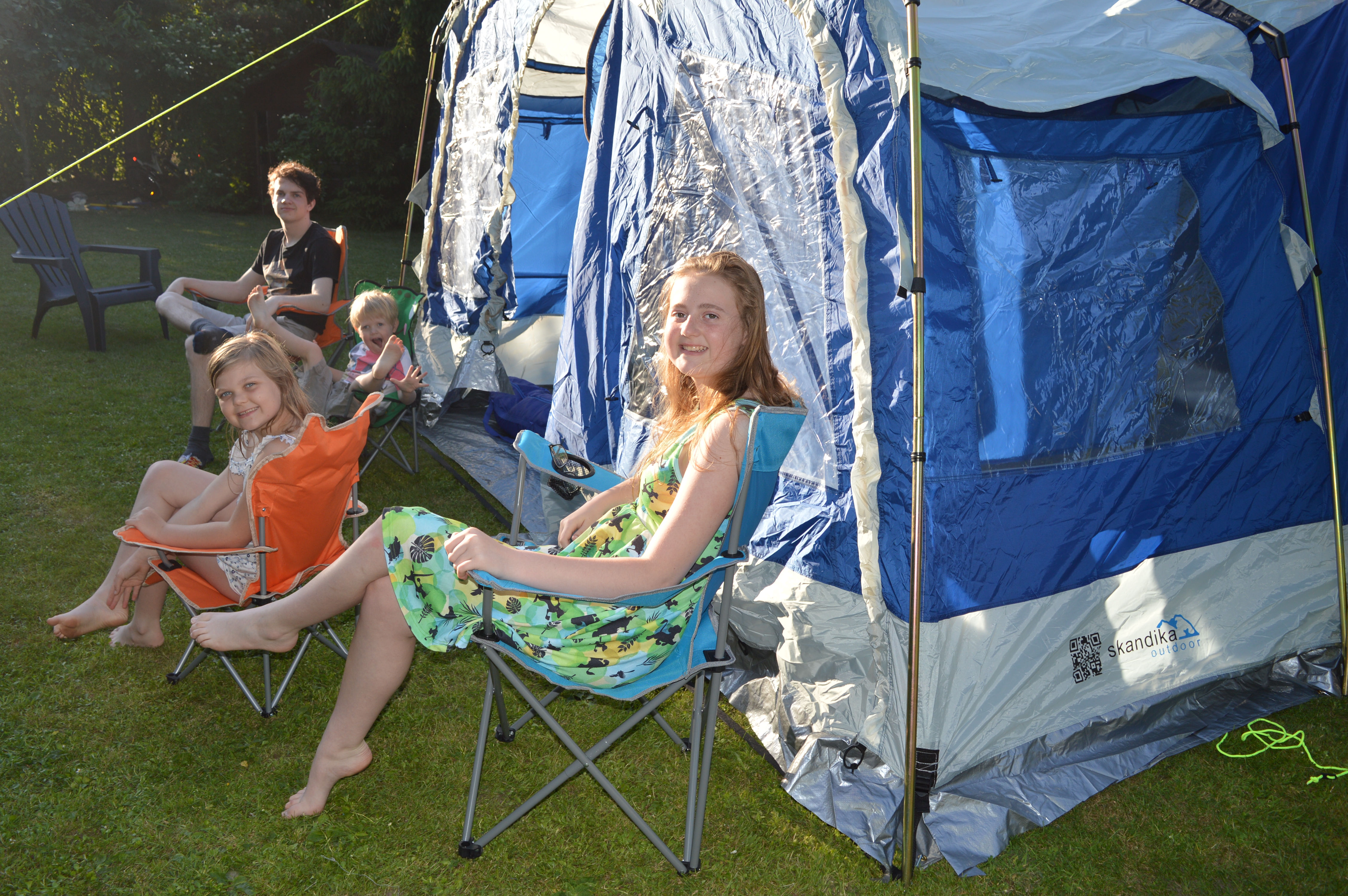 Family Time During Half Term

I am a member of the Collective Bias®  Social Fabric® Community.  This content has been compensated as part of a social shopper amplification for Collective Bias and its advertiser. 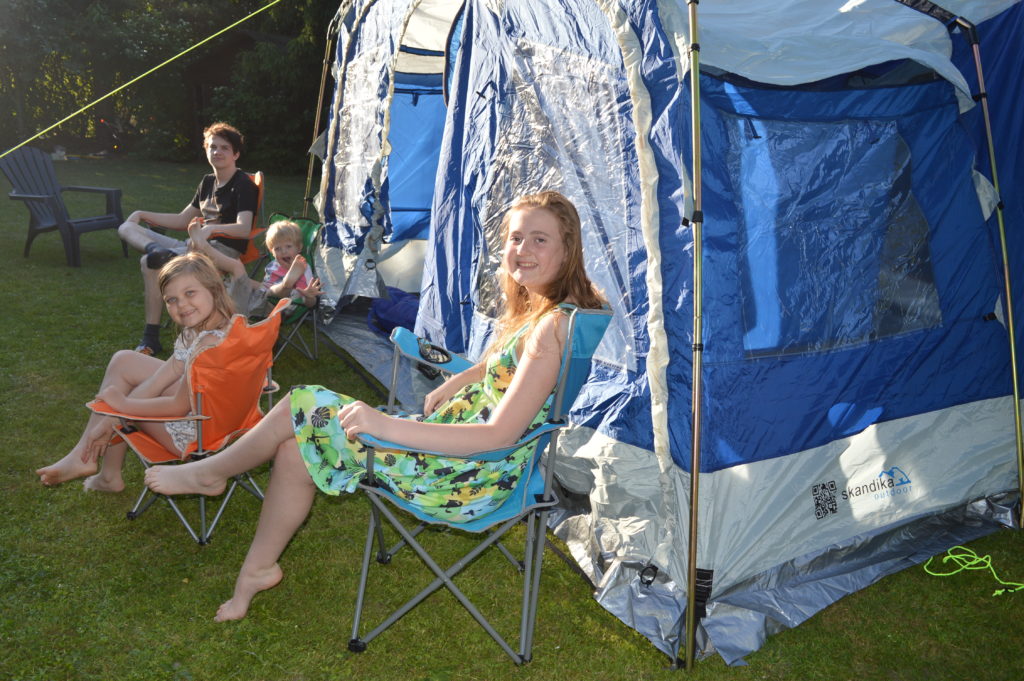 It only seems like a few weeks ago that it was the Easter holidays, and now here we are into the May half term, it’s hard to believe the next one will be the six weeks one!

Thankfully the weather for this week has been fabulous so far, I know lots of people dread the school holidays but I LOVE having all seven children at home together (I may change my mind by the end of the week!)

We have just received a fantastic 12 man tent, so the plan is to start planning a fun filled summer of camping fun! However, we needed to practice putting the tent up first (but that’s another story!!) and what better place to test drive the tent, but our very own back garden, which is all well and good, but we haven’t been camping since we had four children, so our equipment doesn’t quite match up to the amount of people. I had seen an advert that Asda had camping equipment in store, so Eowyn, Kaide, Asa and I took a trip to the Great Yarmouth store to browse and find some chairs, as we had decided that was what we were sadly lacking, luckily they had the perfect sized chairs for the smaller people and some great adult chairs for the older teens. 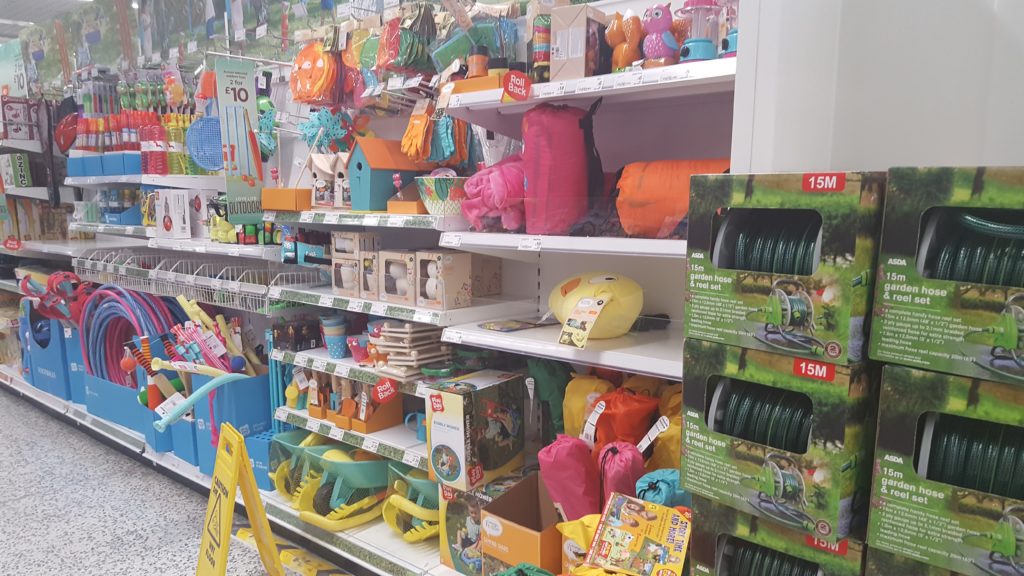 We located the children’s chairs at the end of the outdoors aisle and the adult ones were in the middle of the brilliant camping selection, I couldn’t believe the price and the quality of both sets of chairs, 2 for £10. 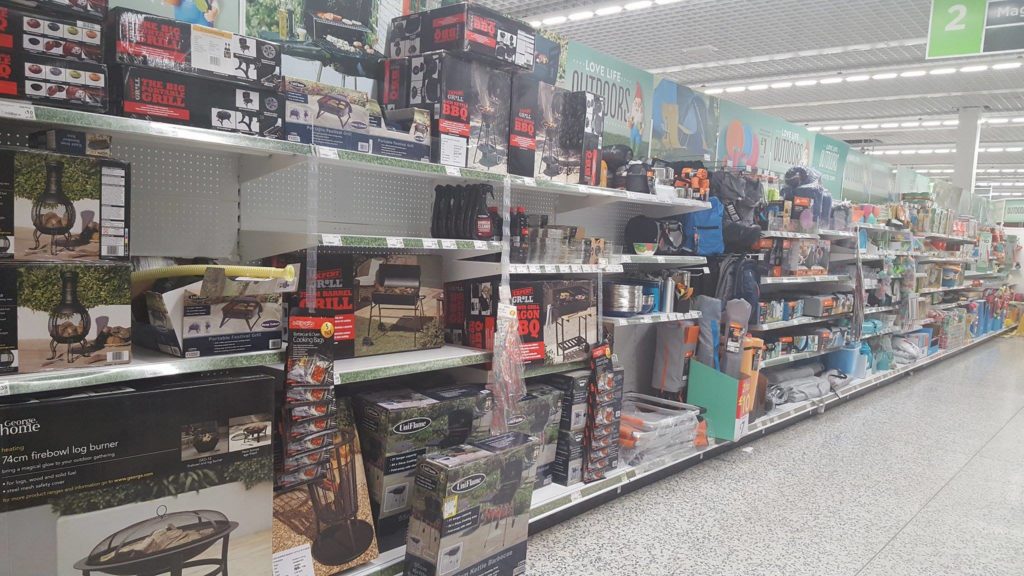 Eowyn also insisted that she purchased a camping mat, to go under her snugglesac, and for just £4 I couldn’t argue! 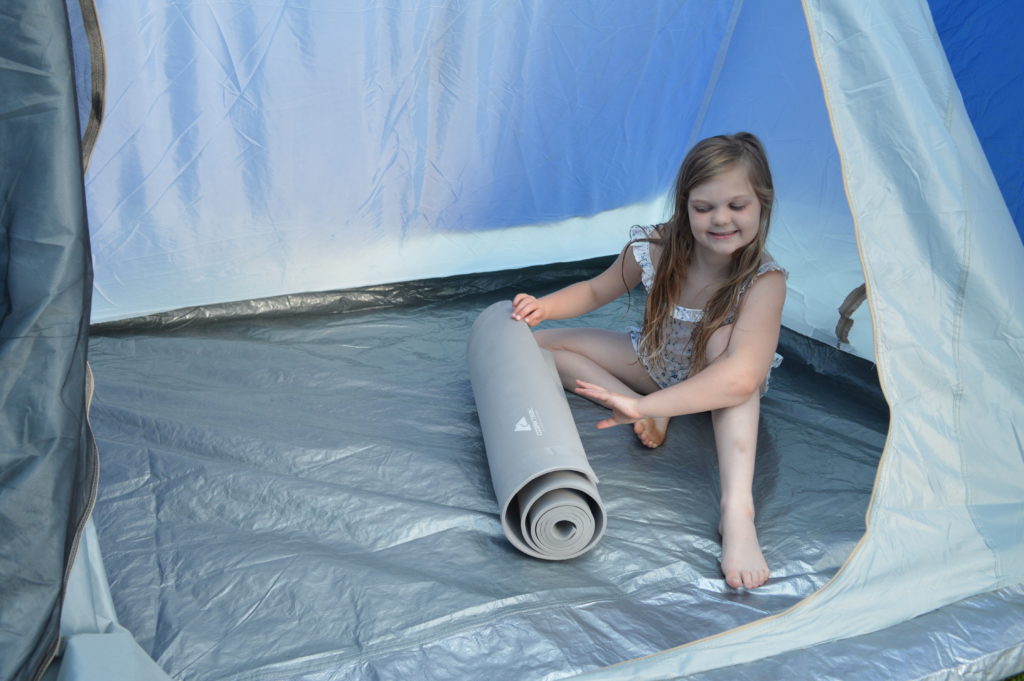 As you can see, Eowyn was very keen to put her camping mat out and get snuggled. 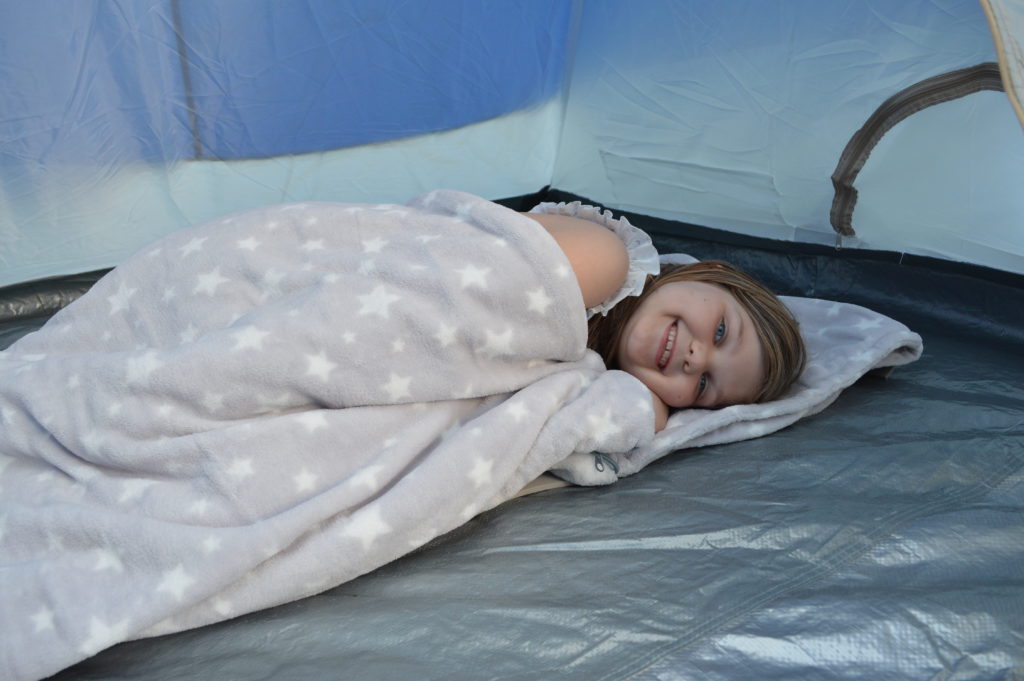 The children have been spending lots of time in the chairs, according to Lochlan and Neva they are on quality control, that their job is to test them out and make sure they are working correctly! They will say and do anything to get out of doing any chores! 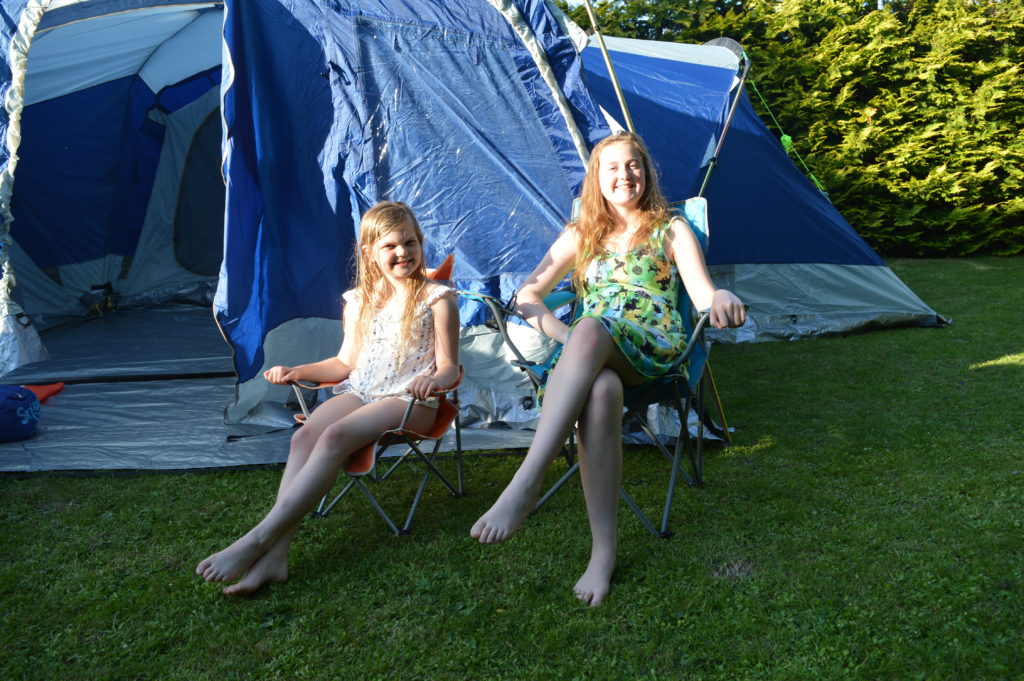 The rest of the day has been spent, personalising their chosen bedrooms, the next step is to have a sleepover in the tent, to give Asa and I an idea of how many nights we think they will be able to manage (or the other people on a campsite can manage!) And whether we are better going to a holiday park with entertainment or a REALLY big field with nobody in the near vicinity! 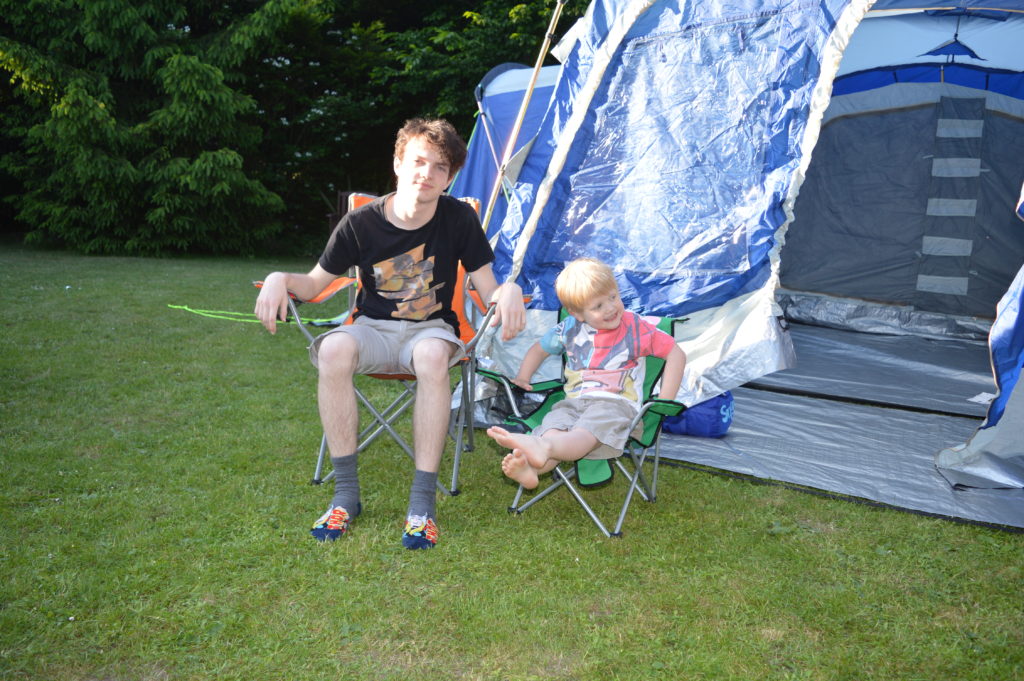 Have you been camping with the children, do you have any hints or tips ?

Gifts That Will Really Bring A Tear To Hubby's Eye