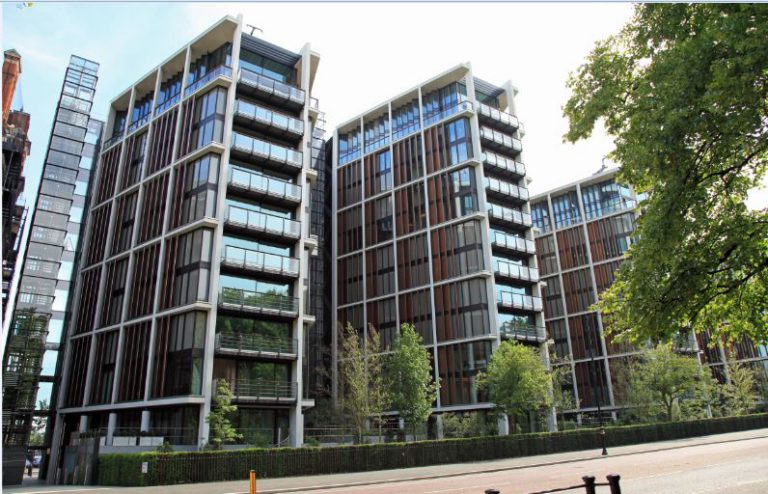 Last week I was the good daughter-in-law and dropped a set of keys off to the estate agent for my in-laws, they were selling one of their properties, so to save them driving over an hour just for a 2 minute job, I did it for them. It was a bit surreal walking into the estate agents and catching up with the owner because he was the man responsible for renting Asa and I our first flat 22 years ago! A real family business that has stayed in the same location, with the well known personal touch, he asked after the family (which has grown significantly since our first one bedroom, first floor flat!) and it made me start thinking about our first home together, the next day I was taking Neva to choose some new glasses and we walked passed our first home, which is actually for rent at the moment!

It was the top floor of a large Victorian house, with big high ceilings, a large lounge, small galley kitchen, bathroom and one bedroom, we also had a little balcony, we would sit out on in the evening, we had a lovely lady called Anne who lived in the flat downstairs, and we were very happy there, we were right next to the town centre and easy access to both our jobs, whilst we were living there we found out that we were expecting our first child, so a one bedroom upstairs flat wasn’t ideal, so we made the decision to move to a house with more bedrooms and a small garden, but I will never forget our first home together!

Flats already account for a high proportion of homes in the UK. The Government estimates that there are 2.75m private leasehold flats in England – about an eighth of all dwellings – and this figure doesn’t include Scotland and Wales. With the global population predicted to rise from 7.6 billion to 9.8 billion by 2050, that’s a lot of extra people and with more than two-thirds of them living in cities, you’ll need to learn to love your neighbour as it could get pretty cosy!! In our local areas we still have a couple of the giant high rise flats buildings, that dominate the local skyline, we are extremely lucky that we live pretty rural, but already many of the green fields that used to be full of crops have started to be turned into housing estates.

Recently, I was given a number of fabulous facts about flats by blocks of flats insurance specialist Deacon* and I think you’re going to enjoy them, have a read and let me know if you knew any of them, or if you have any more to add!

1 The Romans built the first flats 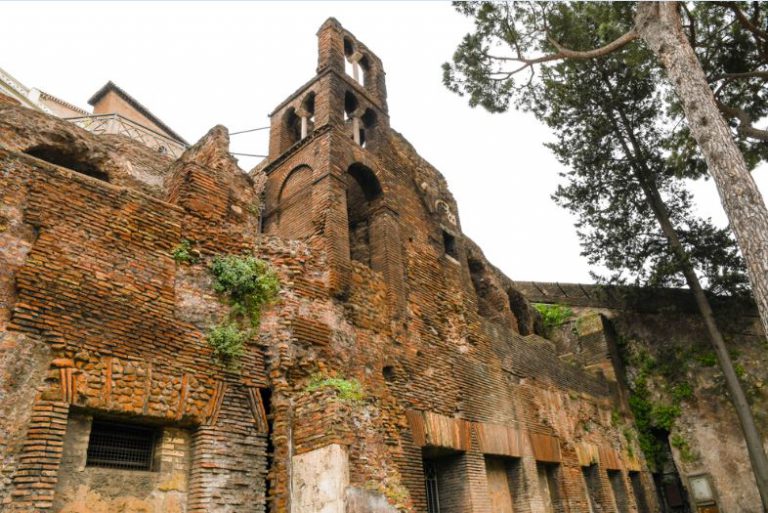 After 5 children studying The Romans as a topic during year 3, I was already aware of this one (along with Roman clothing, jewellery, coins and Gods!) From the middle of the first century BC, Rome’s success led to massive population growth. Housing was a major challenge, and to meet it the Romans learnt to build higher and stronger structures. The use of concrete, based on lime and volcanic sand, allowed them to create new architectural forms, while a standardised brick allowed for speedy and reliable construction. Their early multi-storey blocks, typically with shops on the ground floor, and apartments on two or more floors above, were called insula or “islands”. This was because they often occupied an entire city block, with roads flowing around like the sea. 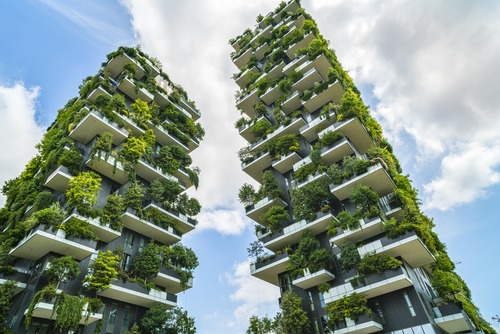 On these two apartment buildings in the heart of Milan,  trees sway on balconies and sunshine dapples the leaves of thousands of plants creating a vertical forest! The brainchild of Milanese architect Stefano Boeri, the Bosco Verticale (Vertical Forest) uses more than 20,000 trees and plants to adorn the high-rise buildings from top to bottom – a project now being exported all over the world, from China to the Netherlands. Few people would deny that trees are good for cities and the people that live in them, it would certainly make some of our local high rise flats look less ugly if they were adjourned with much more greenery! 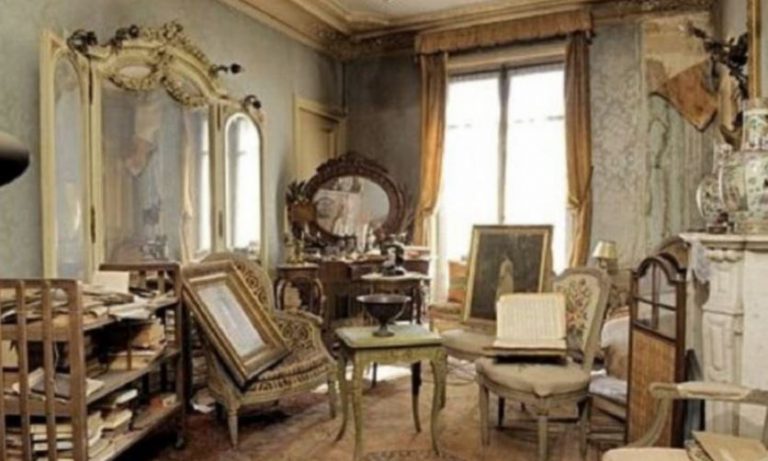 Imagine being a famous actress in 1939 and fleeing your apartment in Paris before the outbreak of hostilities of WWII and never returning, that’s exactly what happened to Marthe de Florian. Not very unusual and it happened a lot in those times, but imagine if the owner of the building never noticed! When he finally died in 2010, the experts called in to assess the value of his estate stumbled across a scene that was frozen in time. The flat was just as it had been left, untouched by time! I dread to think what would happen if we fled our house and nobody realised for 70 years…. 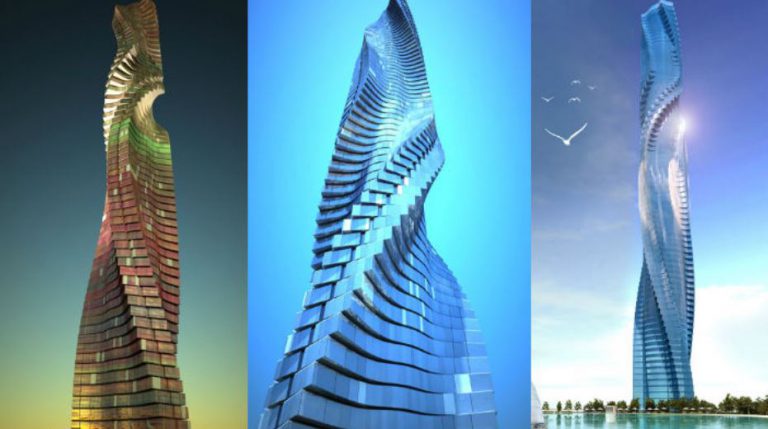 Looks more like it should be in a science fiction movie, but according to architectural firm Dynamic Group the world’s first shape shifting rotating tower block is set for Dubai by 2020, not sure if i’d be able to stomach living in somewhere like this, you’d be permanently dizzy!

5 Recycling on a gargantuan scale 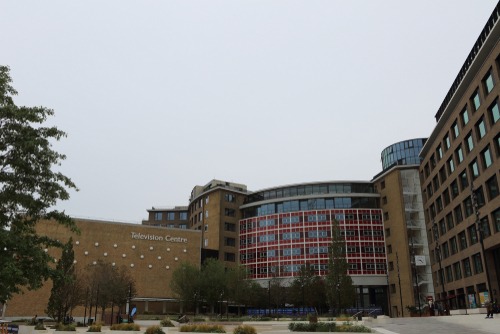 With recycling so high on everyone’s agenda these days, its so lovely to see old buildings being restored and converted into living accommodation, I love walking around cities and just looking up and admiring the intricate details of the old buildings, not to mention preserving all of the original character and features. Building like the BBC Television Centre at White City, Battersea Power Station and the Hoover Building in London are all brilliant examples of this. The first residential tower block in the UK, “The Lawn”, was constructed in Harlow, Essex in 1951. It is now a Grade II listed building. Conversions are taking place across the country and there seems to be no shortage of buyers for urban loft apartments in prime city centre locations, so expect the trend to continue.

6 That whistle in your apartment block is a train coming through! 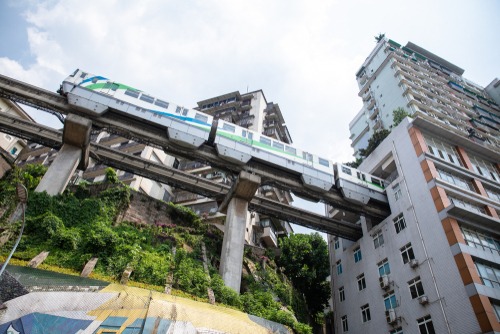 You would think that something like a railway would prove building flats difficult, but not in the emerging mega-city of Chongqing, Chinese planners didn’t let a little thing like a railway get in the way of the need to build more flats in . The train line simply goes straight through the residential building! I can imagine this may be one of the more unique flats to live in, but I guess it depends how much of a dedicated train spotter you are!

7 Tallest, Smallest, Largest – where in the world? 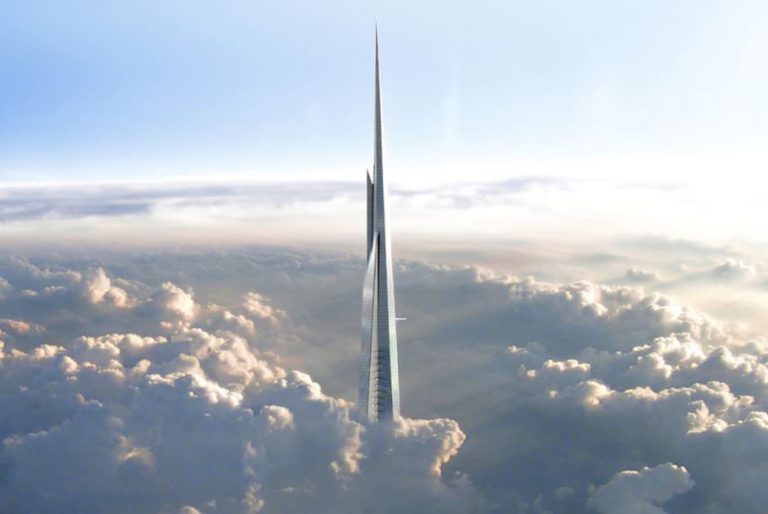 Kaide and I are always the butt of most small jokes, so we can sympathise with the Chinese city of Wuhan who are building tiny 50 square foot two person apartments, due to serious concerns of overpopulation, in contrast the largest residential building is The Copan Building in São Paulo, which is a 38 storey dwelling with over 1160 apartments and houses over 5000 residents.

The tallest building is currently in Dubai, the iconic Burj Khalifa that stands an impressive 72 metres high, currently the worlds tallest skyscraper, but only for the next couple of years when it will seem small in comparison to the 1000 metre high Jeddah Tower, due for completion in 2020. 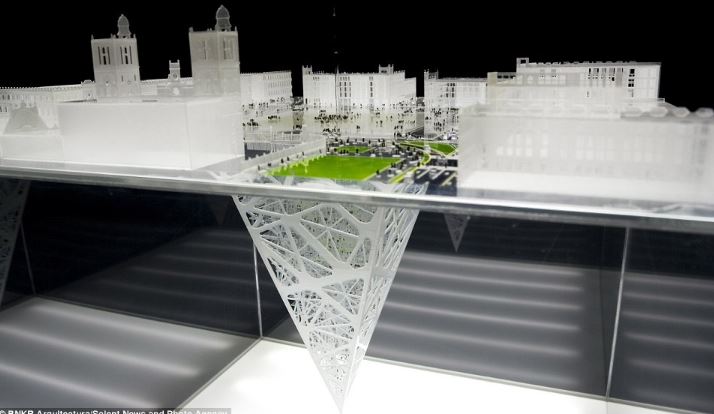 Not keen on going up high, then how about going underground, in 2011 an Earthscraper for Mexico City was mooted, which consisted of a 35 storey upside down pyramid, it’s still on the drawing board, due to practical and structural challenges, but in the future, who knows ?

Maybe not an underground structure, but with 70% of the earth’s surface covered by water, maybe we can expect an underwater city, don’t think it’s possible, then check out Aequorea, a proposal to be built off the coast of Rio de Janeiro.

Thinking how lovely it would be to live in the capital city, enjoying all of the great theatres and national landmarks, well I hope you have an amazing salary to accompany your dream, its no surprise that London ranks #2 in the world for the highest cost of a city flat, with THE most expensive being Hong Kong. MSN Money took a look at the different costs of living in UK cities , with housing the major component. Not surprisingly London came out top, where you need £7090 a month to live a comfortable life. Oxford, Edinburgh and Brighton came next at around £5000 a month. Of course, you can choose to commute and halve your living costs. Southampton residents need ‘only’ about £3000 a month, for example, although after years of rail strikes and woes, that could be cold comfort.  The UK’s most expensive flat was valued in October 2018 at £160 million, it probably won’t surprise you to learn that the address for that particular property is One Hyde Park, London. SW1, I’m afraid I would rather live away from the hustle and bustle and choose to stay in the countryside, where I could own a mansion for less than 1% of that cost!

10 The last word…..the legacy of feudalism 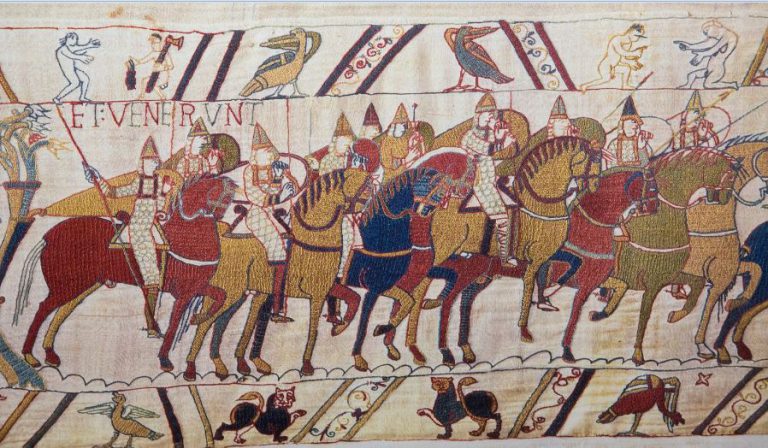 Did you know that, even in this day and age, it is still possible to lose your flat and be let with absolutely nothing, if you don’t pay the service charges or break the terms of your lease, no matter how long you have been paying them, over the years its become harder for a landlord to get you out and claim the flat back, but it can happen.

The reason for this is the feudal system which developed following the Norman Conquest, by the 16th century the law of leases in England and Wales had morphed into a very confusing system, and in an attempt to rectify this the Law of Property’s Act 1925 came about, which limited ownership to either freehold or leasehold.

* Deacon has specialised in providing buildings insurance and associated products for flats and apartments for more than 29 years. Find out more at www.deacon.co.uk 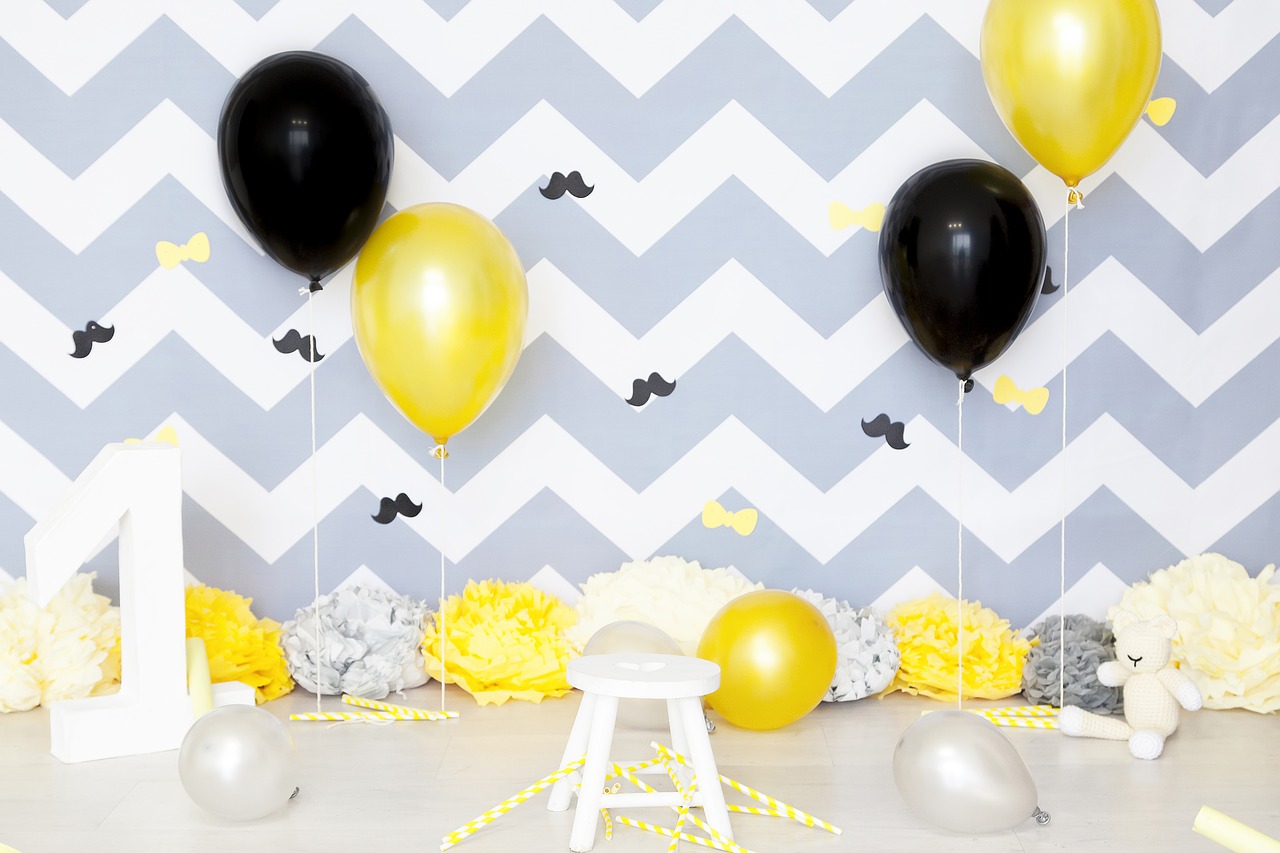 Planning a Fun Birthday Party for Your Child 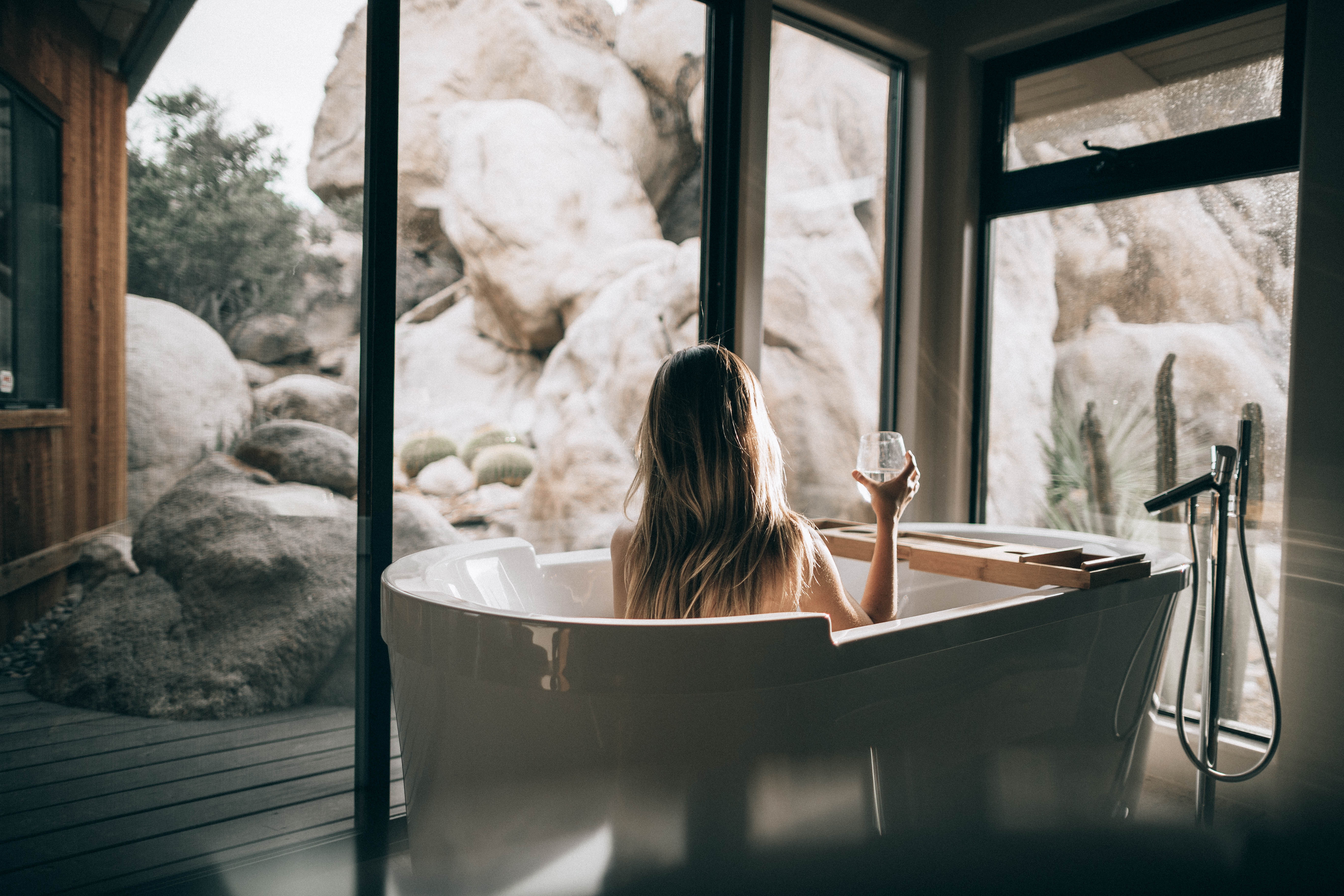 Bathroom Essentials That Your Private Sanctuary Must Have