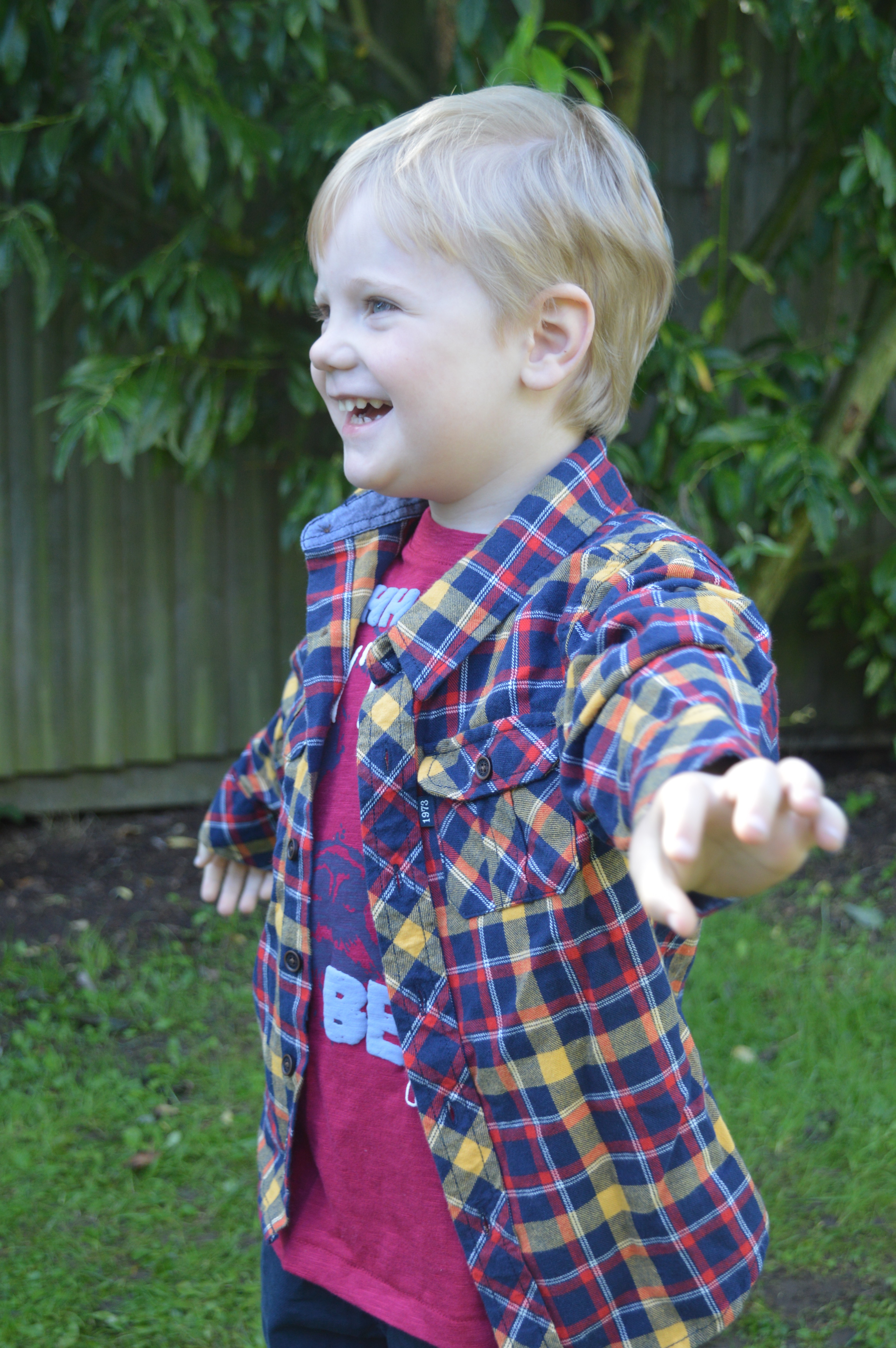 I began this blog when Tyrus was just six weeks old, and now he is four and is full time in reception!

Looking back over the last four years has been lovely, although I have noticed that I have never spoken much about Tyrus and his personality, until now… Here is my update for Tyrus.

Tyrus had a lovely relaxed homebirth, I commented at the time that his name means thunder, but if he was too loud and boisterous I would change his name to meaning something calm.. 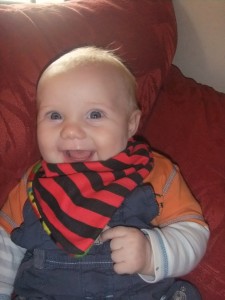 When he was quite young I noticed that he wasn’t a very demanding child, he never really cried and would sit happily for hours looking at his toys or listening to his mobile. As he got a little older he remained the same quiet little boy, he never really spoke to people outside of our family, even his interaction with his grandparents was limited, he never looked them in the eye and always stayed very close to me or Asa and the older children. Having already had five children I had a lot of experiences to compare him to and I knew he wasn’t quite the same.

When Viggo was born he did not even acknowledge his existence, it was as if he didn’t exist, there was no jealousy because he simply looked straight through him.

I vividly remember the health visitor visiting shortly before Viggo’s birth for Tyrus’s two year check and I became extremely defensive over his toilet training! (I put it down to hormones, but secretly I knew it was bigger than that)

When Tyrus turned three he began preschool, so I thought that this may confirm that I was correct that he wasn’t at the same stage as the other children, he still hadn’t mastered the art of toilet training, luckily the preschool he was attending was the same one that they had all been to and the SENCO was one of Xene’s best friends mum, so I could talk openly to her without feeling that I was being judged or neurotic!

There are other things, he doesn’t like wet foods and repeats the same sentences over and over, he becomes fixed on a particular program or action, he speaks in the third person “Good job Tyrus” but he is the most kind and loving child who has a wicked sense of humour and can do a 100 piece puzzle without blinking, and if you jumble up 7 different puzzles together he will do all seven at once!

Preschool called me in for a meeting and confirmed what I had thought, that there are signs that Tyrus may be on the autistic spectrum. They started an IEP and contacted the local Early Years team to come and observe Tyrus. I contacted my own health visitor and told her my concerns, she gave me some questionnaires to fill out that give you a certain score for each action and they came out high enough for a referral to be put in for a paediatrician to observe him and wait for some kind of diagnosis, this was back in June and I have received an appointment for November!

In the meantime the start of big school was looming closer, thankfully it is also the school that all the others have attended so felt confident that they would be fully supportive of Tyrus. I had a meeting with the head and preschool and spoke of my concerns and how best to deal with Tyrus, my biggest fear was the fact that he has no concept of danger and will wander off, which was demonstrated when he went for a visit and he decided that he would like to go and find Eowyn in her classroom!

The beginning of September arrived and my attempt at toilet over the summer had failed, I kept wondering if he had been born three months later and had an extra year at preschool would that have helped, but we are where we are. 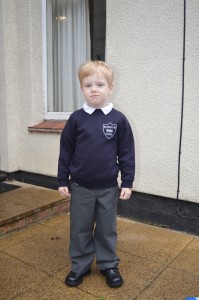 This is Tyrus on his first day, as you can see he’s not sure about this school stuff, especially having to get up SO early!

Each morning he has a few tears, but the teacher tells me they disappear as quickly as I do in the morning!

He has a very lovely lady that helps him throughout the day, and the difference in him already is huge. He nevers tell me anything that he does at school other than when he comes out he says “I had a great day” thank goodness for tapestry that I can log into at home and find out what he has been up to. This week included a visit from the Fire Engine and a Policeman on his motorbike, which Tyrus got to sit on, he is also attempting a 260 piece puzzle!

Yes he still has little meltdowns about the tiniest things, yes his diet is erratic, BUT he has now become best friends with Viggo and I am finally finding the words to let you know about my little superstar.

Next step to go to the paediatrician and see what he says, until then Tyrus has two amazing siblings at school that take care of him so well I couldn’t be prouder, Eowyn and Kaide you are also superstars xx

12 thoughts on “You Have A Great Day! Tyrus update”