The end of January already! Thank goodness for this project, as I haven’t managed any other posts, so at least this means everyone knows we are still alive…. 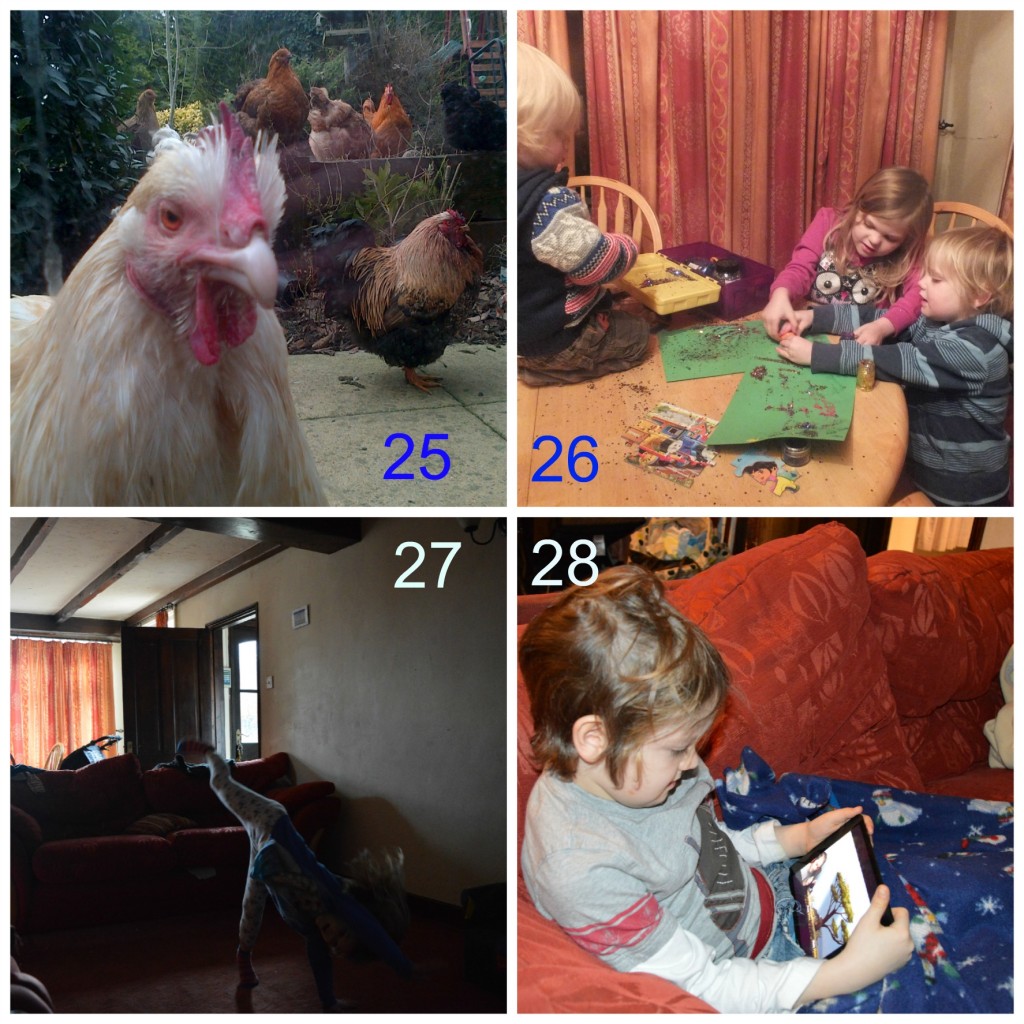 Day 25 – The chickens wanted to get in on the photography! This is Malfoy the most docile cockerel.

Day 26 – Eowyn decided that she wanted to do some sticking and gluing with glitter, the two boys wanted to join in too. I still have glitter on most of the surfaces in the lounge…

Day 27 – Eowyn has been perfecting her cartwheels, unfortunately she keeps doing them in the lounge, regardless of who is watching television in front pf her, I will be glad when the weather is warmer and she can practice on the patio.

Day 28 – I had a phonecall from school to say that after swimming Kaide was complaining of stomach ache, so he only had a short day on Wednesday. ( I secretly think he was glad of a bit of peace and quiet!)

Day 29 – We actually had a nice snowfall, so after school we visited Lound Lakes that looks a little different all covered in white.

Day 30 – Tyrus is absolutely obsessed with puzzles, he is aged 3 and already completing 100 piece jigsaws, but not by themselves, oh no, he likes to jumble up four or five different ones and sort them as he goes!! Poor preschool, they are struggling to find him hard enough ones and his keyworker said to me that she was going to order some more!!

Day 31 – Today was a Coal Fire day!! All ready for the snow that is forecast over the next couple of days!!