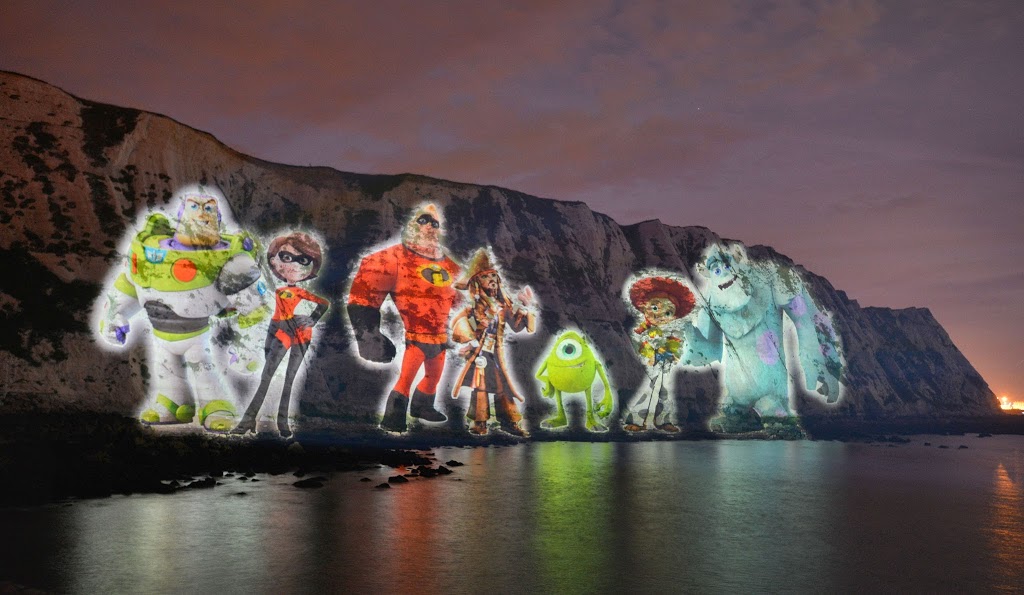 The White Cliffs Of Disney!! WORLD’S FIRST DIGITAL DISNEY PARADE COMES TO THE UK FEATURING THE CAST OF DISNEY INFINITY –
London, UK (22nd August, 2013) – Buzz Lightyear, Jack Sparrow and Mr. Incredible joined an all-star cast of Disney characters to take part in the world’s first Digital Disney Parade in the UK last night.
Seven of Disney’s most iconic characters were projected onto the White Cliffs of Dover to mark the arrival of Disney Infinity, an all-new gaming universe where players can create their own adventures with characters from across Disney like never before.
The illumination stood 80 metres high and 500 metres wide – the biggest in the UK – and signaled the start of the first Digital Disney Parade, which saw the digitally projected characters turn London into a city-sized playground as they ran across the capital.
The parade’s full line up included Buzz Lightyear and Jessie (Toy Story), Jack Sparrow and Davy Jones (Pirates of the Caribbean), Mr. & Mrs. Incredible (The Incredibles), Mike Wazowski and Sulley (Monsters University) and The Lone Ranger and Tonto (The Lone Ranger), all appearing together here for the first time.
The Digital Disney Parade can be viewed here below
Joss Hastings from Disney UK comments: “Disney Infinity creates a virtual toy box where fans can play with all their favourite characters together and design their own adventures. What better way to celebrate the launch of the game in the UK than with the first Digital Disney Parade, showing the characters making their own fun in London.”
Disney Infinity is released on Friday, 23rd August and is available on Xbox 360, PlayStation 3, Wii, Wii U and Nintendo 3DS.  Unique play experiences are available for Wii and 3DS systems, and on mobile devices. The boys are so excited about this game, and I definitely think this will be featured on every child (possibly adult’s) Christmas list for 2013, in one way or another. 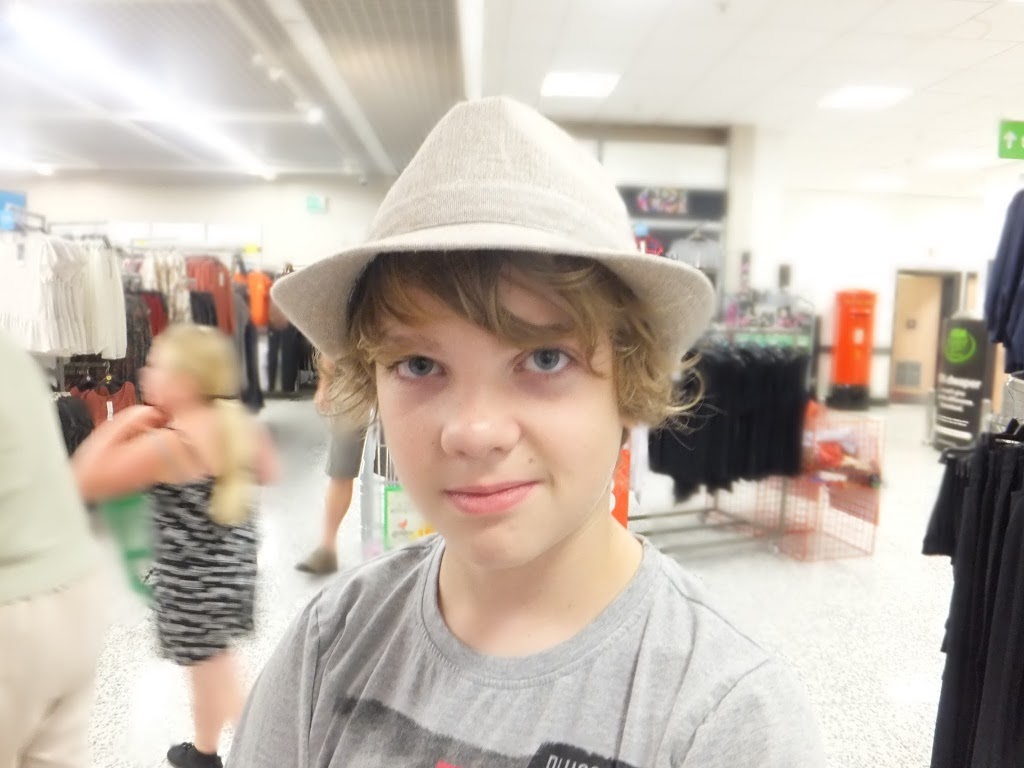 #CBias Back To School Shop

Tickets To Wicked THE WINNER IS .....