This week we had Neva and Kaide’s Sports Day, hard to believe that last year they considered cancelling it because it was too hot, the same could not be said of this year, as we all sat in jumpers and raincoats!

We went to school for a picnic lunch first, which was rather chilly. Eowyn must have thought she was at a Major Sporting event, when she saw daddy across the field she immediately ran to him, but had obviously consumed too much liquid which had caused her pull ups to become heavy, and her trousers fell down, consequently resulting in her streaking across the field!!
When the bell rang all of the children retreated to their classrooms and changed into their team colours. We were routing for the Swallows team in yellow, hooray.
When Xene and Lochie were at the school, Sports Day was OK, but they never really became competitive, now that Neva and Kaide are taking part, its a whole new ball game, they are both very sporty and athletic, funny how they have all been brought up the same but all so different… 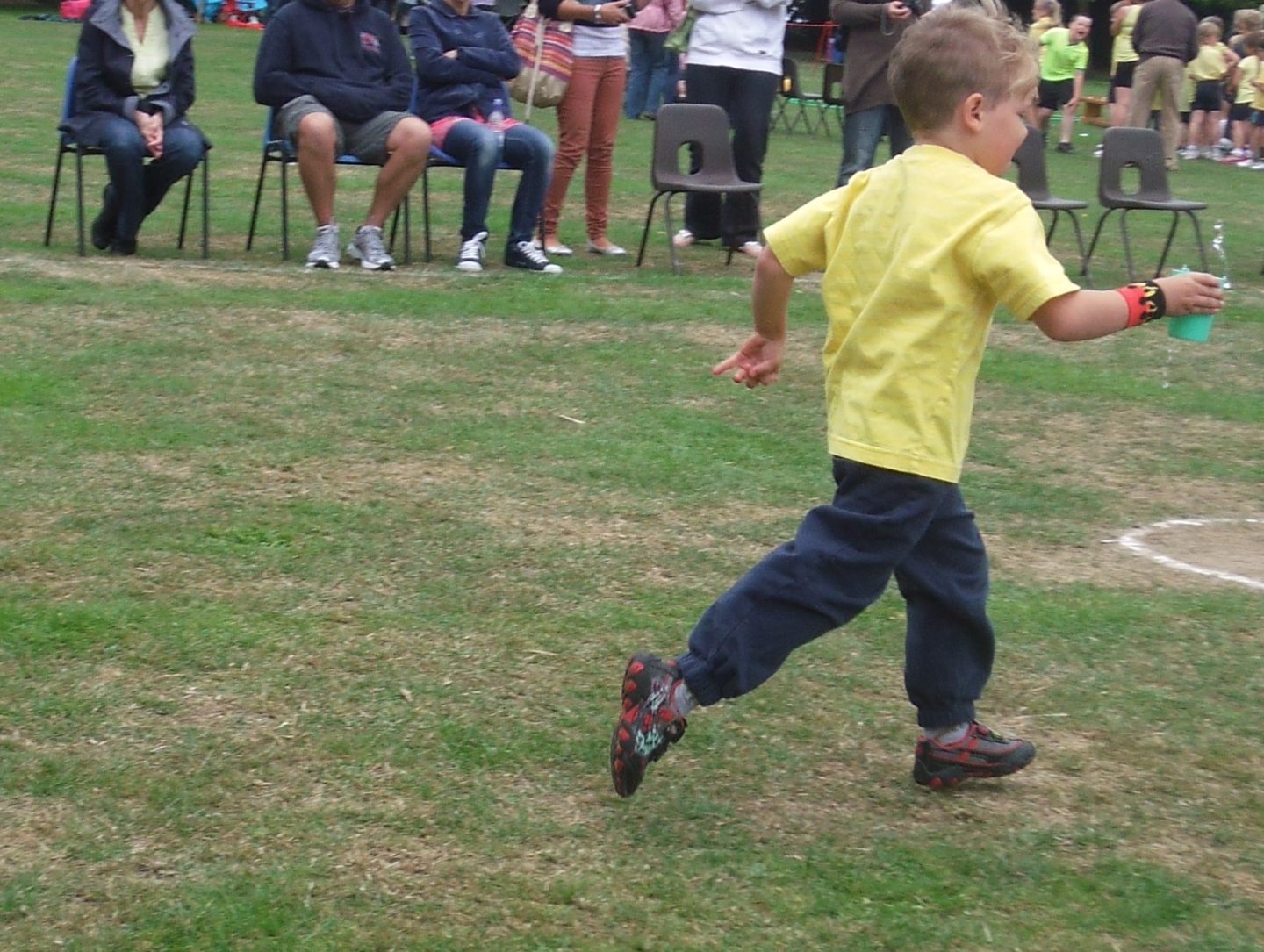 Kaide and Neva came out with their team, Asa commented how sensible I had been giving Kaide tracksuit bottoms to wear, which was met with a very strange look from myself, on closer inspection Kaide was indeed wearing tracksuit bottoms, but I had not given them to him, nor did he have any in his PE bag, yes thats correct, his PE kit had been mixed up with someone else’s – i’m sure I put his name in his kit, or did I ?!?

Anyway he wasn’t complaining, though i’m sure some mummy at school was wondering why her son wasn’t wearing his tracksuit bottoms!!
They had a lovely time taking part in the activities, unfortunately Neva hurt her ankle half way round, so she had to retire early. Kaide however ran at great speed and with lots of enthusiasm.
Eventually the winners were announced, but it wasn’t the Swallows, however they were perfectly happy with the ice lolly that they all received.

The day ended with the traditional Parents Assault course, I however did not take part, because I had Tyrus in the sling and last time I took part it resulted in a You’ve Been Framed type video of me being unable to bounce on the Space Hopper and falling flat on my bottom, oh happy days …