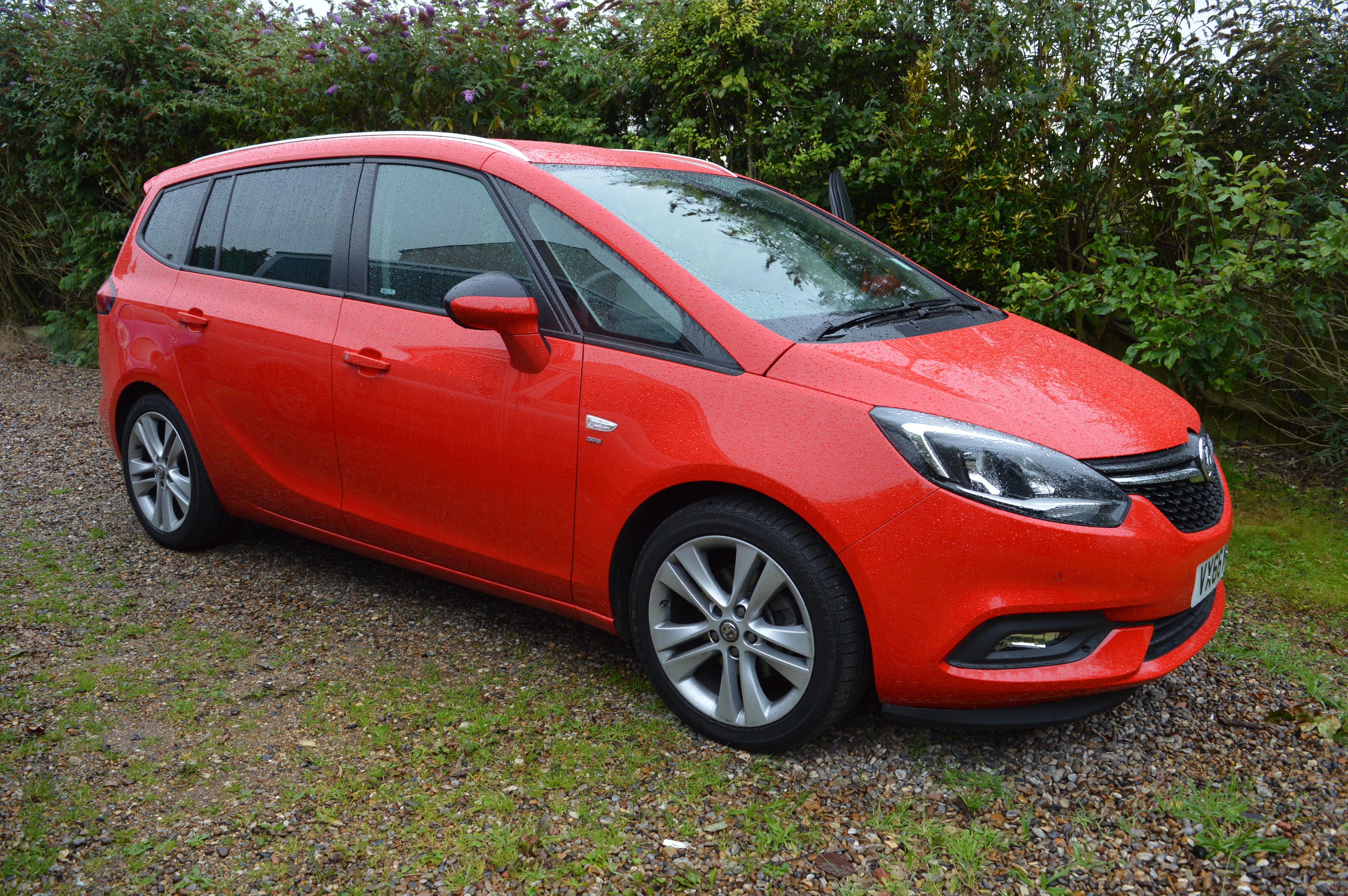 My school run every day now consists of depositing six children at four different educational establishments, I can no longer use the 5 seater car that we have (unless I want to do two trips!) so the very lovely people at Vauxhall allowed me to get behind the wheel of a Zafira Tourer and here’s what we thought of it. 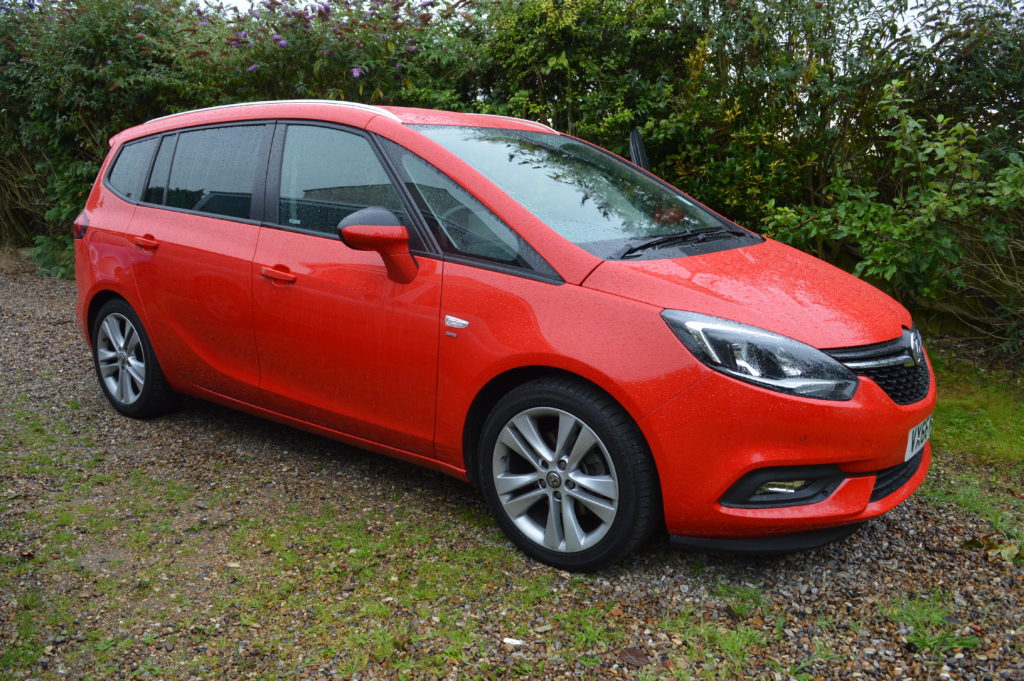 It felt very spacious, yet not too big, obviously I am used to driving either a 5 seater hatchback or a large 9 seater minibus style, so this fits perfectly in the middle. 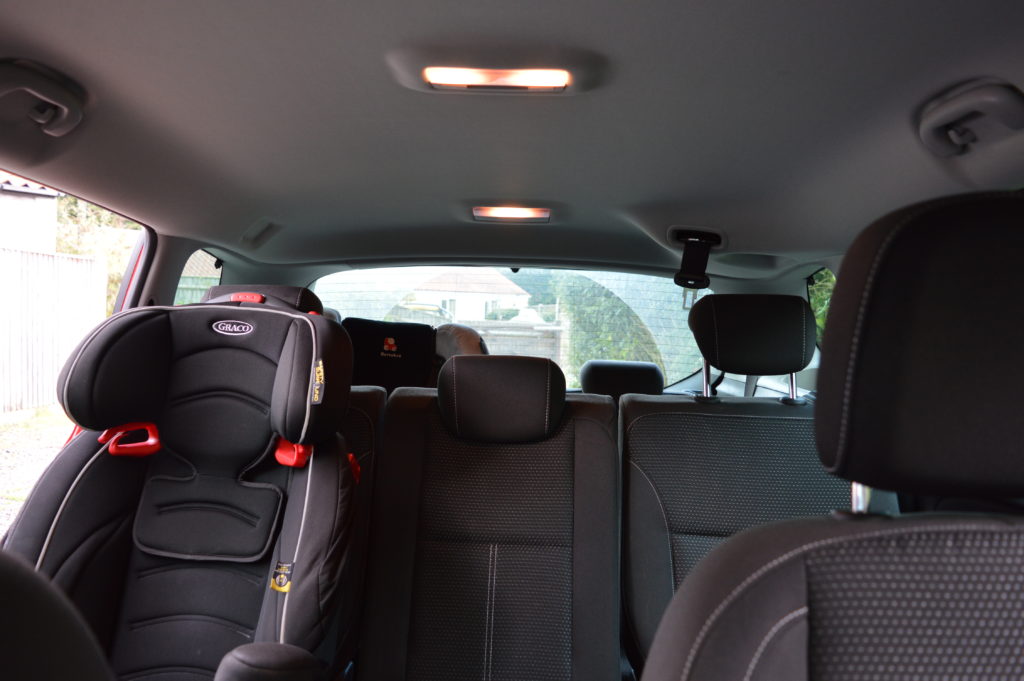 The drivers seat goes very far forward, which is a must for people like me with little legs, there is plenty of room for long legged passengers in the front. When I first put up the seven seats, I was concerned there may not be enough room between rows two and three, but I needn’t have worried as you are able to slide them backwards or forwards to suit the size of the passengers. Tyrus, Eowyn and Viggo’s car seats fitted into every seat, I could get all three in a row, but it was a bit of a squeeze, so when we needed all seven seats, I would put one car seat in row three and two in the second row of seats. 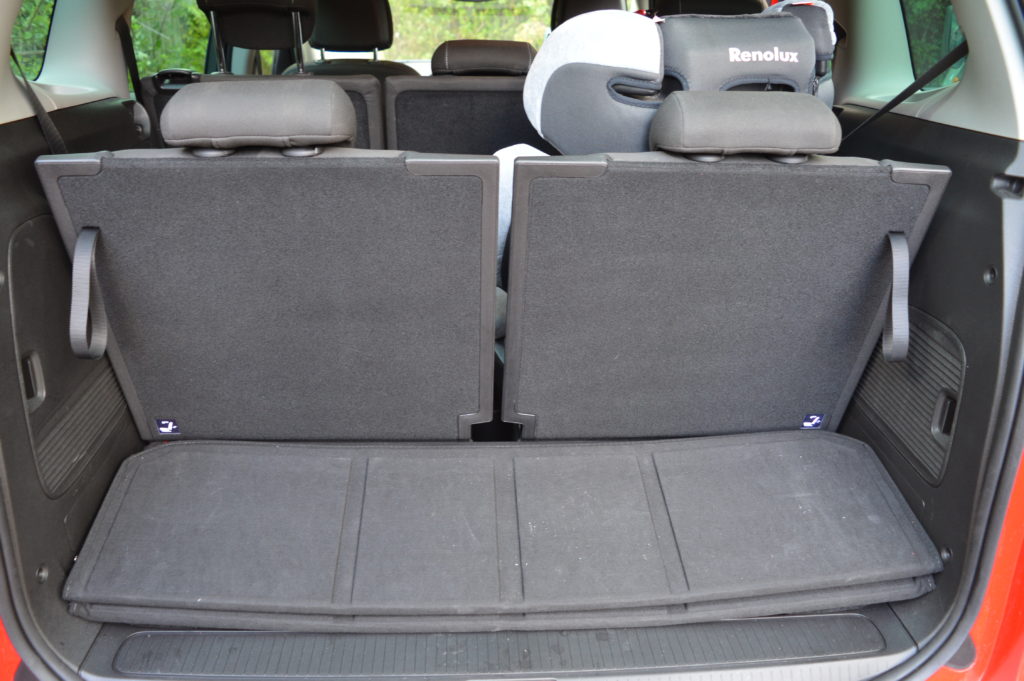 When the back two seats were not required, it was a very simple action to lay them into the floor, giving ample space for transporting a weeks shopping! When all seven seats are in use, the boot is very small, but I only needed to use it for bookbags, lunchboxes and coats, but if you were looking to transport a pushchair it would have to be with one of the rear seats down. 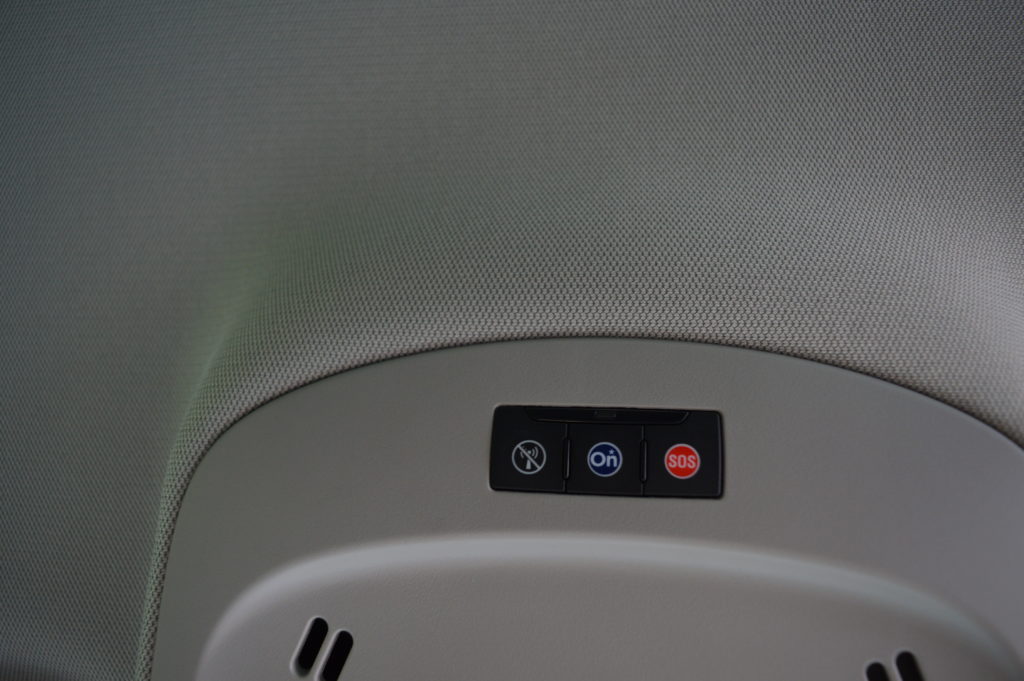 The feature that had the children begging me to buy a Zafira Tourer was the in built wifi for up to 7 devices, no more whinging and moaning that their mobile data had run out, with a simple press of the button overhead they were all connected up in seconds.  I also had to endure various different music genres as they all connected their phones via bluetooth and played their spotify playlists! (Although I did enjoy a bit of Take That when they weren’t in the car and I had control of the music choices!) 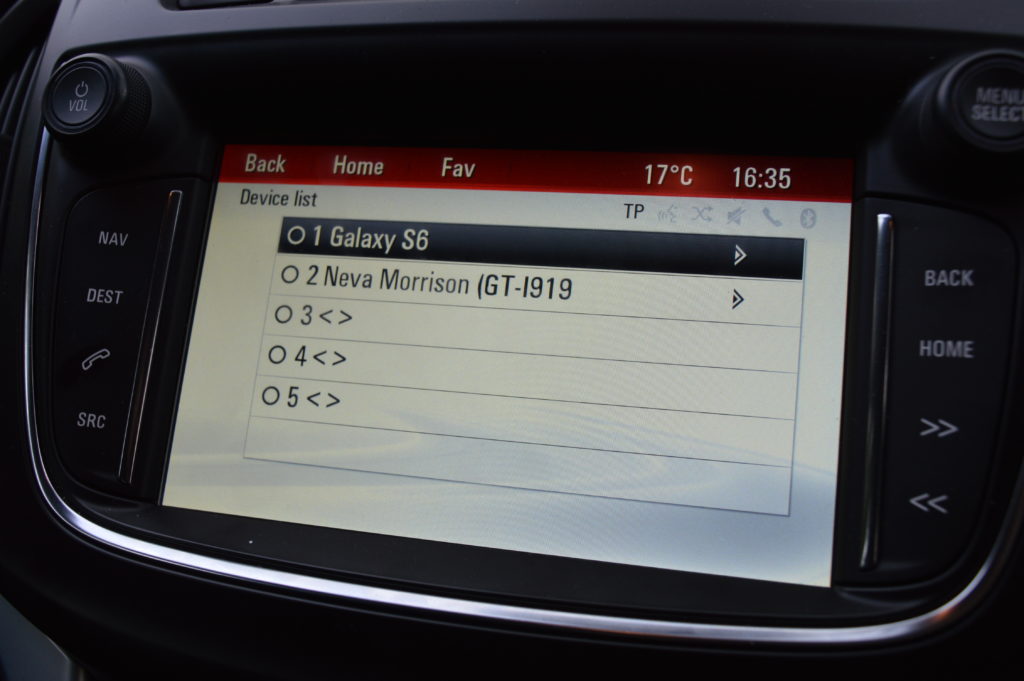 The Sat Nav worked perfectly, and the screen was easy to see and read, when following the directions. You can also download an app onto your phone to allow you to lock and unlock the doors from your phone (the wonders of modern technology!) 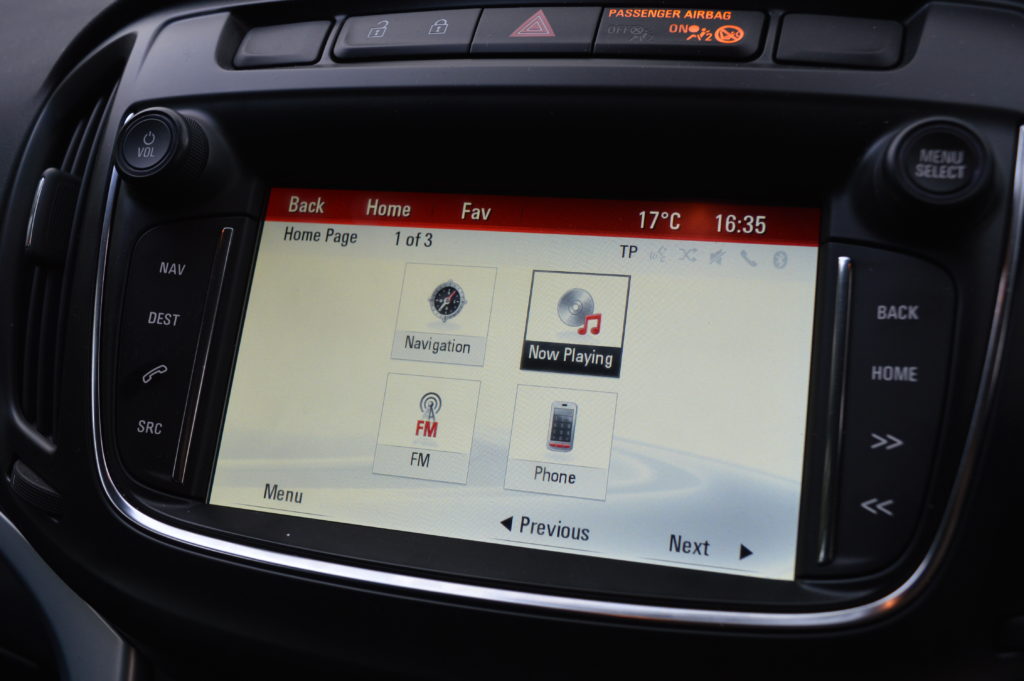 Even with seven people in the car it didn’t feel cramped and I was able to see clearly out of all the windows, even with the teenagers which are taller than me behind. The actual layout on the dashboard was great and I could see all of the important things like speed and which side the petrol cap was on, although the one criticism I have is that nowhere does it say whether it is petrol or diesel, which meant a quick call to the office to check! It is in fact Petrol, but maybe a sticker inside the petrol cap or a green coloured rim would stop it from being filled with the wrong fuel! 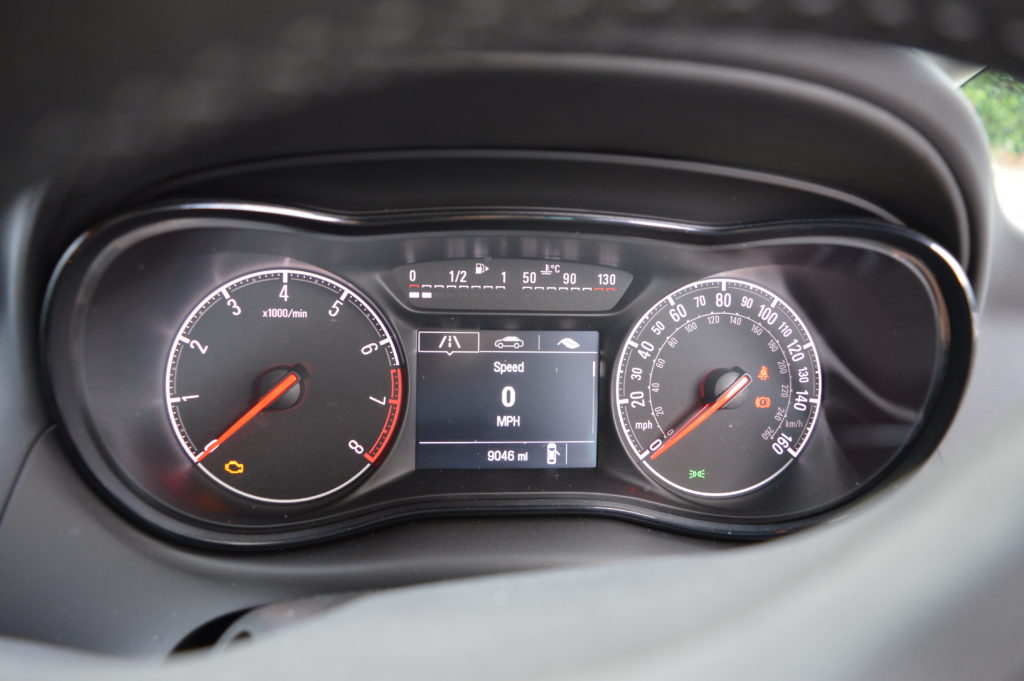 The orientation of the front of the car was really good, the gearstick is slightly at an angle making it much easier to change gear, and the usb port meant I never ran out of battery on my phone! 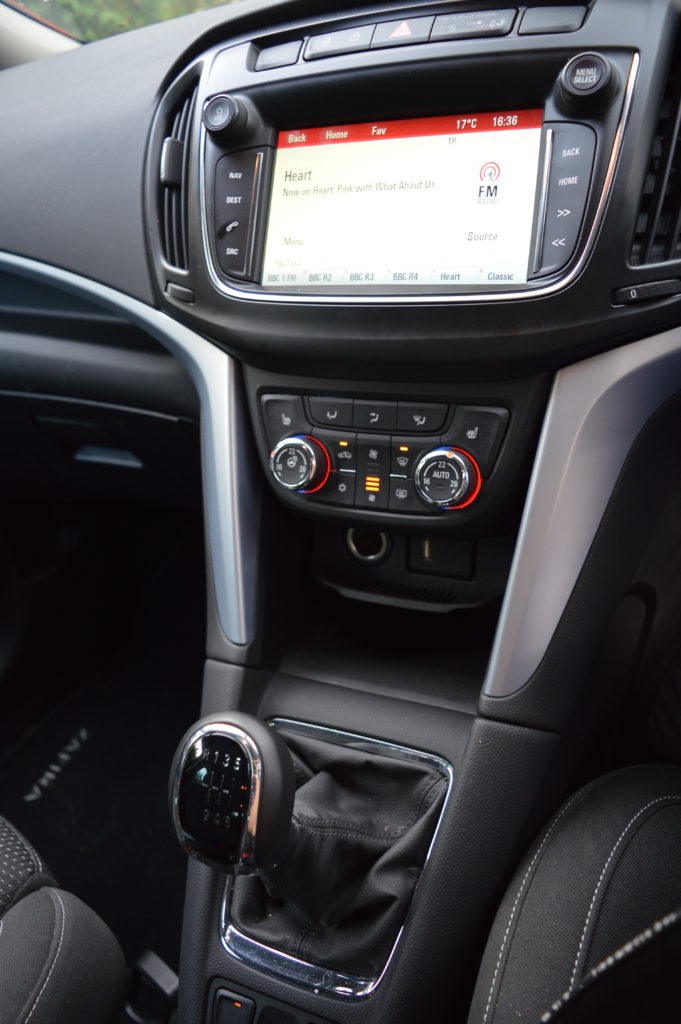 Cup holders are always welcome, especially when they are deep enough to hold a large outdoor cup (a necessity for the afternoon school run) 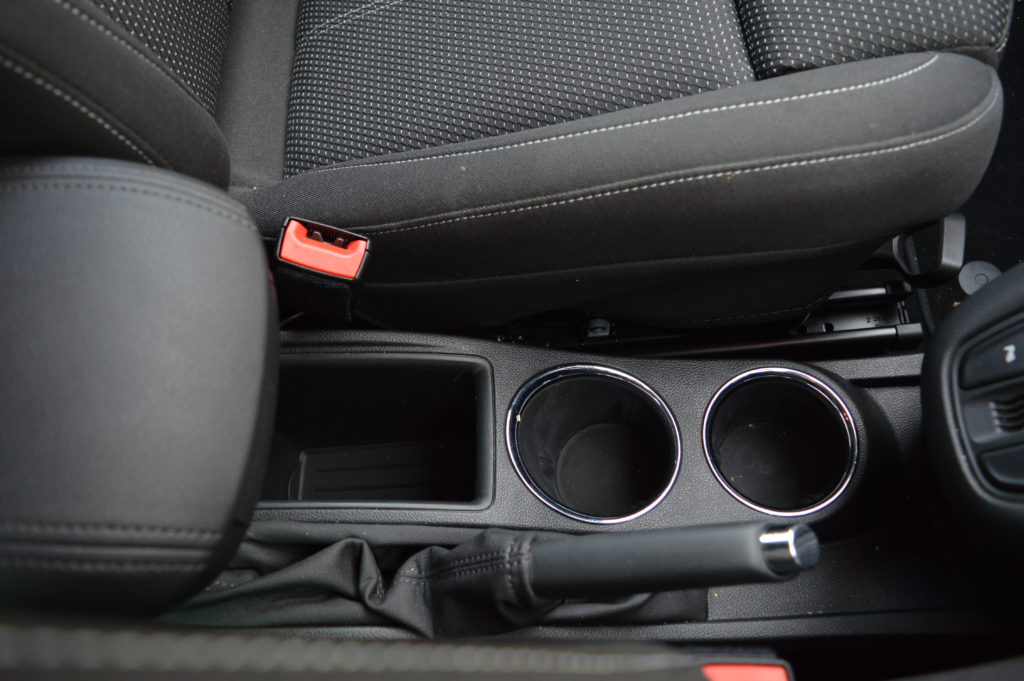 For a second car, for a large family this fits the bill perfectly, I need a vehicle to transport 6 children, but not all the time, so the option to have 5 seats or 7 is perfect. It would be a great car for a family with 3 children including a baby because there would be ample room in the boot for all the baby things. For a family with teenagers always plugged in to the internet the wifi is a lifeline! My 6 year old was so impressed that he didn’t want to give the car back and keeps asking when we are having the red car back!

It is very smooth and a lovely ride, and the six speed gearbox made a huge difference.  I certainly noticed it when I went back to driving our two cars, it was a real pleasure to drive and I would recommend to anyone thinking of purchasing a larger vehicle, this one is brilliant.

This has certainly made my school run easier in terms of transport, but for actually getting out of the house, check out My Crazy Broods Top Tips for a stress free Morning School Routine.

We were provided with the Vauxhall Zafira Tourer for one weeks use, all thoughts and opinions are my own.