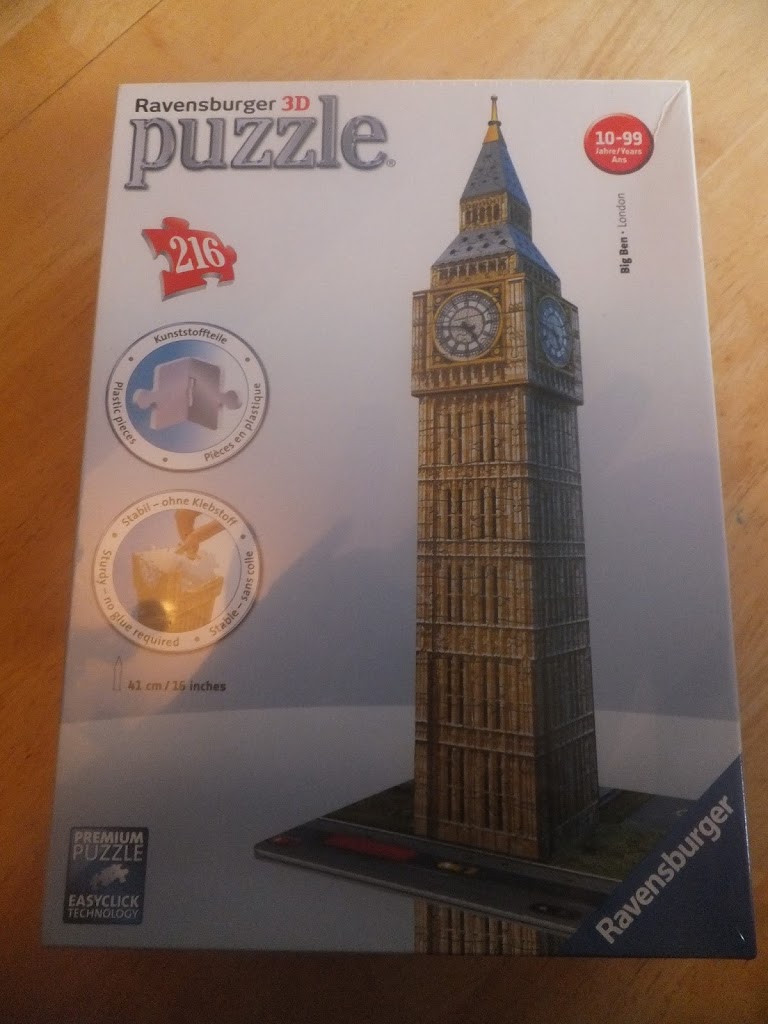 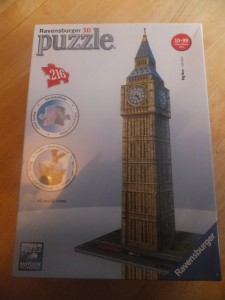 As part of the Ravensburger Puzzle Club we were sent Big Ben 3D puzzle for the whole family to enjoy. It has a recommended age of 10-99. 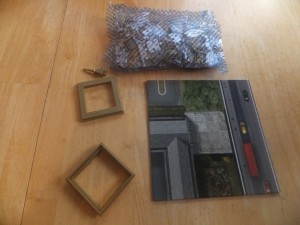 The puzzle consists of 216 pieces, a base to build it onto, two plastic squares to stabilise it and a top piece, that all interconnect together to create one of Britain’s most recognisable landmarks

To begin with Neva and I sorted the pieces numbered 1-100, whilst Asa began assembling them.
Lochlan and Kaide sorted from 101-216. 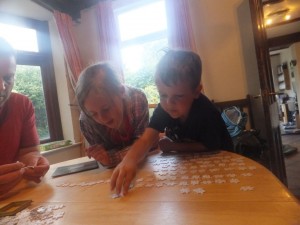 We had previously constructed the Eiffel Tower, so we sort of knew how the pieces fitted together, although the children struggled to fold the corner pieces, so that was my job! 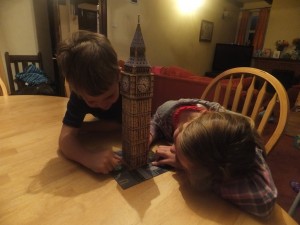 The only part that Asa struggled with was the top, not because it was particularly difficult, but because his hands were too large to fit inside the pointy top!

Thankfully the smaller handed people were there to give a hand. 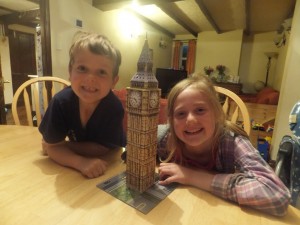 As you can see, Kaide and Neva were very pleased with themselves when the puzzle was completed. The puzzle was quite easy to construct and it didn’t take very long, the 3D element, certainly kept the children’s interest and it was a real family activity.