Another week, another set of pics and an update on our chaotic household!

17 . Sleep Anywhere – We struggle every Sunday to get Tyrus to bed (well, we struggle every night) sometimes it is 2.30am before he finally goes to sleep, he doesn’t know how to switch off, so when he settled on the pouffe I wasn’t sure if he would stay there, but he was asleep by midnight, unfortunately it was a one off!

18. Frosty Morning – I snapped this quickly on my phone whilst on the school run, I love the view from the school gate, on a work day there isn’t much time for stopping! And its still too dark when I drive home to get a decent pic.

19. Full days Play and More – Viggo finally had his first day at preschool, which he loved, he went in happily and when daddy picked him up he had a big smile on his face and lots of paintings to show. I thought this may tire him out but, he came home and proceeded to play Paw Patrol swimming in his bowl of cheese balls! 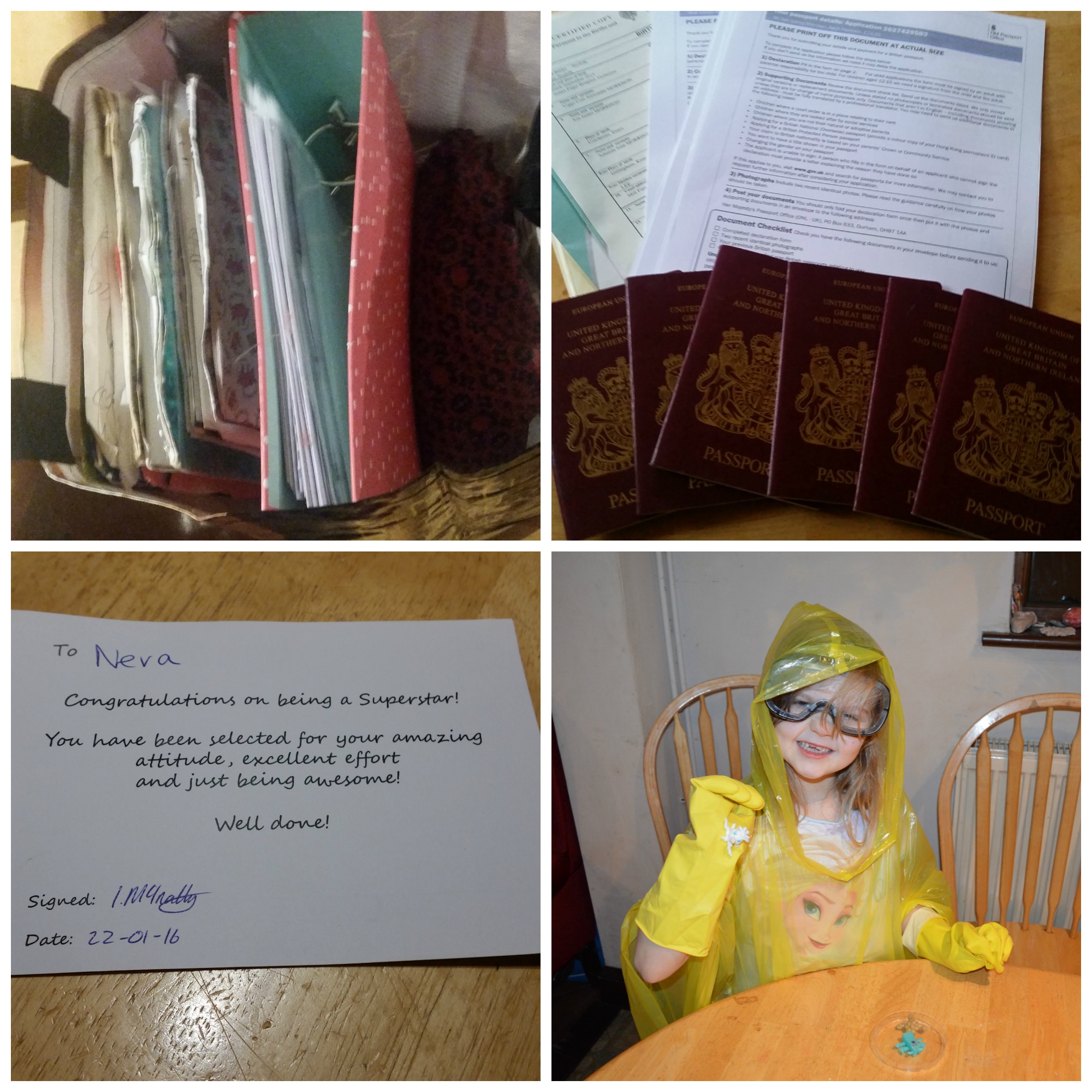 20. Another Uni Interview – Today Asa travelled with Xene to Rochester for her second Uni interview, I knew I wouldn’t get a chance to snap a pic at this one, but wanted to record it, so here is her bag full of sketchbooks and her portfolio before she left.

21. Passports For Everyone – We are planning a trip to Disneyland Paris to celebrate four special birthdays, but we won’t be going anywhere without passports, luckily we found an amazing little shop that did photos, I didn’t fancy trying to get Tyrus and Viggo to sit still in a photo booth.  I then had to fill out nine applications online, typical that mine and Asa’s run out in Feb!

22. Superstar Award –  Neva has had lots of time off with migraines, so it was lovely that she was recognised as being such a hard worker, despite the lack of attendance. This award entitled her to breakfast with the principal and a bacon roll.

23. Mad Scientist Eowyn – Kaide had made a youtube video for Fungus Amungus and it came with these cool goggles, rubber gloves and poncho, Eowyn had great fun playing dress up, also makes a change from Anna or Elsa!