Two weeks again, think this will probably be the way it goes in the future, but i’m pretty sure the last time I tried it I had given up by now, so it’s looking more promising.

52. In The Washing! Tyrus is getting a lovely sense of humour, his latest is to fall into the pile of washing/ironing and then say “oops” I has taken such a long time for him to engage with everyone, so this makes me smiler even wider.

53. Sneaking The Pastilles. I caught Eowyn trying to sneak off with a large packet of Fruit Pastilles, luckily the camera was to hand, so she couldn’t deny it.

54. Sleepy Viggo. On a Tuesday Viggo attends preschool for six hours, it is usually the day that he actually goes to bed early, I found him snuggled up in Eowyn’s blanket on the chair. 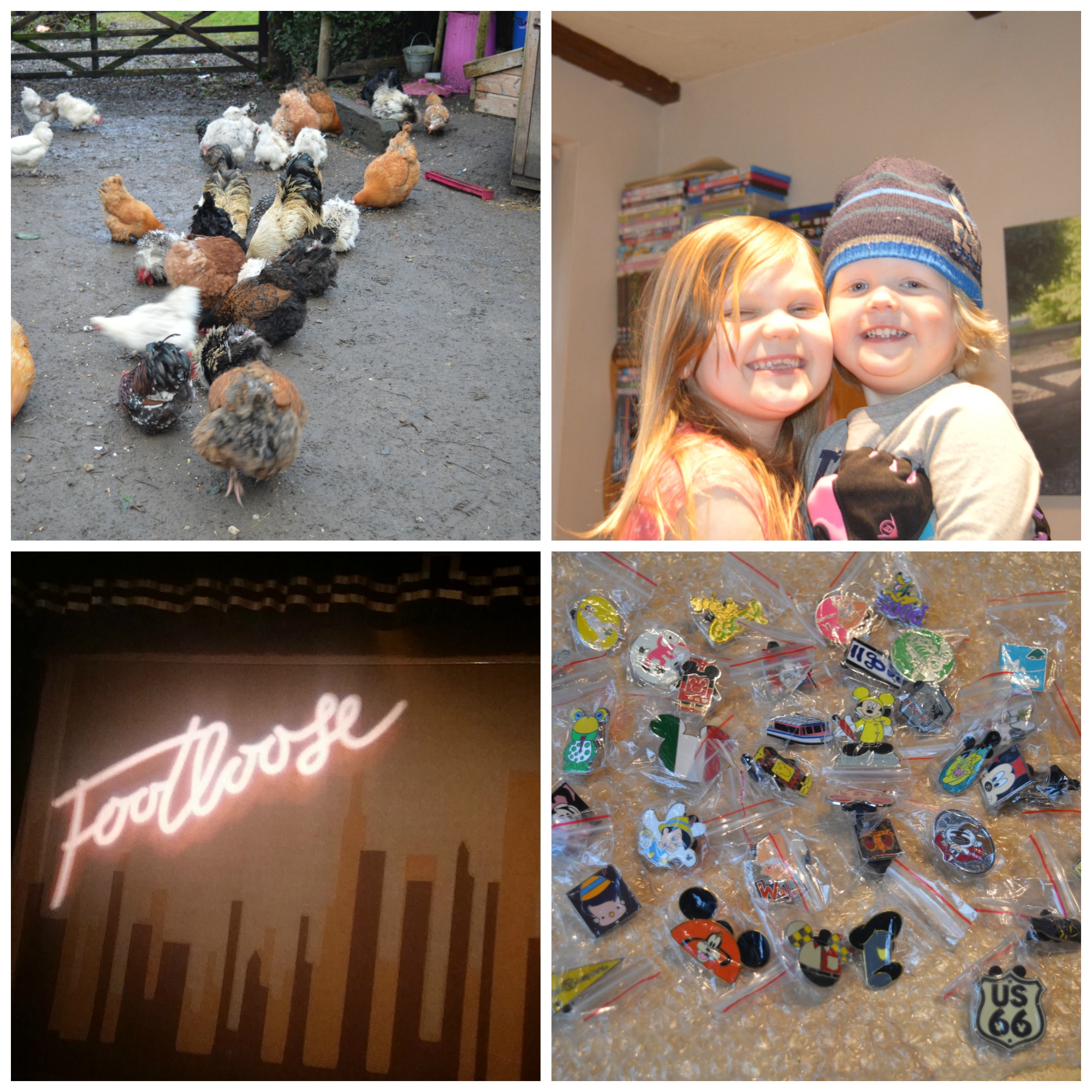 55. Chicken Run. The chickens always make me smile, although they haven’t started laying yet, I feel very cheated when I have to buy eggs at the supermarket!

56. Dress Up Time. Viggo and Eowyn are always dressing up in some outfit or other, at the moment Viggo has a thing for hats!

57. Footloose. Tonight I took Xene, Lochlan and Neva to the theatre to watch Footloose, it was brilliant and we all had a fabulous time, Gareth Gates was hilarious, if it comes to a theatre near you I would definitely recommend.

58. Disney Pin Trading. In preparation for our trip to Disneyland Paris we ordered some Disney Pins for them to trade, although half of them that arrived they want to keep anyway!

59. A Good Day at The Arcades! Lochlan had to continue his photography project about friendships and beaches, whilst they were there he was lucky enough to win an anger and an Ironman toy.

60. Garden Rubbish. Asa has been busy cutting the tops off the conifers, but there was so much we gave in and put it in the incinerator as the compost is full to bursting.

61. Mothers Day Plant. When Viggo came home from preschool he was very proud of the gladiolus he had planted for me. 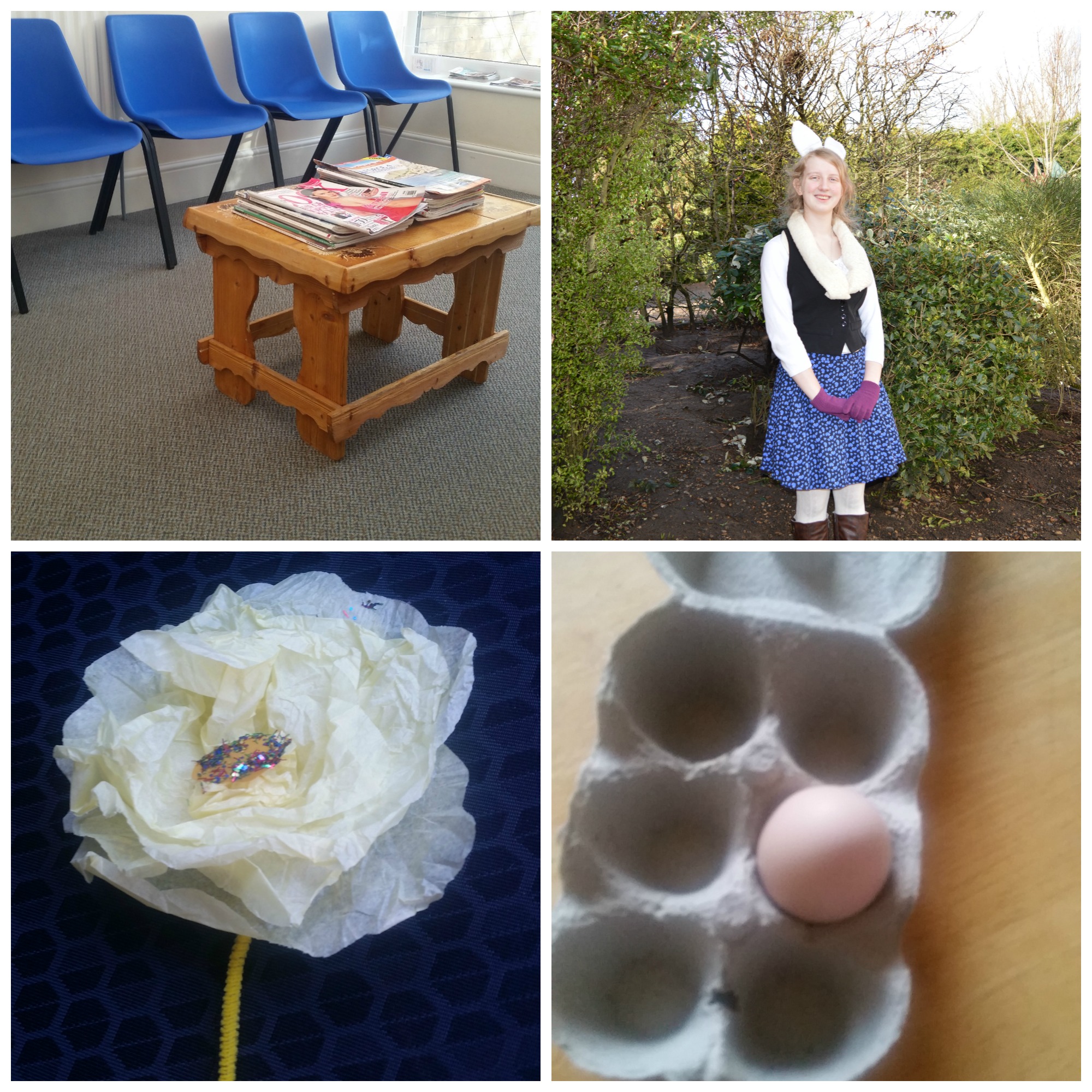 62. Dentist Waiting Room. Today was my turn for a check up, I detest the dentist, I think it is years of brace work when I was a teenager. Today I was given antibiotics for a gum infection.

63. World Book Day. The children’s schools didn’t dress up this year, but college did, so Xene decided on the White Rabbit.

64. Mothers Day Service. Reception class did a lovely service at the church for all of the mums, Tyrus presented me with this flower which is a huge achievement for him.

65. Eggs! Finally the chickens have started to lay, the weather must be getting warmer.