We were far too busy last week and didn’t get a chance to post our week of picture, so this week its two for the price of one.

24. Viggo and His Hat! I’m not quite sure why, but Viggo has taken a real shine to Kaide’s Star wars hat and keeps wearing it around the house, it maybe to do with the fact he can now put it on independently.

25. New Cups Eowyn and Tyrus were sent some new character cups, which they were both very impressed with.

26. Good Dinosaur Eowyn was very pleased to find a parcel when she got home from school. 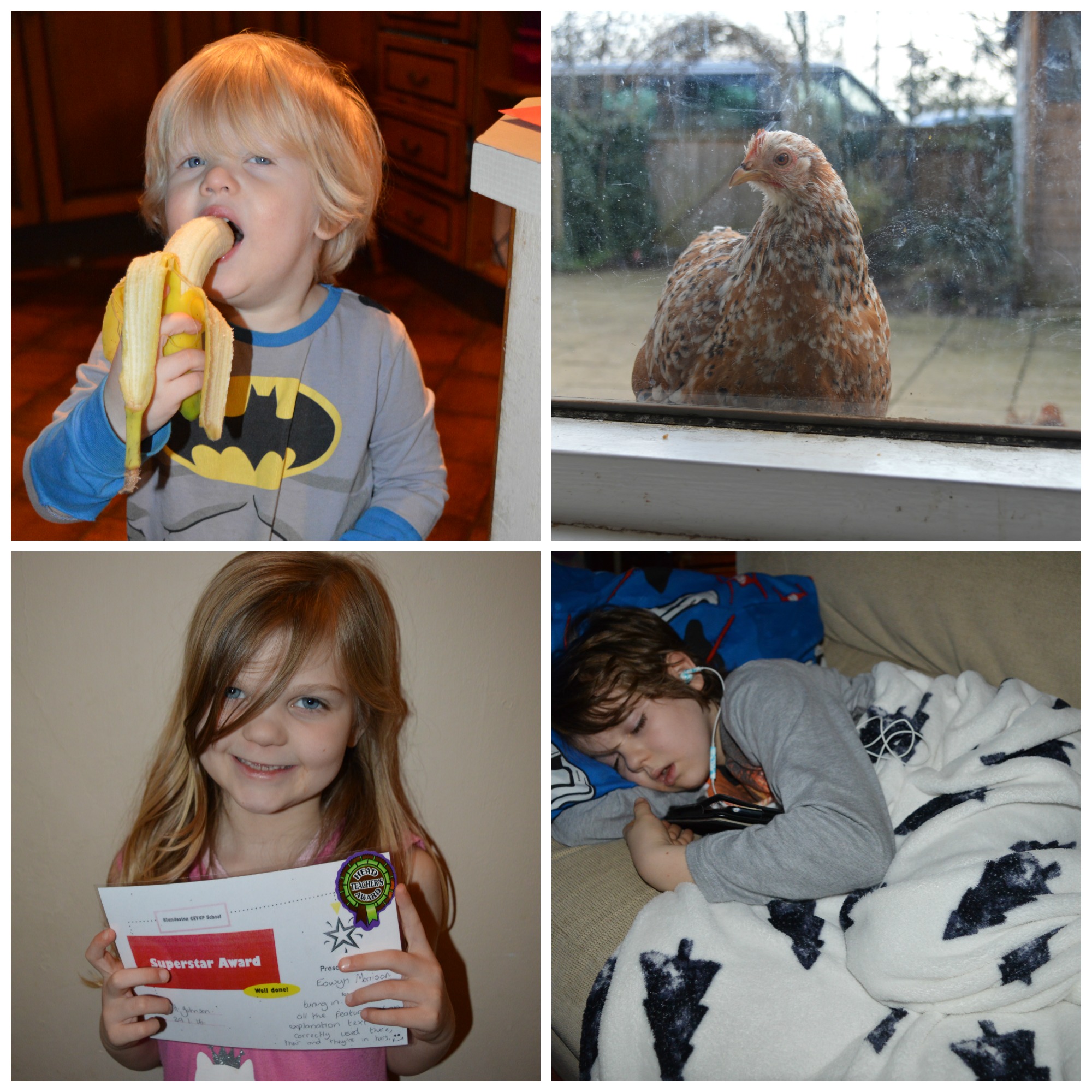 27. Bananas! Viggo seems a little obsessed with bananas at the moment, but he does say it very beautifully.

28. Chickens At The Window The new chicks we hatched last Easter are fully grown and take it in turns to jump up on the windowsill (or Neva’s head) here is Dorito checking whats going on inside.

29. SuperStar Award Every Friday a member of each of the seven classes get awarded a Superstar Award, this week it was Eowyn, for knowing the difference between there, their and they’re and using them in the right context!

30. Sleepover The Day After! Kaide went to his friends birthday sleepover after school, I picked him up at 10am and was informed he was still awake at 4am, this was taken at 2pm!

31. Snuggly Siblings The tree blanket actually belongs to Tyrus, he loves soft textures and I snapped this whilst he was snuggling with his big sis Xene.

32. Fix it Viggo This week I have been sorting out the baby toys, and Viggo came across the tool box, he has spent much of the week ‘fixing’ various walls and chairs.

33. Mega Marshmallows The children have been having competitions who can fit the large marshmallows in their mouths, today Lochlan was sort of successful! 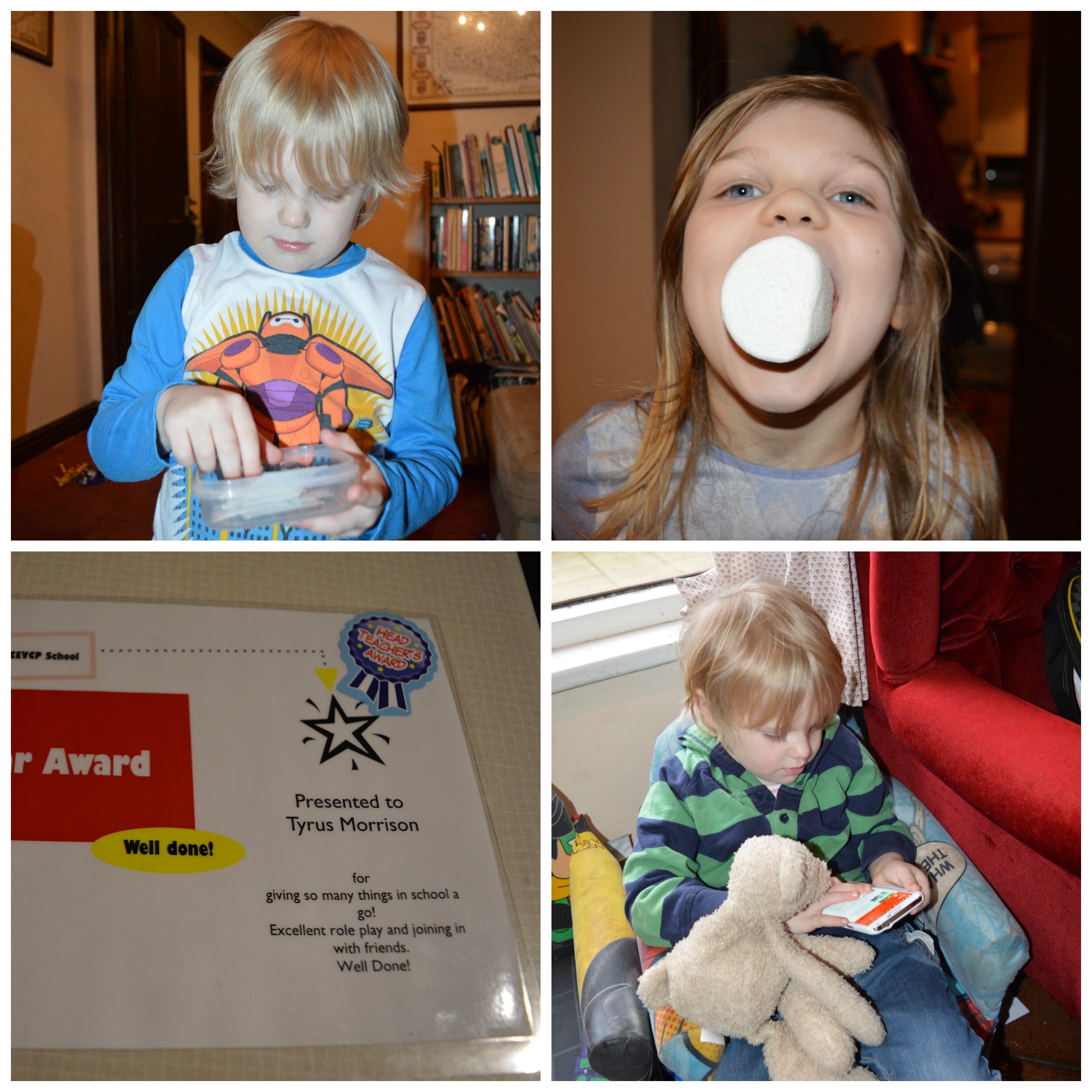 34. Tyrus and his letters Each week Tyrus has some more sounds and letters added to his pot, so whenever he gets them out and shows an interest we go through them, no matter what time of the day or night!

35. Mega Marshmallows part 2 The marshmallow contest has been going on all week, today Eowyn finally managed to make it fit!

36. Superstar Award Tyrus has had an amazing week at school, he has been joining in and interacting with the children in his class, Kaide and Eowyn were so proud when their brother’s name got called, although he wouldn’t go up and collect his certificate!

37. Barnaby Bear As part of the superstar award, the reception child gets to bring Barnaby Bear home for the weekend, here he is watching Tyrus play on the phone.