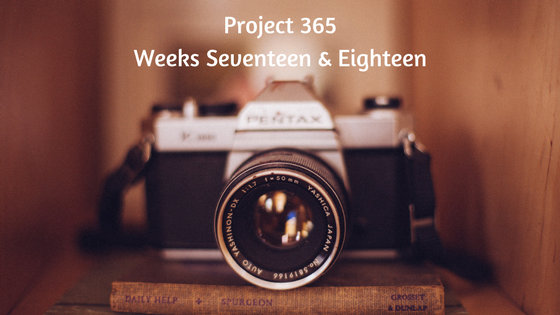 It’s another two week post from me, but I have actually managed to get further than I ever have, so I am giving myself a pat on the back and long may it continue! Although looking at the photos, Merrie could be a reason its easier to continue, as she is always available for a quick pic!

This fortnight has seen the last of the April birthdays, with Xene turning 20, she came home for a long weekend so we were able to celebrate it with her, which was lovely. 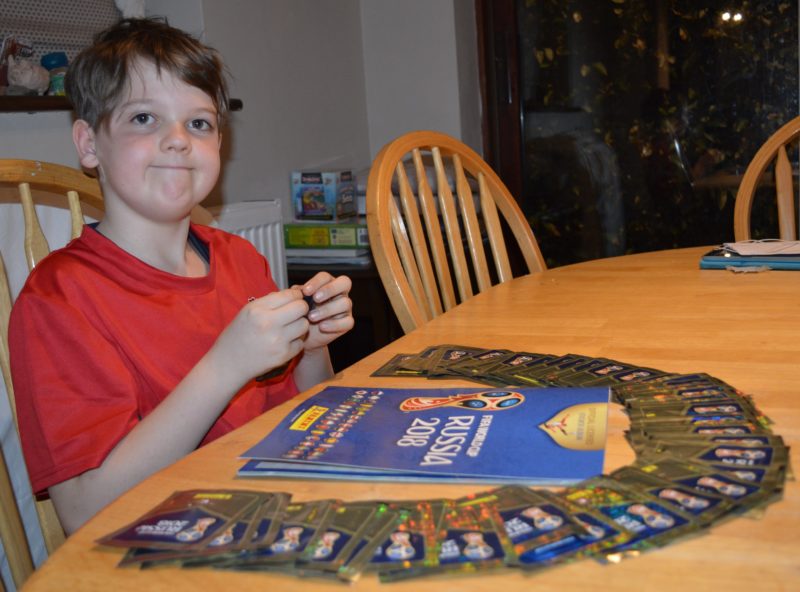 Day 112 – Kaide had been sent a Panini World Cup sticker album as part of a promotion I was doing, along with 48 packets of stickers, so we spent Sunday evening sticking all of the stickers into the book, it took quite a while and we had lots of doubles, but it kept Kaide and Eowyn amused for a while, and they had a great system sorting them into the right number order whilst I was in charge of sticking them all in! 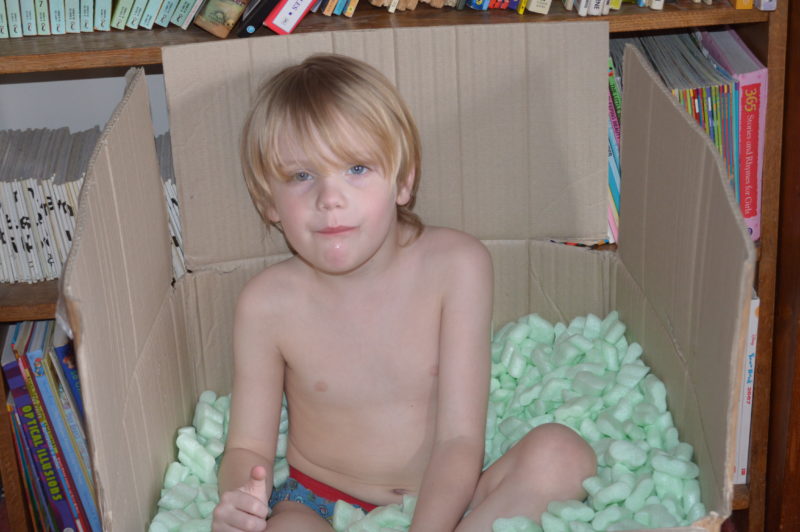 Day 113 – I had a few deliveries today for review items, two boxes were filled with the Styrofoam pieces and it was like a lucky dip pulling out the products, Tyrus had great fun in the boxes when he returned from school! 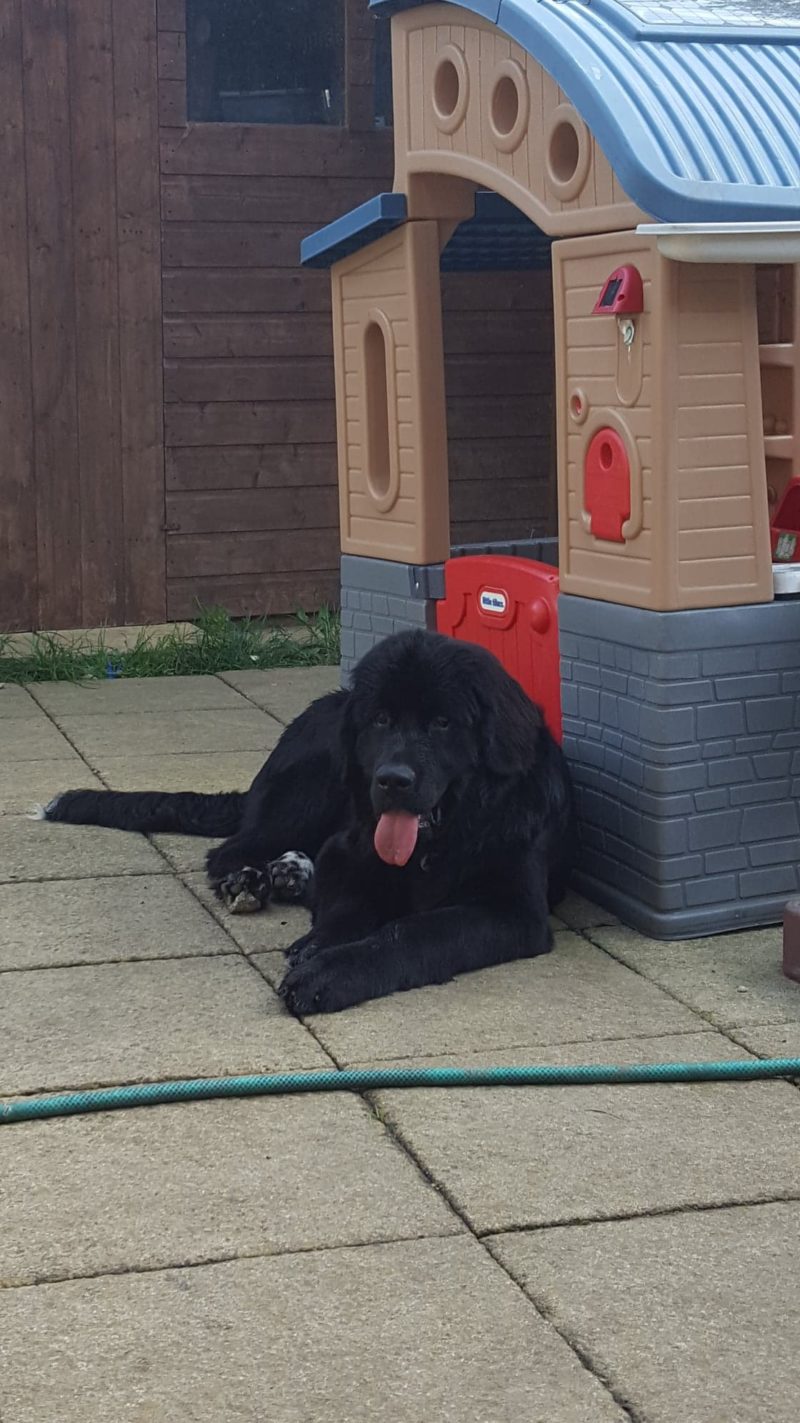 Day 114 – Nightmare day today, the ‘new’ car failed to start and I called out the breakdown, as soon as he got here it worked and the man must have thought I was bonkers, then five minutes later when he had checked everything out, the car was completely dead and wouldn’t start, it turns out there is a problem with the immobiliser which meant it only works intermittently, not great for trying to transport six children around, so its off to the specialist in Norwich tomorrow, if it will start! Consequently my morning walk with Merrie didn’t go as planned, although she seems quite happy guarding the playhouse! 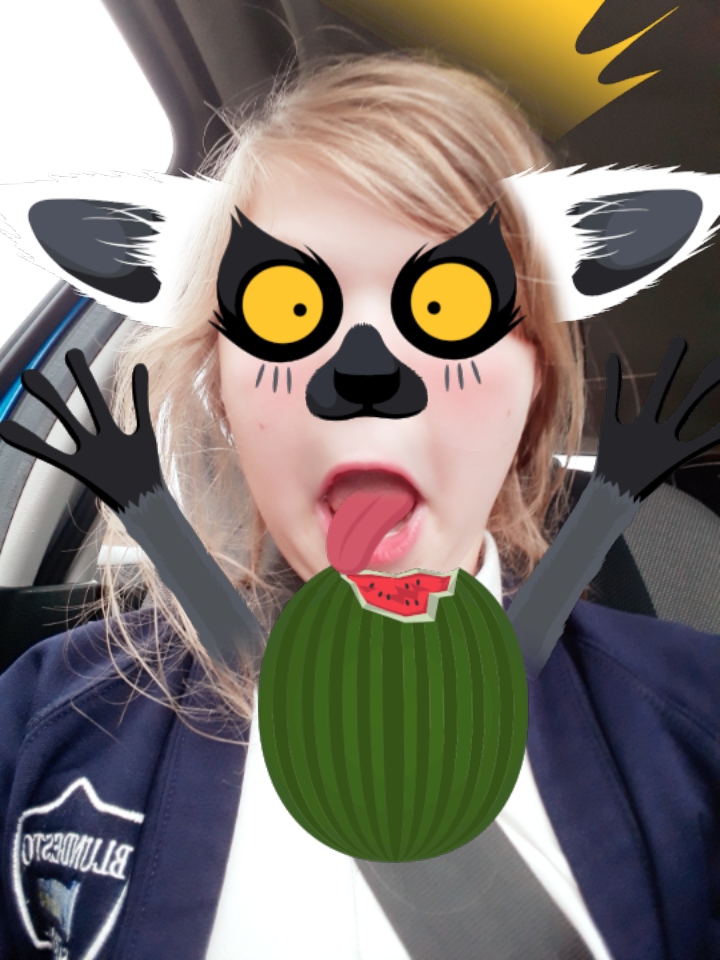 Day 115 – The car has gone to be fixed, I have explained the urgency but it appears everyone else is just as desperate, so its a juggling act with one car that seats five people and eight of us!! The school runs are currently being done in two shifts, so Eowyn is in charge of keeping Tyrus and Viggo occupied in the back seat, thankfully my phone has introduced lots of fun and crazy effects, which includes this Lemur that makes a very funny, loud noise that had both boys in stitches all the way home! (It also looks how I feel about cars at the moment!) 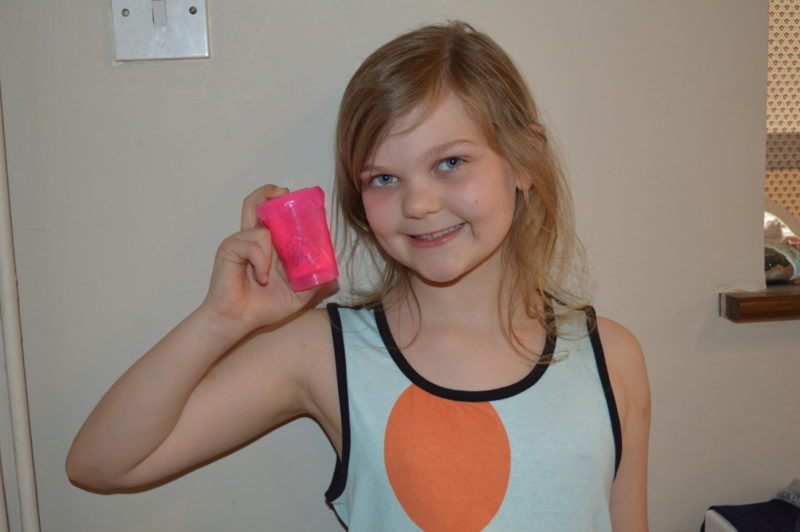 Day 116 – The slime craze hasn’t gone away yet, so Eowyn was very pleased when she returned home from school today and there was a pack of Slime DIY, look out for the review shortly. 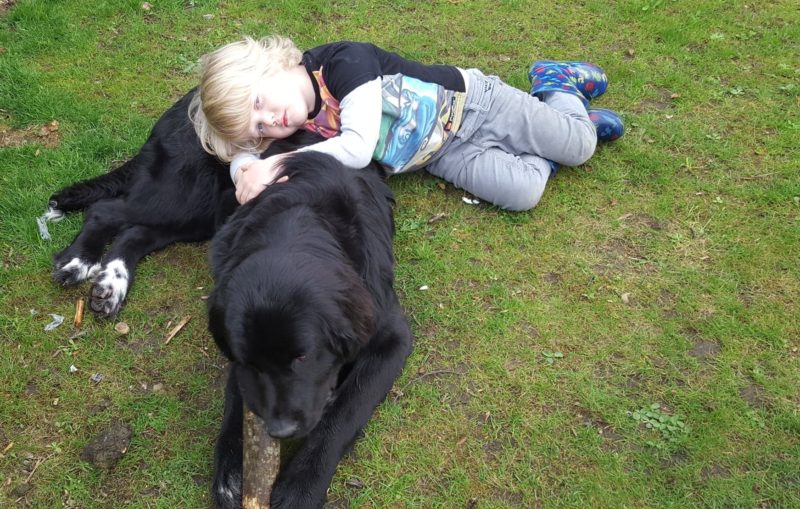 Day 117 –  Viggo doesn’t go to preschool on a Friday and he loves spending time with Merrie, she is so big now that he happily uses her as a pillow, he could probably ride on her too! 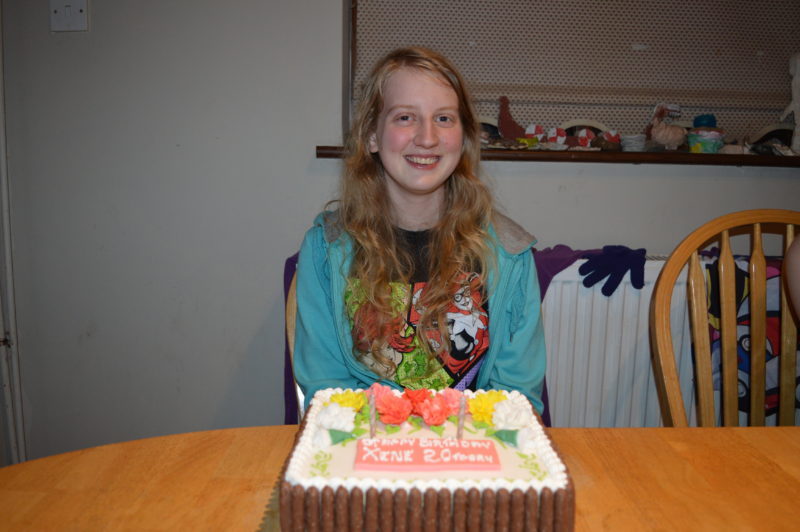 Day 118 – Happy 20th Birthday Xene, it only seems like a short time ago that I went into hospital with high BP, and they made the decision to induce me 8 days before my due date, I certainly didn’t expect that my first labour would only be 12 hours from start to finish and at 7.13pm Xene Elizabeth Louisa Morrison entered the world weighing 6lb 15oz, with the most amazing mop of white blonde hair, which has stayed with her for 20 years. I am so proud of the young woman she has become, although its a little scary to be the mum of a 20 year old!! 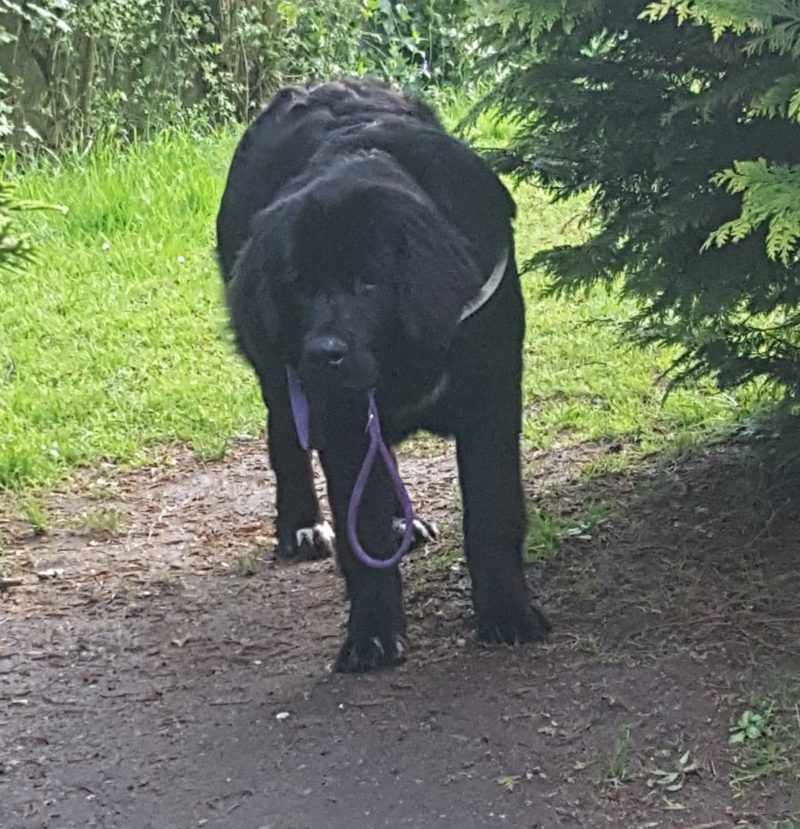 Day 119 – Xene is back home until Monday, so Merrie is taking full advantage of having her home and ensuring she goes out for walks with her, i’m pretty sure Neva and Eowyn have been working on teaching Merrie to take herself for a walk or use it as a big hint that its time to go for a walk! 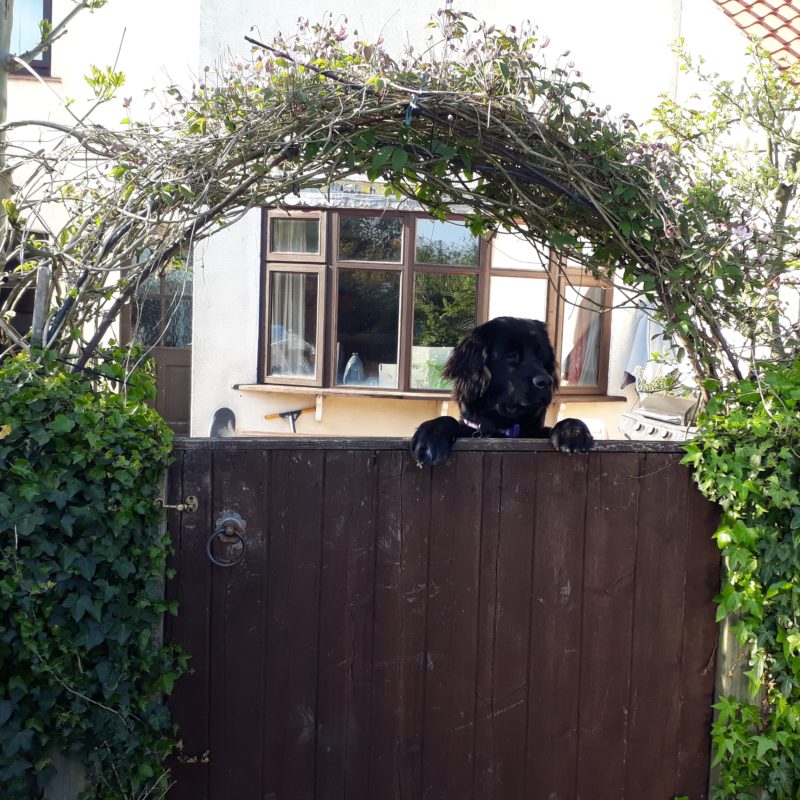 Day 120 – Every time someone goes out in the car Merrie stands at the gate looking for them, and as soon as she hears a car pull into the driveway she is back there. Although the lovely clematis around the arch may not look so lovely next week as I noticed she has taken a big bite out of the bottom! 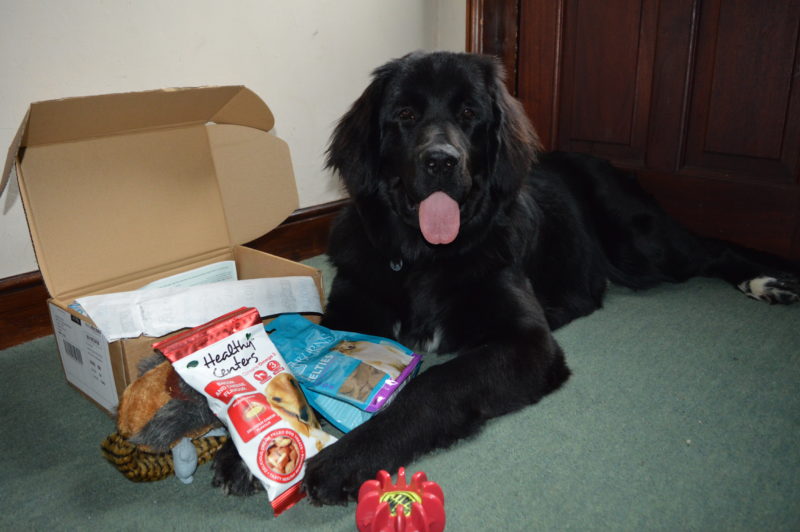 Day 121 Merrie gets more post than I do these days! Here she is with her latest Buster Box, she is particularly fond of the pheasant toy and that red ball toy hasn’t really lasted very long!! 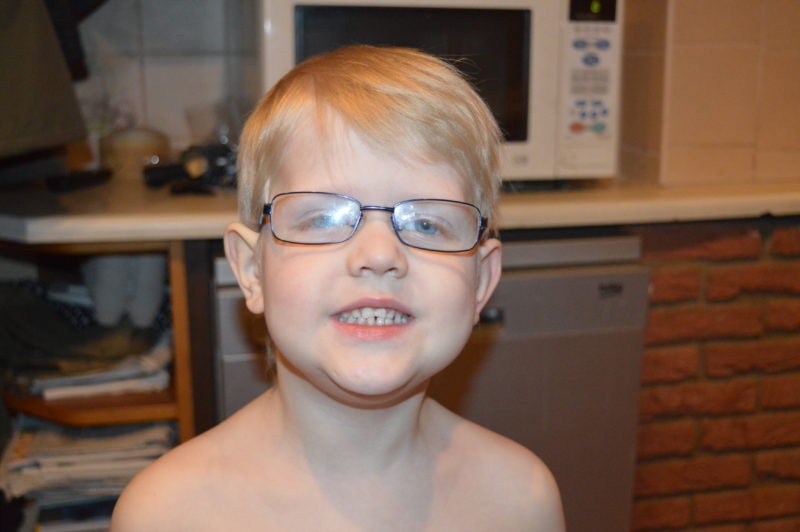 Day 122 – With the warmer weather now looking like its going to be a bit more frequent Viggo decided it was time for all of his hair to disappear for the summer, he was very proud of his hair cut when he went to preschool to show all the ladies, although it did take quite a while, because every time Asa went to use the clippers he would giggle and say it tickled!! 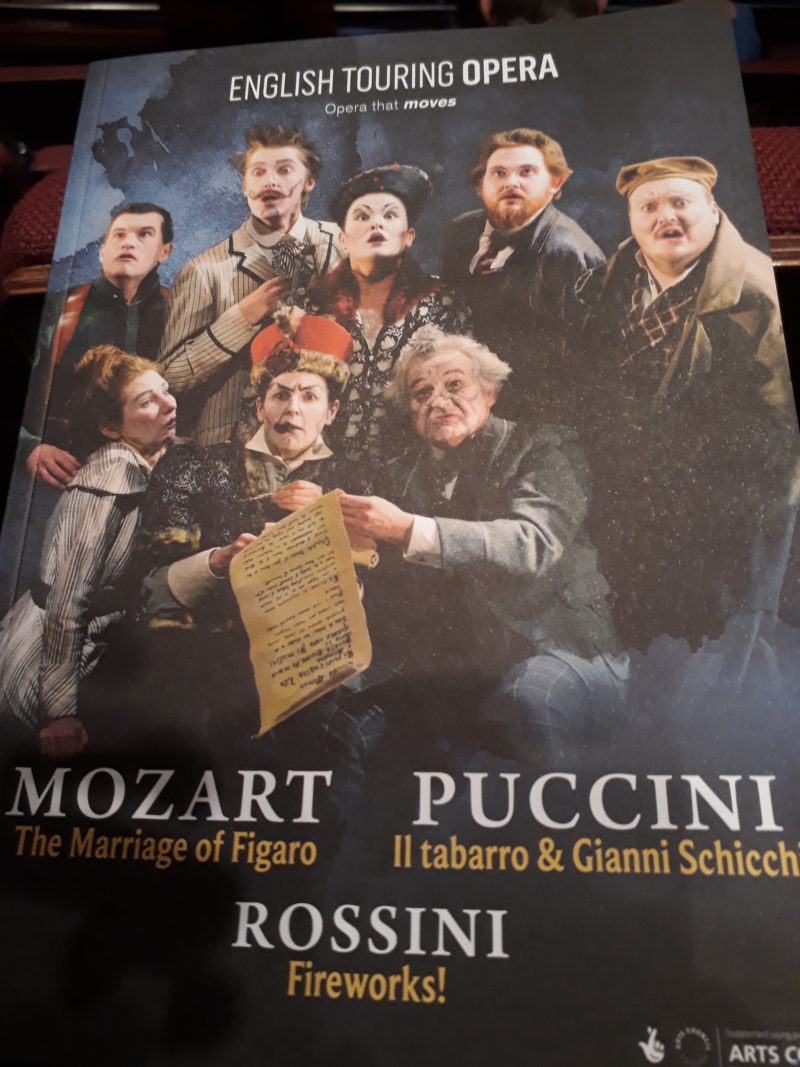 Day 123 Neva and I attended our very first opera tonight, it was The Marriage of Figaro and it was brilliant, the voices were stunning and it was a very light hearted one to start our opera journey with. 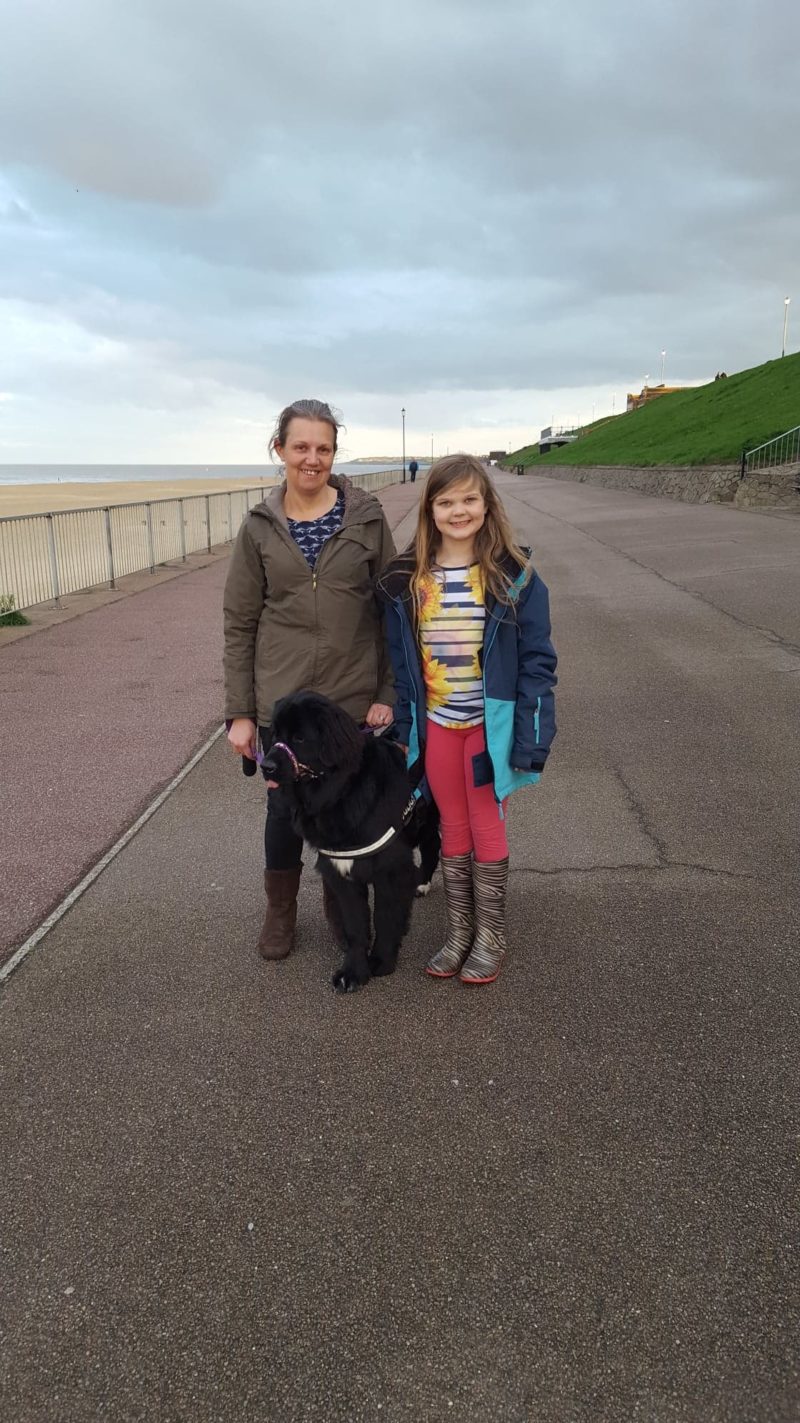 Day 124 Now that the weather is getting warmer, we have to take Merrie out for walks earlier and later in the day, so tonight Eowyn, Neva and I took Merrie for a walk along the prom, it was a lovely evening and there were even a couple of surfers in the sea. 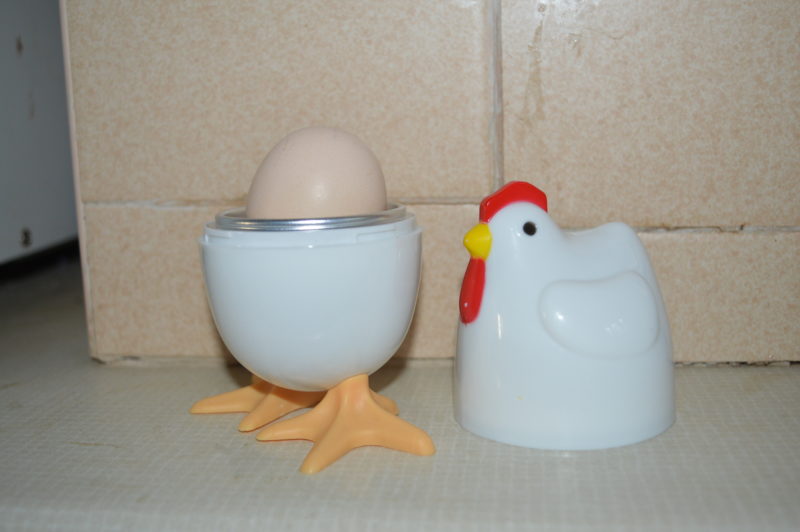 Day 125 – My life has been revolutionised by this little chicken! I am rubbish at making soft boiled eggs, but this little guy was sent to me as part of a review for gadgets that will make a mum of many’s life easier! You simply add 35ml of water, pop in the egg replace the top and set my 850w microwave for 3 mins 20 seconds for the most perfect dippy egg ever! Bet you can’t wait to see what else they sent me…

And there we have it, another two weeks and we are now into May! Xene is due to finish for the summer in just over two weeks, I can’t believe how quickly its gone…

Get Your Garden Ready with Aldi 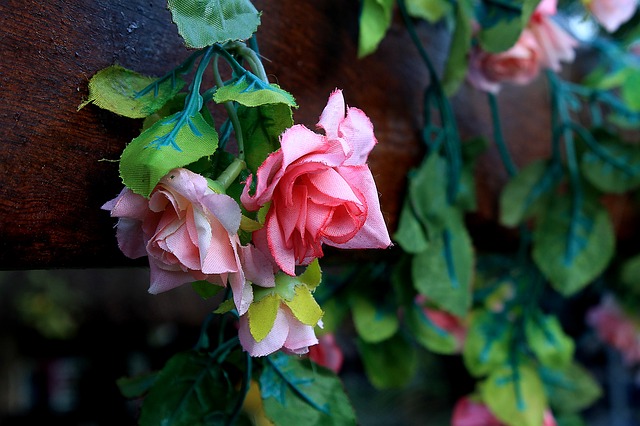 Is Your Landscape Fire-Wise? Follow These Tips to Make It So