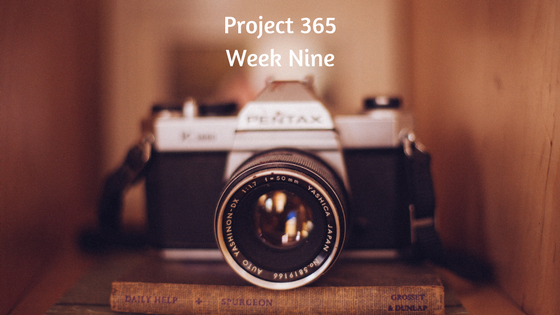 Never again will I laugh at Asa’s weather predictions!! Two weeks ago he told me to be careful of all the snow that was on the way, if i’m honest I took it with a pinch of salt, as Asa has always been snow obsessive and the slightest hint he gets a bit excited, so I have been nodding politely and saying “Yes Dear” 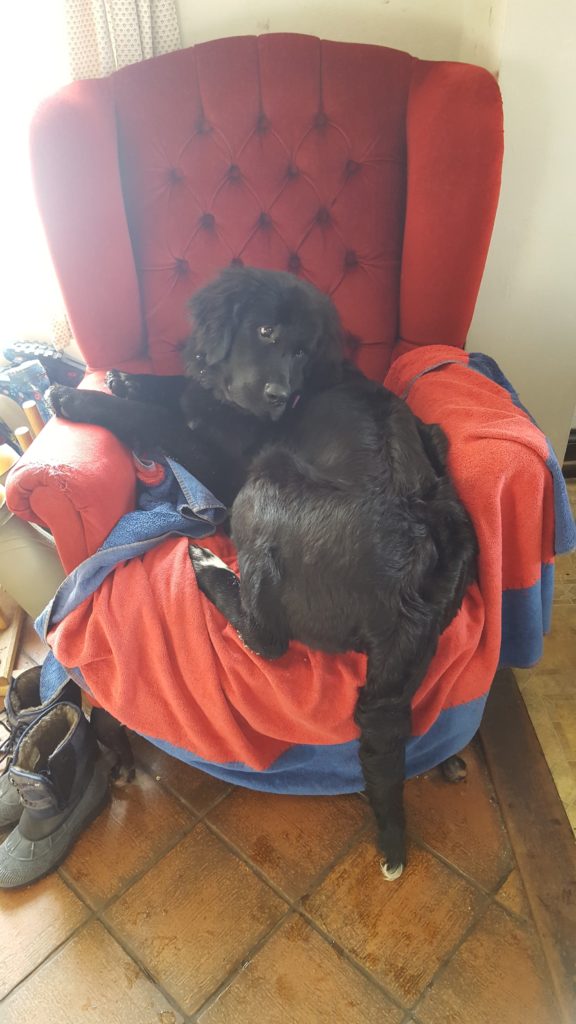 Day 56 – A lazy Sunday before the second week of school, every morning when I come down Merrie jumps up onto the chair in the kitchen, when we first got her she could carefully curl herself up on the chair,or on someones lap, but not anymore, there is definitely no room on the chair for anyone else and Merrie struggles to stay on herself, she also used to like lying underneath the chair, but that’s not possible anymore! 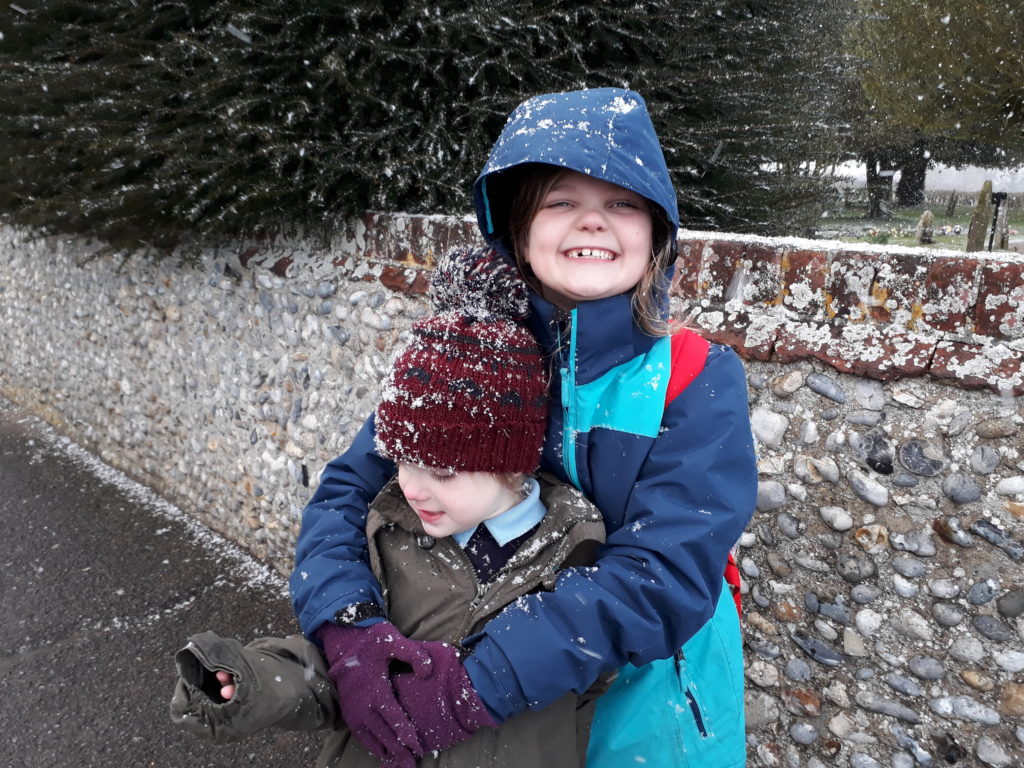 Day 57 We have been having snow flurries all day, so Asa and I split the two school journeys, he did the high school and preschool, I did the primary and College, as always happens at 3pm when we go to school it started snowing again, I grabbed this quick snap of Tyrus catching the snowflakes (and he is actually fully dressed!) He loved catching the snowflakes on his tongue, and as you can see from Eowyns face, she was also very pleased that it was snowing! 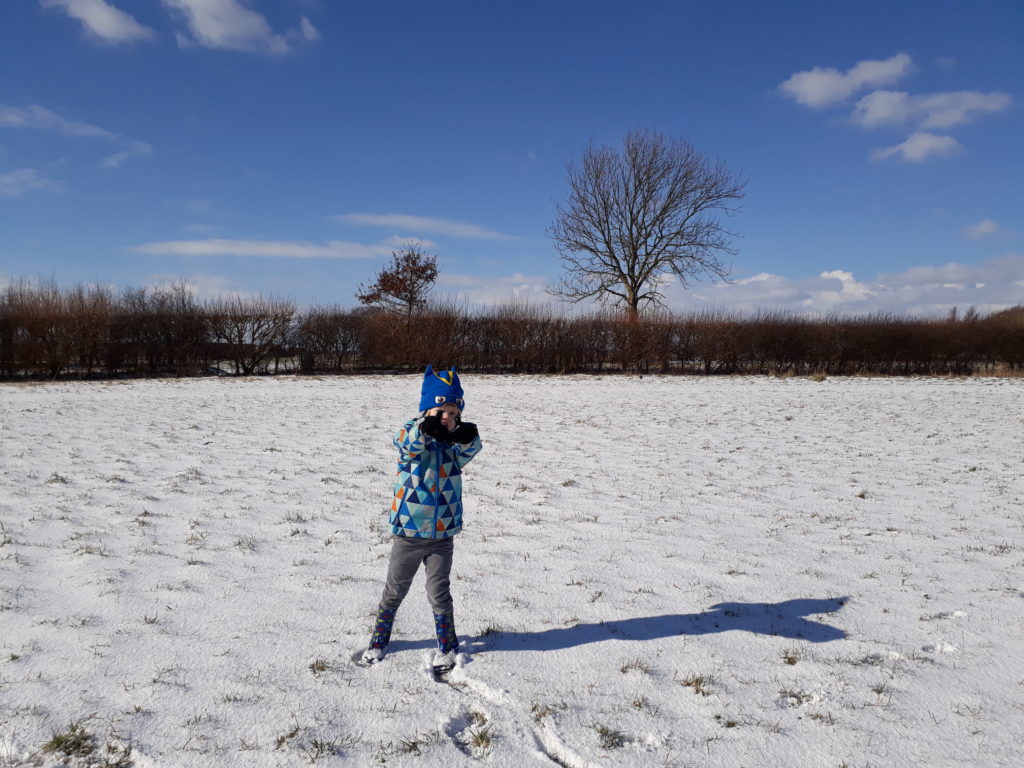 Day 58 Viggo was due to go to preschool today, but he decided that going out in the snow with mum, dad and Merrie was more fun. As you can see it was getting a little thicker and the entire school road was full of salt which never usually happens! 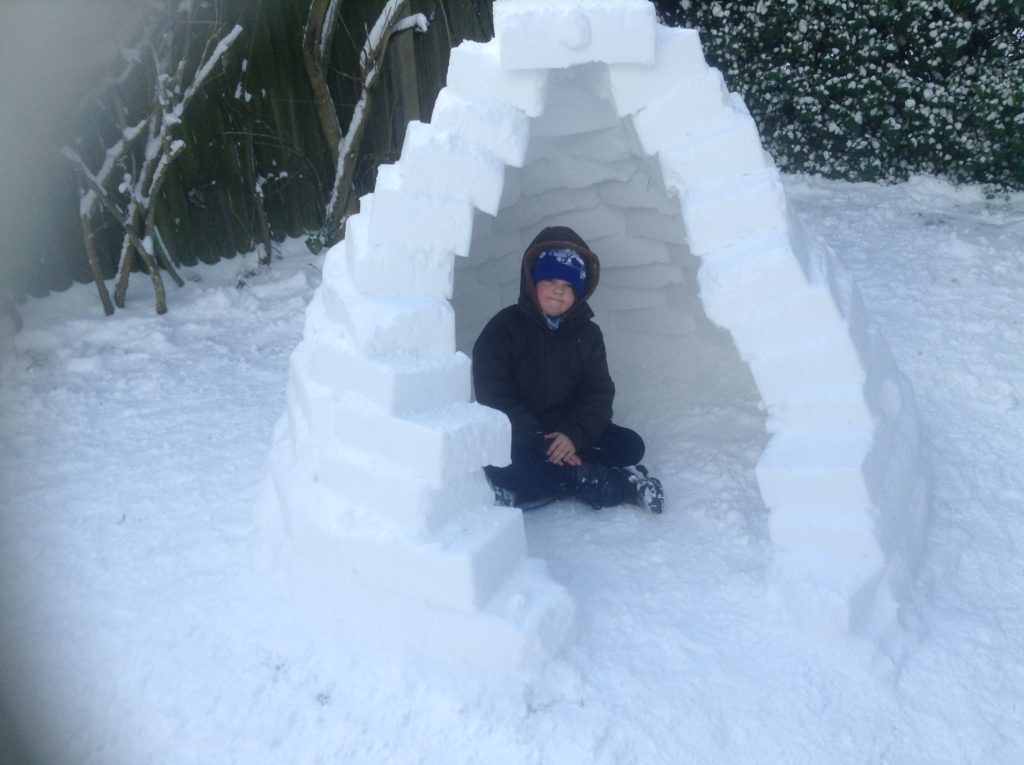 Day 59 Snow had been falling all night and at 6.30am we received a message from the high school to say they were shut, then 6.45am the primary school shut, then 7am college, so a full house at home for a Snow Day! The children built a snowman and then an igloo. 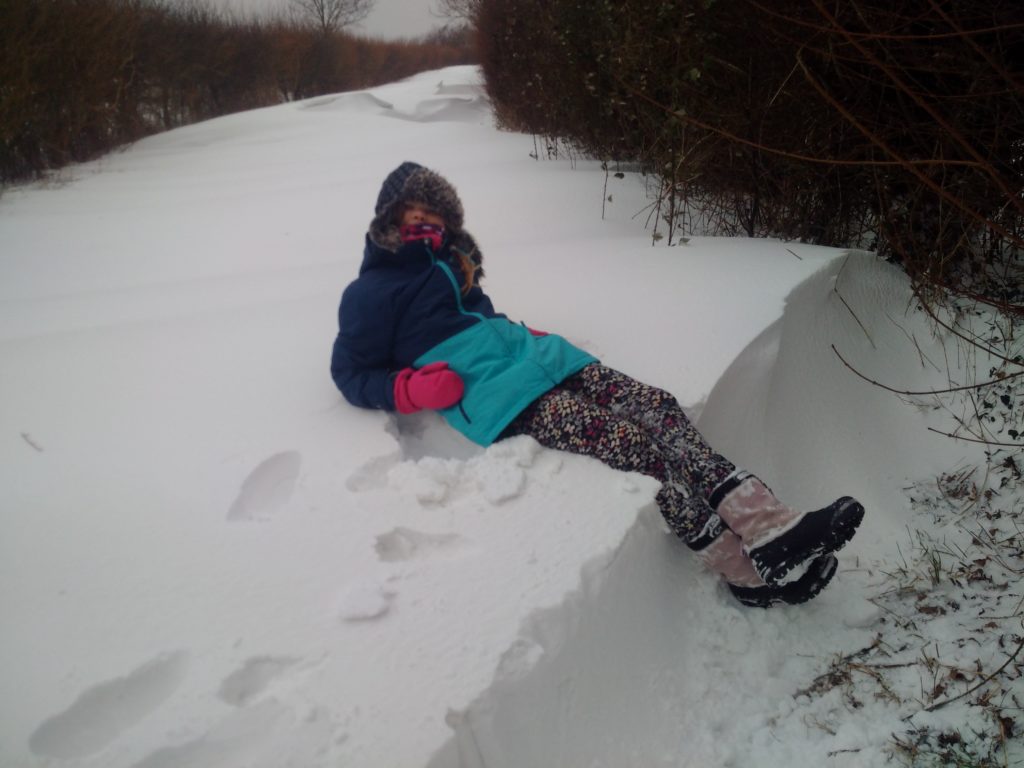 Day 60 We had already received text messages from all education last night to say they would be shut, so a nice lie in and another day playing in the snow. We have had a lot of snowdrifts, here is Eowyn making her own chair in the drift. Some of them were up to her thighs, and a just around the corner from our house a farmer had to use the tractor to clear the drifts on the road.

Day 61 The Primary school had already told us Thursday night they would be shut, we originally had a text to say the high school would be open, but they then changed their mind as the local council and police had advised to only travel if essential. Today Eowyn, Neva, Asa and Merrie headed to the marshes! 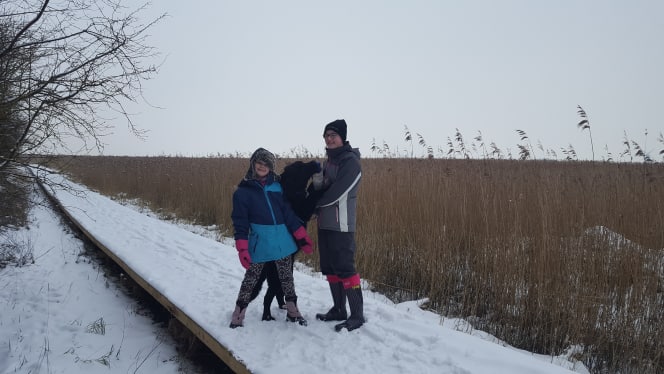 Day 62 We had another snowfall last night, so everything that had started to melt, is now covered in white again! This morning Asa, Eowyn and Neva took Merrie down to the Norfolk Broads. It won’t be long until Merrie will be able to rest her paws on Neva’s shoulders!!

And that’s our Snowy week! We are not forecast anymore snow and its supposed to be getting warmer, but i’ll believe it when I see it, as the snow last night wasn’t meant to be here. 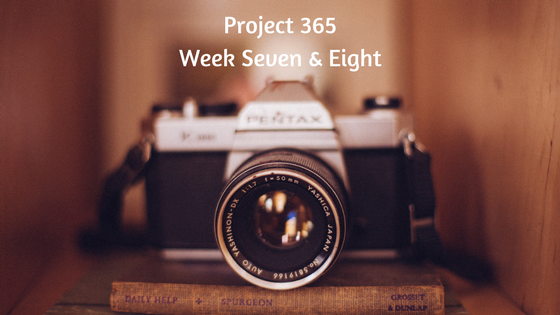 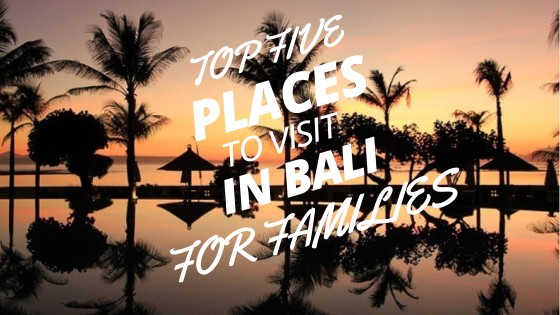 Top Five Places to visit in Bali for Families.