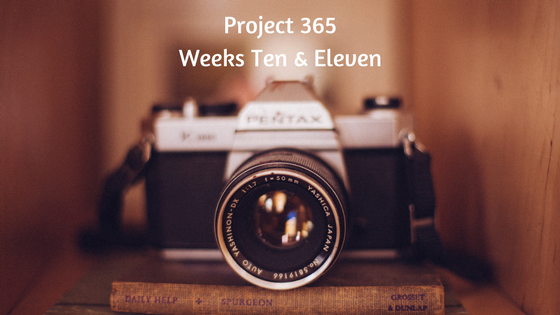 So, last week I thought I was totally organised, I had all my photos done and I even added the blog hop, but I forgot to add my own link!! So I am going to add it as a two weeker!

Well, it’s all back to normal here, most of the snow has gone, apart from the giant snowdrifts that still line the street of the primary school, so that’s fun for the children to climb over in the morning!

Been a pretty busy week here with work for both Asa and I, but it has been much easier without all the children home! 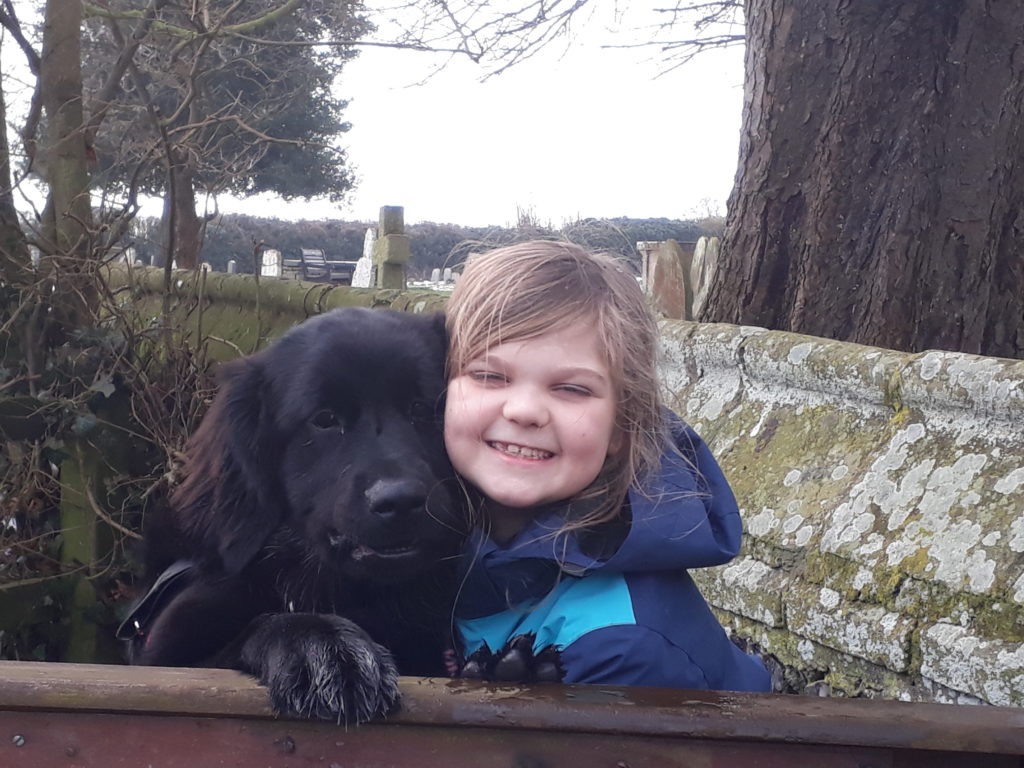 Day 63 – Today I finally got to go and see all of the snow at the fort, Neva and Lochlan decided they would like to stay home and look after the smaller ones, which meant I could go for a walk with Asa, Eowyn and Merrie! 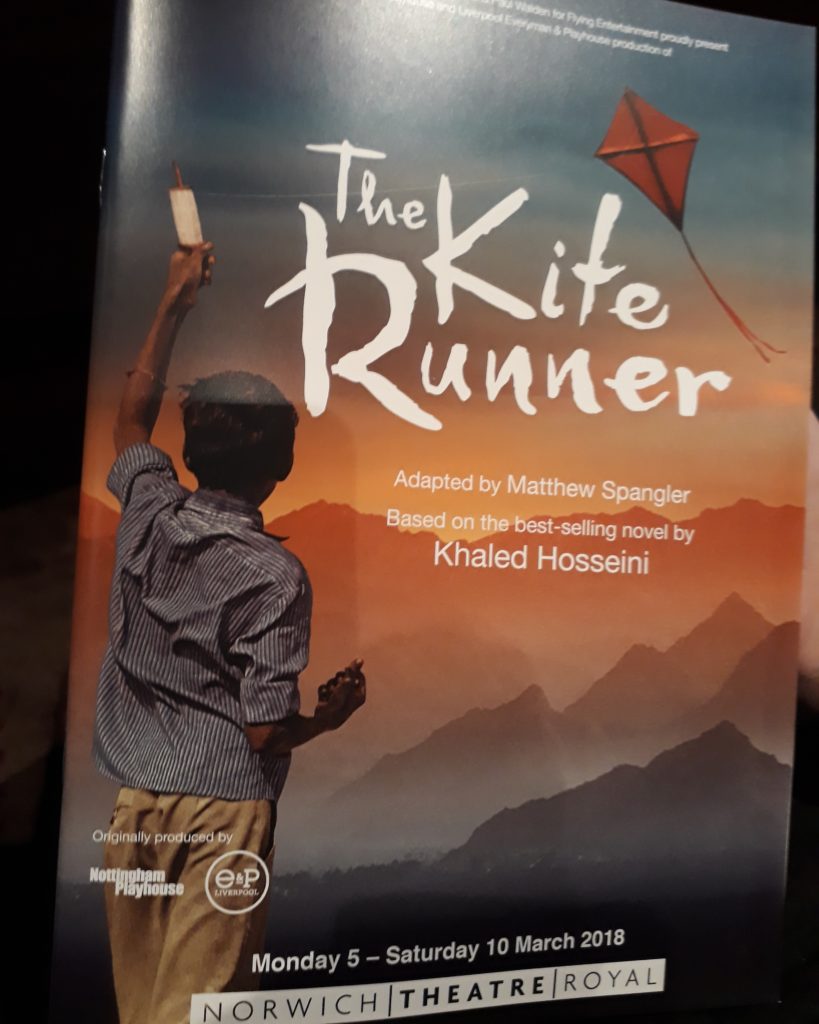 Day 64 – Thankfully most of the snow had disappeared on the back roads to Norwich as I had a bloggers brunch at Chapelfield, which was lovely and involved cups of tea and lots of delicious pastries! As well as catching up with Boo Roo and Tigger Too, who had brought Piglet along and she was just adorable! That evening Neva and I made our way back to Norwich for the opening night of Kite Runner which was brilliant. 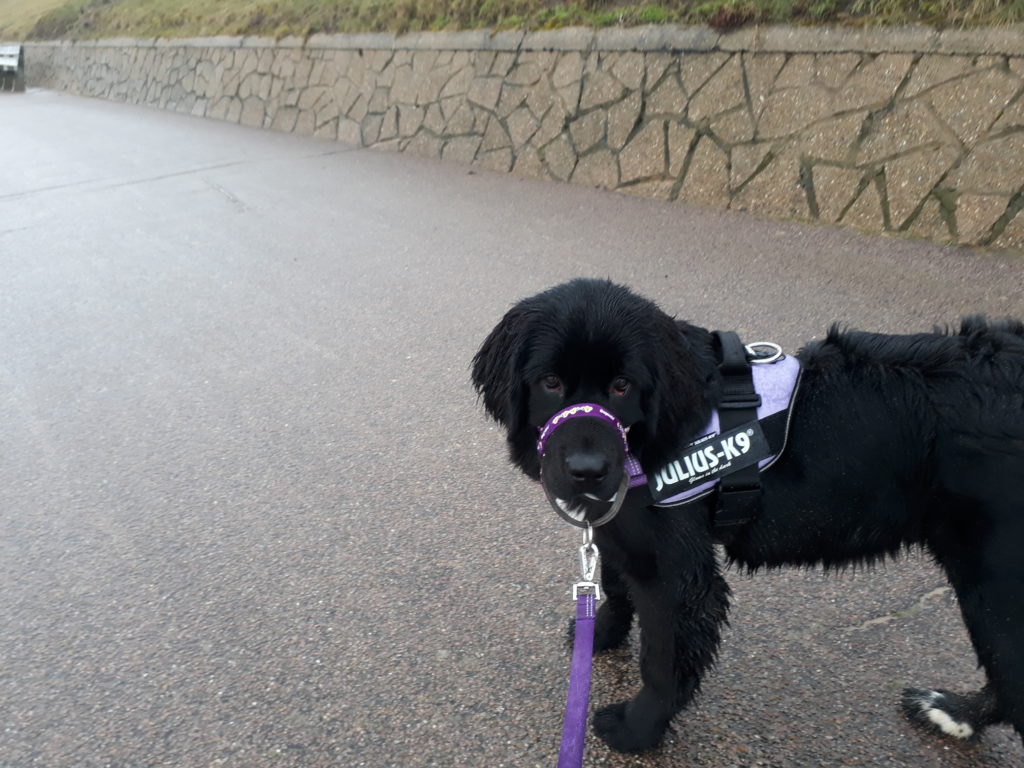 Day 65 Now that everyone is back in education, Merrie and I can resume our morning walks to the beach, although we could only walk along the prom today as the bad weather and storms had made the beach pretty awful, there was also signs of palm Oil and a few dead guillemots, and various sea creatures had been washed ashore, there have been reports further up the coast of dogs dying from eating dead shellfish, so we are not taking any chances! Now that Merrie is becoming much bigger it is starting to get difficult to hold on to her, so lots of owners of large breed dogs had recommended the dogmatic, she wasn’t keen to start with but she is getting much better and we can walk along without me at risk of being pulled along the promenade!! 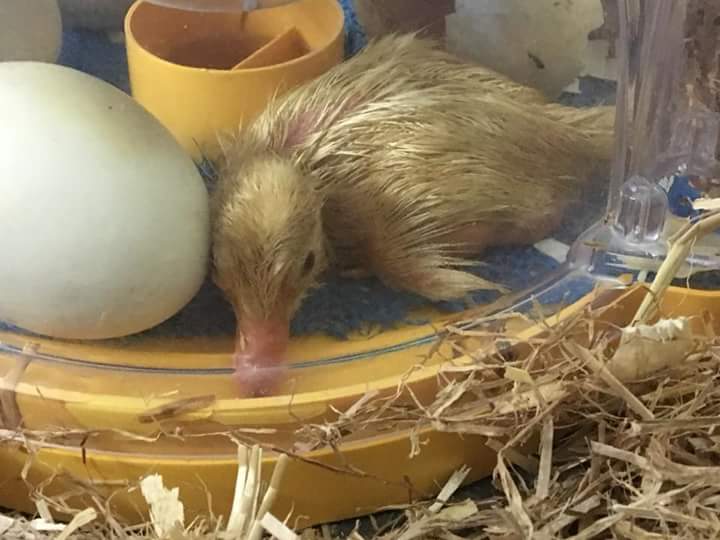 Day 66 I cheated slightly as this is actually a pic from Viggo’s preschool as I didn’t have my camera, he has been so excited because preschool had a delivery on Monday of six duck eggs, with a hatch date of Wednesday, the children have been fascinated and I have never seen Viggo so excited, he is looking forward to going back in on Monday for duckling cuddles! So far 5 of the 6 eggs have hatched. 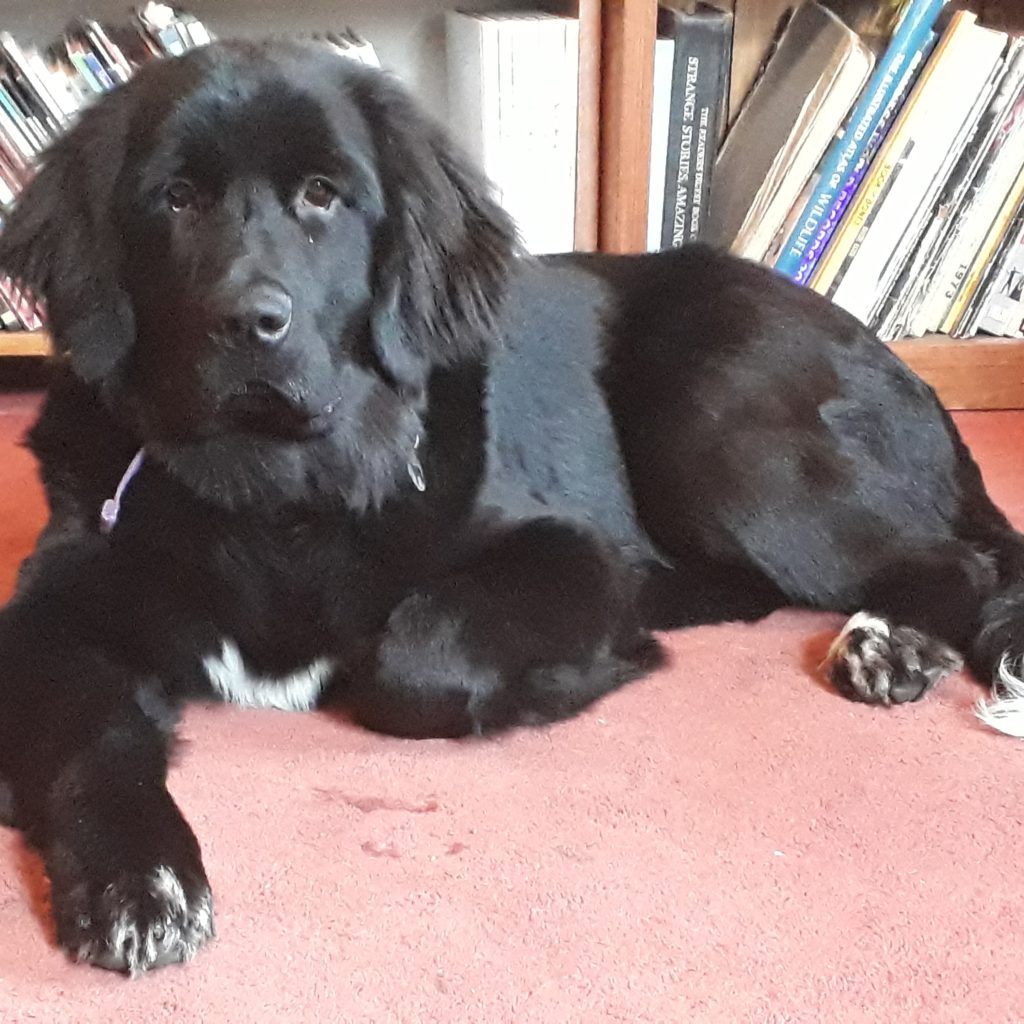 Day 67 – Happy Half Birthday Merrie x Today Merrie is 6 months old, and her half birthday falls on what would have been my nan’s 102nd birthday. She passed away in 1995, so she never got to meet Asa or any of the children, we were very close and I still miss her very much, Xene’s middle name is Elizabeth in memory of her. 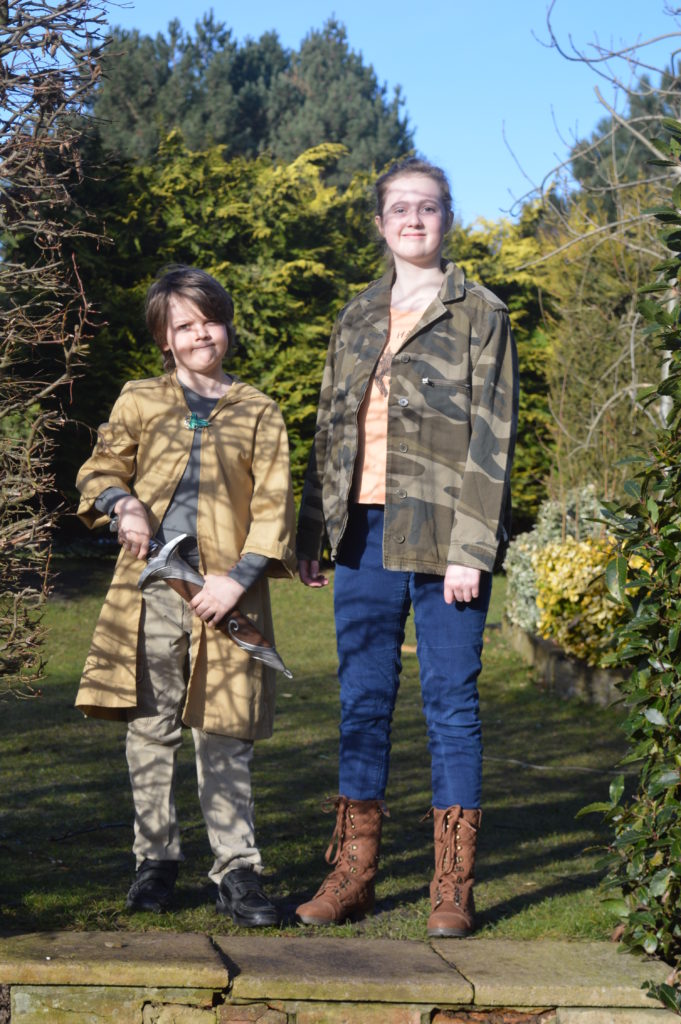 Day 68 With all the snow last week the children missed World Book day, so the high school did it today, Kaide went as a Hobbit and Neva was Clarisse from Percy Jackson. 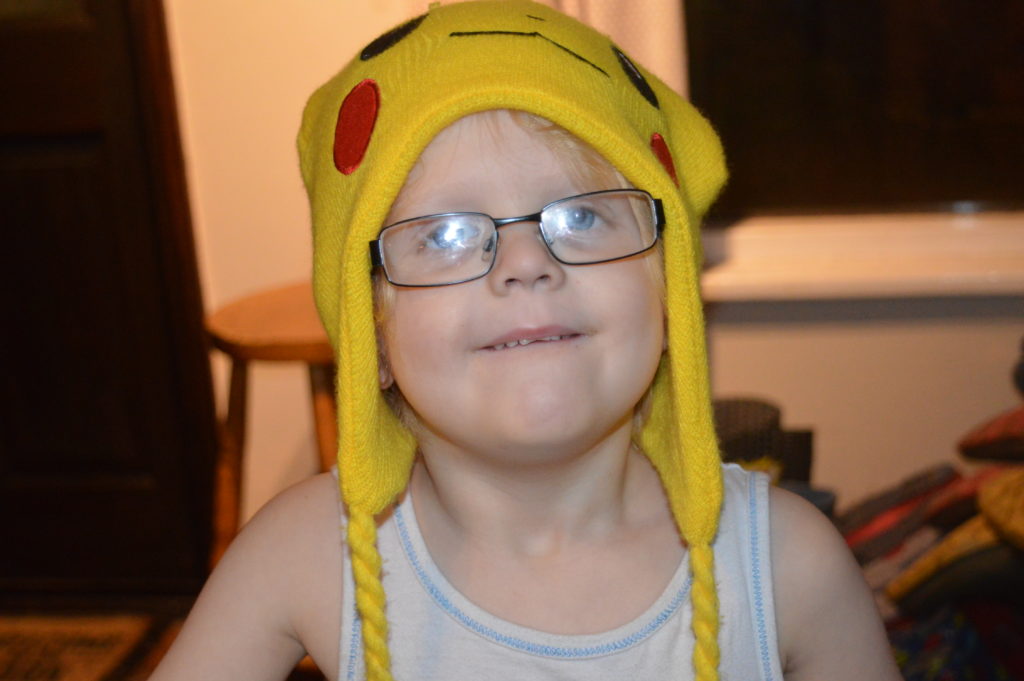 Day 69 Today has been a quiet day, Asa has gone off to play rugby, and Viggo has taken to wearing his Pikachu hat around the house, it always makes me smile because he copies things that Tyrus does, usually about 2 weeks later! I guess it has got to the point that although three years apart, they are now at the same level and Viggo will overtake Tyrus in the not too distant future, I expect to notice it more once he starts school. I have a feeling he will become Tyrus’s protector! 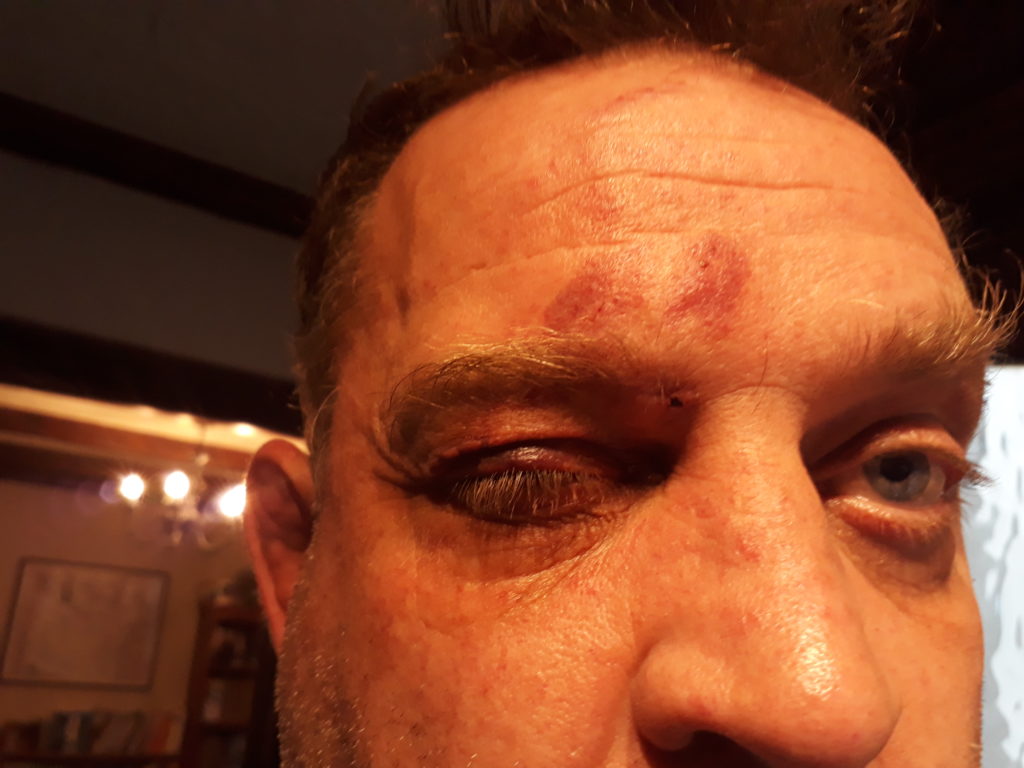 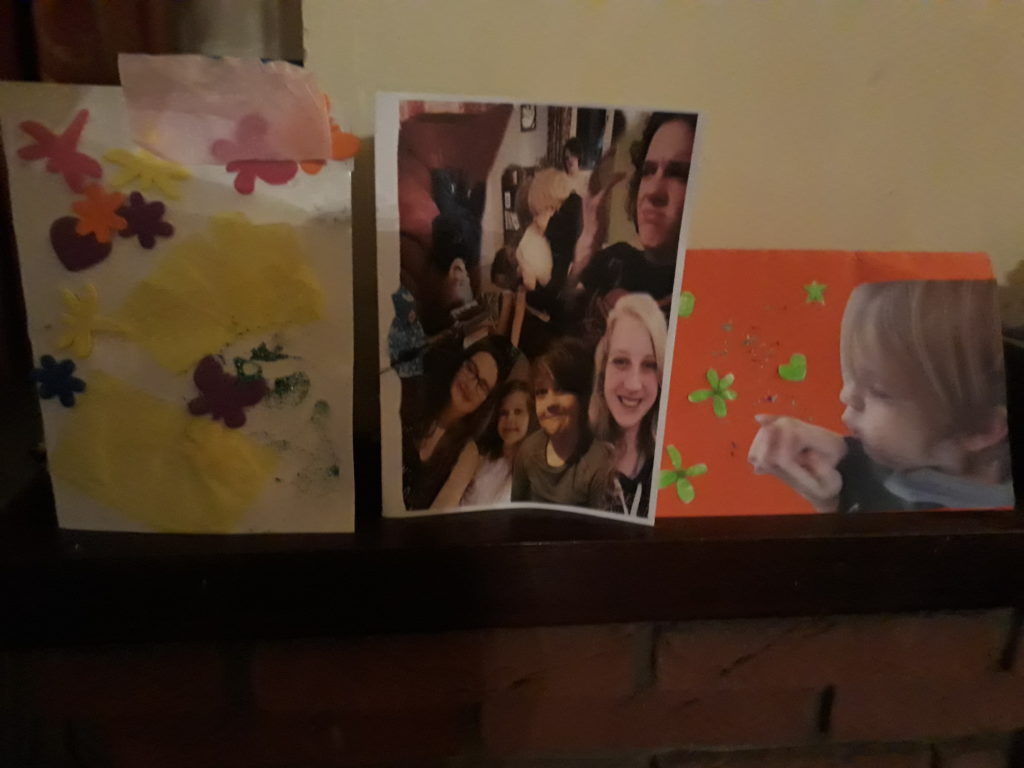 Day 70 – Thinking back it can’t have been very interesting as nothing really jumps out at me that we did! When Asa came home from rugby yesterday he had another injury! This time a boot had kissed his face during a ruck, the black eye has come out in a lovely shade of purple today…I have just looked at the calendar and obviously it was Mother’s Day, Viggo and Tyrus both made me lovely cards and Neva was put in charge of making me one from all of the children as Xene isn’t here,  she did remember to wish me a Happy Mothers Day and I got three different boxes of chocolates which the children have helped me to eat this week! So i’ve added an extra pic. 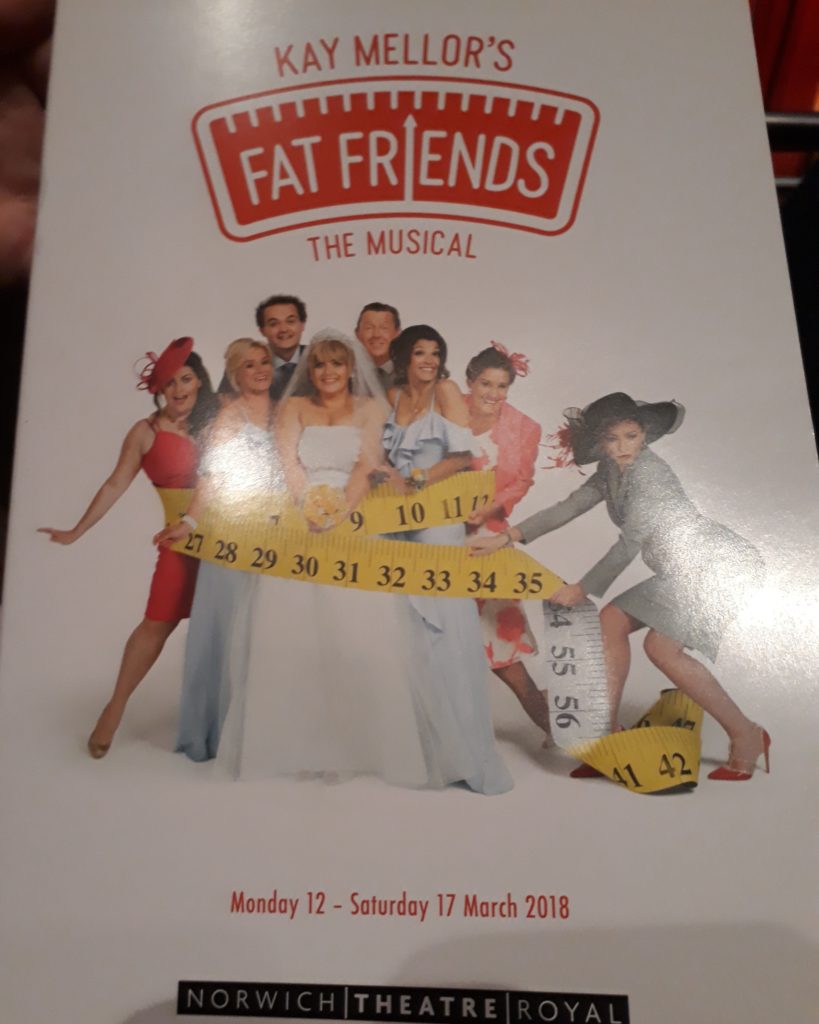 Day 71 – Neva and I are certainly having some great nights out at the moment, tonight was Fat friends The Musical and it was brilliant, so funny and it certainly flipped the idea that being thin was the be all and end all of everything! If it is coming to a theatre near you, I definitely recommend going to see it. 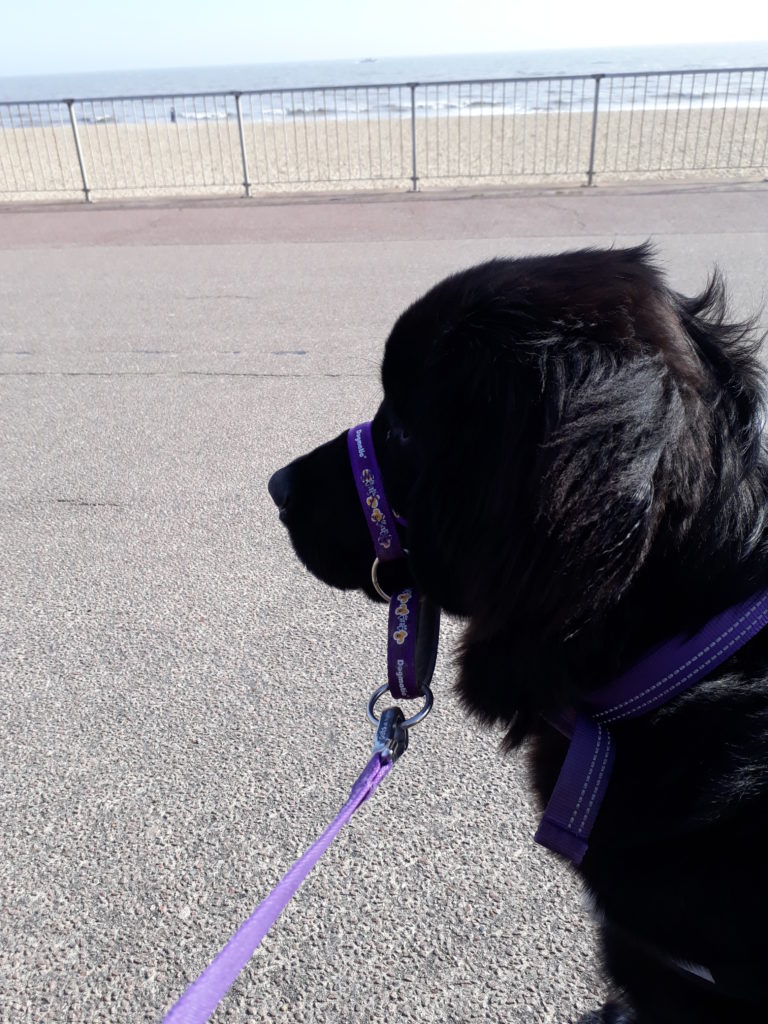 Day 72 – This was taken just before we had Merrie’s adolescent check up at the vets, when she went for her jabs we had a very lovely vet, but this time we didn’t have such a friendly one, in fact she was rather rude and Merrie really didn’t take to her at all (neither did I) apparently Merrie has an ear infection, so I was given an ear wash and antibiotic ear spray and a bill for £42, with another appointment next Monday… 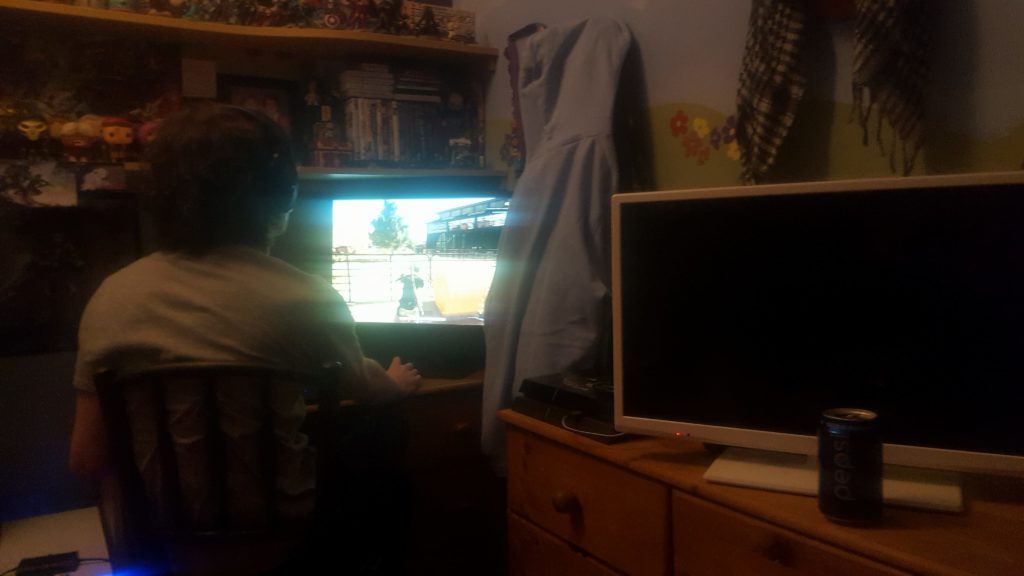 Day 73 – Lochlan has just been given his instructions for applying for the next course he would like to study, he has to put together a portfolio of all his game development work from the last two years at college, plus ideas for future work, to be able to continue his course he requires a gaming pc, so after much deliberation he found the one that would suit his needs, so we had to rearrange his bedroom and the second desk from my study has disappeared upstairs, so now I need to find something suitable to replace it! 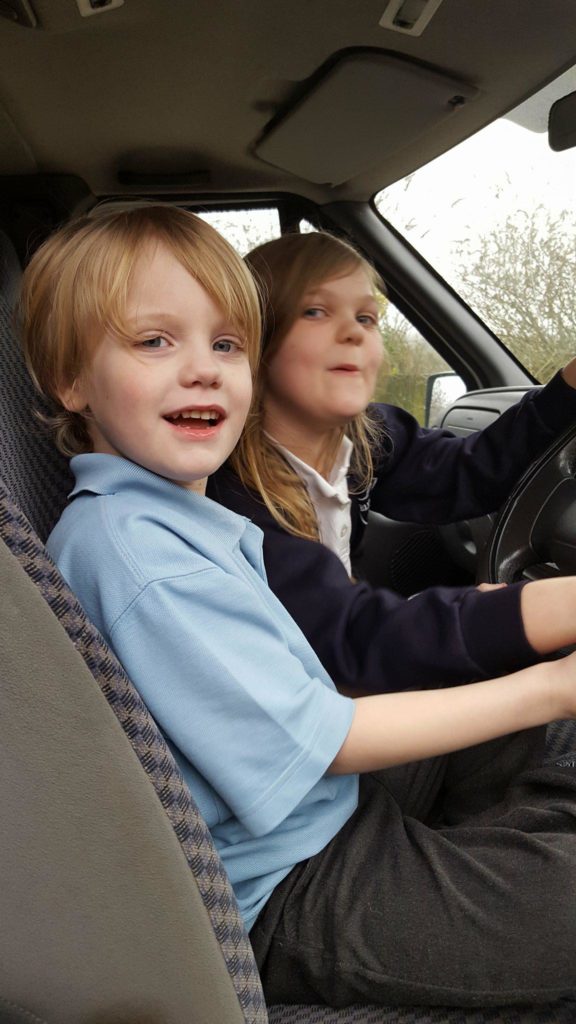 Day 74 – Tonight I had Parents evening for Eowyn and Tyrus, it was supposed to have taken place a few weeks ago but got cancelled due to the snow, the last parents evening I had, I was there for 2 hours, so I was hoping it wouldn’t be as long. Eowyn’s was first and I went straight in, she is doing extremely well and is working well above her age for all the main subjects, she has also learnt how to talk and work at the same time (something she was unable to do at the last one six months ago!) Tyrus is also doing really well, he has made good progress from the last one. It wasn’t as long because we had already discussed most of the work Tyrus was doing at his ehcp meeting only two weeks ago, which meant I was home pretty quickly this time! 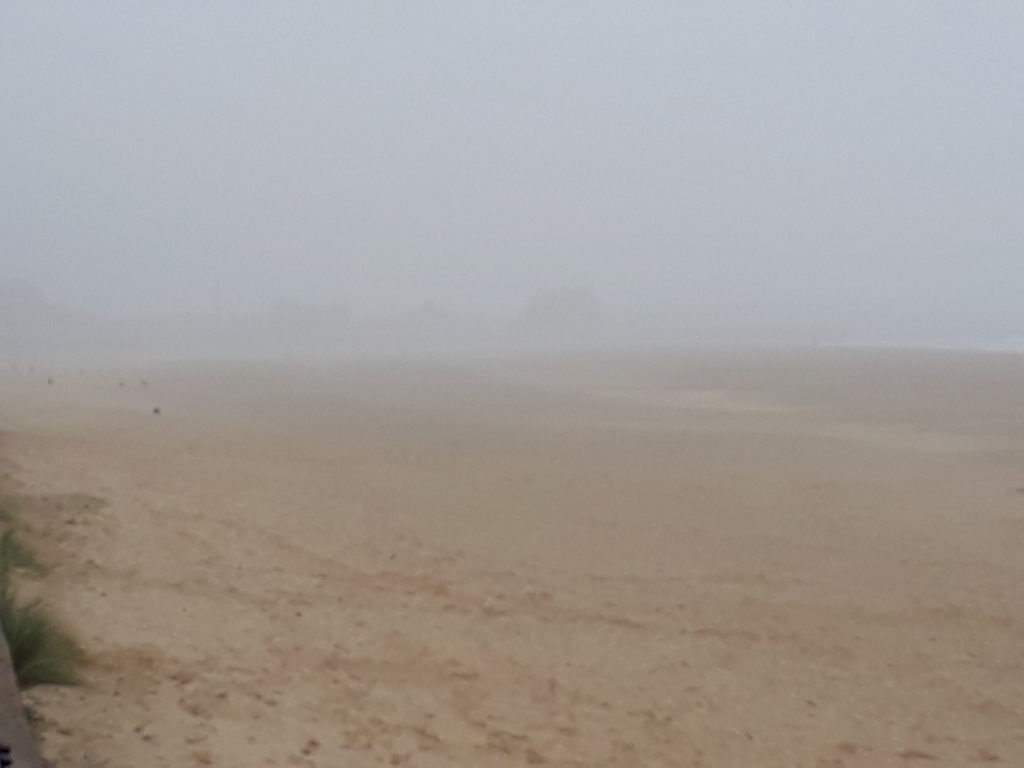 Day 75 – Merrie and I went for a walk to the beach today but when we walked down from the cliffs, this is what we were met with, needless to say, we were the only ones walking along the prom and it was very eerie, but Merrie didn’t seem to notice! You can just make out the amusement arcades in the distance, usually you can see them as clear as anything. 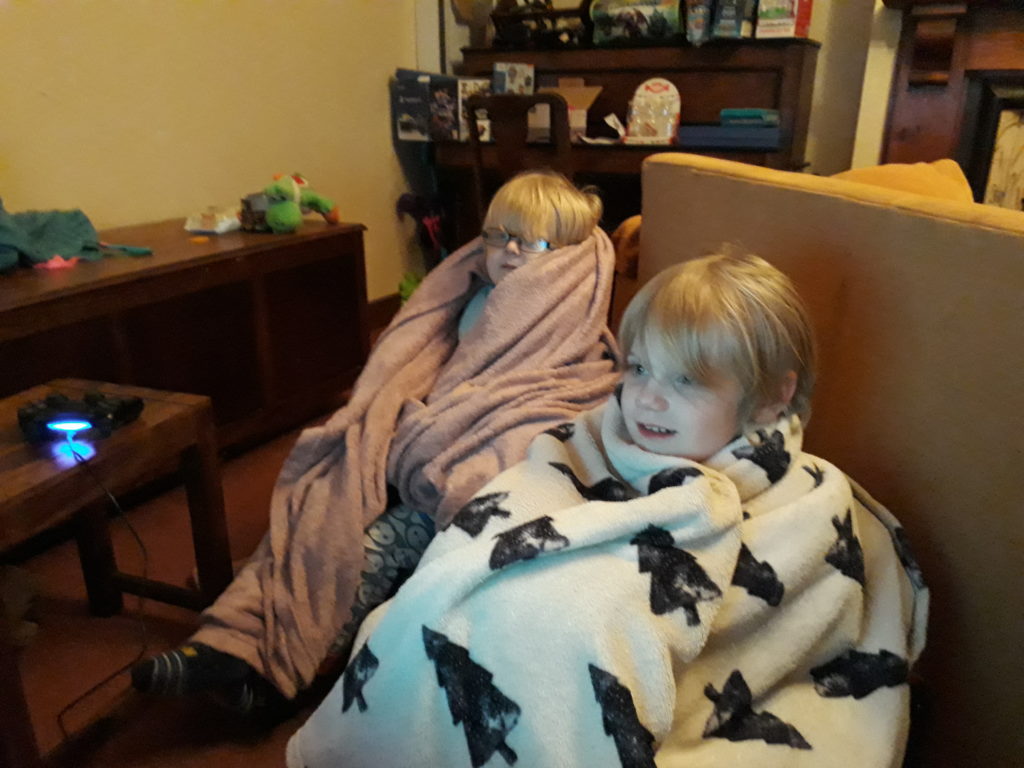 Day 76 – Its been absolutely freezing here today, lots of swirly snow that hasn’t settled thank goodness, Asa was waiting round for ages to get the green light for the rugby match today, he didn’t fancy the prospect of driving to Stow market for no reason! These two little monkeys had the perfect answer for keeping warm.

And there we have it two weeks done, and another week closer to the Easter holidays and the run of birthdays. starting with mine on Good Friday and then 4 more in April!