Another two week catch up, I must try and get into the habit of posting the photo into the post each day, it would make it so much easier! 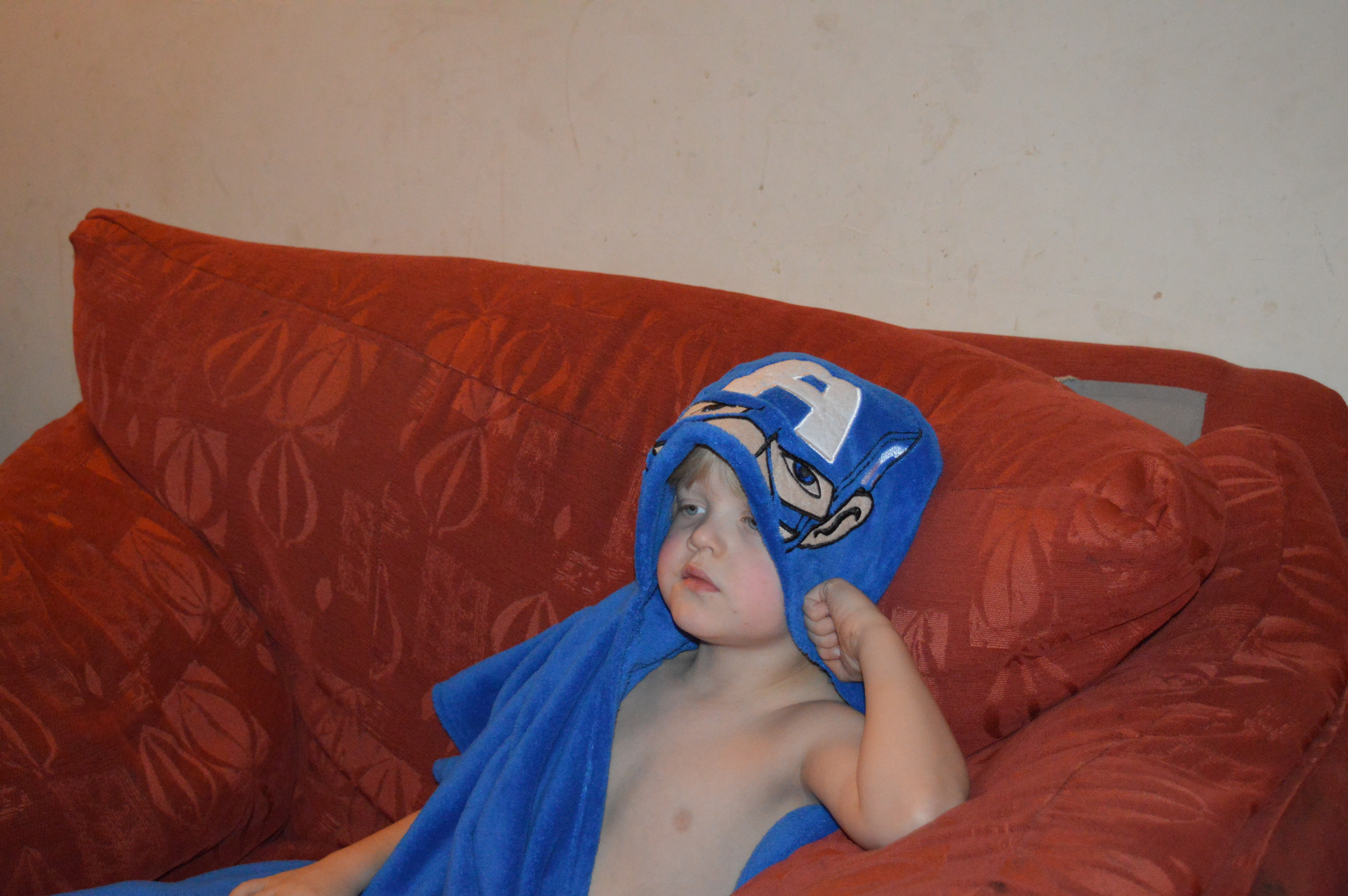 Last day of chilling out before back to school, its been a pretty quiet week, but they’ve all had plenty of time to recharge their batteries, and now on the countdown to Easter! 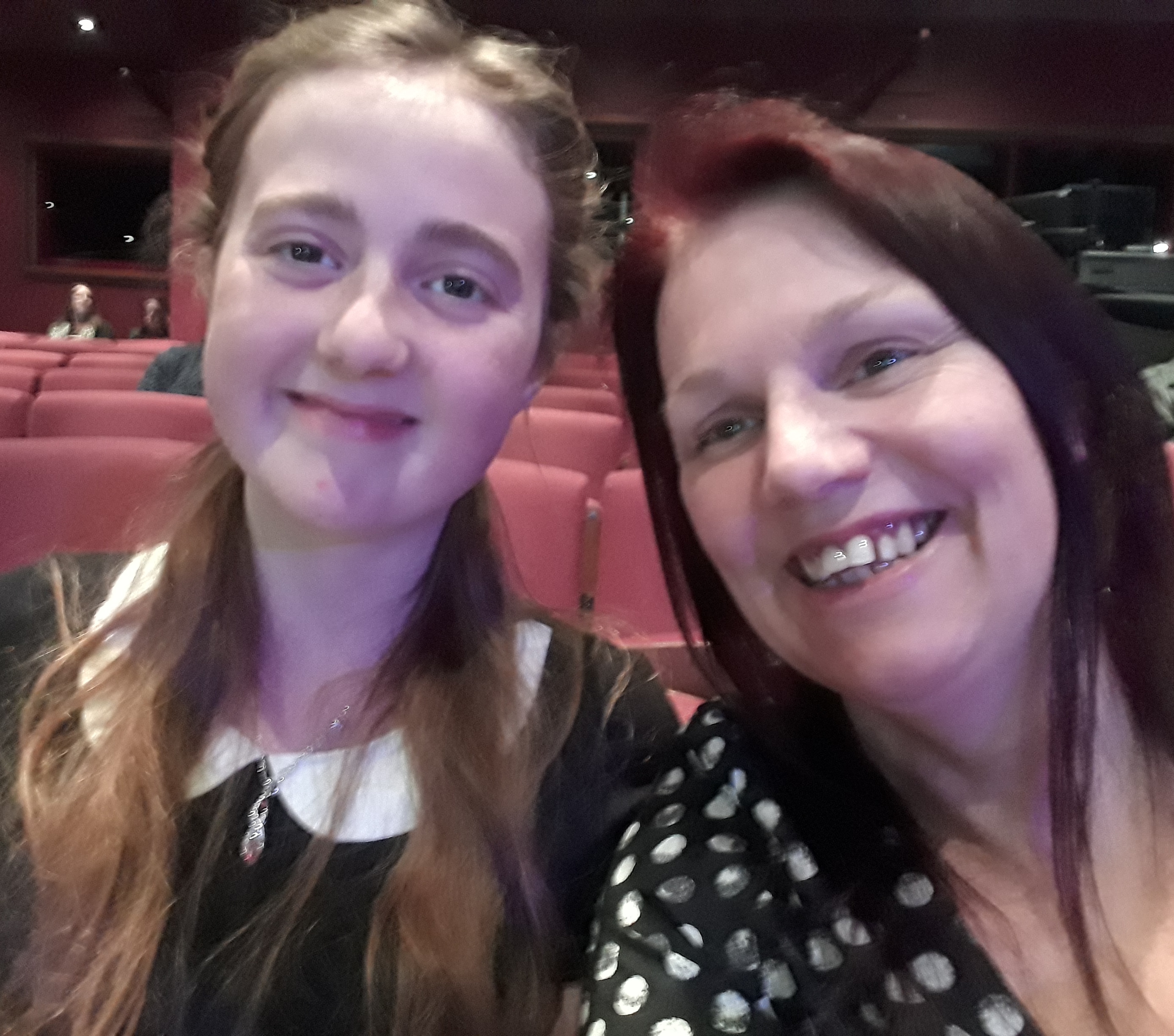 Tonight Neva and I went to the theatre to watch Club Tropicana The Musical and it was brilliant, starring Joe McElderry from X Factor and comedienne Kate Robbins, usually when we go to the theatre I take a photo of the programme, but as I am in very few photos with the children I am trying to make more of an effort to be in pics! 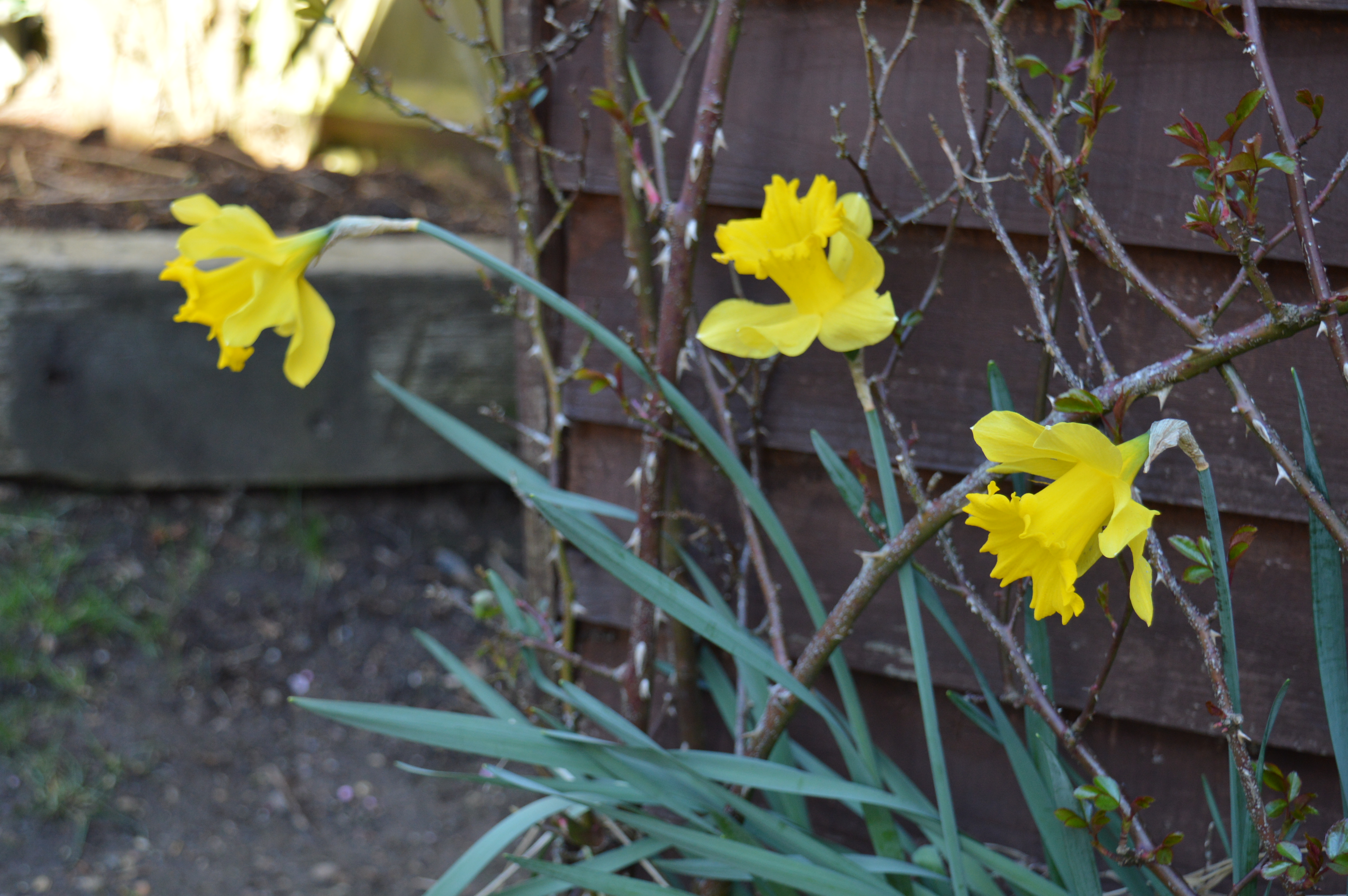 Finally the daffodils are out, although I think the crocuses I took last time have now disappeared again, our weather system is crazy at the moment! 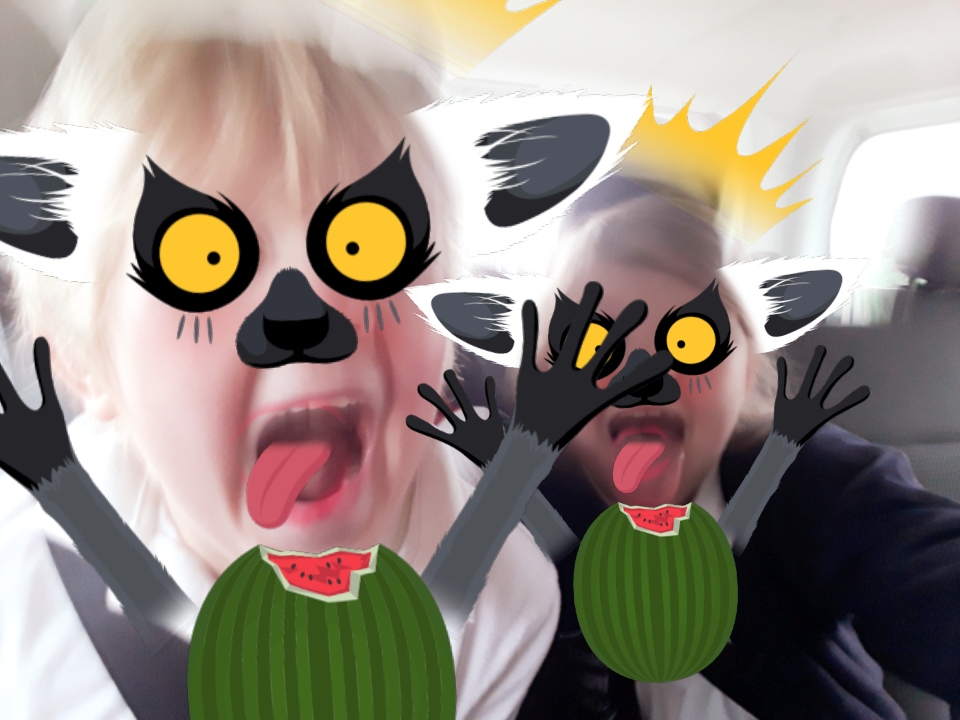 Xene came home today for a few days, she had originally booked her train to come home and collect the puppy, but after a discussion she decided that it had been quite a while since the Christmas holidays so she could do with a break, its such a shame uni’s don’t have half terms too! Asa and Kaide went to collect Xene from the station, meanwhile this crazy pair were making their own entertainment whilst we waited for Neva to finish one of her mock exams! 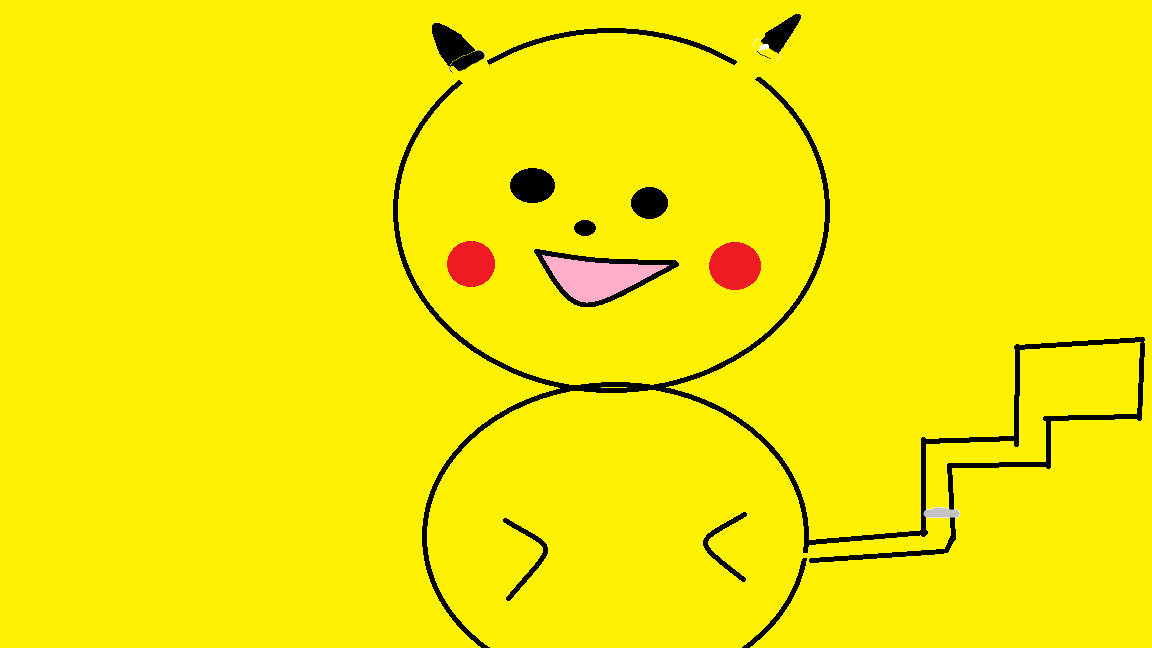 Eowyn has been spending some time on the computer with the graphics package learning how it works, ready for her next piece of homework, here is Pikachu from Pokemon, it must be OK because Viggo recognised it straight away! 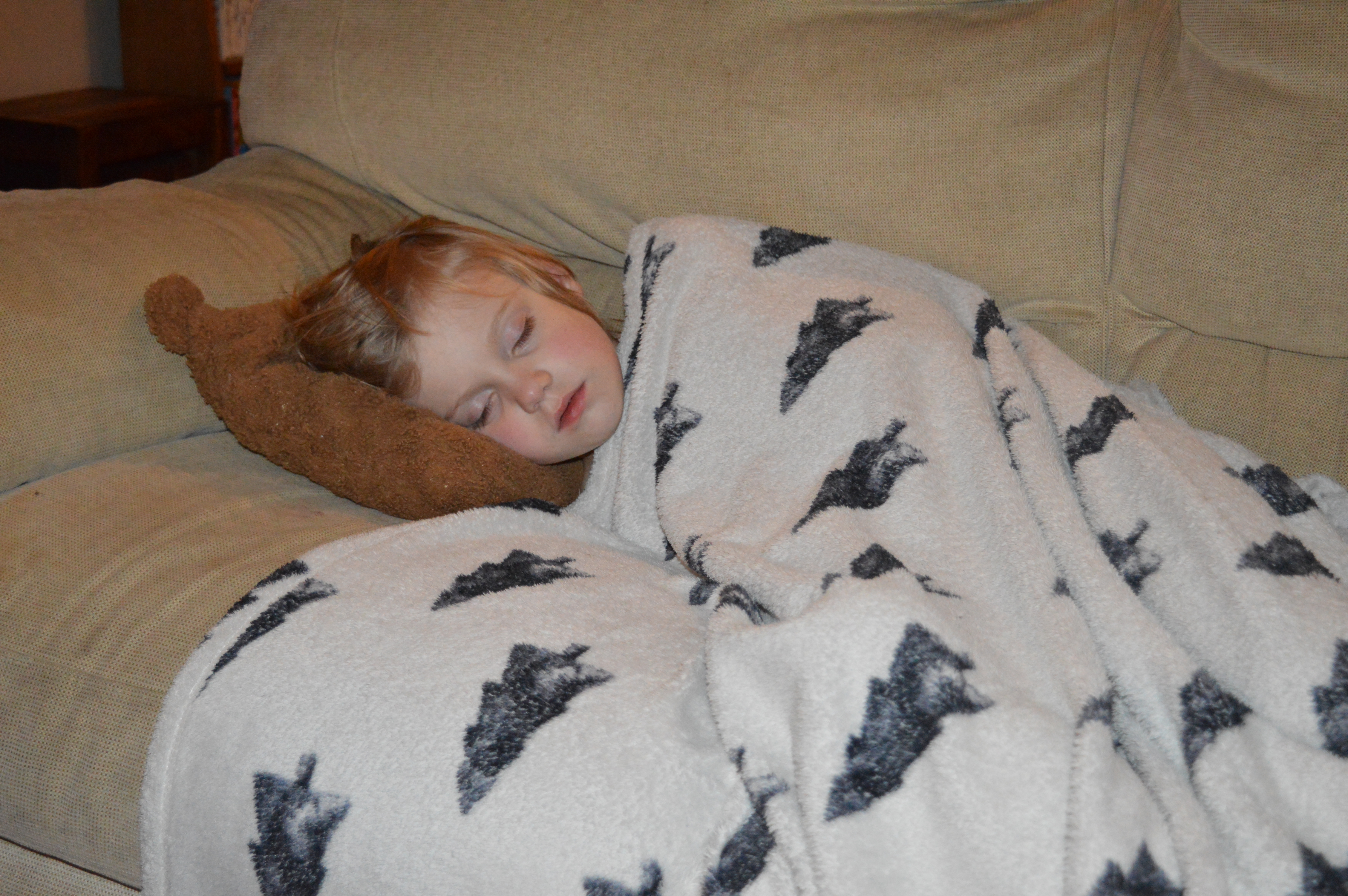 Tyrus woke up in the middle of the night with a very high temperature, so he had the day off from school, which both he and Xene enjoyed, I was expecting it to be the start of some awful virus or bug, but it came to nothing! 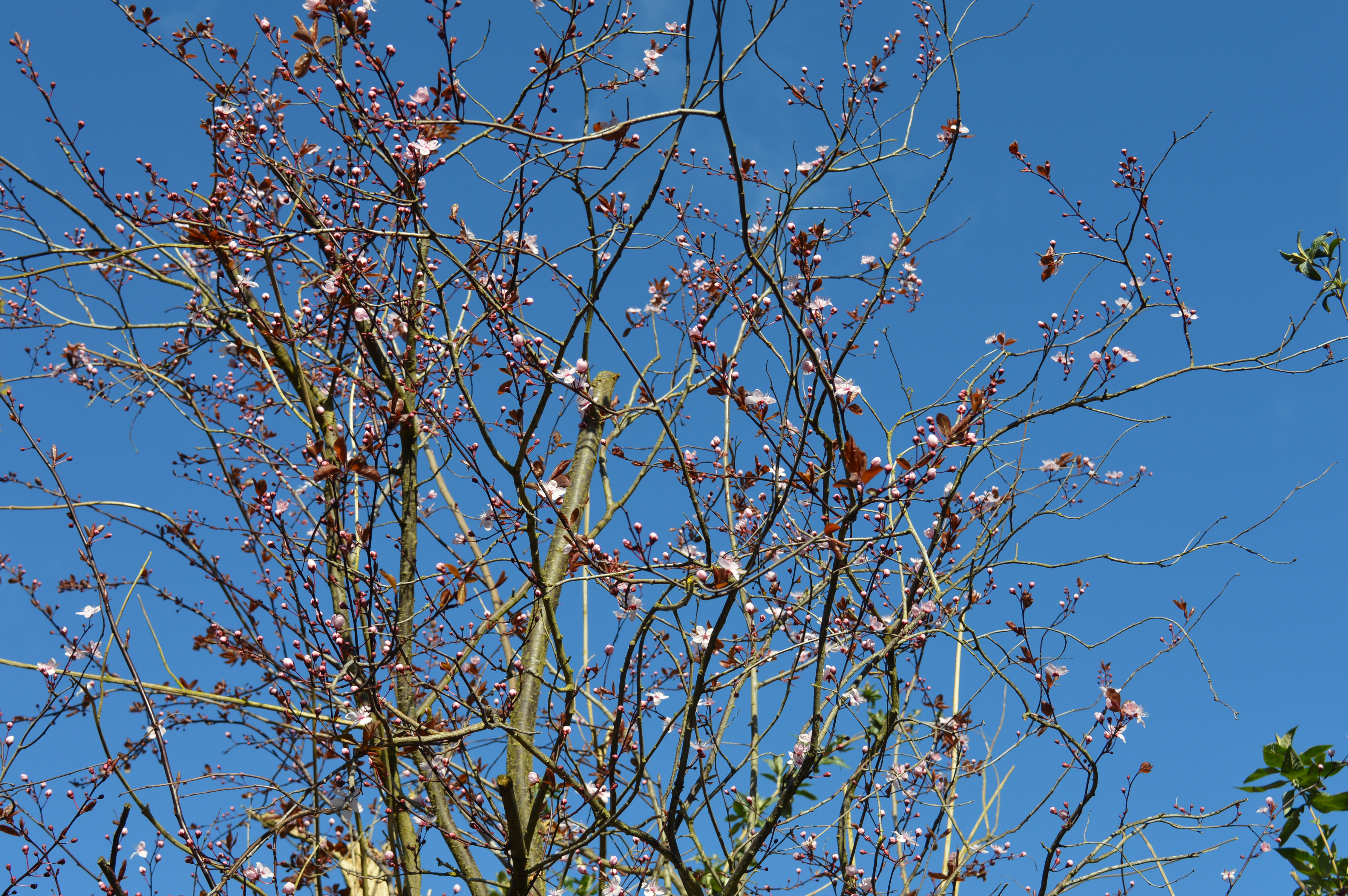 I am hoping this means that spring is now officially on its way, whenever this tree blossoms it tends to signify the start f much warmer weather, so we shall see! 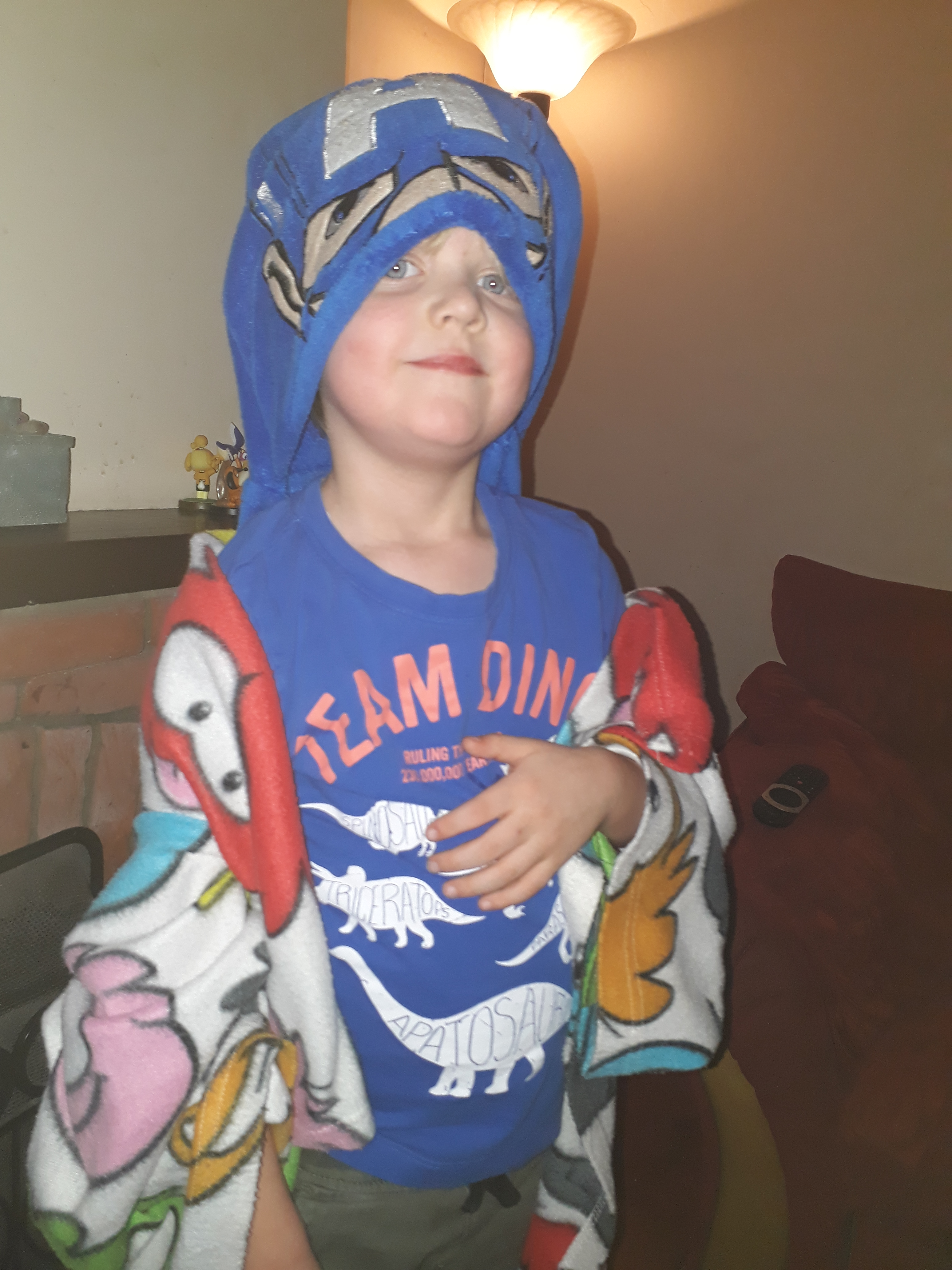 Eowyn and Viggo love playing together at the weekends, its so lovely to see them using their imagination and role playing, this is Viggo feeling a little cold, so he is trying to see how many blankets he can fit on himself! 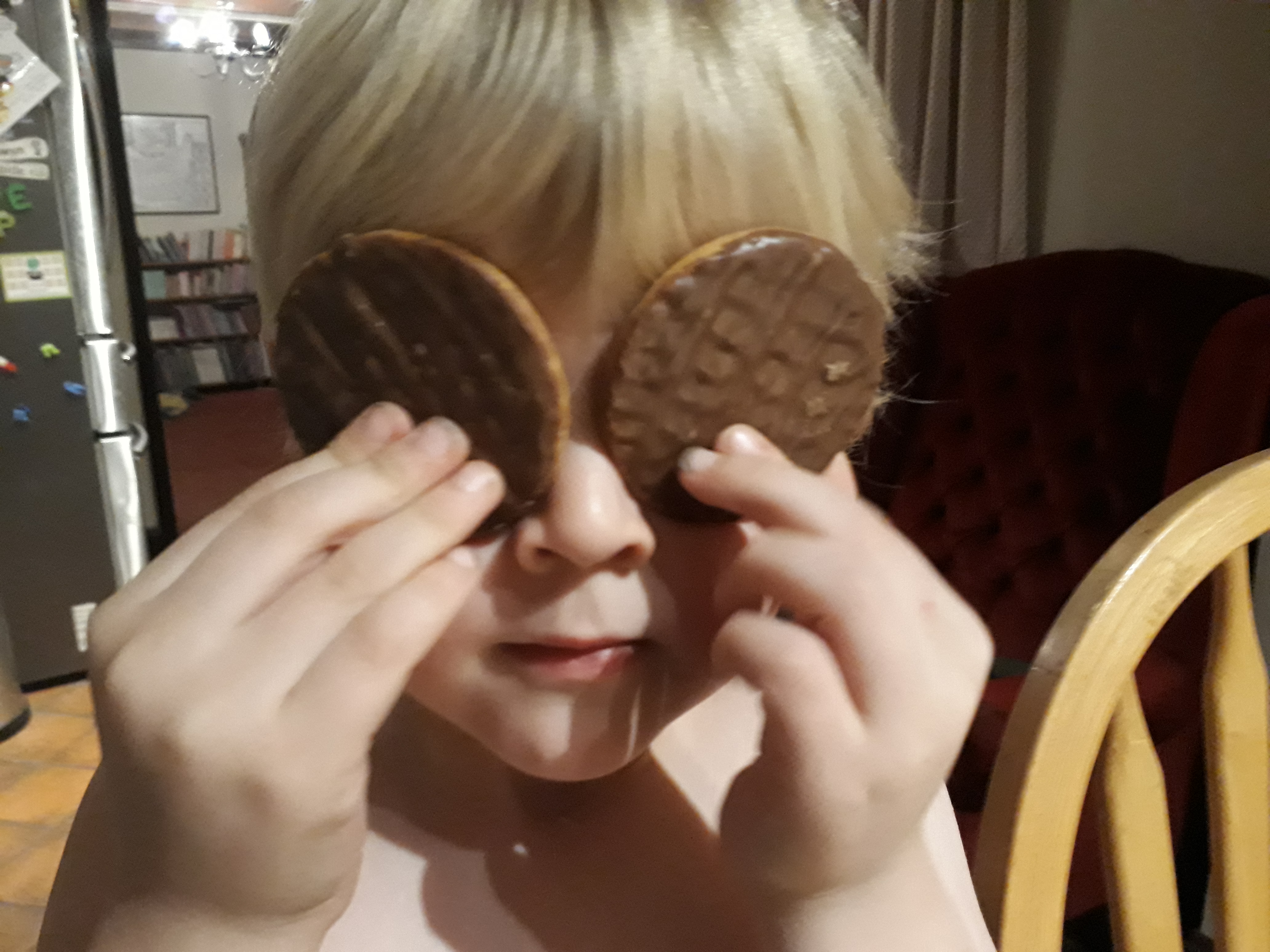 There are no words!…… 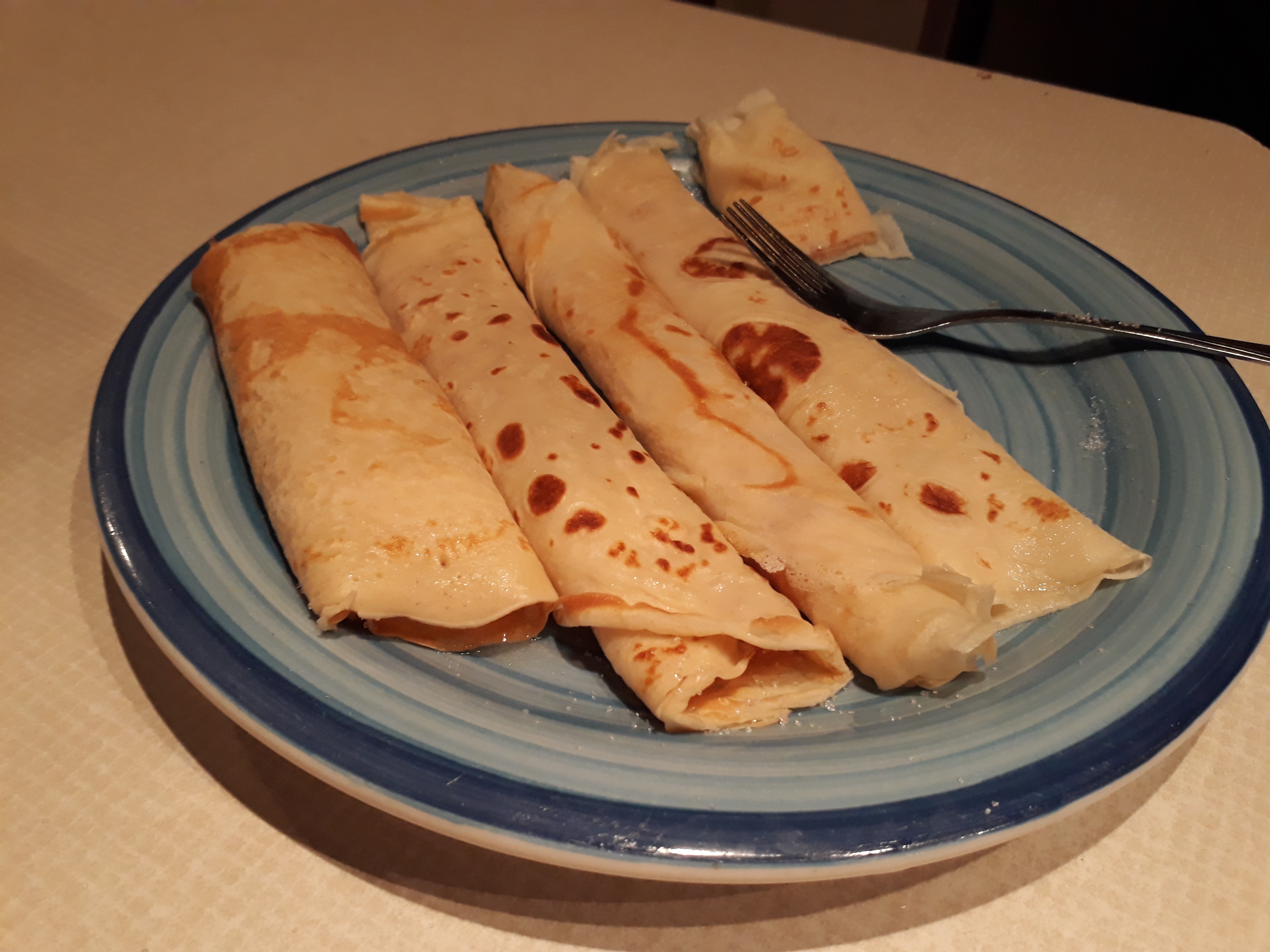 Pancake Day! Tonight Asa was at rugby training and Lochlan was out, we had Neva’s friend round, so I was unsure how many pancakes to make, so I got the batter mix for 12 pancakes and tripled it! I had two frying pans on the go, and just kept making them, all of the mix went so I guess they were a success, I just have no idea how many I actually made! 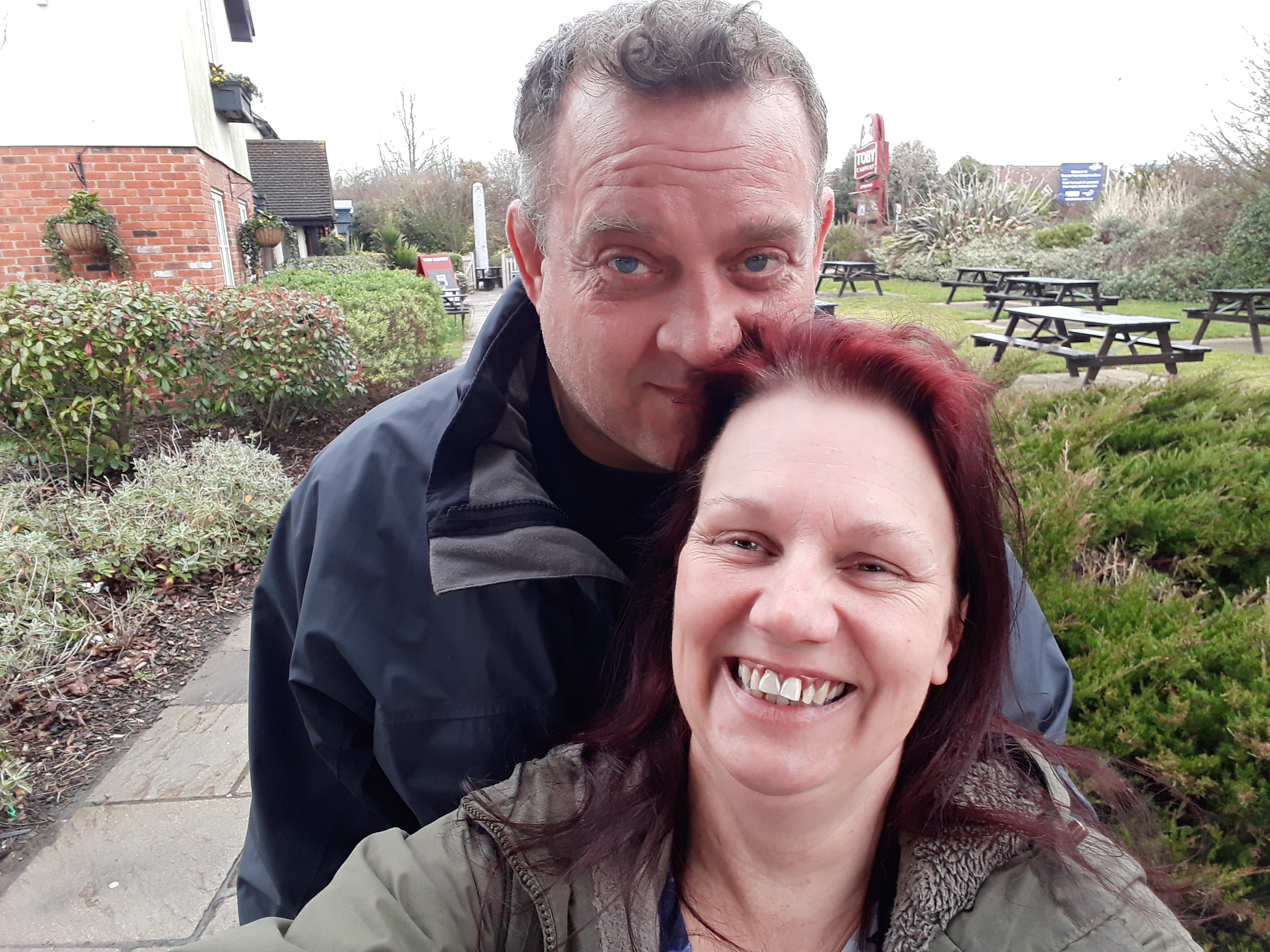 Today was a very rare occasion, Asa and I had a free morning together (the first in about 2 years) so we went out for breakfast at the local Toby, it was delicious and we sat and chatted non stop throughout, not bad for nearly 23 years of being together! In my attempt to be more in front of the camera I took this selfie, not the best and I am halfway through laughing as Asa had made some comment about me being too short and would end up with a picture of his nostril or chop off his head, but I quite like it, even if it is the first time we have been out together without any children in about 6 years…. We will have to plan in a few more going forward.

This is a photograph of a photo, that was sent home with Tyrus today, in his free time choosing he always loves to do puzzles, he has been working on a 300 piece puzzle for the last week and had completed it today, I love how pleased he is looking. Today I went to look at another specialist provision for Tyrus, just for my own peace of mind, but it was as I had first thought, not suitable, so I have now filled out his form to have his ehcp review finalised and then we can begin the appeal process and fight for what he needs to continue his education in the right place. 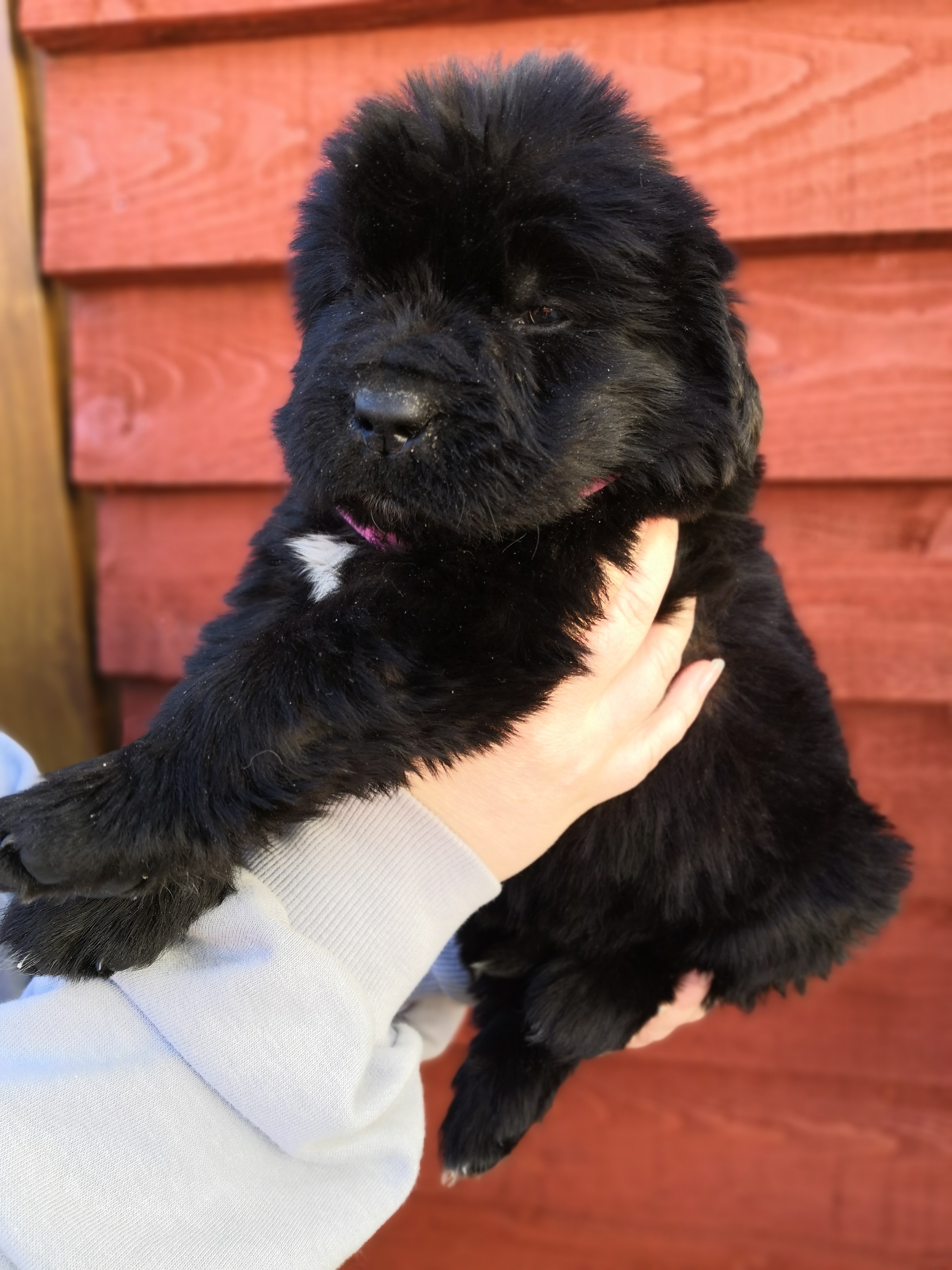 Whilst on the school run this morning, I stopped to chat with a fellow dog loving mum, to catch up on the world and talk puppies, I was explaining to her what had sadly happened with the previous puppy we were going to get and when we finished talking she said, your perfect puppy will be out there somewhere. Later that afternoon I was browsing through the dog adverts and noticed that the litter I had fallen in love with that had all their puppies sold was now not saying that, so I enquired and it turns out that they had sold all of the puppies, but sadly one little black girl was now available as the family she was going to could no longer take her, so I am going off to collect this little lady in about 10 days!! 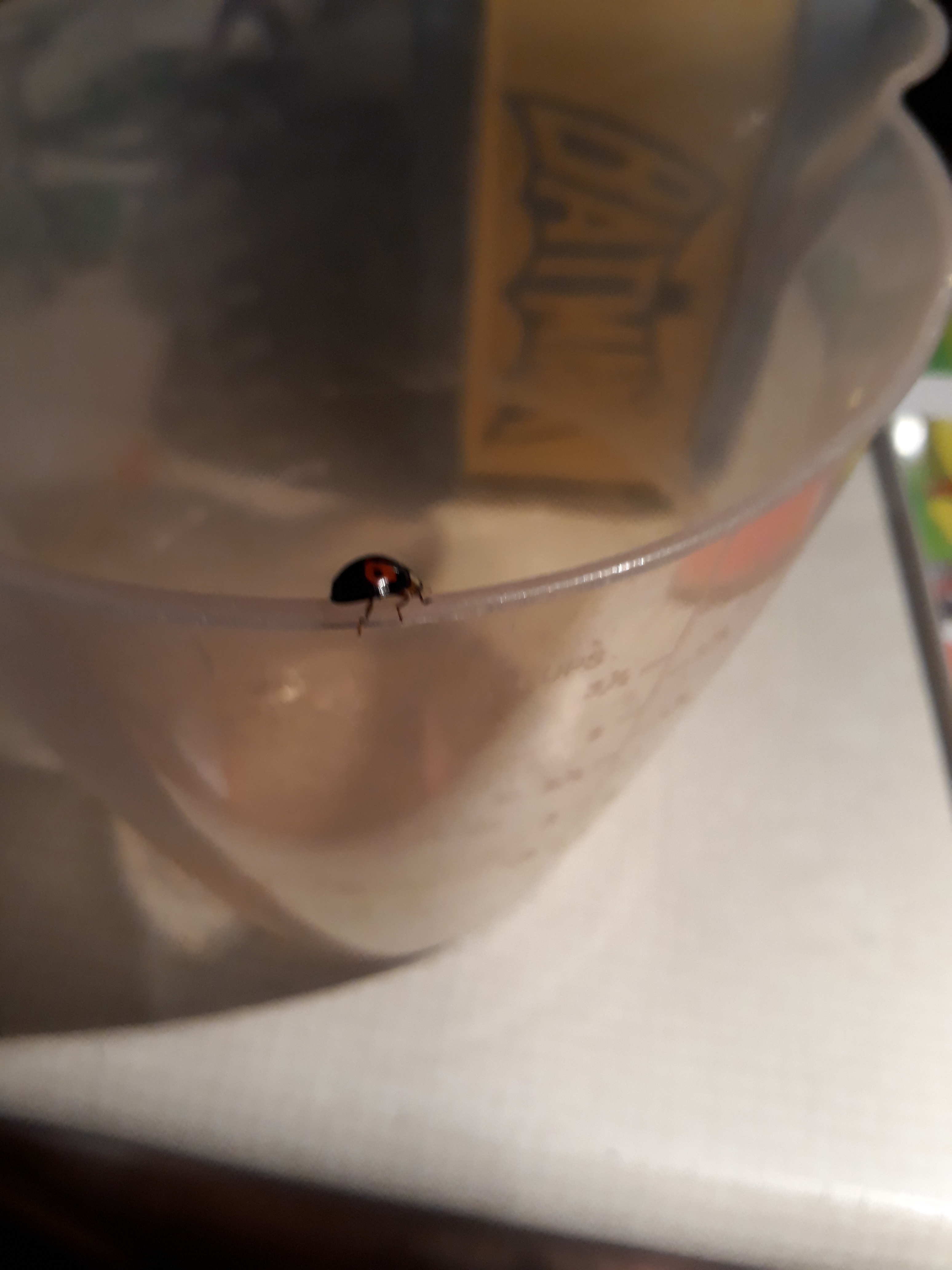 Its not a great picture but Neva rescued a ladybird from the bathroom, in this strange hot/cold weather and was very impressed with its markings as it looks like it is covered in poppies!

So that’s our two weeks, i’m now on puppy countdown and trying to work out what exactly I need to get before she arrives!