For anyone following us doing this project, you will know that I have yet to finish this project EVER! And now I know why, when crappy things happen or life gets way too hectic (quite often with seven children) I throw in the towel, I put too much pressure on myself to do everything perfect and as it should be, but this year, i’m determined its not going to be the case, the Project 365 community are some of THE nicest bloggers, always supportive and genuinely care about what’s going on in your lives, when I have stopped the project each year I have really missed the feeling of belonging, so this year, even though I don’t have a photo for every day, it doesn’t matter and i’m not going to give in, just post as and when I can, hopefully now the weather is getting  better there will be some more outdoors shots and lighter evenings meaning not as many pics of sleeping children!

Anyway, enough of my ramblings, there have been no pictures for the last two weeks, mainly because many of them involved our gorgeous little puppy, who we were due to welcome to our family very shortly, unfortunately we had a phone call last week to say that there had been some complications and the puppies had become very ill, five of the seven required surgery and one of them didn’t make it, our little girl was scanned and found that her kidneys were not working properly and the vet could not say if she would survive and for how long, so knowing our history and losing Merrie at 13 months, the breeder discussed with us and made the decision for us that she would be staying with them, it’s been a tough few weeks, but I know it’s the right decision, although it doesn’t make it any easier, so, for now, no bundle of fluff will be joining the Morrison household.

This week has been half term and it’s been a mixed week of lazing round at home, various children out and about at friends and sleepovers and some bizarre weather! I hope you’ve all had a good week. 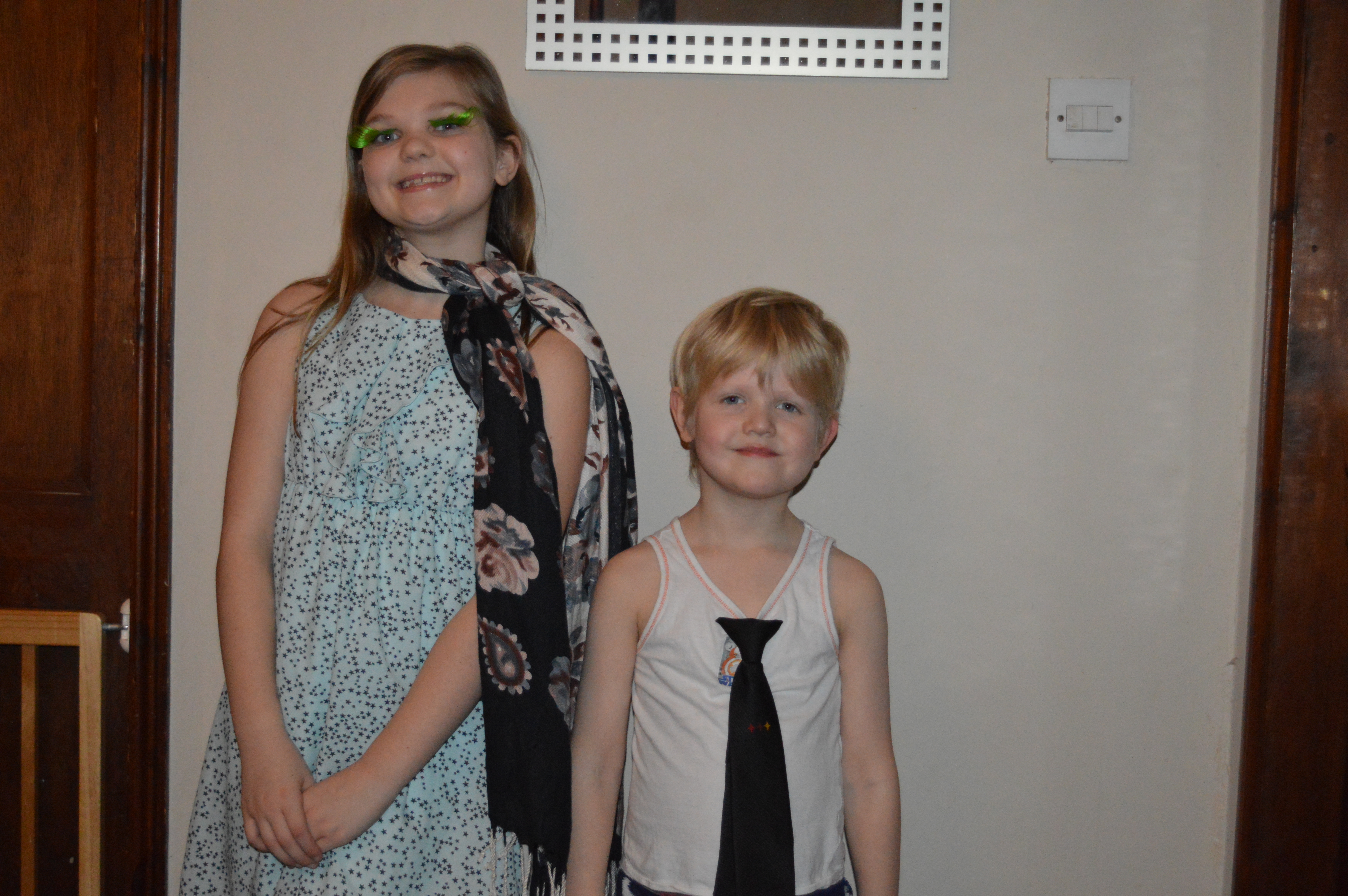 Eowyn and Viggo have been spending lots of time dressing up (or as Eowyn likes to call it cosplay, like her big sister Xene does!) here Eowyn is Disgust from Inside Out and Viggo is Anger! 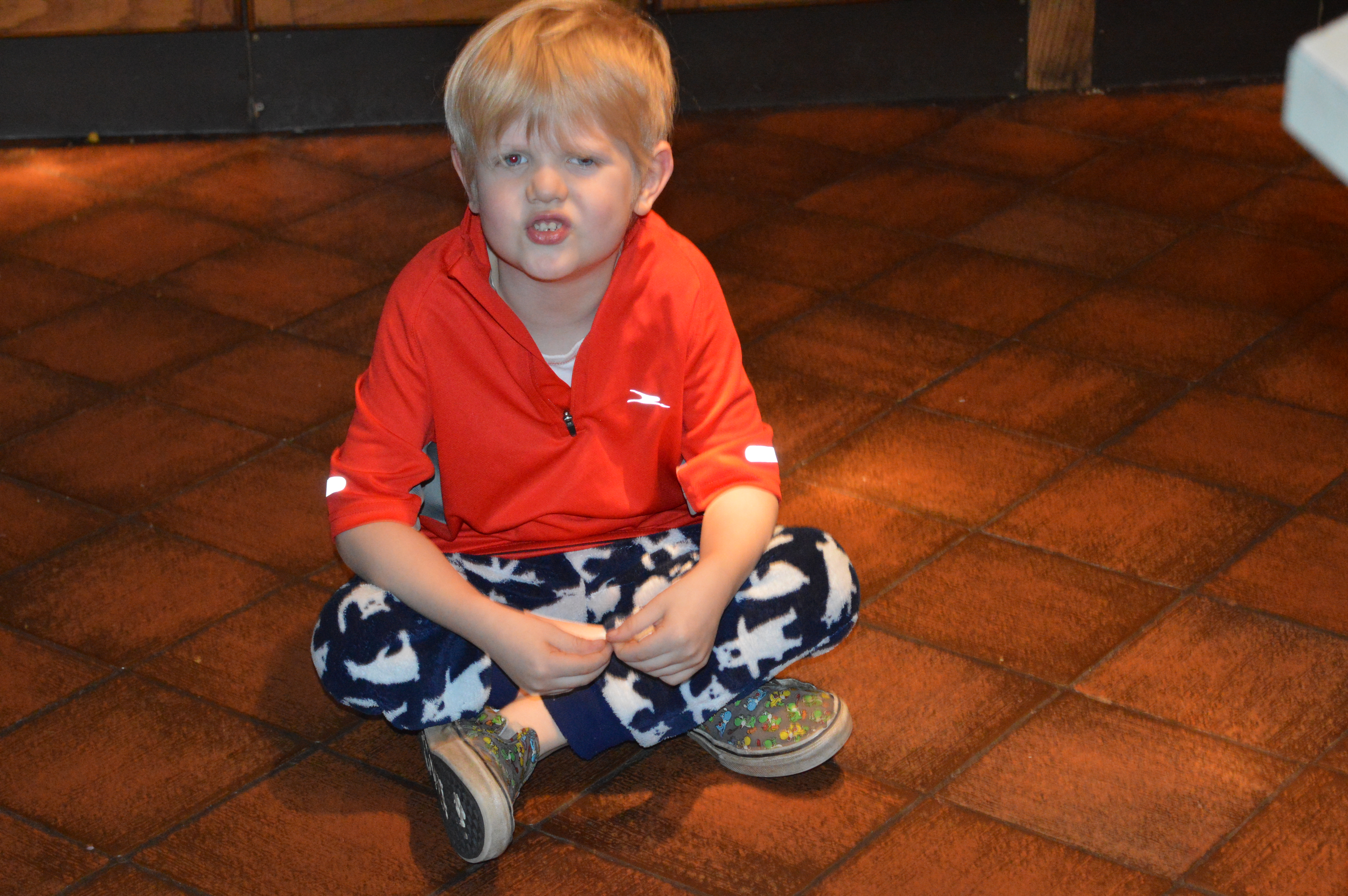 Another day, another costume, I think this was a Pokemon character! 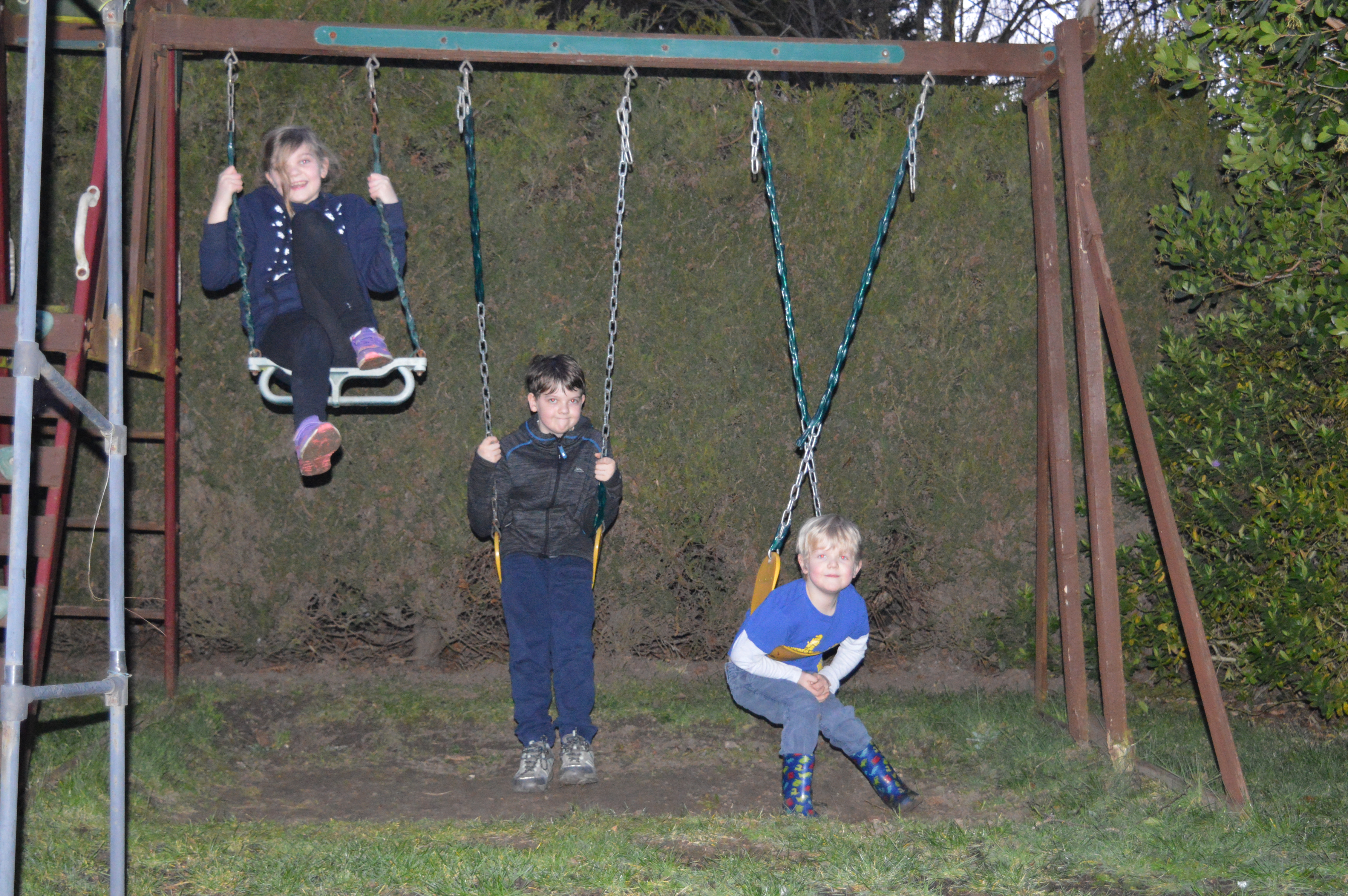 The weather has been bonkers this week, lovely and sunny one minute and 1 degree and frosty the next, this was taken quite late as they were all outside playing Hide and Seek and then decided to have a go on the swings. 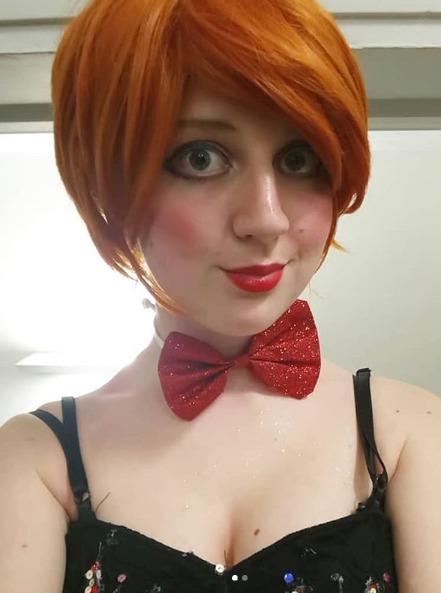 Technically not my photo as its a selfie of Xene, but it’s the closest I can get to having a photo of her whilst she’s away at uni! Tonight they had a Rocky Horror Night at the Uni, it always amazes me how totally different Xene can look in all her different wigs and costumes, she is home for a few days next week and we can’t wait! 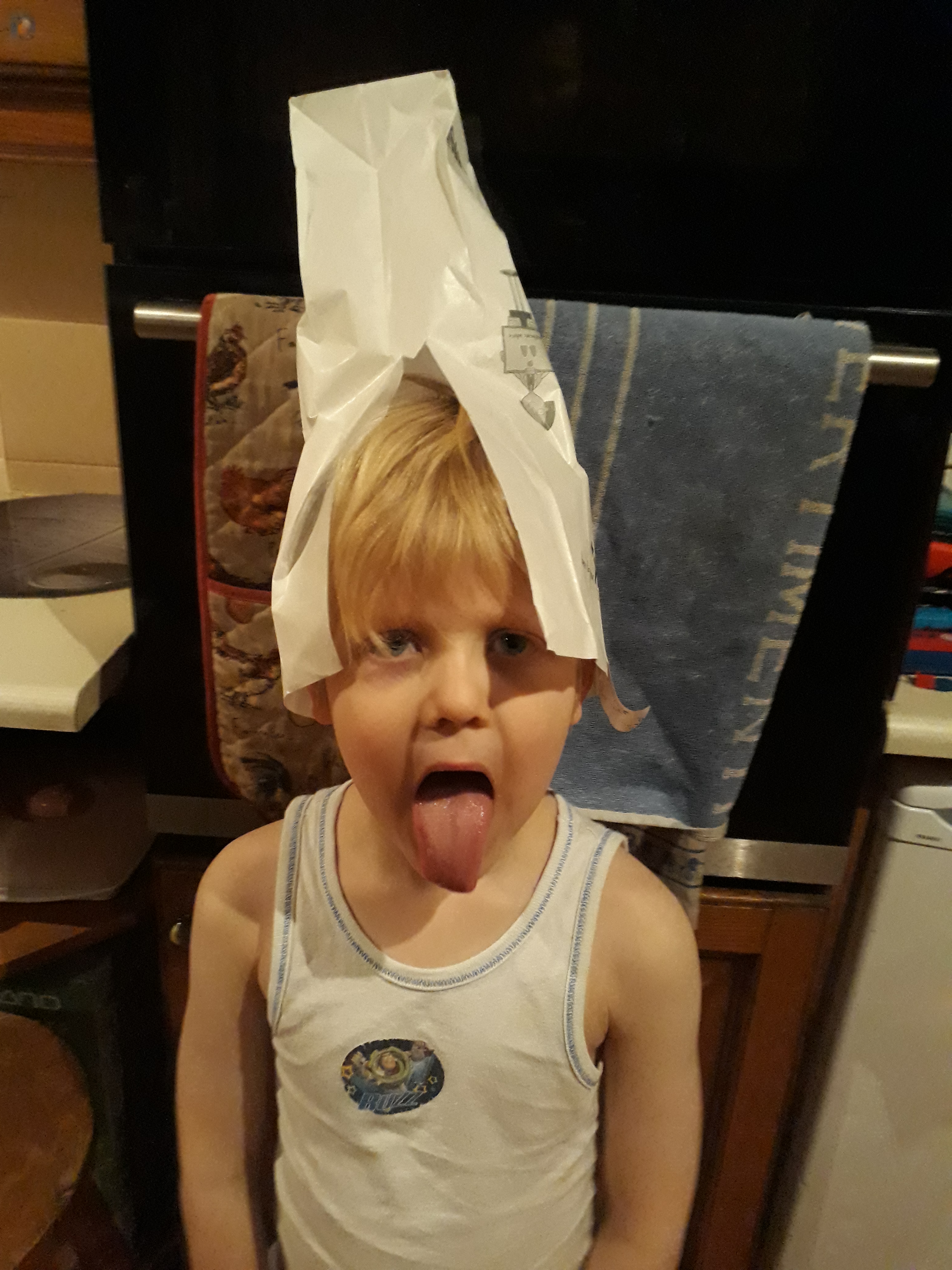 Viggo is such a cheeky character, I will always find him with various items on his head or hiding under household objects! Today was an empty paper bag from the chemist! 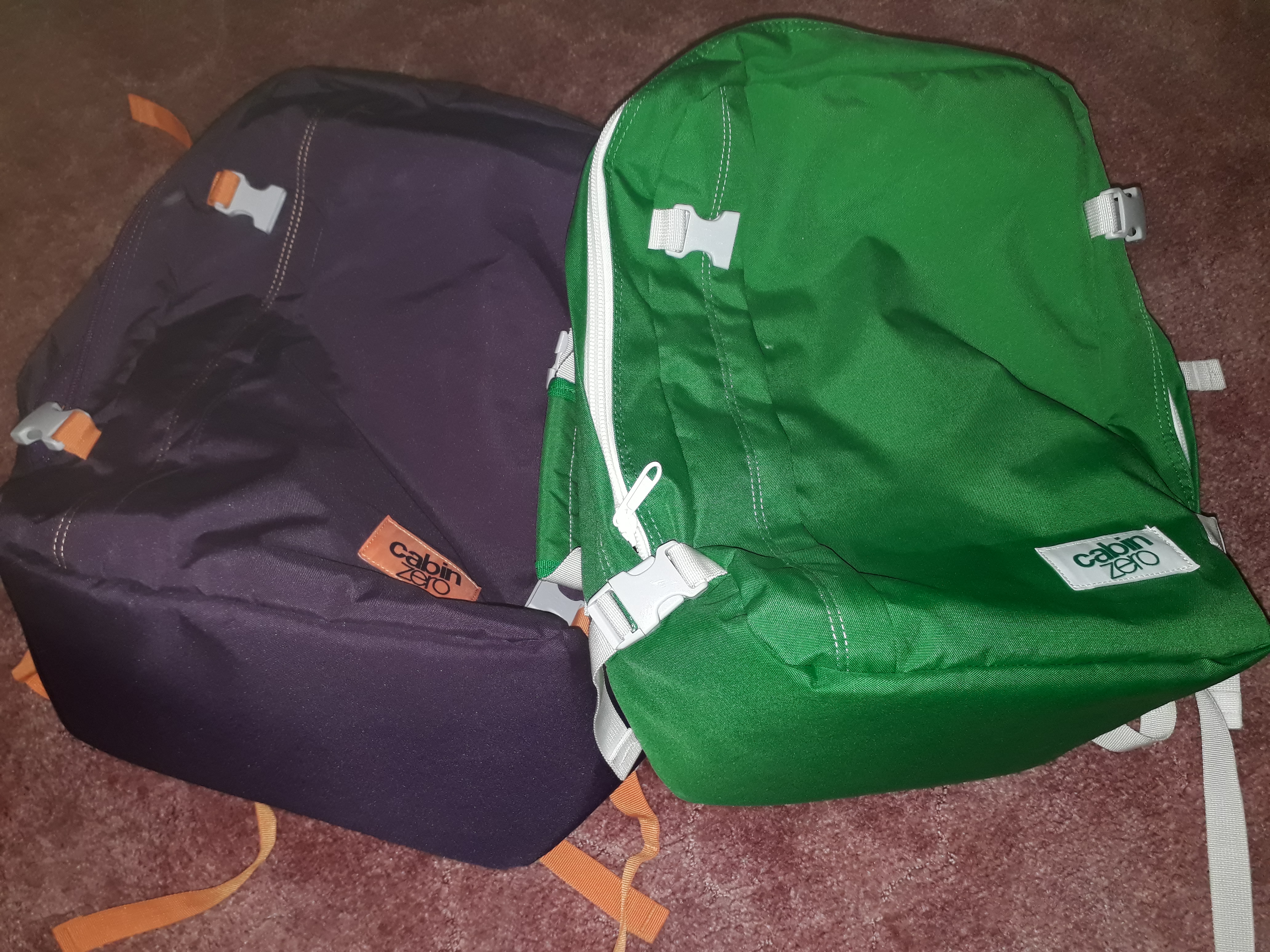 Today was a very peculiar day, Eowyn and Kaide went for a sleepover at their friends (very handy having brothers and sisters who are best friends), Xene is at uni and Lochlan went round a friends house and stayed out the night, so we only had Neva, Tyrus and Viggo at home, the house seemed very quiet and Neva and I even got to watch a few episodes of a series we had started at Christmas and hadn’t got very far into it as there’s never any TVs spare! 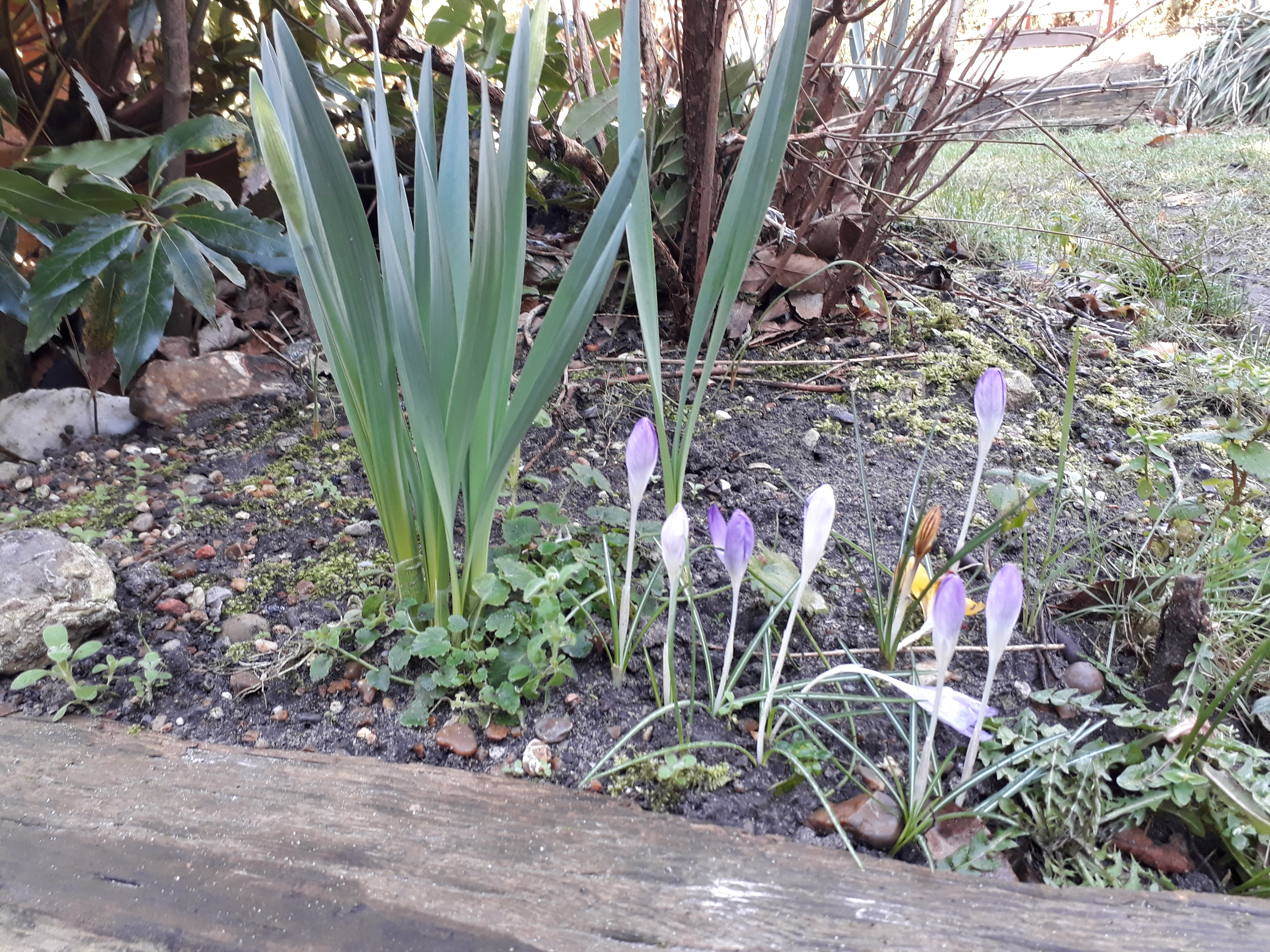 The weather is totally crazy! All the crocuses are starting to bloom, thankfully the Daffs stayed shut, although the Welsh didn’t go down in the rugby today! although looking closer at the pic, I really must get some weeding done!

And that’s our week in a nutshell, hope yours has been fun x 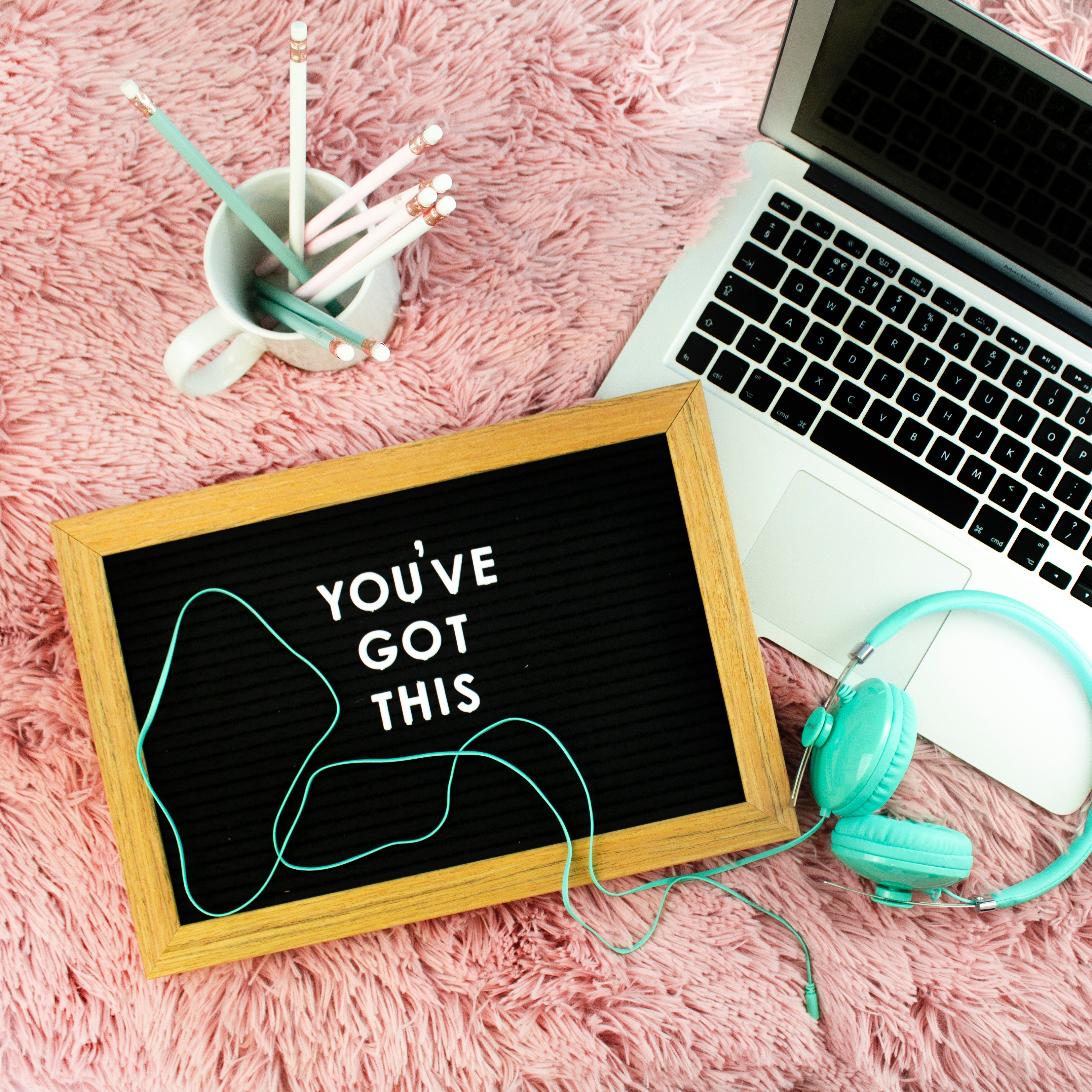 How important is Pinterest and Tailwind to Your Blog Growth? 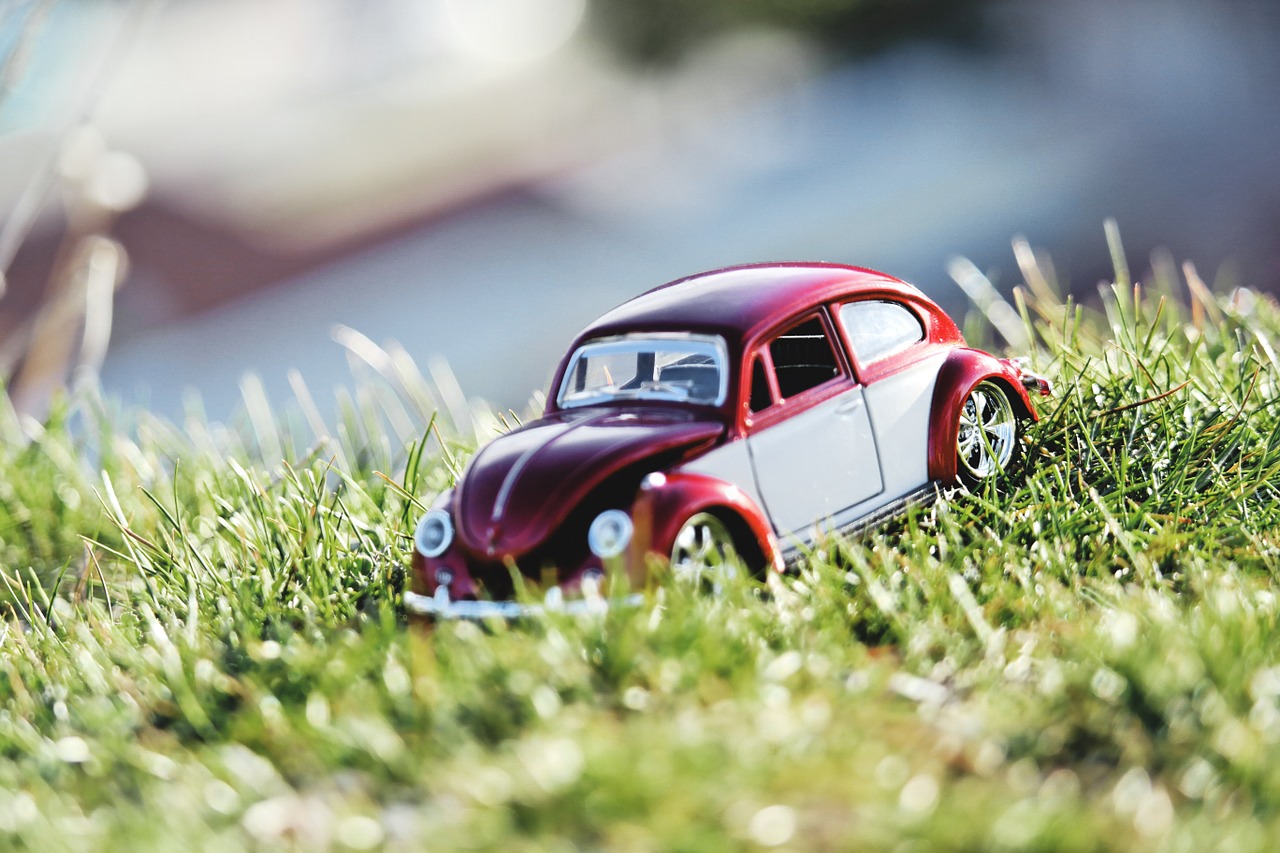 5 Essential Things to Know About Getting Your Car Loans