Well that is a two week period in my life I am not keen to repeat in a hurry! I cannot remember the last time I was that ill, it has certainly knocked me for six and I haven’t managed to take that many photos at all, but I didn’t want to just throw in the towel, especially as I have some very exciting news! So here are the last two weeks of photos that I managed to get done. 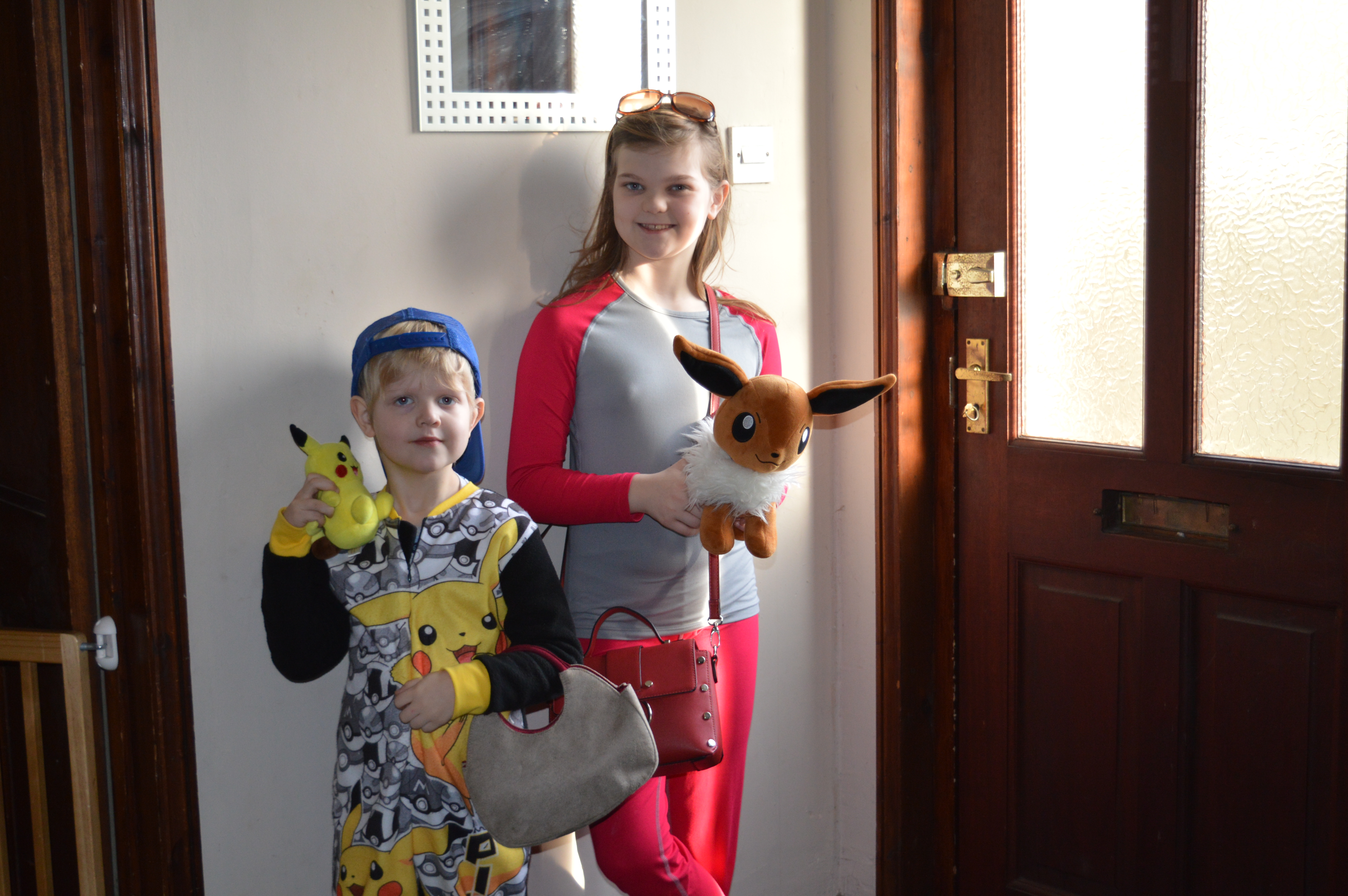 Eowyn and Viggo have been having a lovely time playing Pokemon, it has kept them amused for hours! 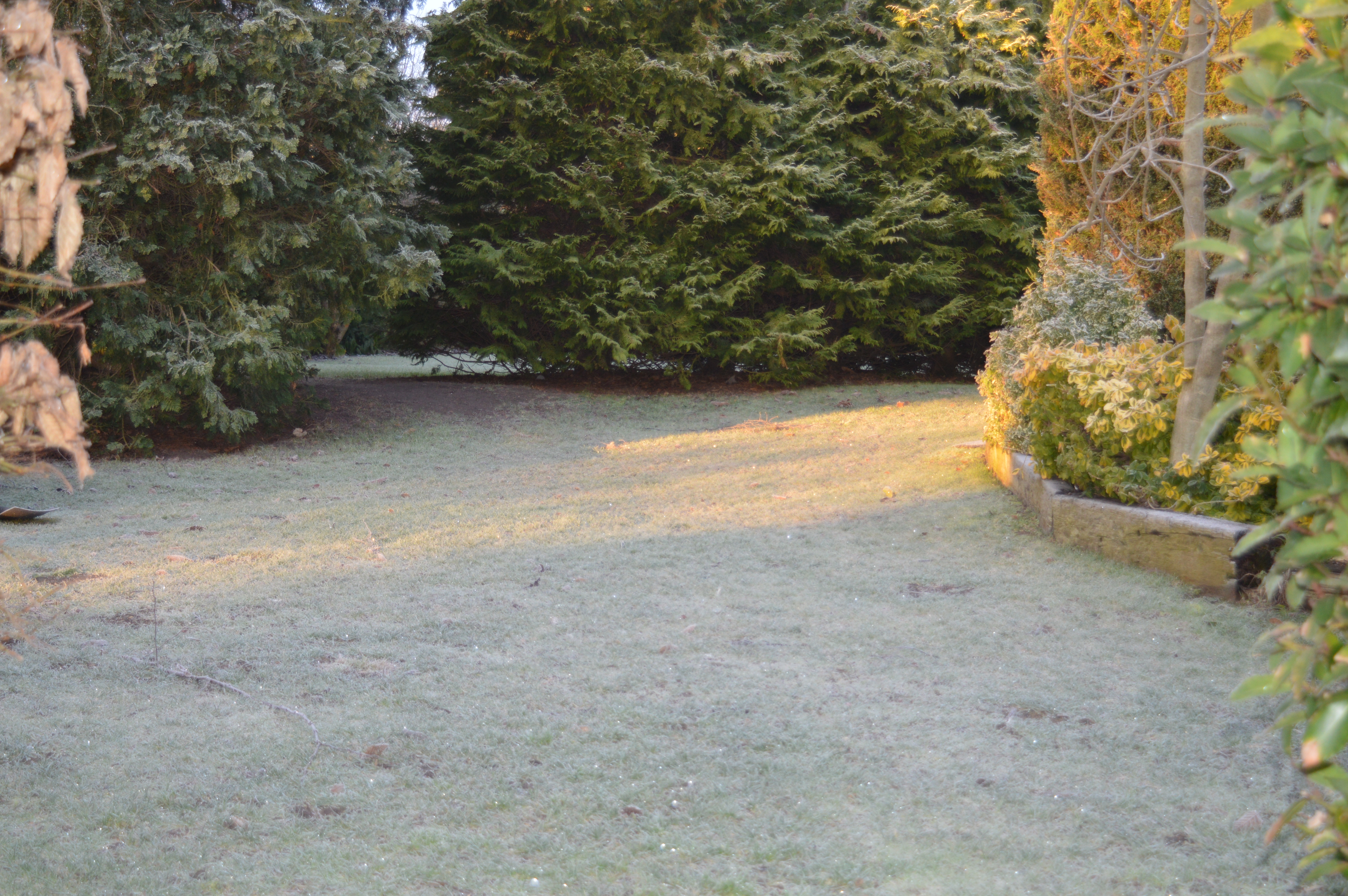 Asa is checking the weather forecast frequently, but all we keep getting is lots of frost! 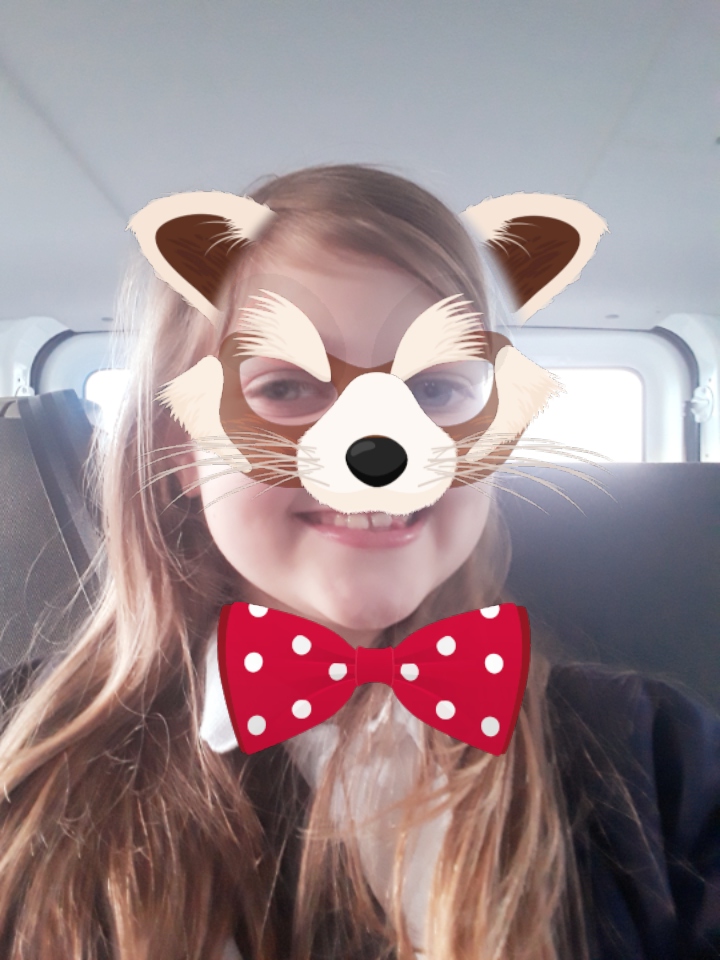 Even when I think I haven’t taken any pictures, I check my mobile phone and there is usually at least 10 of them from Eowyn! And I think that was the last school run I did for a week, as the illness took hold! 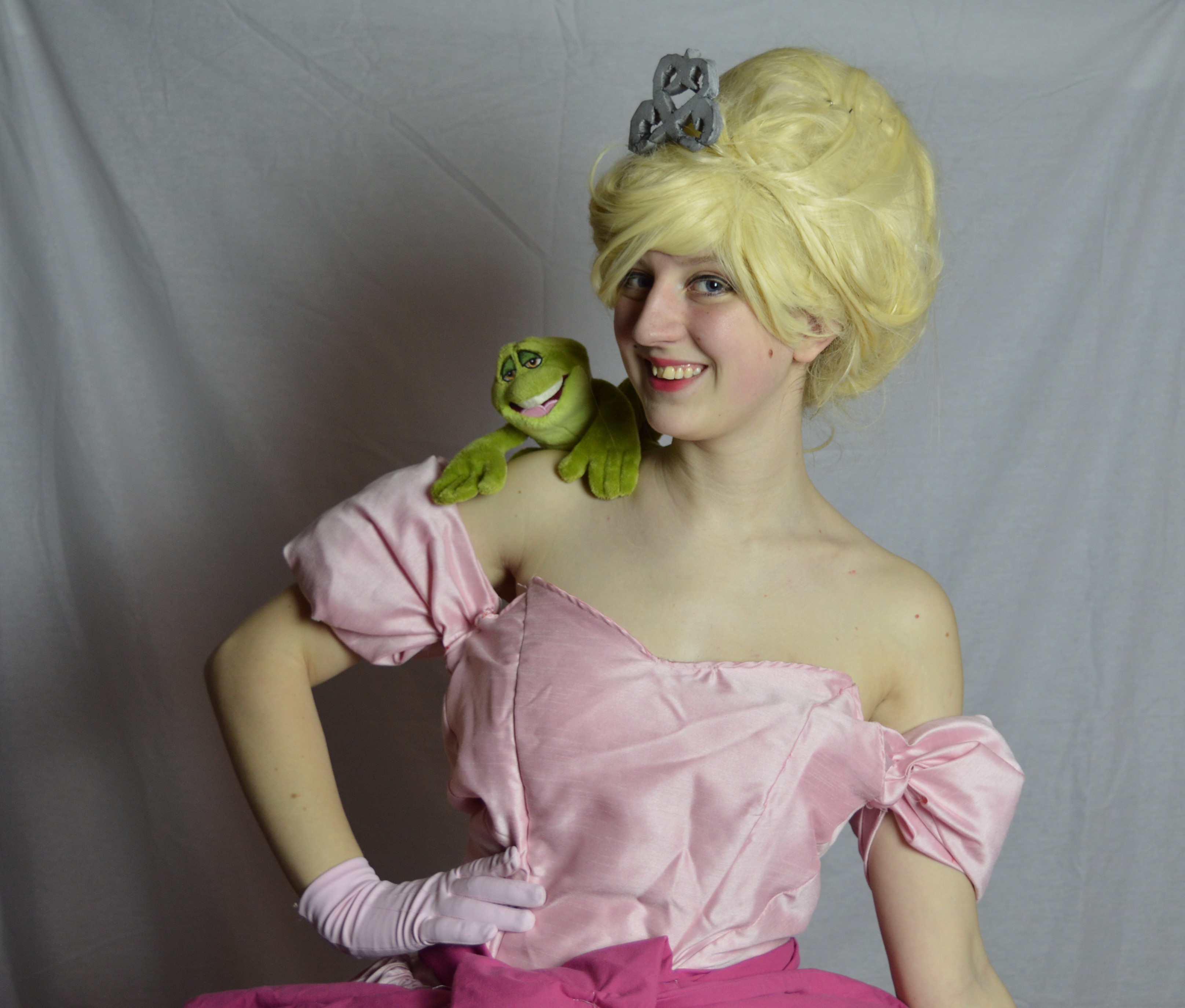 Today Lochlan and I were supposed to be travelling across the country for a university interview (although the thought filled me with dread as I was feeling that rough) however in true Lochlan style he got up at 7am and announced that he had changed his mind and Bournemouth is no longer one of the places he would like to go, so there was no point in attending the interview! So today instead of a pic of a uni, here is one of Xene dressed as the Princess and The Frog, she has been making a few minor adjustments to her costume and one of her friends had bought her the frog for Christmas, so she used the day to take some up to date photos. 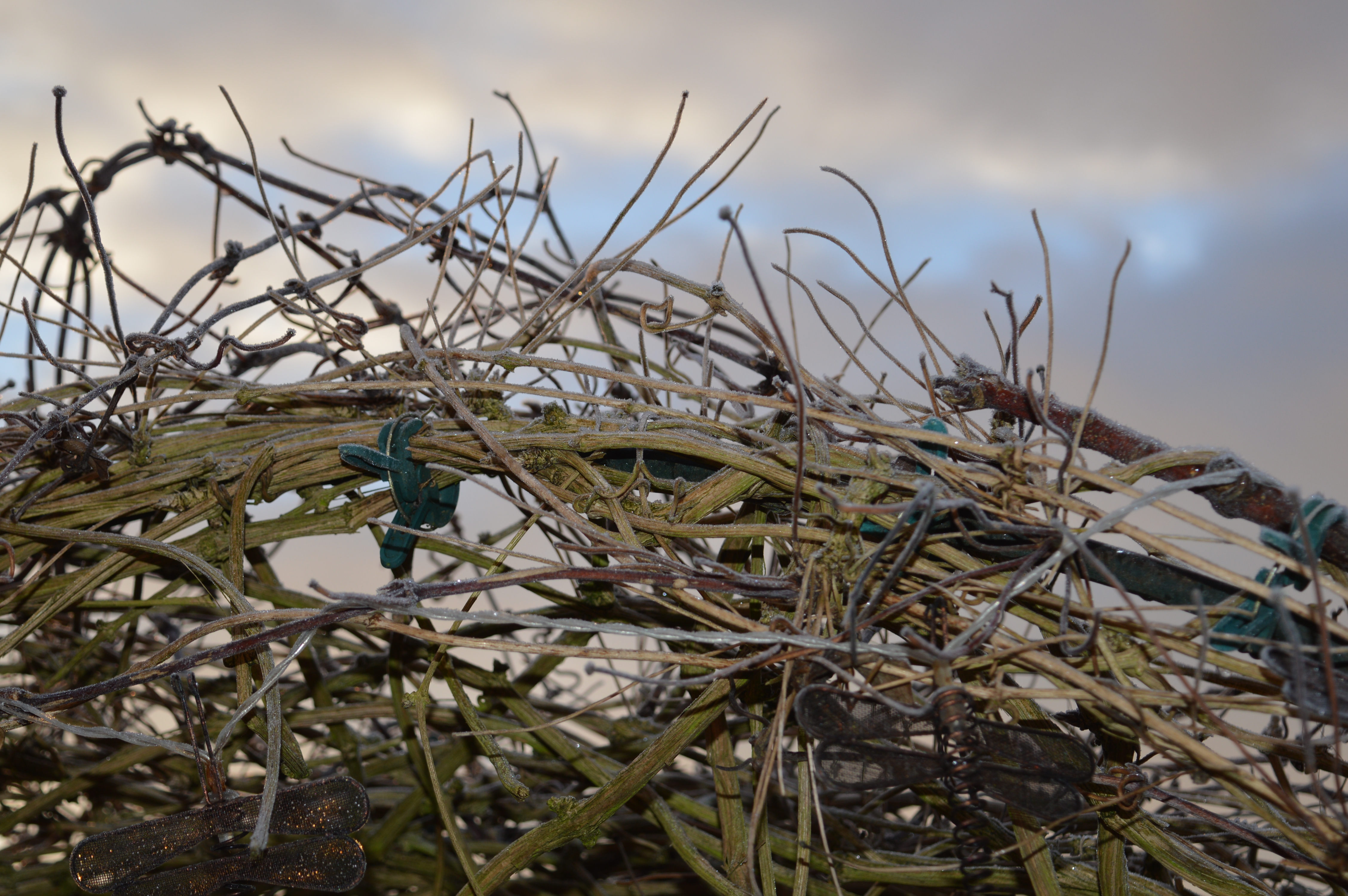 A very frosty garden arch, that is getting so heavy the big kids keep having to duck, I however am absolutely fine! 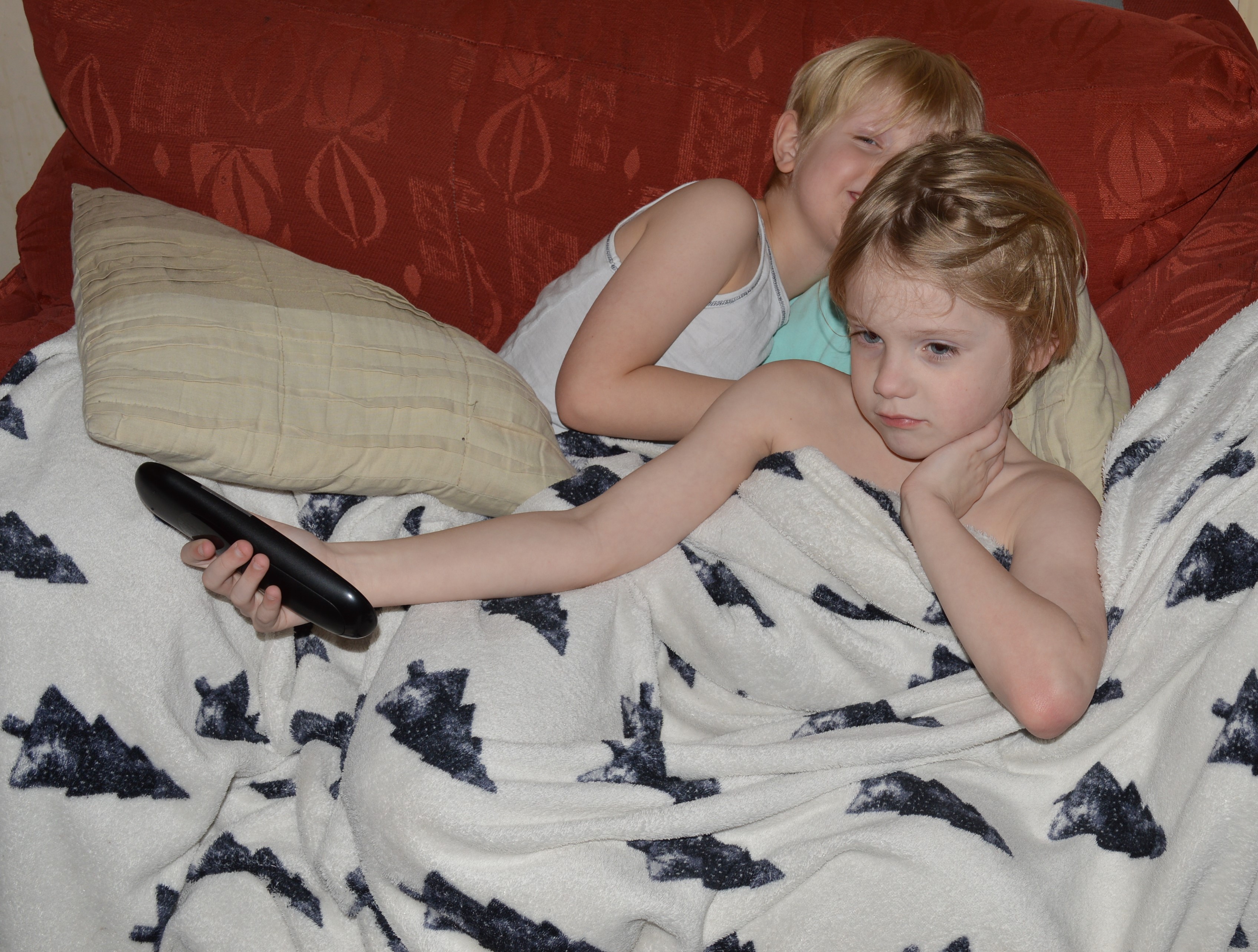 This seems to be the norm on a Friday afternoon, both strip off their school clothes and snuggle in a blanket together on the chair watching TV. Today I had a rather interesting email and it has started us on a very exciting path, but you will have to wait a few more days for the news! 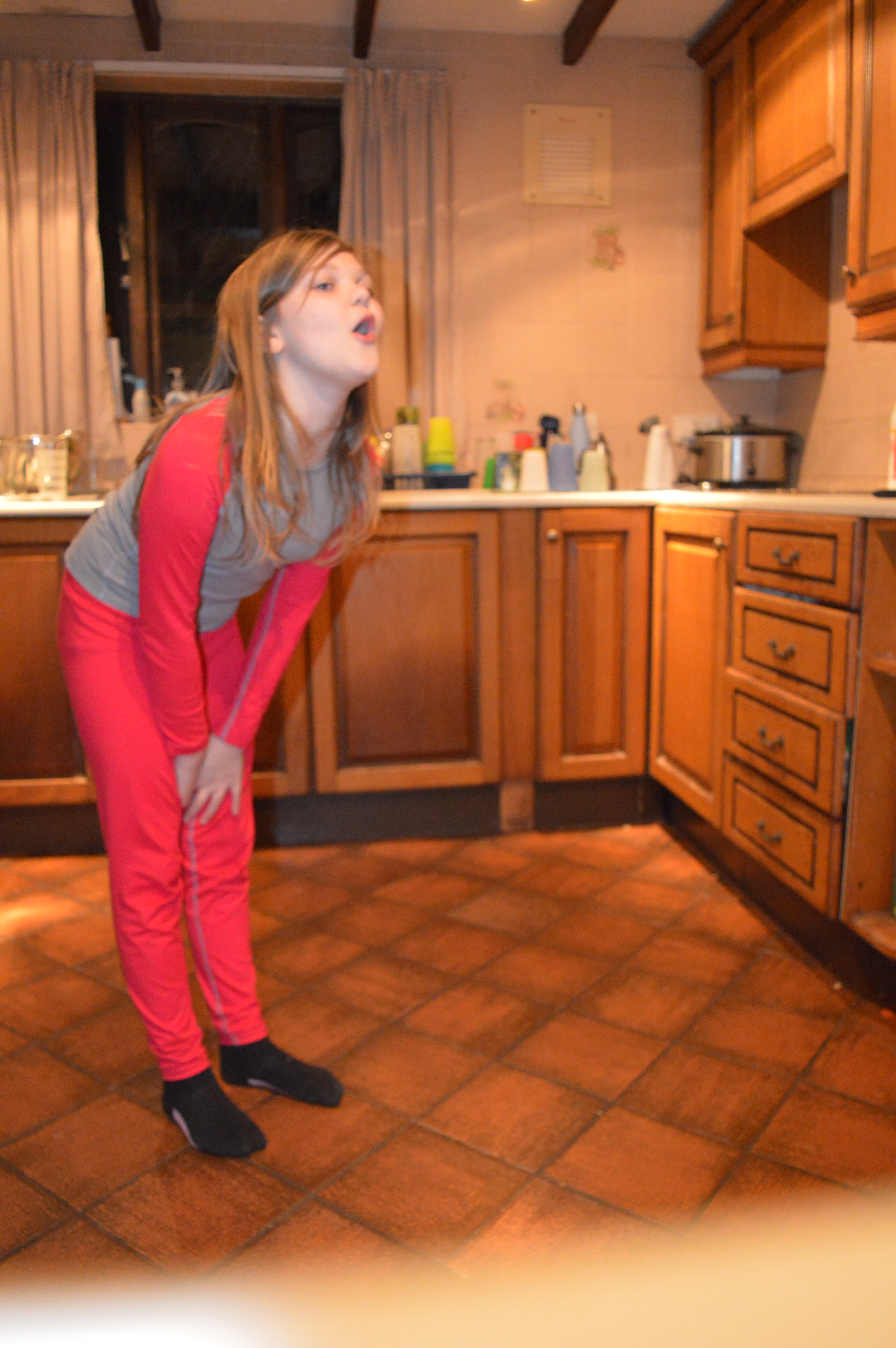 Eowyn was practising with the camera timer and also trying to capture her breathing In and out for her science homework! I did mention that maybe she could have chosen a spot without 3 million dishes behind her!! 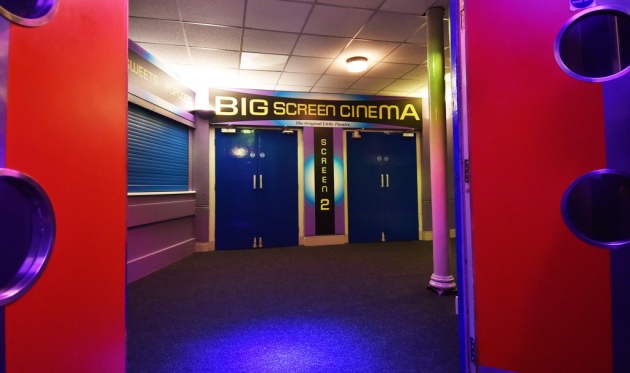 Today Xene, Neva, Eowyn and I went to the cinema to see The Nutcracker and The Fourth Realm, I had promised to take the girls before Christmas but by the time Xene got home from university it had finished its release, but today it was the family session film for just £1 each, although half of Great Yarmouth had the same idea, it was packed! But a great morning out for just £4. 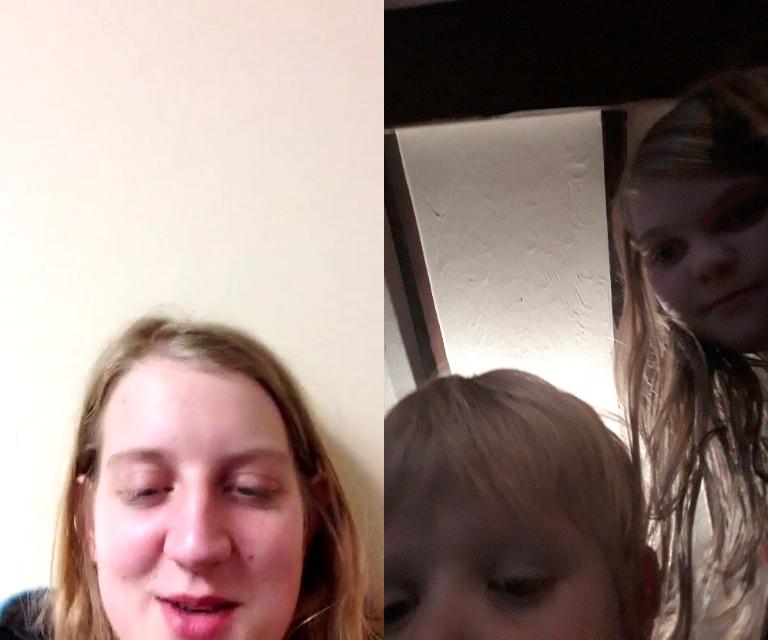 Xene went back to Hartlepool today, it’s been lovely having her at home for the week and it will now be quite a long run until Easter, although she has spoke about coming home for a weekend in a couple of weeks, which would be lovely. Viggo woke up in the early hours with a really high temperature, I asked him if anything hurt, but he said no, so he has had a very quiet day at home with me, I really hope he hasn’t caught whatever I had because it was just awful! The only photo today was this dodgy screenshot of Viggo and Eowyn talking to Xene on her return, although I have no idea how they do this!! 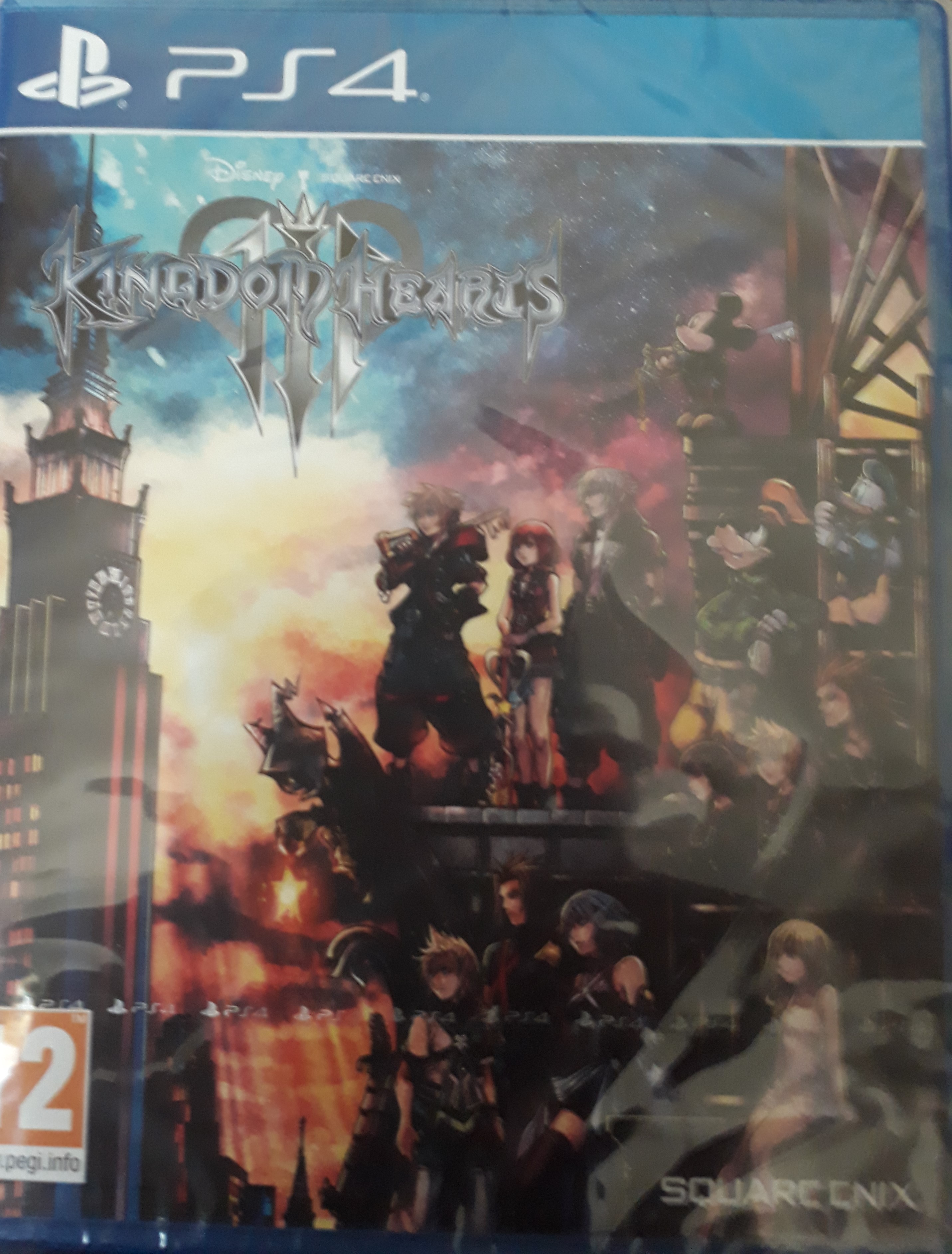 The day Lochlan has been waiting for forever, Kingdom Hearts has been a huge part of his life since he was a child, and the third game has been scheduled for release for what seems like forever, he kept texting me between lessons to find out if it had arrived yet, it arrived just before lunch, luckily he didn’t have an afternoon lesson, so I picked him up early (kind mum that I am!) and had one very happy 18 year old! Although was still off ill, so I had to wrap him up nice and warm for the car journey! But he happily sat watching Lochlan play for a little while. 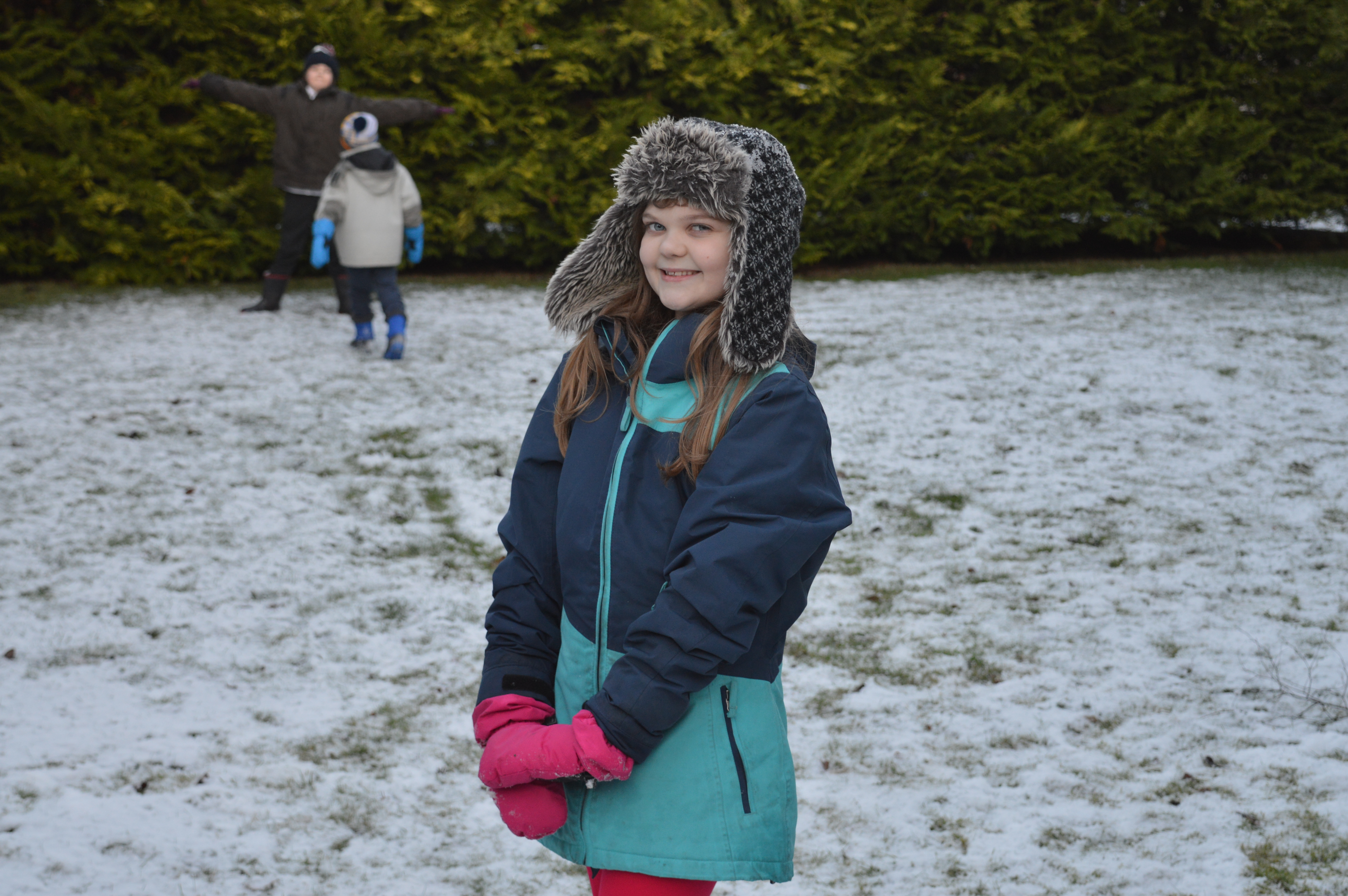 Finally! We had a small spattering of snow, not enough for a snowman, but just enough for the children to make a couple of snowballs! Viggo was still off school and had me up most of the night, so I got him a doctors appointment, they checked him over from head to foot and said it’s just a virus and there’s nothing infected or inflamed, so keep taking the calpol and wait it out, which Viggo took as I am completely fine so I can go out in the Snow! Although he was much better he had been sick the day before (through coughing) but the 48 hour school rule applied, so he’s still off tomorrow, I hope the snow lasts to keep him occupied! 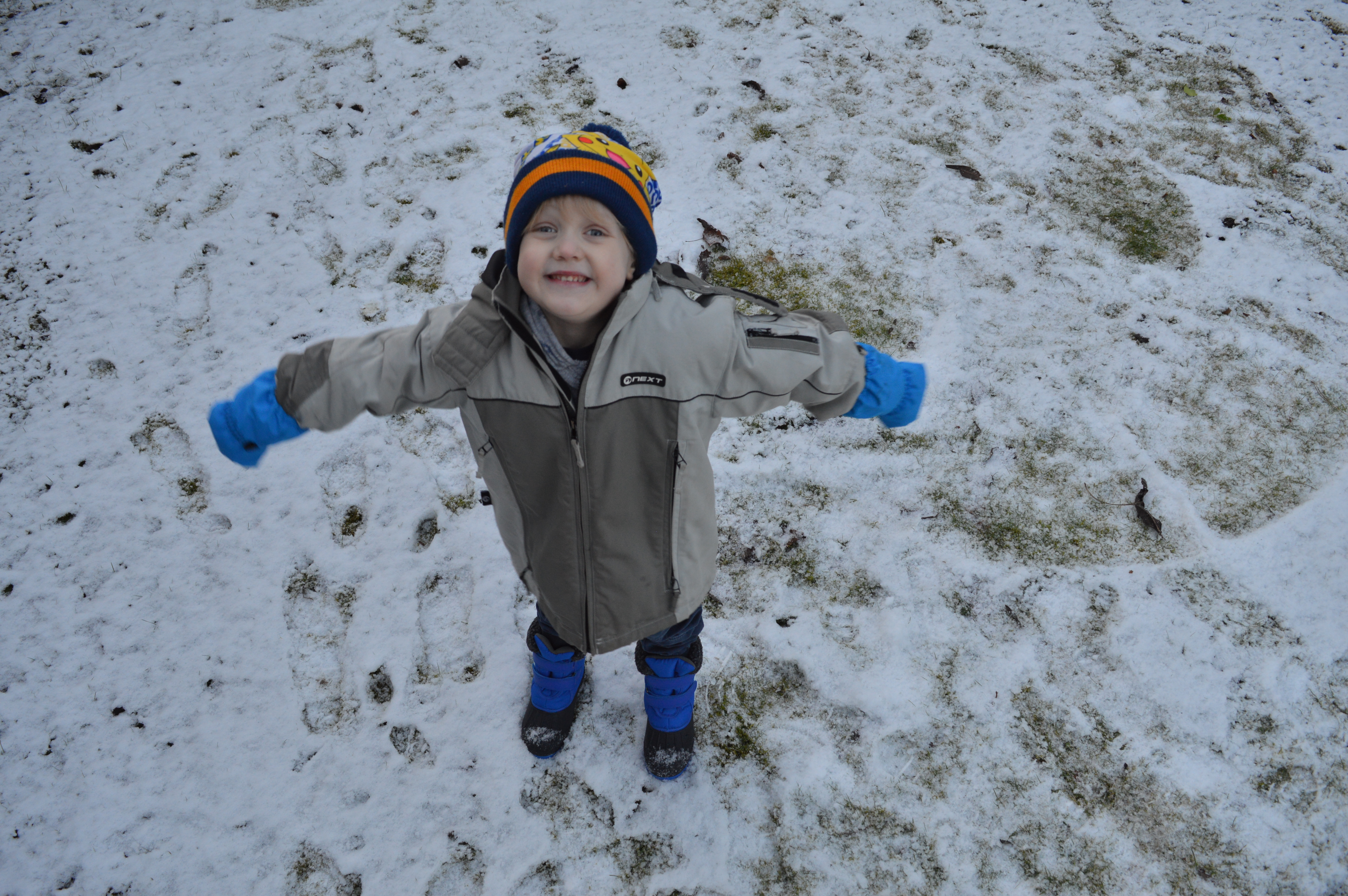 As you can see Viggo is looking much better today and he is very thankful for the Snow Boots Aldi sent him a few weeks ago! I hate it when the children are ill, especially when there is nothing you can do for them other than sponge their hot bodies and sit up with them in the night whilst they cough and go fetch them a glass of water at 5am, hoping they will go back to sleep before the alarm clock goes off! 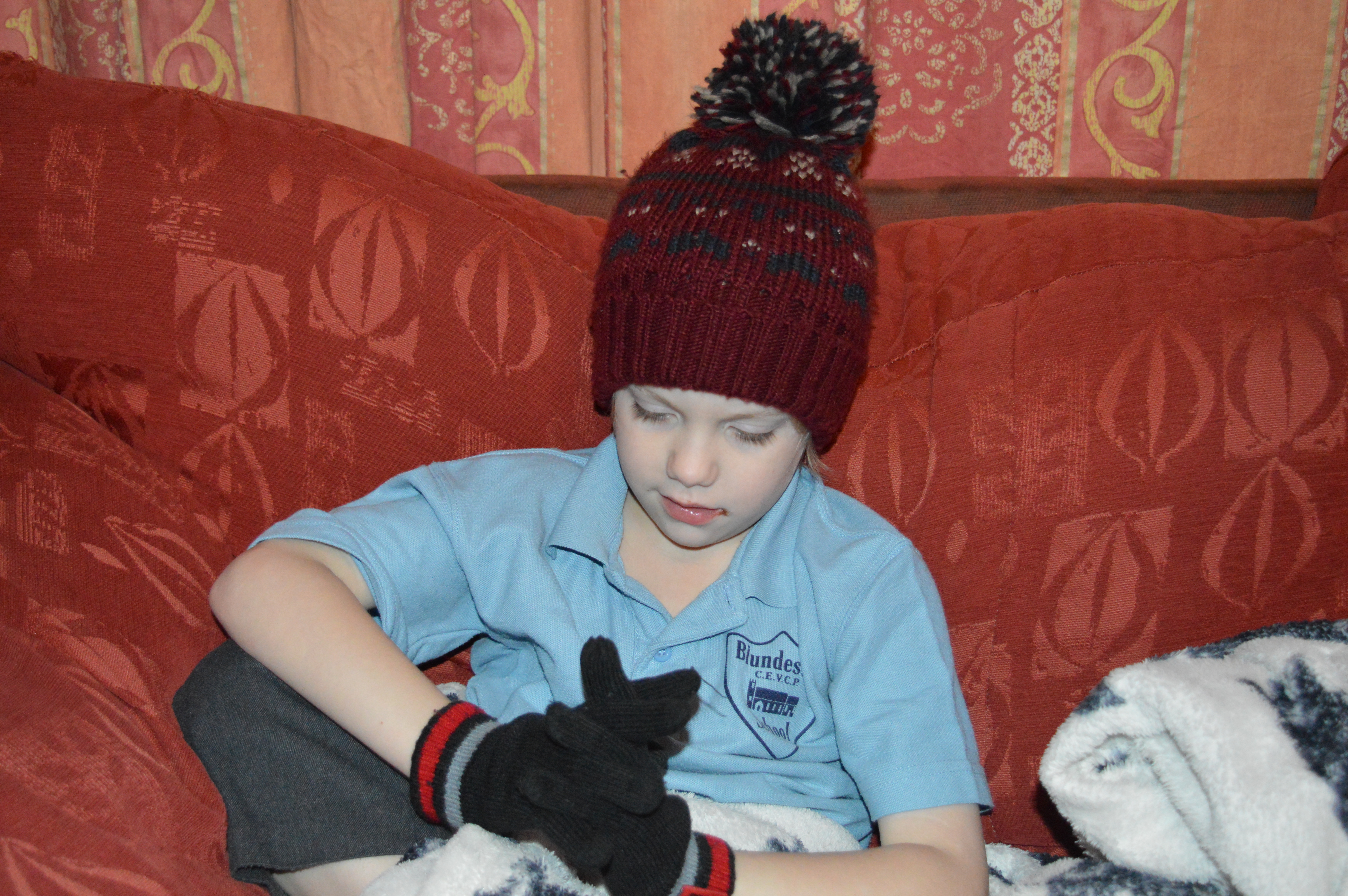 As you all probably know Tyrus has extreme sensory issues and doesn’t like wearing clothes at all if possible, although he will tolerate his school uniform for the required number of hours and then it’s straight off! In this cold weather I do get a little concerned that he will freeze, but he always seems very warm and it certainly never seems to bother him, no amount of fighting and bribing will get him to wear a vest or a school jumper, however for the last few weeks he has been wearing his bobble hat, and today he asked to wear his gloves, so this is Tyrus every morning now in the car for school, I also take the very large blanket in the picture to school in the car every morning to wrap him up and to keep him warm when he strips off down to his trousers on the way home! But his head and hands are now staying toasty! 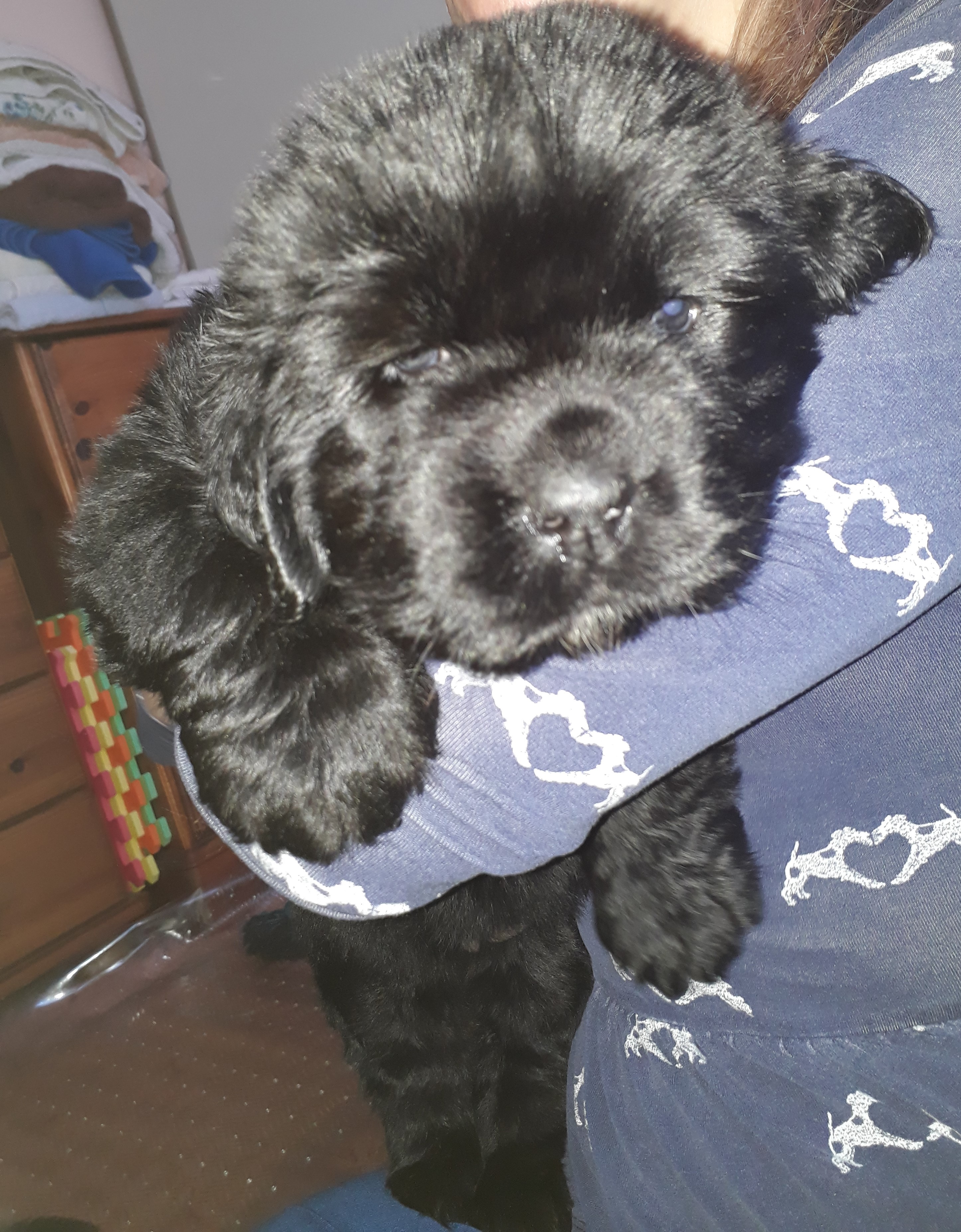 Sooo the email I received last week was to say that one of the breeders I had contacted regarding a Newfie puppy, had a little girl available and were we interested, obviously the answer was yes, the house has not been the same since our beautiful Merrie passed away in October aged just 13 months, she has left a gigantic hole and I knew it wouldn’t be long before we welcomed a new puppy into the household, although this time i’m not travelling all the way to Cornwall! She is actually in Norfolk, myself, Asa, Eowyn, Kaide and Neva went to visit the puppies today aged just over 4 weeks and they are absolutely adorable, this is our little girl, who is as yet unnamed, it’s quite difficult trying to agree one name that all nine people like!! She will be joining us at the beginning of March and we are all so excited!

So that’s our catch up, hope you’ve all had a great two weeks. 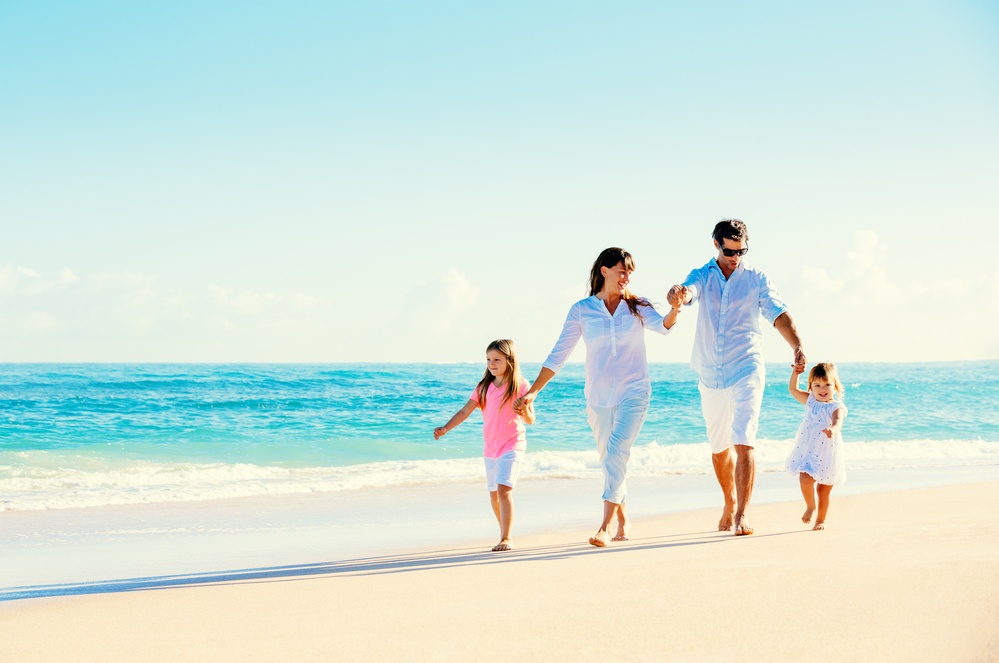 12 Ways To Save Money On A Family Holiday Abroad 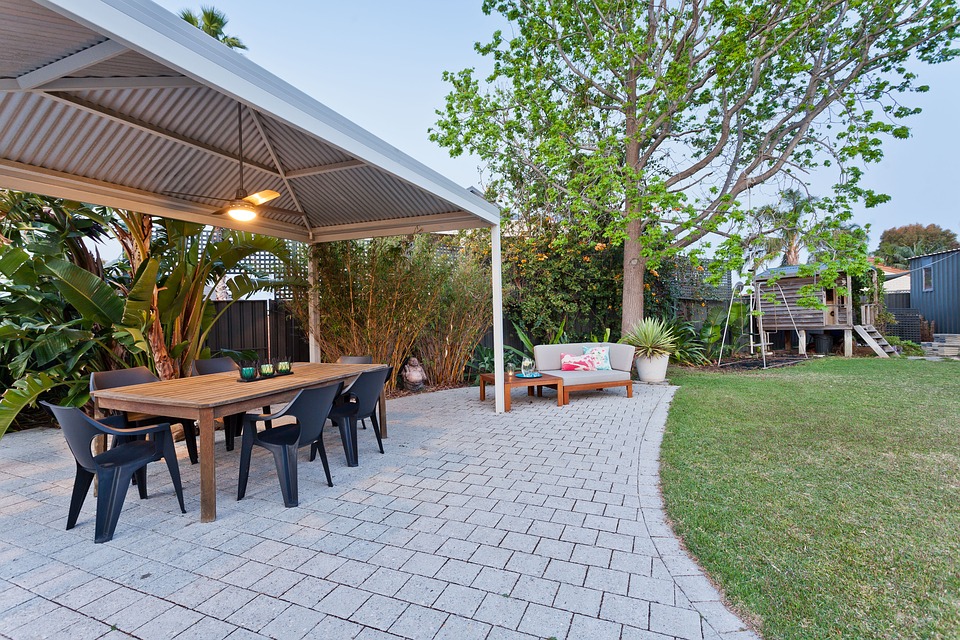 Enhancing and Adding Comfort and Charm to Your Outdoor Living Space