On Saturday we visited Banham Zoo as they had a pokemon GO event on.. From the hours of 11AM – 4:30. They placed Lure modules on their pokestops which attract pokemon to that area. As well as having 2 Gyms which people from different teams battled over all day. 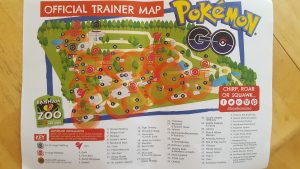 When we arrived we were given a map which explained all the pokestops nearby for us to find. The pokestops give players (The trainers) items to catch the pokemon and help with fights at the gyms. The Gyms are divided into 3 different teams. Instinct (Yellow) ,Mystic (Blue) and Valor (Red). you get to choose which team you wish to be in when you get to level 5. Lochlan is part of team Instinct whereas Kaide, Neva and Xene are all team Mystic.

Ever since Pokemon GO has been released, it is now common for a trip to the shops having all the older children asking if they can come with Asa or I,  just so that they can obtain new pokemon. Lochlan in particular whose friends are all obsessed with pokemon GO frequently all go out pokemon hunting to see what they can find and meet with each other, rather than them all sitting behind a screen talking over headsets (which still happens ,but just much less!).

Several pokemon showed up and the children managed to take several pictures of them. 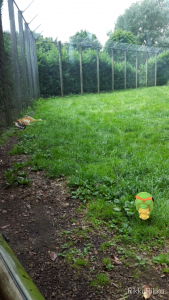 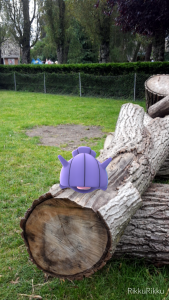 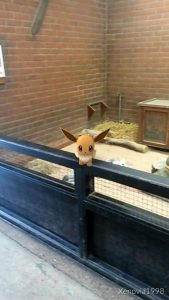 The event is a great idea for any Pokemon Go fans, but especially for larger families with a wide variety of ages, the smaller children could enjoy seeing all the animals and activities in the zoo whilst the older children (if they are into playing Pokemon GO) can hunt around and find slightly rarer pokemon that you would usually find like our family did, although i’m pretty sure that there were just as many adults hunting for Pokemon too! 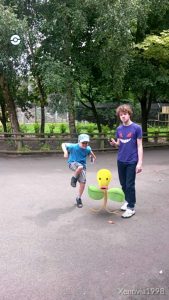 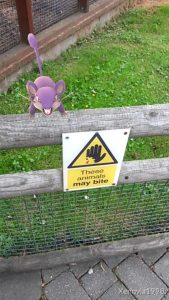 Banham Zoo are one of the first attractions that has used the new craze of playing niantics pokemon game which utilises real world maps and GPS to create an experience that requires children and adults to get up and explore the world to catch the pokemon rather than most ordinary games nowadays that require you to be in front of a screen indoors. 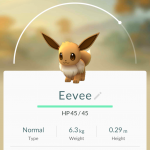 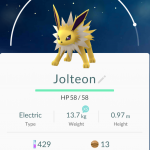 If you live in Norfolk or Suffolk or you are due to visit the area, their sister park Africa Alive is having a Pokemon Event on Saturday 6th August.