Og on The Bog Review.

If you mention ogres and toilets in this house, you are always met with approval, so the mere mention of Og on The Bog, had the boys attention straight away, I mean which boy doesn’t like toilets and farts! 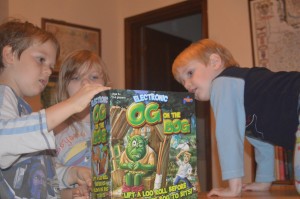 The game consists of 12 toilet rolls, Og sitting on his Bog, a spinner, toilet roll holder and instructions. The Bog requires 3 AA batteries which are not inc

All players start with one toilet roll and the aim of the game is to sneak up to Og and steal the toilet rolls from the side of the Bog, but if you disturb him you don’t get the roll, or even worse if you make too much noise and Og does a humongous fart the entire Bog explodes and you lose all of your toilet rolls!

The children absolutely adored playing this, there were squeals of delight from all that played and they all kept waiting for the explosion! 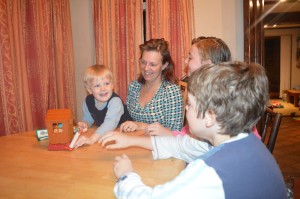 I Miss You `Nanny on her own'