I cannot believe where the time has gone, already Viggo is four months old, although he is in 9-12 month clothes!
Last week he learnt his latest trick, along with blowing the most impressive bubbles whilst blowing  raspberry, he has learnt the first step on the road to freedom, rolling over.
He thinks it is hilarious, when he is halfway there he launches himself as if his legs are on springs. 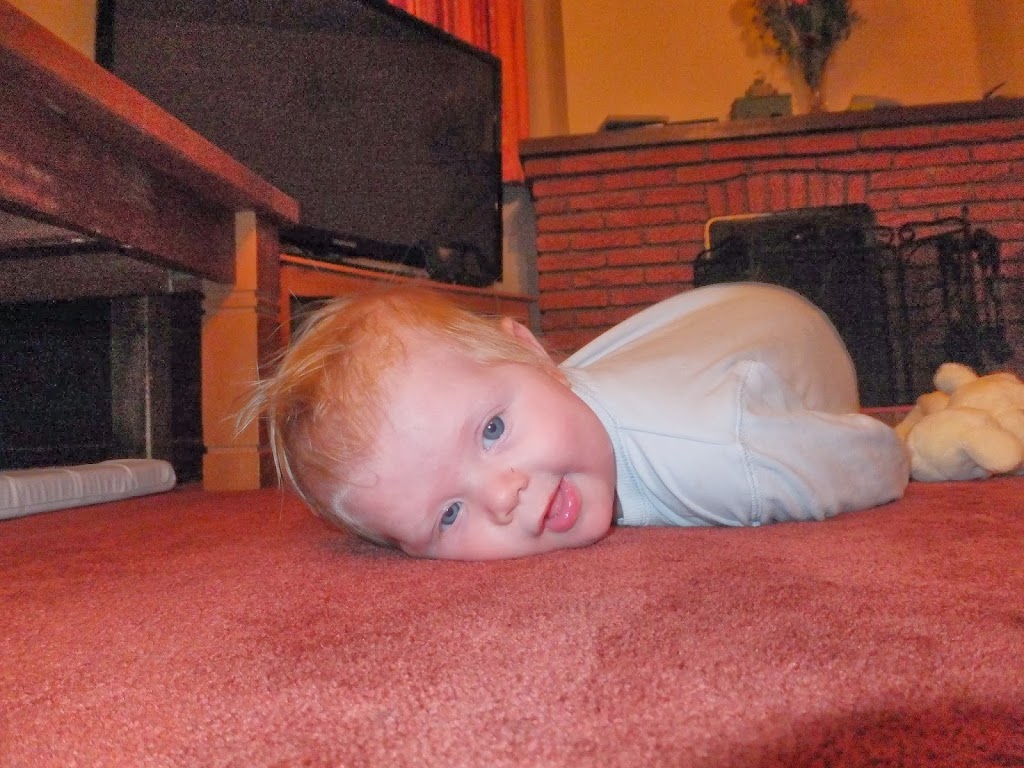 His legs are getting so strong, when he is sitting with one of his brothers or sisters, he likes to try and kick them, which he finds highly amusing, sometimes they do not agree!

Tyrus is now aged 2 years and 7 months. The new thing that he has learnt this week is that he has a new baby brother…
Yes I know, four months later I think he has finally realised that Viggo is part of the family and not going anywhere, it has been fascinating to watch, he really did completely ignore him, as if he thought by not acknowledging him, he wasn’t really there, but today he actually said baby and gave him a gentle cuddle.

Every day Tyrus surprises us with more new words, he is like a little sponge, soaking up all of this new language, even after seven children going through the same stages, I am amazed at these little people and how they grow.

I can’t wait to see what new things are learnt next week….

4 thoughts on “`New’ things being learnt every day”