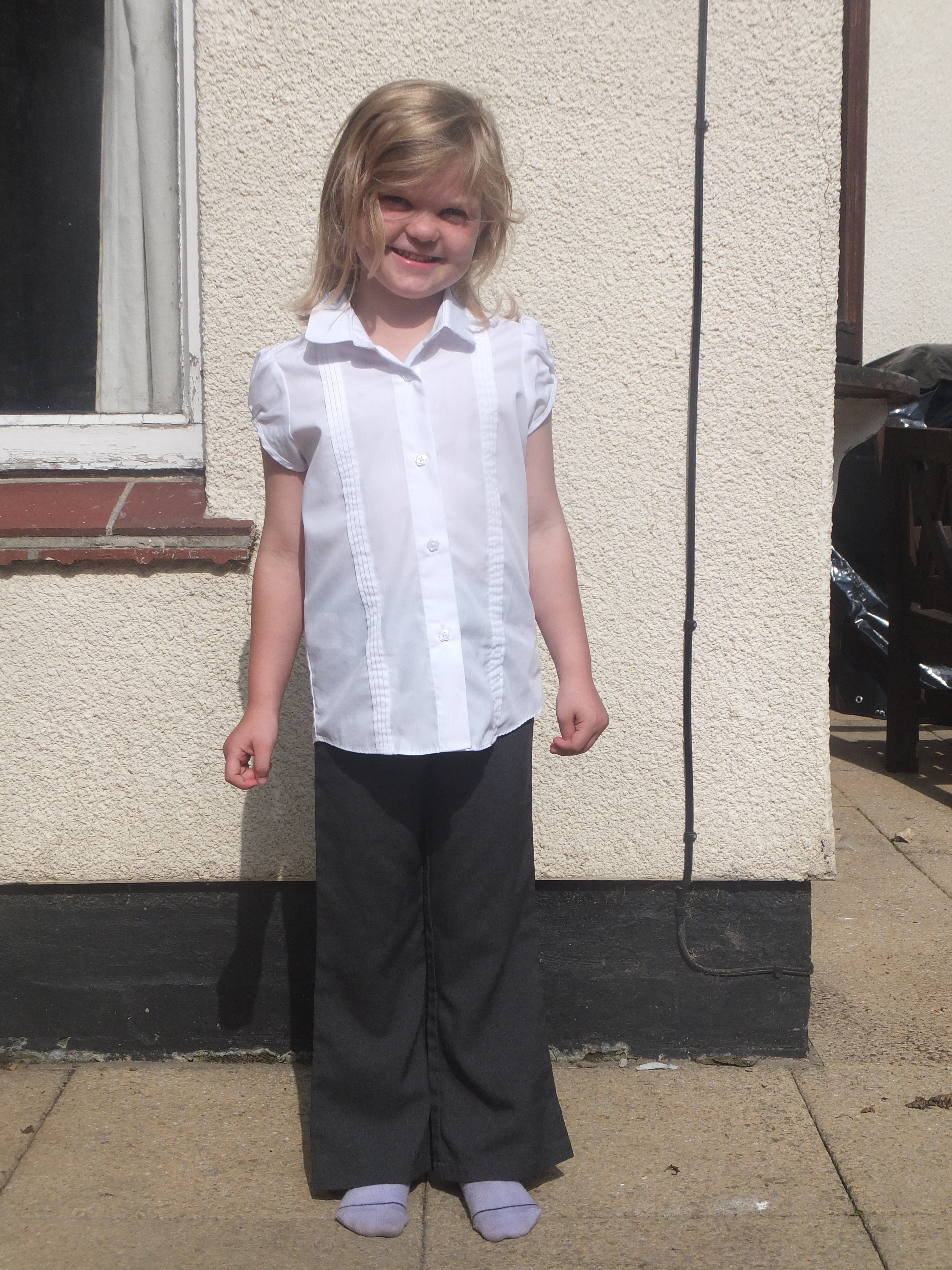 When Matalan put a call out for bloggers to review their School Uniform, I filled in the form IMMEDIATELY!

Not only do we love Matalan for clothes shopping, but I currently have four children to buy school uniform for, and as you can imagine finding the right fit, style, size etc is a bit of a nightmare, so the thought of not traipsing around the shops to bundle ourselves into fitting rooms was perfect!

We have shopped at Matalan many times over the years and the only slight negative I seem to remember was their sizing chart was on the large size and their move to the next size was quite a bit, which meant my tiny people looked like they were drowning in their clothes!! However, I am pleased to announce that they have obviously listened, because the school uniform sizing has many items in each individual age, with the sizes listed, so it was just a case of measuring the important parts and matching them up to the correct size/age.

The large bag arrived and the children were curious to see which items of uniform the wonderful people at Matalan had chosen for them….

First, were their shirts/blouses/polo tops

Lochlan and Neva will be moving across to a new High School in September, which requires specific school uniform, luckily we get to purchase our own choice of white shirts/blouses, so these will be perfect.

Kaide and Eowyn can wear Polo tops or shirts/blouses. Eowyn is very girlie, girlie, so she immediately put the pintuck blouse on and wore it to school that morning!

All of the shirts/blouses are easy iron (thankyou Matalan!) on Eowyns return from school, she had various parts of her school dinner down the blouse, so I put it in the washing machine and am pleased to say that when it came out of the tumble drier, it was beautifully clean and didn’t really need ironing.

The other shirts, just needed a very light press with the iron, which will save me lots of time on a Sunday afternoon!

The Polo shirts I think are excellent value for money, a three pack of very good quality shirts, that are unisex, so Kaide and Eowyn could potentially both wear them, for £5.

Next came the trousers…

If you take a look on the Matalan website at the school shop you will see there are numerous choices of trousers, for both boys and girls, straight leg, pleated, with pockets, without. I am so glad Matalan took that decision away from me, or I would have been studying for hours which ones to pick!!

Eowyns trousers felt very lightweight and were easy for her to pull on and off, they washed beautifully and required minimal ironing (a BIG positive in this house!)

Kaides were very easy for him to pull up and down, and I am glad we went by measurements and not his age, because he would have been drowned in trouser legs!!

Lochlan said his were fine, which may sound pretty non descript, but believe me for a 14 year old boy that is extremely positive..

Neva is probably the fussiest when it comes to clothes, she doesn’t like anything too itchy and she has a tendency to wear the same couple of clothing items, because of comfort.

Her trousers she said felt quite soft and were easy to move in, she did struggle with the two buttons when she first tried them on, but after a few washes they were fine. I love the bow detail on the pocket, it just adds something a little extra and makes the school trousers look a little bit more interesting.

Matalan also do every item of the uniform, from socks to shoes, to plain jumpers ready for the cold months. 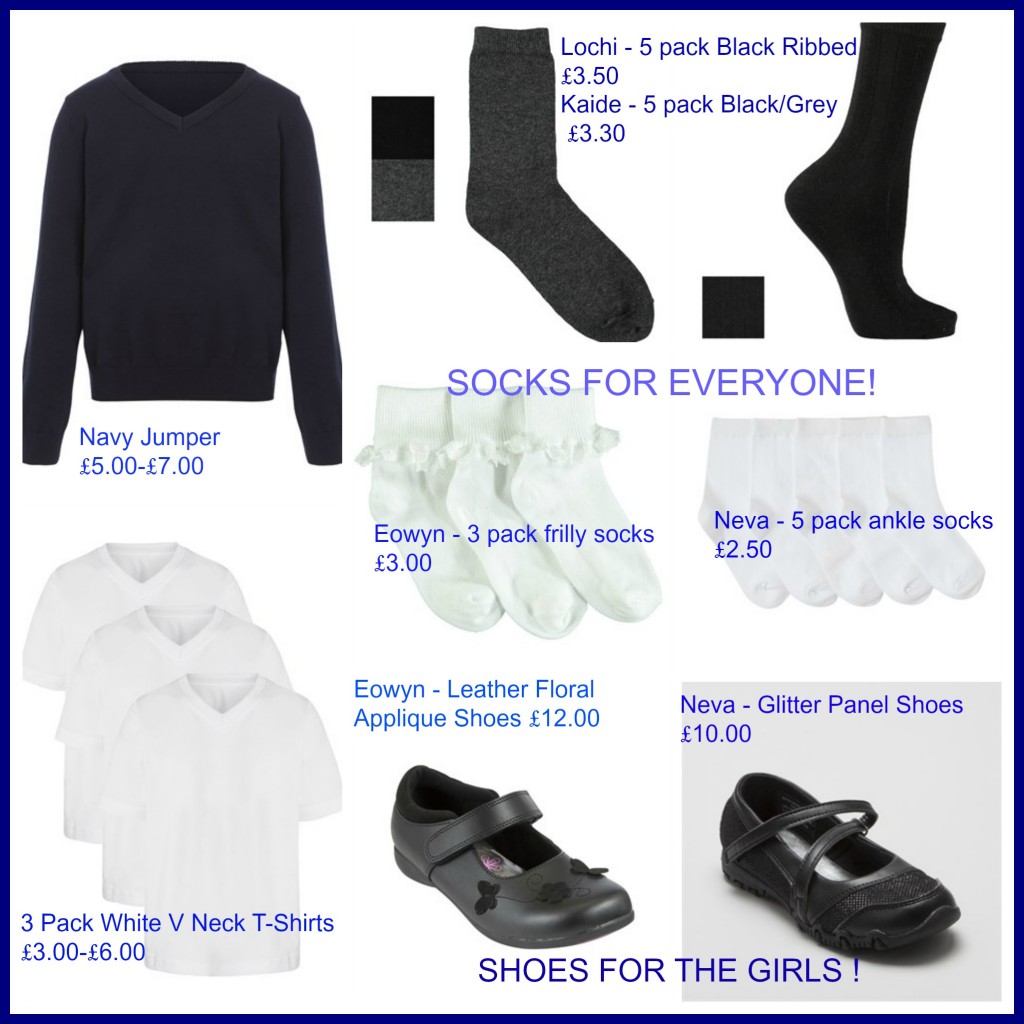 Neva is incredibly fussy about socks, but I am pleased to report that the plain white ankle socks were put on without any fuss and she remarked how comfy they were. Eowyn adores her frilly socks and she loves her butterfly shoes. She has been wearing the shoes for the past two weeks and as yet she hasn’t scuffed them, which is excellent for Eowyn.

The boys black and grey socks were also fine, the ribbed ones that Lochi has were particularly soft and easy for him to pull on, which is a must when he is half asleep in the morning!

One of the biggest bonuses I found about Matalan, is that their school uniform is available ALL YEAR, everywhere you go  you can buy school uniform in every shape and size from July to September, but if your child suddenly has a huge growth spurt around February/March time, it has been very difficult to update their school uniform wardrobe, thankfully I can now pop to our local Matalan or online and pick up everything I need, whatever time of the year it is.