The children love to be out and about, whatever the weather, and one of their favourite places to go is the beach, we are very fortunate that we only live five minutes away, meaning we can pop down there whenever we want to. 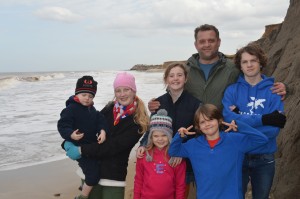 Whenever we go, we always take a picnic, so I thought the new Magic Squares yoghurts would be the perfect snack to take with us this weekend, unfortunately the children had other ideas!!

Tyrus, aged 3 is the most fussy eater EVER, and he doesn’t like to try something new, so you can imagine my surprise and delight, when he went to the fridge and helped himself to a strawberry and vanilla magic square and ate the entire pot! Half an hour later, he had another one. 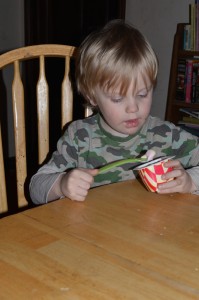 Eowyn and Viggo also said they were yummy.

When I got up this morning to make the picnic, I found one raspberry and vanilla pot left, on interrogation it would appear that Tyrus and Viggo found them so delicious, they had talked their elder sister into getting them one for their breakfast (Tyrus I think had two!)

Within five minutes, Lochlan had innocently helped himself to the last one, with Xene, Neva and Kaide not even getting a chance to try them, I think we can safely say that they will definitely be on the shopping list next week.

We had a lovely time at the beach, and it was quite windy, so probably better we didn’t have yoghurts!

“this post is an entry for BritMums #MagicSquaresPlaydates Linky challenge, sponsored by Petits Filous“