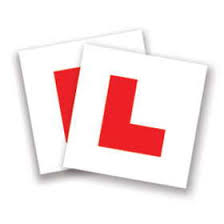 This week Xene got offered her first part-time job, which is brilliant and I am very proud of her, however it does involve quite a bit of travelling, which, for now will involve one of us adults playing Taxi!

It has made her think more about learning to drive, which she didn’t seem that keen to do before.

I was desperate to drive, the day after my seventeenth birthday I had a lesson booked (thanks for the great birthday present mum and dad)

My lessons were great and I did everything correctly during that time, however when it got to the actual test, DISASTER…..

My first test took place on a very cold and snowy December morning, I lived in Yorkshire at the time, which meant lots of hill starts and large snow drifts!! The test didn’t go too well, I was driven out a long way from the test centre, my instructor had assured me they always did a couple of standard routes (WELL, that wasn’t true!) to cut a long story short (there are a couple of stories to go through) in an unfamiliar place and in lots of snow, I drove round a bend and continued on my way, without realising that the bend was in fact a junction and I had pulled straight out without looking!! which was a fail.

I was undeterred and put in for it a couple of months later, February was looking favourable, I felt much more confident, but it wasn’t to be, pulling out of the T-Junction two roads before we got back to the test centre, a car came from nowhere, so I slammed on the brakes, however, not quick enough and the examiner also hit the brakes, meaning he failed me because he had to intervene…

Never mind, third time lucky (please), this time it was two weeks before I moved down south, so I knew this would be my last shot, and I put far too much pressure on myself and it all fell to pieces.

I moved to the wonderful East Anglia and resigned myself to the fact that I would use a bus to travel about, however once I was working, and only one bus per hour went past our house, I thought it may be time to try again.

I already knew how to drive, it was just the test, so I signed up for a 2 day intensive to brush up on my skills, and it included the test. After a day driving around Norwich I was petrified, (i’m still jot keen now) but it was too late to back out, the following day I thought I was going to pass out, I felt that ill. Fourth time lucky, surely ? Er no, failed because I hit the kerb on my three point turn… It was at this point that I seriously thought about learning to drive a motorbike.

I then started work in a pub, so I REALLY needed to drive, as it wasn’t fair to ask my dad to keep taking me and picking me up. I went for a slightly shorter 2 day, and my test was booked for Valentines Day 1995. It didn’t start off well, when my instructor saw who the examiner was and he went green!! THE toughest one of all. But, finally on my fifth attempt, I PASSED…..

The next hurdle was to insure my little Fiesta Ghia that I had purchased with my hard earned wages. I wanted to have my own insurance so that I could start earning my No Claims bonus straight away, but, back then prices for new, young drivers were pretty high, I am so glad there are companies now  like More Than that have amazing products for young drivers, meaning that when Xene does learn to drive, (and all of the others too!) it won’t be too expensive for her to afford.

Now all I have to work out is how I am going to fit 9 cars on the driveway….