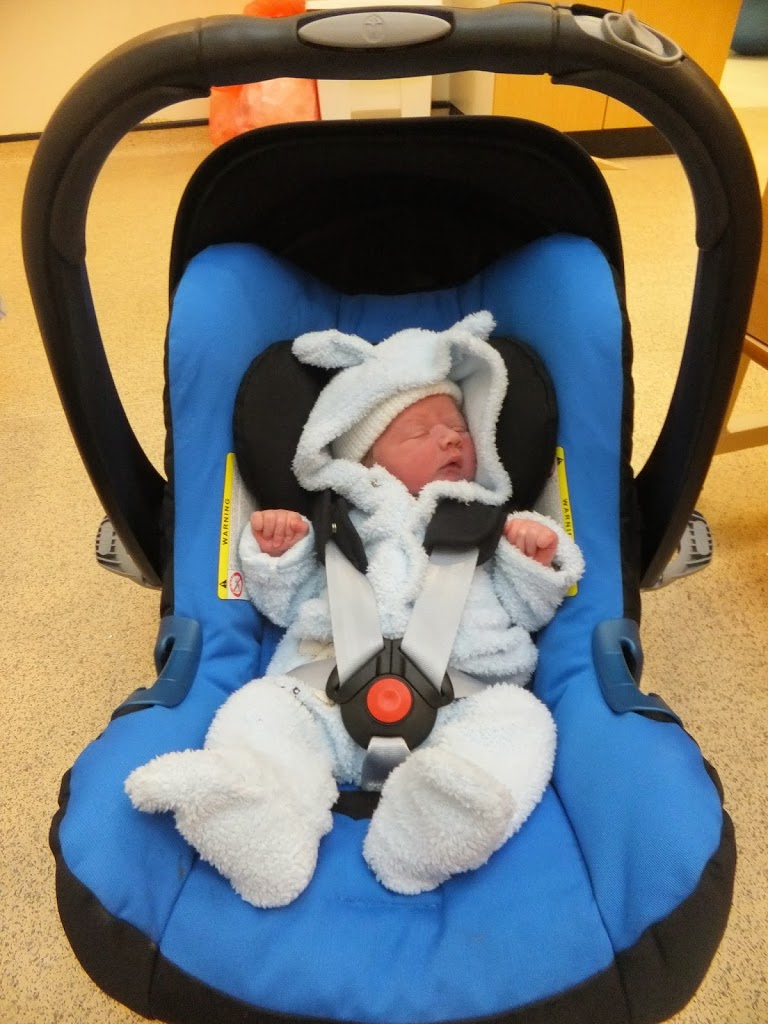 WOW! what a completely hectic 19 days, I have no idea where the time has gone, although that might be something to do with this little one… 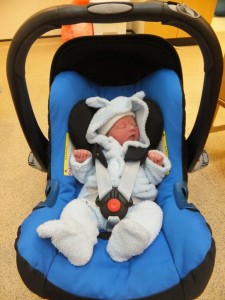 Just after midnight on Monday 9th September I got the first contraction, literally just as I laid my head on the pillow, WHAM it happened, I leaned over to Asa and said “Get some sleep”  whilst I got up and had a bath, but they didn’t go away so I knew this was the real thing!
I calmly went down the stairs and removed the cover from the birth pool, all ready for my perfect homebirth, I stole the clock from Xene’s bedroom to time the contractions and settled myself on the birthing ball to watch an episode of Smash, however after only 9 minutes I realised that the contractions were actually only 4 minutes apart, so I telephoned the Delivery Suite to get them to send for the midwives!
I eventually got through after ten minutes of the phone being engaged (not what you need whilst having contractions) they went through my personal details and then asked if I was for the Delivery Suite or the Dolphin Unit – our midwife lead unit, I informed them that I was homebirth and the phone went eerily quiet….
A senior midwife came on the telephone and informed me that there were no midwives available to come out for a homebirth until 8am, which of course I knew would be far too late…
I reluctantly agreed to go into hospital with the condition that I was allowed on the Dolphin Suite for a waterbirth, which they agreed to.
I then had the task of informing Asa that he would not be taking care of me at home, he would be driving me to the hospital, next was contacting my friend to come and look after the other six children, she was there within 10 minutes, by which time the contractions were every couple of minutes.
I frantically ran round the house collecting all of the essentials I would need for a hospital birth, as everything was packed away ready to get out after we had him at home!

The journey to hospital was rather quick as the contractions were only a minute apart, when I arrived at the Dolphin Suite at 2.10am the water was already run in the bath and I hastily climbed in, it was wonderful and I managed for the next half an hour just breathing through the contractions, for the final 20 minutes a little Gas and Air was called for, and at 3am exactly Viggo Cort Alexander Morrison was born in his amniotic sac weighing a very surprising 9lb 6oz. 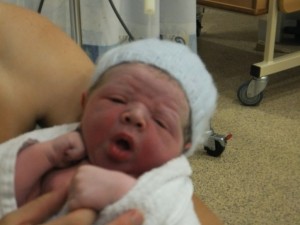 We were allowed home after the minimum 4 hours, so his brothers and sisters woke up to a new baby brother, which they are all smitten with.

The past 19 days have been a bit of a blur, school runs with seven children is quite a chaotic adventure and we may have forgotten the odd water bottle or book bag throughout this time, but we are getting there…

As for sleep, well, sleep is for wimps, I keep telling myself!!