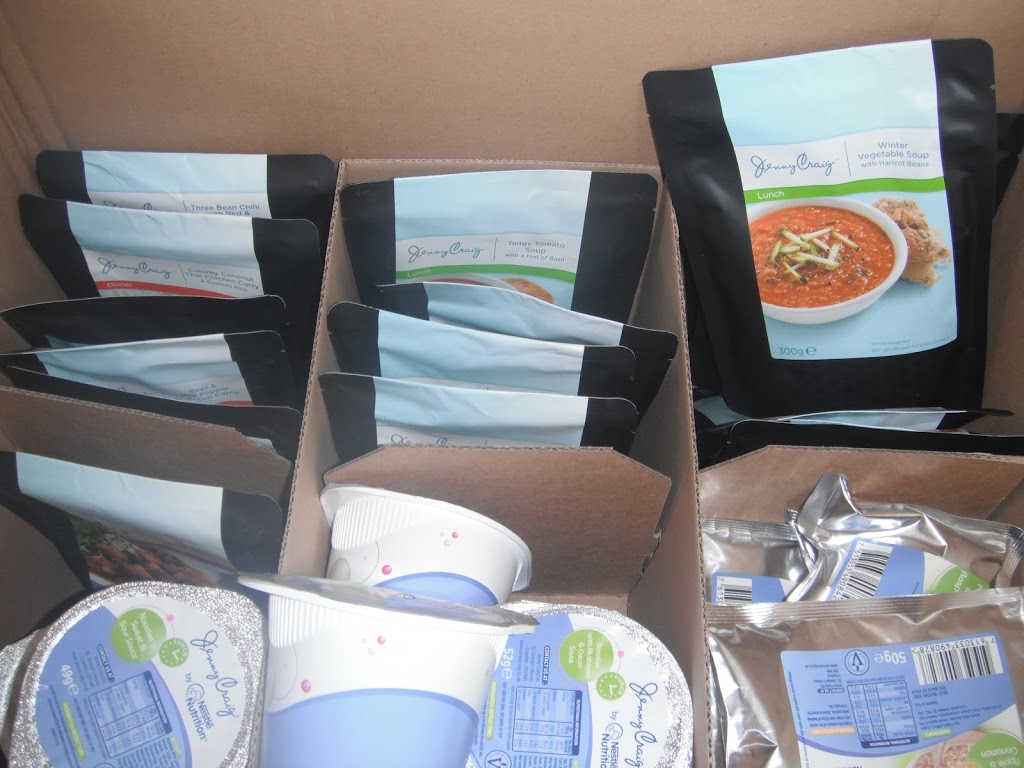 If you have been following my blog, you will know that earlier this year I made the decision to shift the baby weight, however the only thing that I did learn was that I was rubbish atdieting and exercising and I am too much of a junk food eater, so when I was given the opportunity to try the Jenny Craig plan, consisting of Breakfast, lunch dinner and snacks being delivered to my door I jumped at the chance!!

Two weeks ago a very large box arrived filled with lots of packets and dishes, a lovely folder and detailed instructions. I decided that I would begin the plan on Monday, I weighed myself Sunday night and weighed in at exactly 10 stone, now I know to a lot of people that is not heavy but for my 5ft 2″ frame, I should be a lot less, my ideal weight would be 8 and a half stone ish. 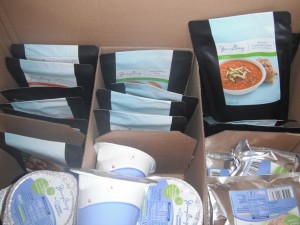 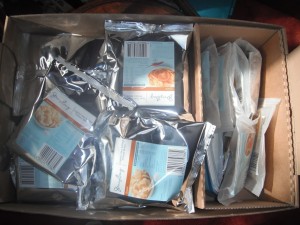 I was assigned Alex as my personal consultant, who rang me at the alloted time Monday morning to discuss the plan and the diet food, to also check that I had received everything correctly, we discussed my goals and how to stick with the plan.
The one area I needed to work on was ensuring I had breakfast when I got up and not three hours later after the children had gone to school and I had a minute to sit down, as I was in fact starving my body, so this was noted, although I couldn’t promise it would happen every day!!
My own personalised menu was sent to me, listing which jenny craig meal I should be having, along with extras I could add to it to make a more hearty meal.
The first thing that shocked me was how much I didn’t eat throughout the day, well not proper food, more like high sugar and fat snacks!!
I can eat pretty much anything, although I am not a fan of Tuna, so that seemed to be the only meal I wasn’t too keen on having, but they do provide you with an alternative which has been the most helpful document, knowing what quantities I should be aiming for each meal.
The meals are varied and on the whole very tasty, the only one I really did not like was the Pasta Bolognese, but other than that they have been very nice.
My cupboards and fridge are stocked with much healthier choices, which in turn meanthat the children are also opting for the fruit instead of a bag of crisps or a chocolate bar, so everyone’s a winner.
After five days of folllowing the plan, I was amazed when stepping on the scales to find that I had actually lost 8lbs, so alreadya third of the way to my target, although I suspect this week will not be quite so dramatic, especially as I had kaides birthday which involved a meal out and birthday cake!!
Come back in a few days to find out this weeks verdict!!