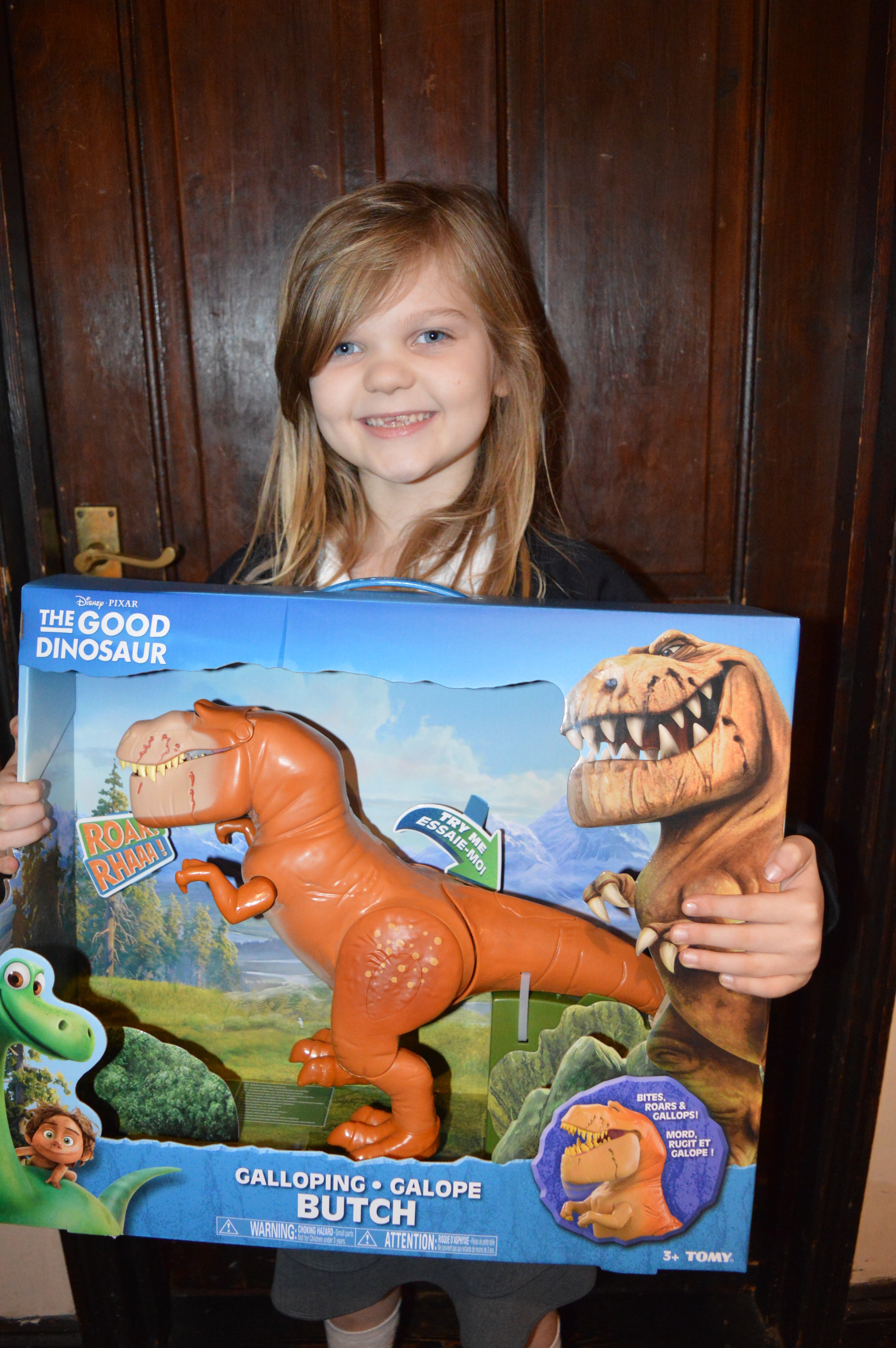 The children haven’t seen The Good Dinosaur film yet, although they would really like to.

Tyrus and Viggo adore dinosaurs, so when we were asked if we would like to review the toys, even though we hadn’t yet seen the film, I knew they would love them anyway, and the chances of either of them sitting through an entire film were pretty remote, at least if they are familiar with the characters, they may me more receptive when it is showing on Sky!

When the box arrived, it was Eowyn who took charge of the unboxing, ( I love it that I now have so many willing volunteers to lend a hand) 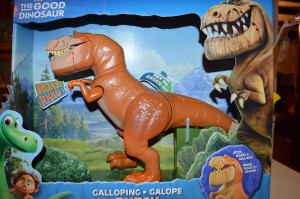 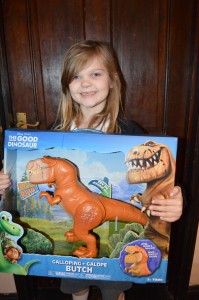 He was very easy to get out of the box, and the attention to detail was amazing, he had the scars and everything! When you first read the description it appears that you put Butch on the floor, press his tail and he gallops along the floor, however this did not happen and after many attempts, it would appear that he gallops much better whilst being held and it is far more fun for Viggo to chase Tyrus around the house and they both think it is hilarious!

The Arlo mask had me in stitches, it fixes round the back of your head and under your chin, unfortunately it is too big for Tyrus and Viggo, however Eowyn managed to get it to work, and she gave a pretty good view of her open mouth too! 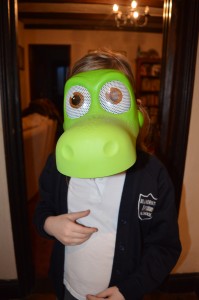 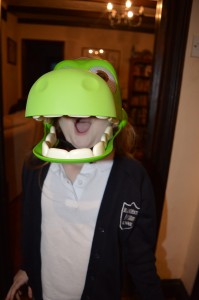 What Would Be Your #Impossibleexperience ? 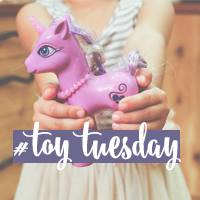