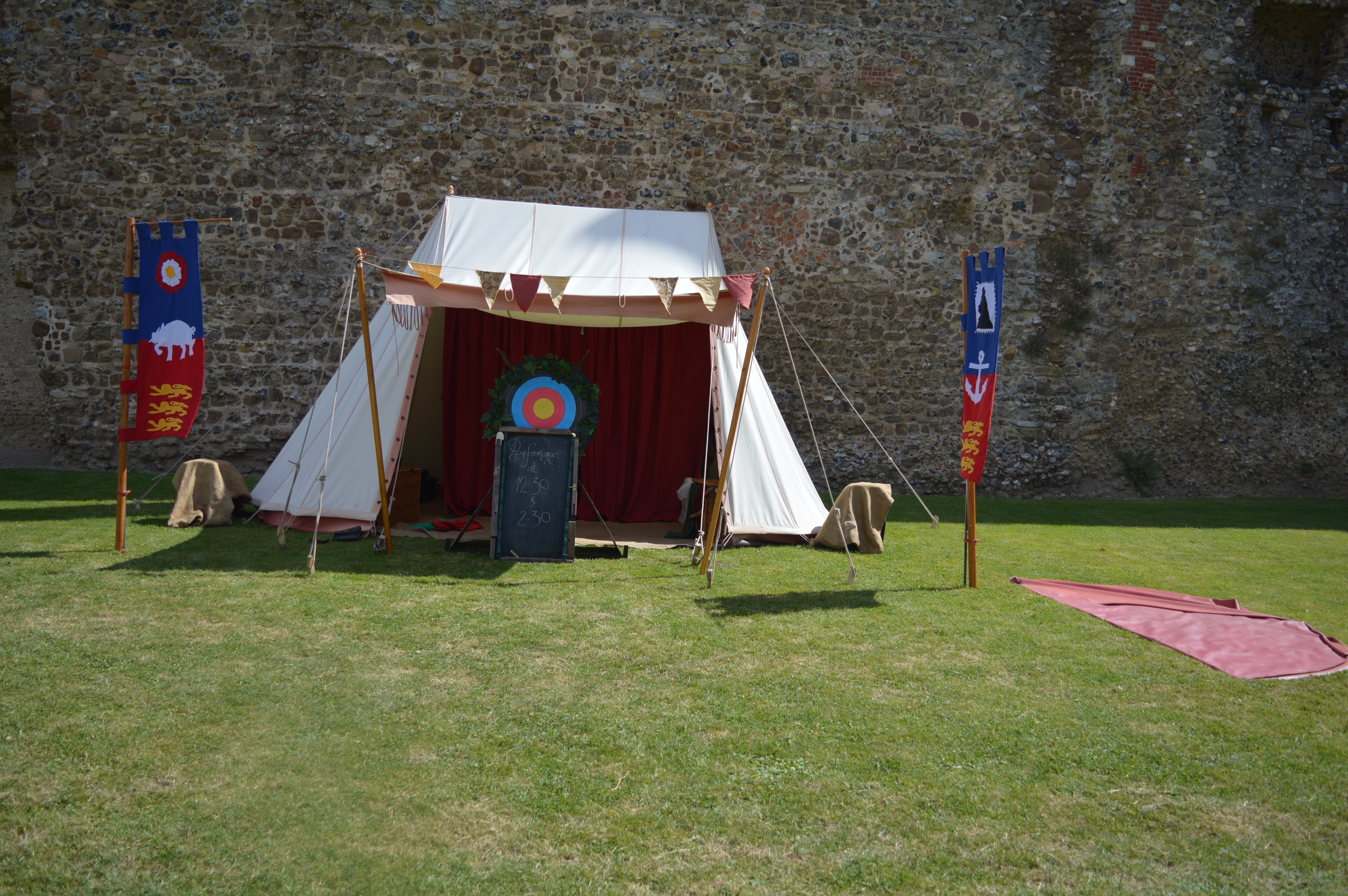 On Tuesday Asa and I , along with Eowyn, Kaide and Neva took a trip to Framlingham Castle, the only person that had visited before was Neva with her primary school about 8 years ago, although she did remember it when we arrived. 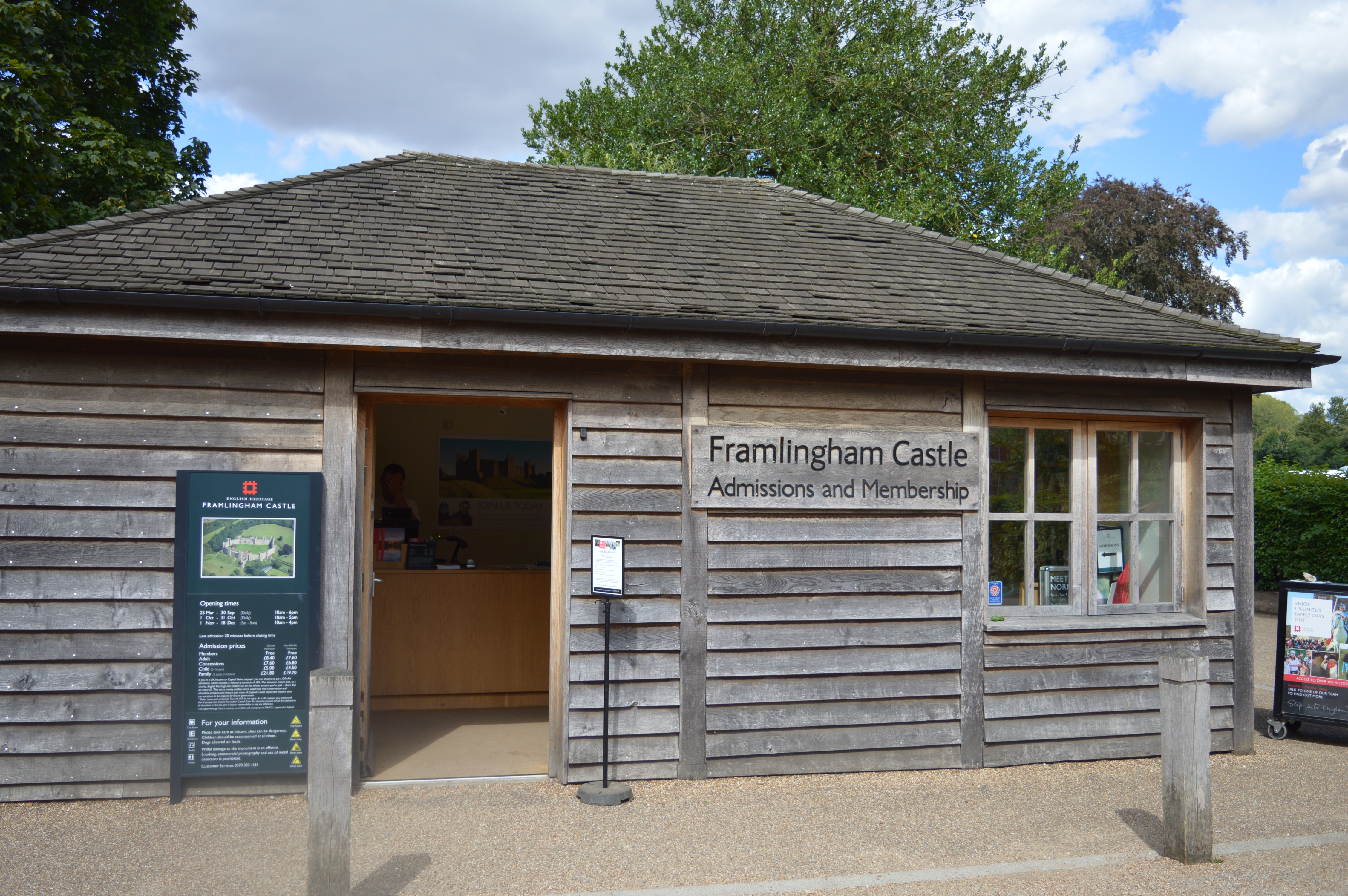 When we arrived we were greeted by a very lovely lady that issued everyone that was going into the castle with a complimentary Car Parking ticket, she had lots of information about English Heritage and the options available for joining, she also presented us with a map and showed us where the various activities were taking place, we were all issued with a wristband, and you were free to come and go as you pleased.

It was a short walk into the castle from the admissions hut, you had the option to go straight in or walk around the outside of the castle, the children opted for checking out what was going on as it was Heroes and Villains week!

Within the grounds of the castle there were various activities that you could have a go at, including skipping, stilts, cup and ball and many others. 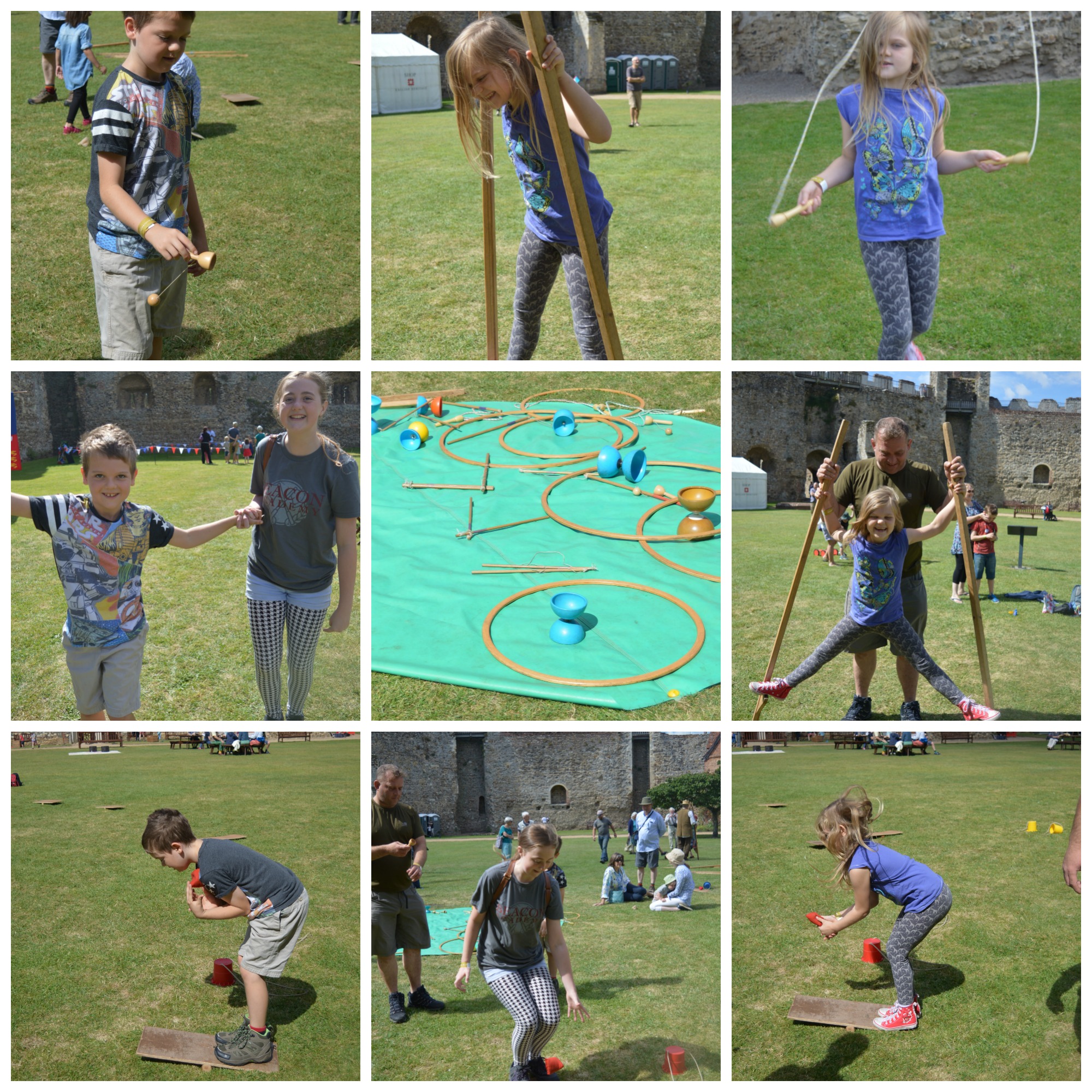 The three children had a great time trying out all of the different games (and the adults too!) You can try and master the skills yourself or there are people on hand to help you.

When we first arrived there was a sign outside of the tent informing us that a performance would take place at 12.30 and 2.30pm, luckily there wasn’t much time to wait until the first one, so we settled on the grass to watch.

It was the story of Robin Hood and His Merry Men, with all of the parts being played by children in the audience, all dressed in the correct costumes and it was a great show, some real little stars of the future. The second show was a different story, so if you are planning on staying for the entire day it isn’t repeated.

After the show we decided to grab a little snack, Framlingham Castle does not have a cafe, so it is advisable to bring a picnic and then visit the Snack Hut for some locally sourced produce!

The deluxe hot chocolate was delicious with, cream, marshmallows and a flake, priced at £2.95 this was the most expensive item on the menu, the delightful ice creams that are made just down the road in Walpole (we passed the dairy on our journey home) to suit everyone, they also had a stand with various different products for different dietary requirements.

After our little snack we headed off to the shop to grab an audio ready for our walk around the walls, at a spectacular 10.5 metres high and 2.3 metres thick the curtain wall has stood for more than 800 years.

The audio was brilliant, each time you stopped at an information board, you pressed the corresponding even number and you were given some information about the castle for the grown ups, but if you pressed the odd number it would give you some very funny and hilarious facts for the children. The views were stunning but the entrance from the shop starts with quite a narrow spiral staircase and we did find that a few people started their walk and then turned round and descended which was such a shame as the actual walk around the walls was very sturdy and safe, once you got past the beginning.

As you came to the end of the walk you climbed down some stairs into a small museum, the children were fascinated by the typewriter and the telephone, especially when I told them that I had one exactly the same when I was small! 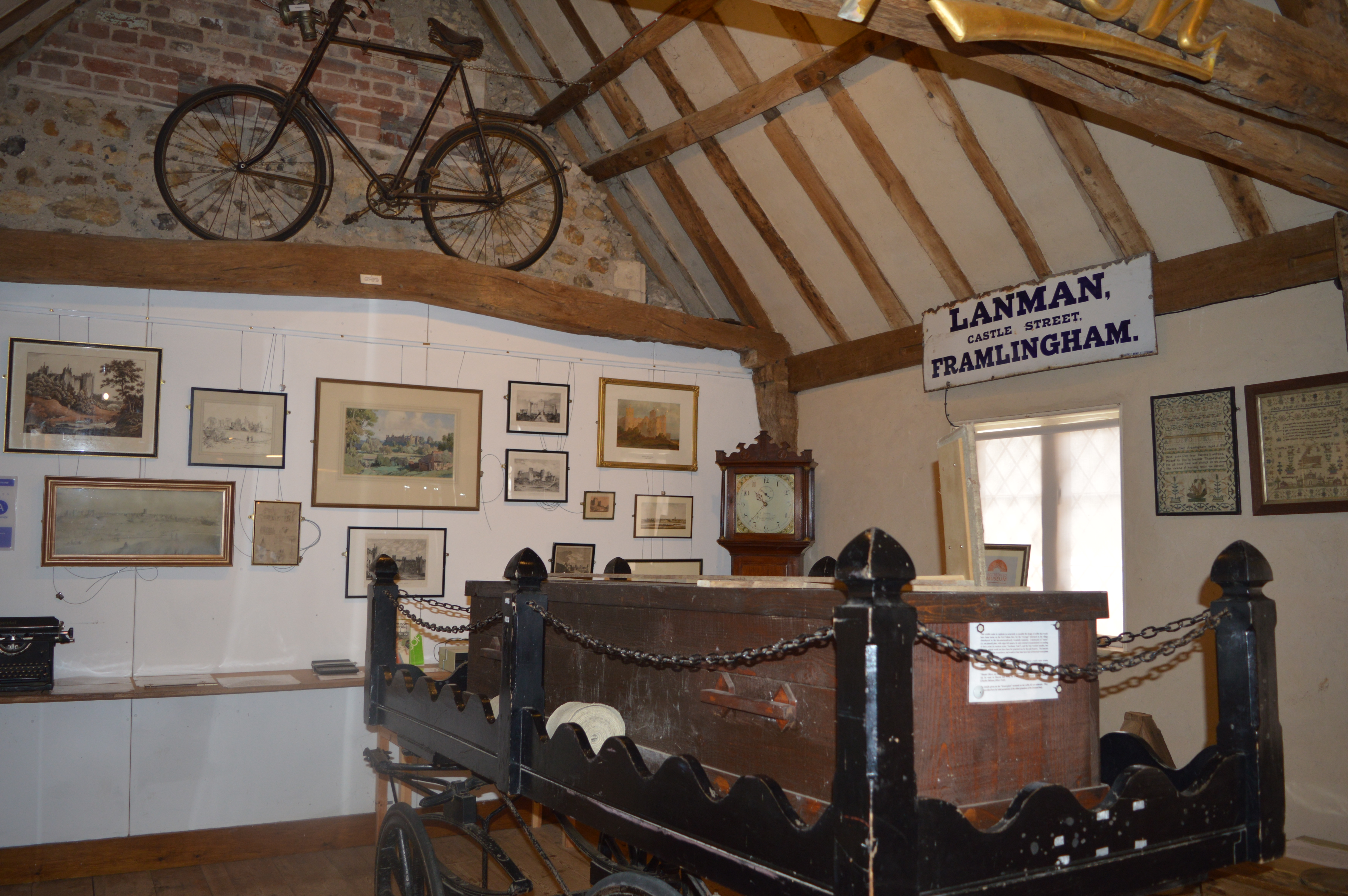 At the bottom of the stairs there is a lovely exhibition, Framlingham Castle was home to some of the most powerful people in Tudor England and then in the 17th century, it was a sanctuary for the poor.

The children noticed there wasn’t such a queue for archery, so they headed off there next, the lady explained all the parts of the bow and arrow and how to aim and fire, all three became quite competitive, thank goodness they were only suckers on the end as Kaide hit me twice whilst taking the photos!

After the archery we decided to walk around the outside of the castle.

There are lots of different routes to walk around the outside, I chose the sensible routes, the children chose all sorts of weird and wonderful ways (with the help of dad), there are lots of grassy banks to roll down, although a couple of them look OK but are quite steep, so do check them out before you roll!

We had a lovely day at Framlingham Castle and would definitely recommend it to anyone who lives in the East, or any holiday makers that are visiting the area, they have various events taking place throughout the year, including this one, that sounds fabulous. 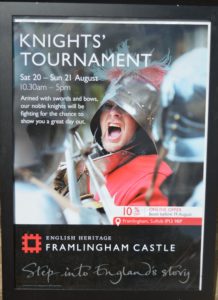 Have you been to Framlingham Castle or any other English Heritage site with events taking place, are there any you would recommend ?

I am a member of the Mumsnet Bloggers Panel, a group of parent bloggers who have volunteered to review products, services, events and brands for Mumsnet. I have not paid to attend the event. I have editorial control and retain full editorial integrity.