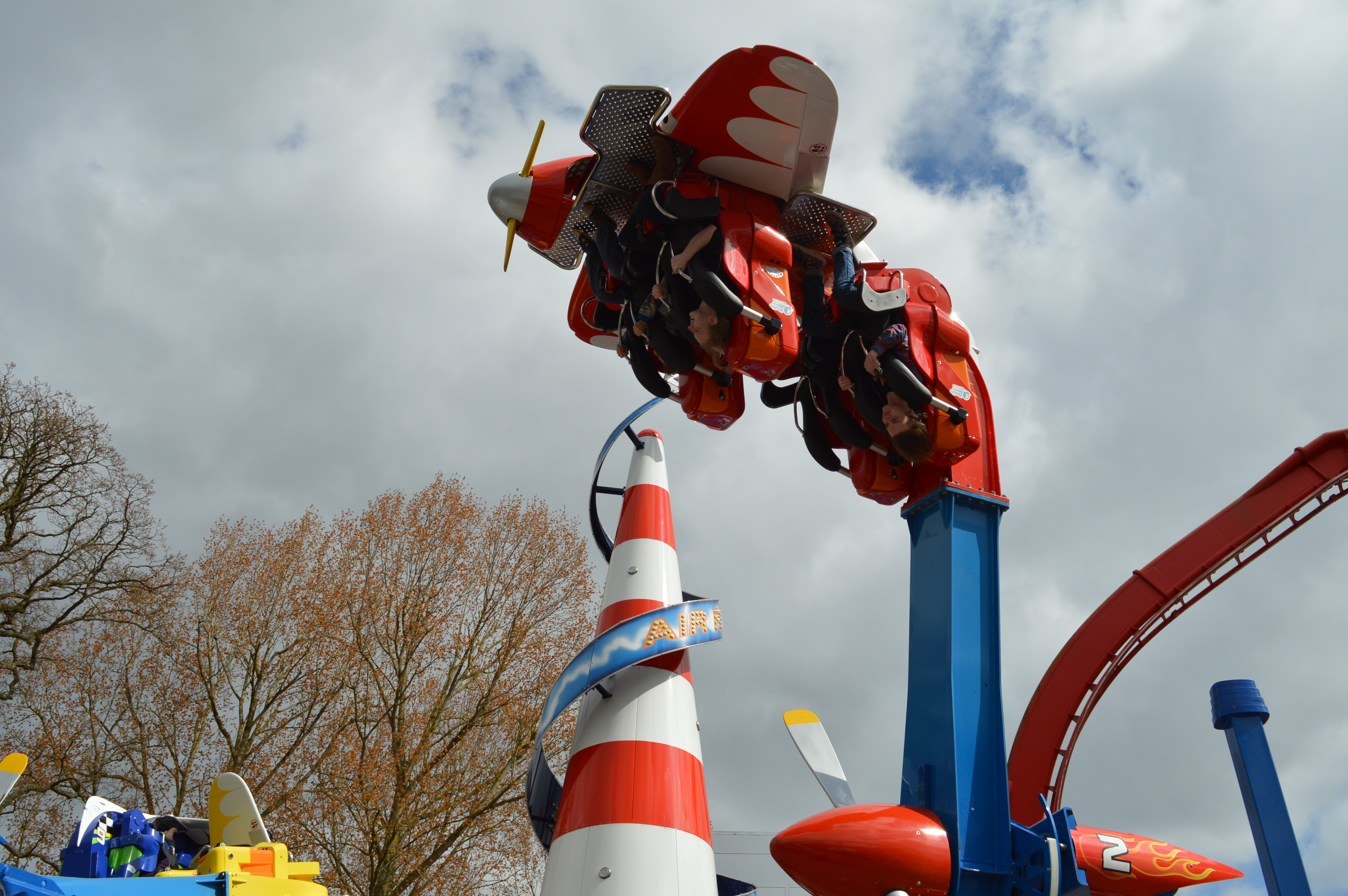 Drayton Manor – A Park for Everyone!

Last week we were invited along to review Drayton Manor, we had never visited before but after reading Boo Roo and Tigger Too and Adventures and Play reviews as part of the Ambassador programme. I knew the younger children were in for a real treat, although I was unsure on the 11+ age range, but I needn’t have worried as there was plenty for them to do!

It is just over 4 hours drive from Sunny Norfolk, so neither Asa or I fancied  a very early start, so we booked into a Travelodge, 10 minutes away from the park. This meant we were there when the park opened, there is a Drayton manor Hotel onsite, but they were fully booked, so we will have to give that a try next time we visit.

East Anglia broke up for school holidays on 31st March, meaning we have two weeks before Easter and they go back to school the day after the bank holiday, but for once it worked in our favour, as we appeared to be the only ones and the children didn’t have to queue for anything, in fact a few rides they went straight back on!

For those of you that have yet to visit Drayton Manor, it is located in Tamworth, Staffordshire, it consists of lots of different rides and attractions for tiny people through to the adults. It has a zoo within the park and the very popular Thomas Land. The entire park is very well spread out and there was so much to do, you really need two days! 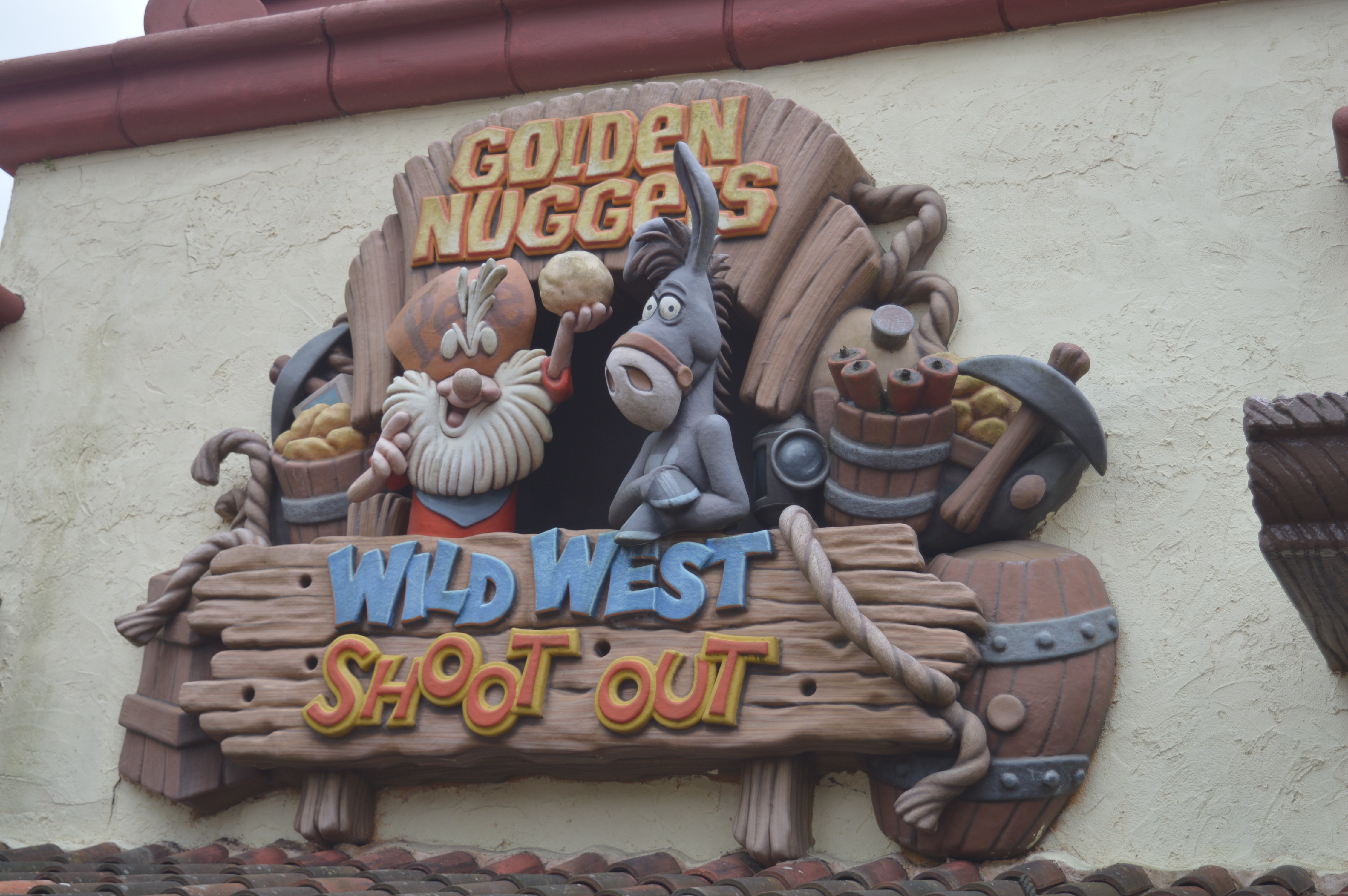 First, we headed straight to the Wild West Shootout, the children adored Buzz Laser Blast at Disney, so we knew this would be a hit, and it was, all of the family enjoyed trying to beat each others scores, and it reminded me of when I used to go to the arcades as a child and my dad used to do the shooting game, although when he hit the target the man used to fire a water pistol at us…

Next they went on the Drunken Barrels minus Viggo, Eowyn and I, as Viggo was too small and Eowyn didn’t know if she would like it, however after watching them all, she did go on later in the day. I am not a fan of things that just continually spin, so you will never catch me on them or anything similar, give me an upside down ride anyday! 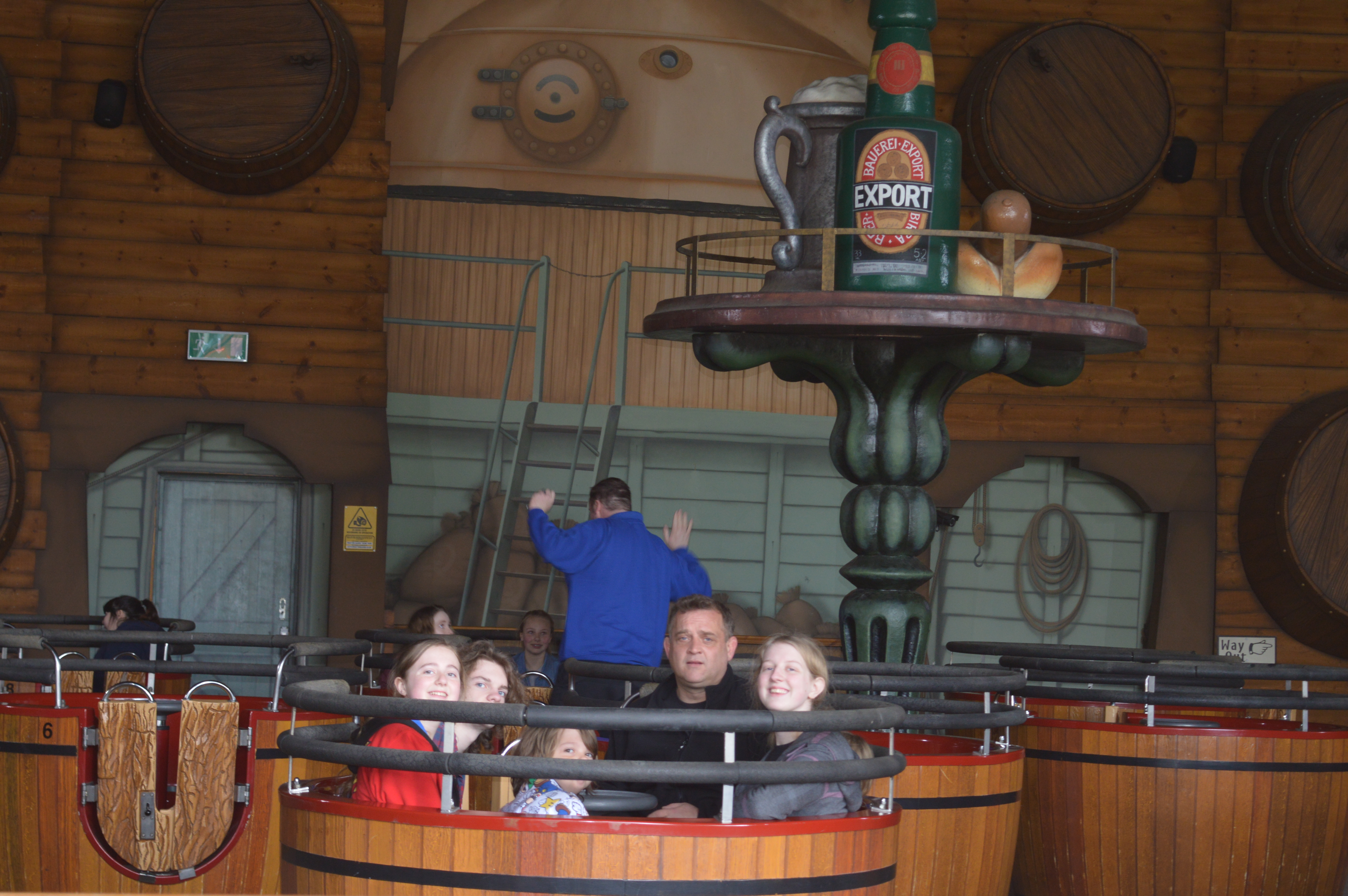 Then it was time for a little Spooky Fun, as myself and the teens went to The Haunting, it was very dark, but I won’t tell you any more or it will spoil the fun….

Next stop the HUGE Bounty Pirate Ship, all of the children love Pirate Ships, but this one is classed as a Thrill Ride and I can see why, as myself and the smaller ones watched them all go practically vertical, but they all came off buzzing, about how they felt like they were floating! 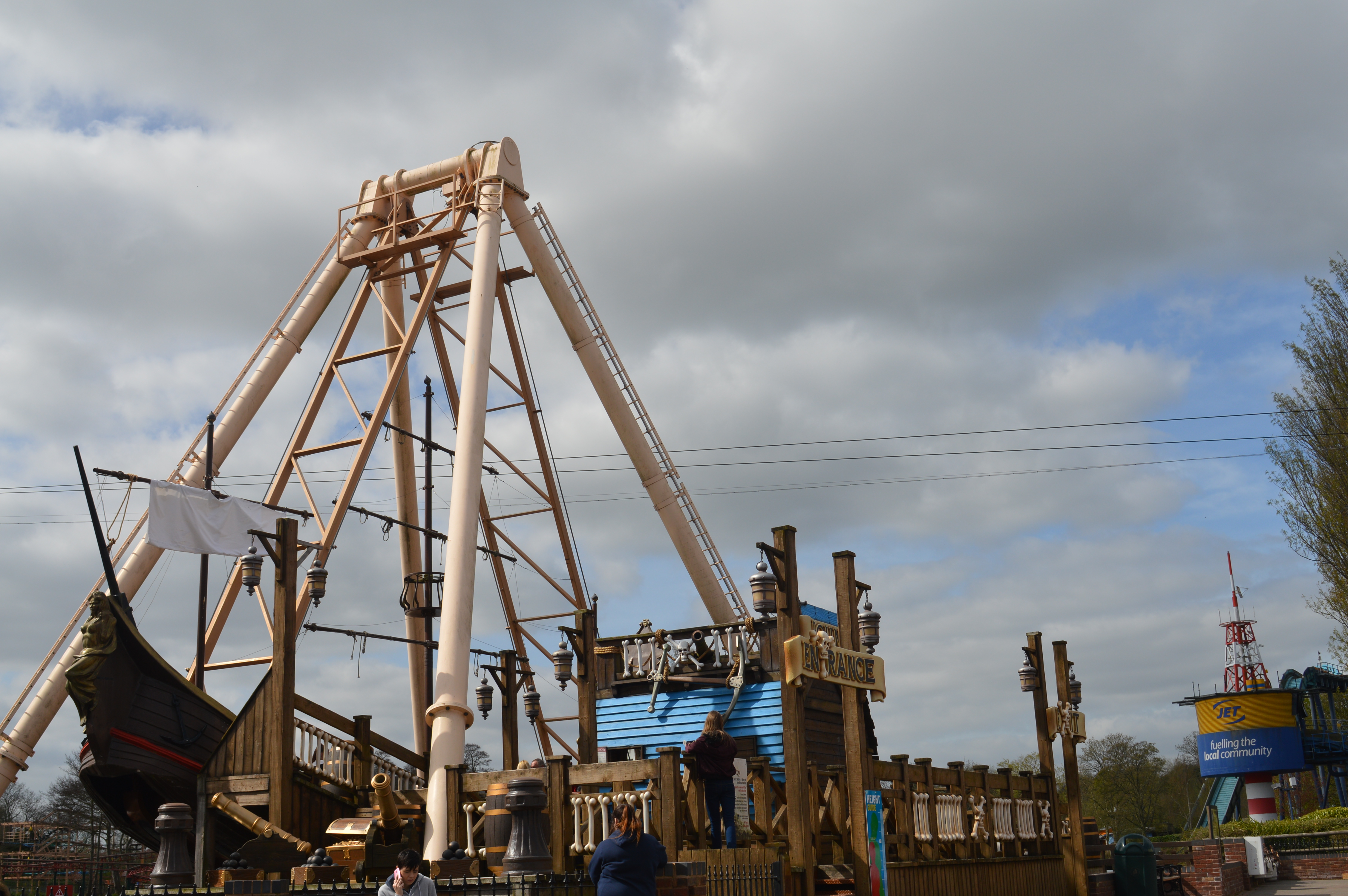 Knowing my love of spinny things, the other 8 went on the Jolly Buccaneer which the two youngest thought was great, although they were going past too fast to think about smiling for the camera! 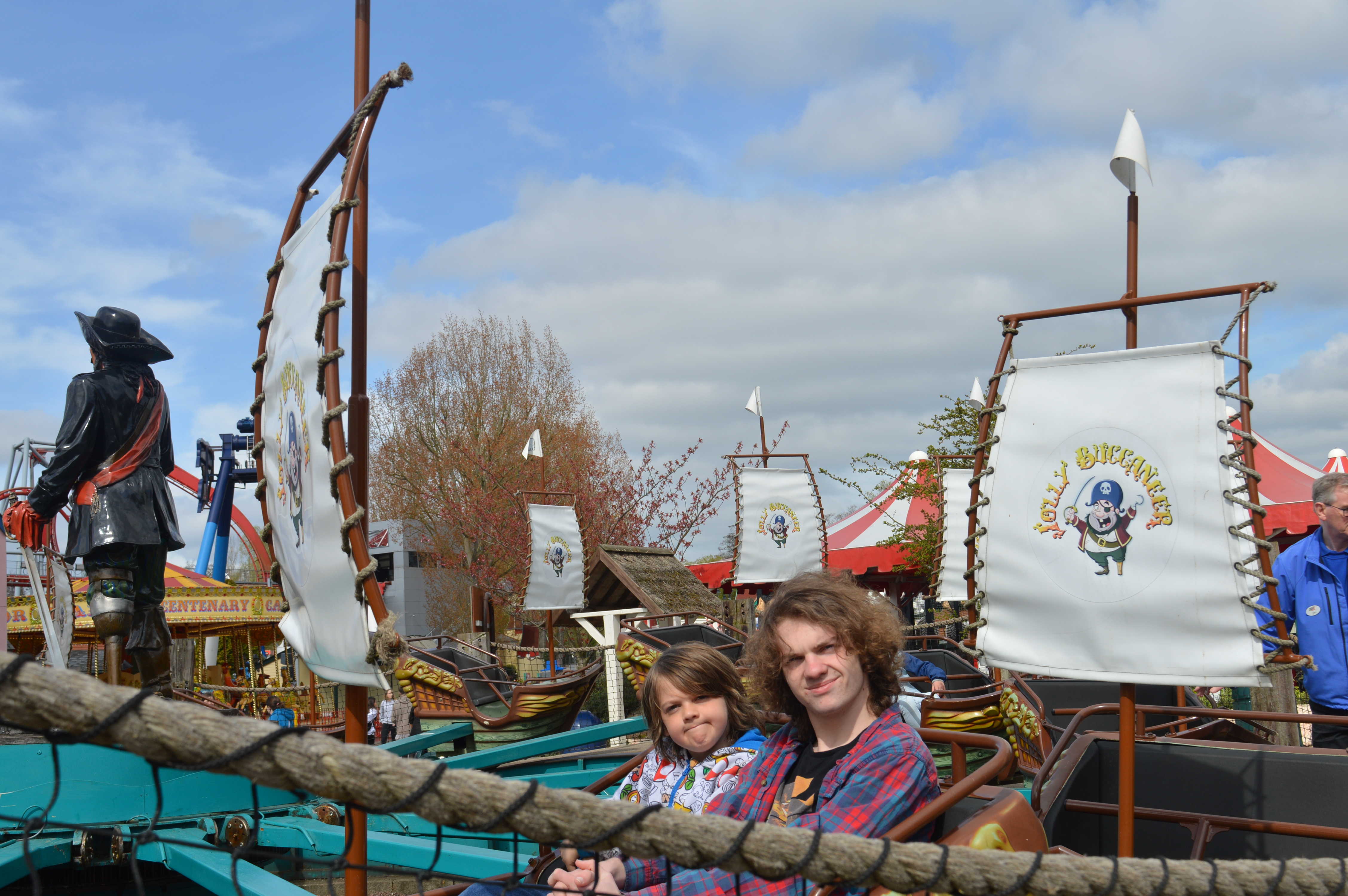 Kaide, Eowyn, Asa and I then had a little bash and crash on the Dodgems, before we headed off into Thomas Land.

Thomas land comprises of 20 rides, it is perfect for the smaller ones, and was the busiest part of the park by far, which makes sense as the cost of a ticket for a 2/3 year old is just £7, and most of the rides in Thomas Land are suitable for that age group. The beginning of April saw the opening of their newest ride James and The Red Balloon, and it was proving quite popular. During our time in Thomas Land we rode Howards Helicoper Tours 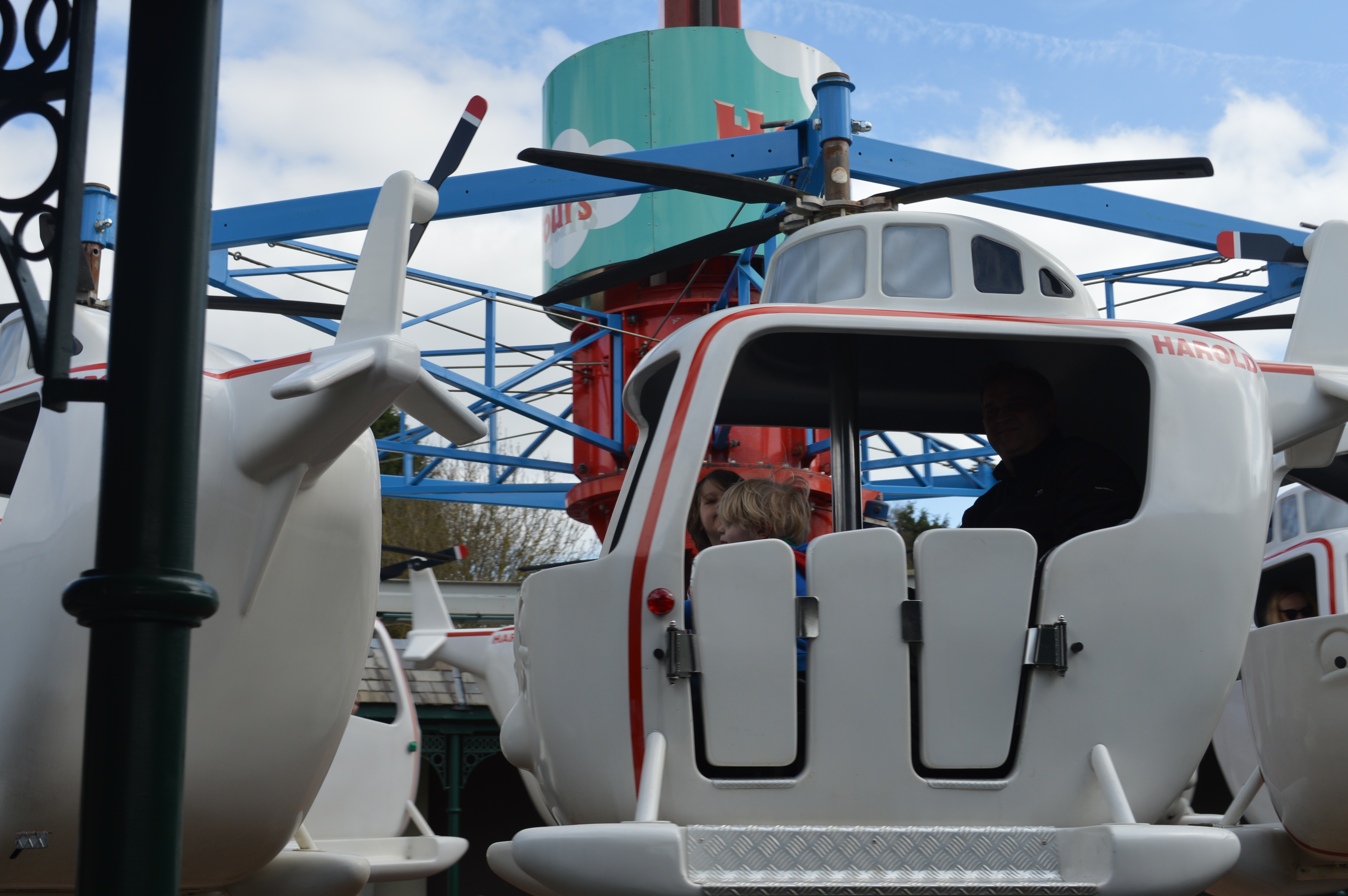 Next stop Rocking Bulstrode, although it was going quite fast, so the photos are a bit hit and miss! But as you can see from their smiles, they all loved it. 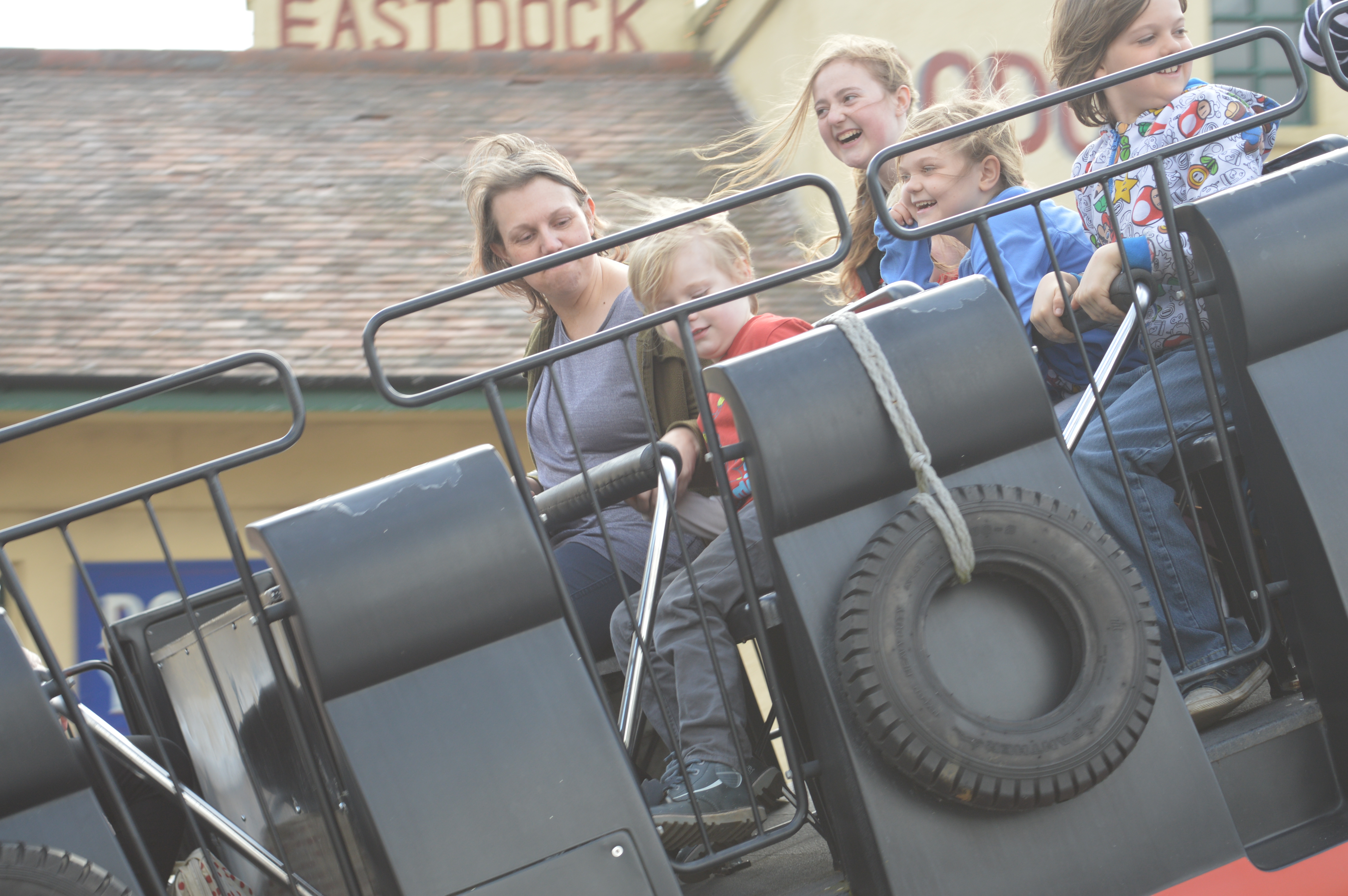 Next stop, lunch time! We found a lovely picnic bench tucked away in the corner of Thomas Land, which was actually big enough for all of us to sit on! If you don’t feel like a picnic, there are lots of lovely places to get food from located throughout the park.

After they had all finished, we took a trip on Toby’s Tram Express 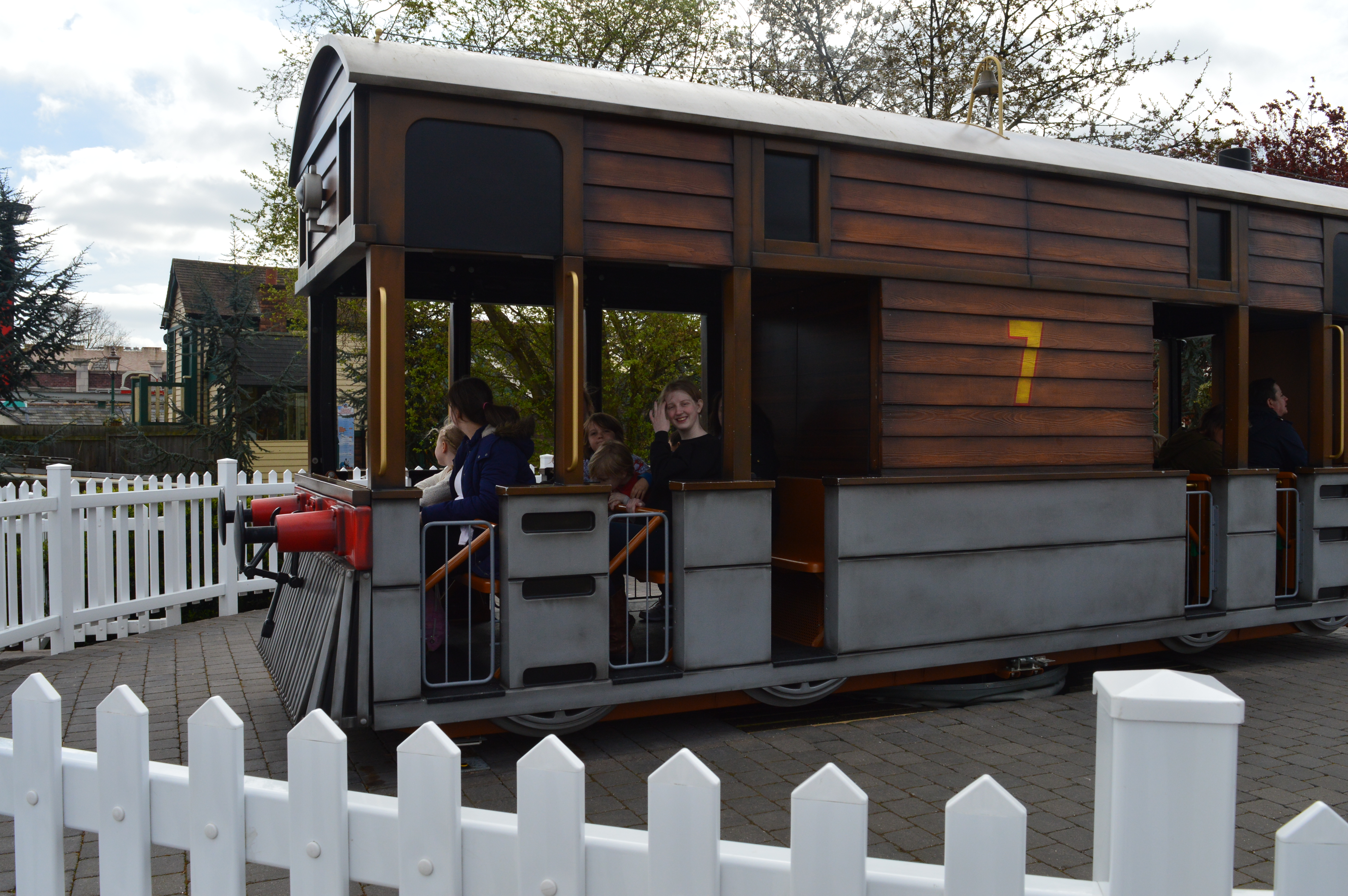 Then, it was time for the one Tyrus had been waiting for,  The Troublesome Trucks Runaway Rollercoaster! He adores Speed, and he spend the entire ride giggling, Viggo also enjoyed it and kept saying go faster! 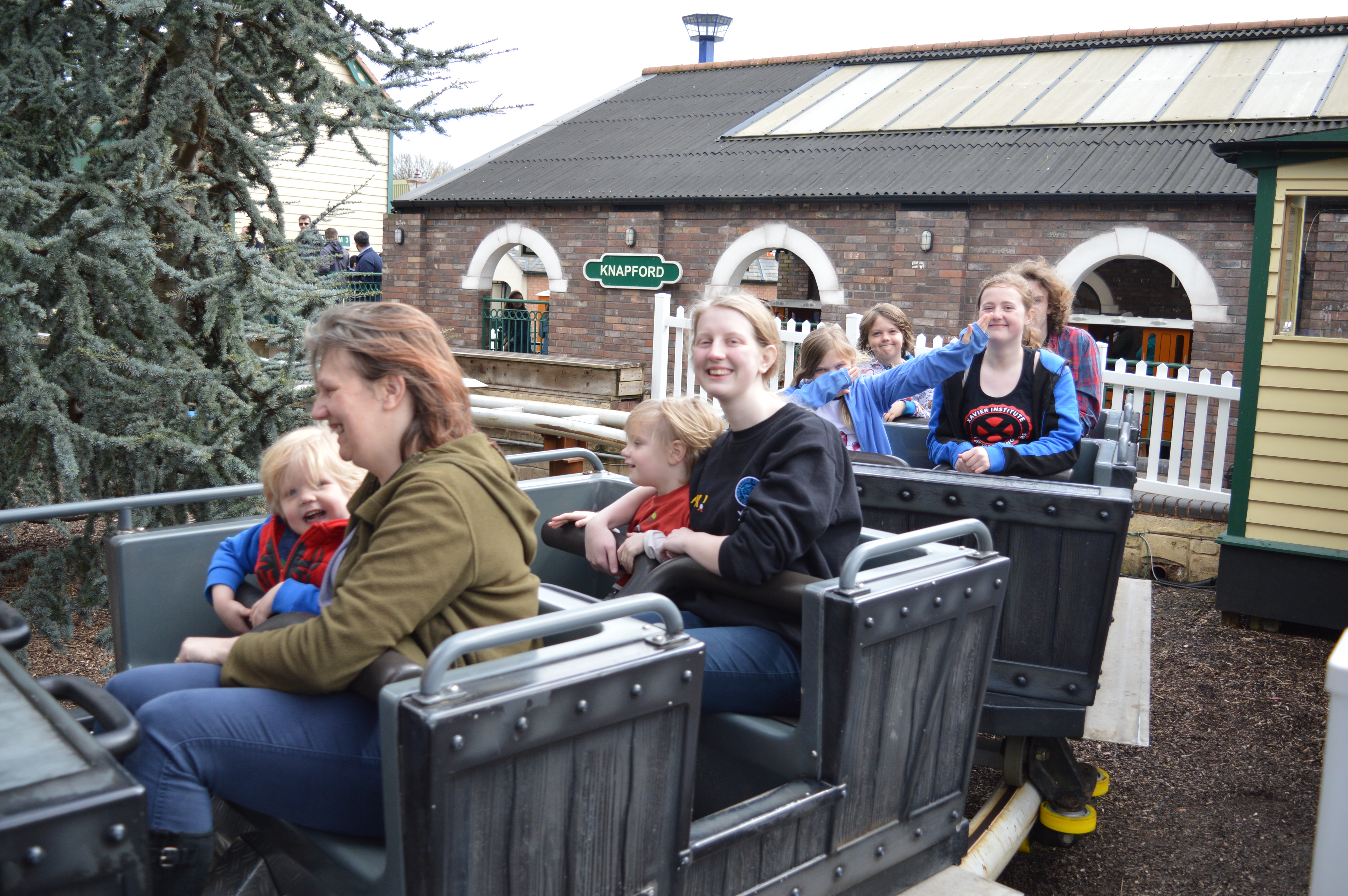 The older children had enjoyed the Thomas Land rides, but they were also keen to try some of the older rides, so we headed for the Air Race, Kaide was very pleased that he was tall enough to go on.

Lochlan, Xene and Kaide went on, it started like this… 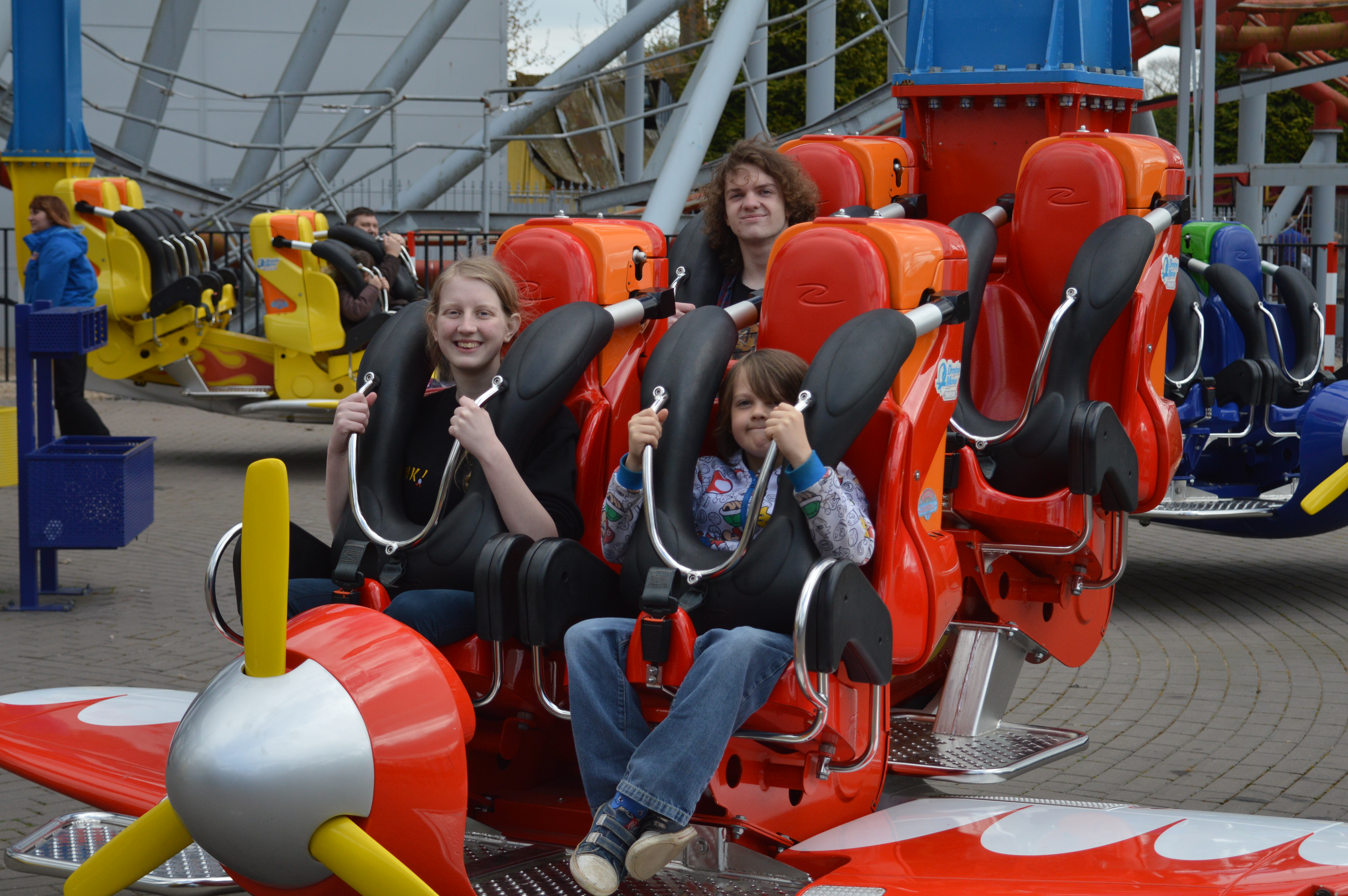 And went to this….

All three of them said it was really good, and that there are rides suitable for all members of the family, Splash Canyon was next on the agenda, so we sent Asa and the older children to check out the suitability for Tyrus and Viggo, before we took our place in the queue, but we needn’t have worried, yes they all got wet, but the little ones enjoyed it as much as the bigger ones, although they didn’t seem to get as wet, probably due to a running commentary from Kaide and Eowyn who had ridden it both times! 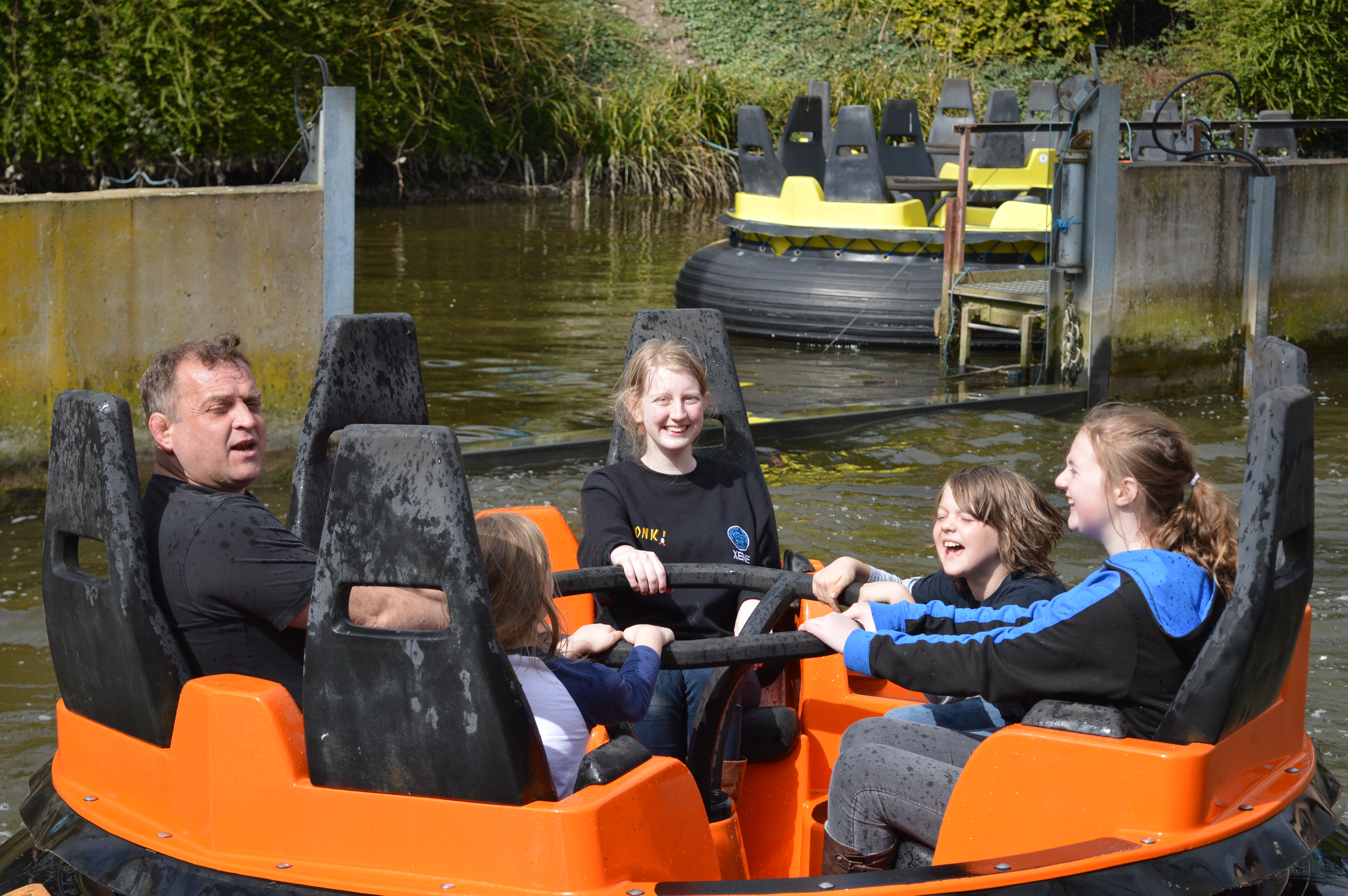 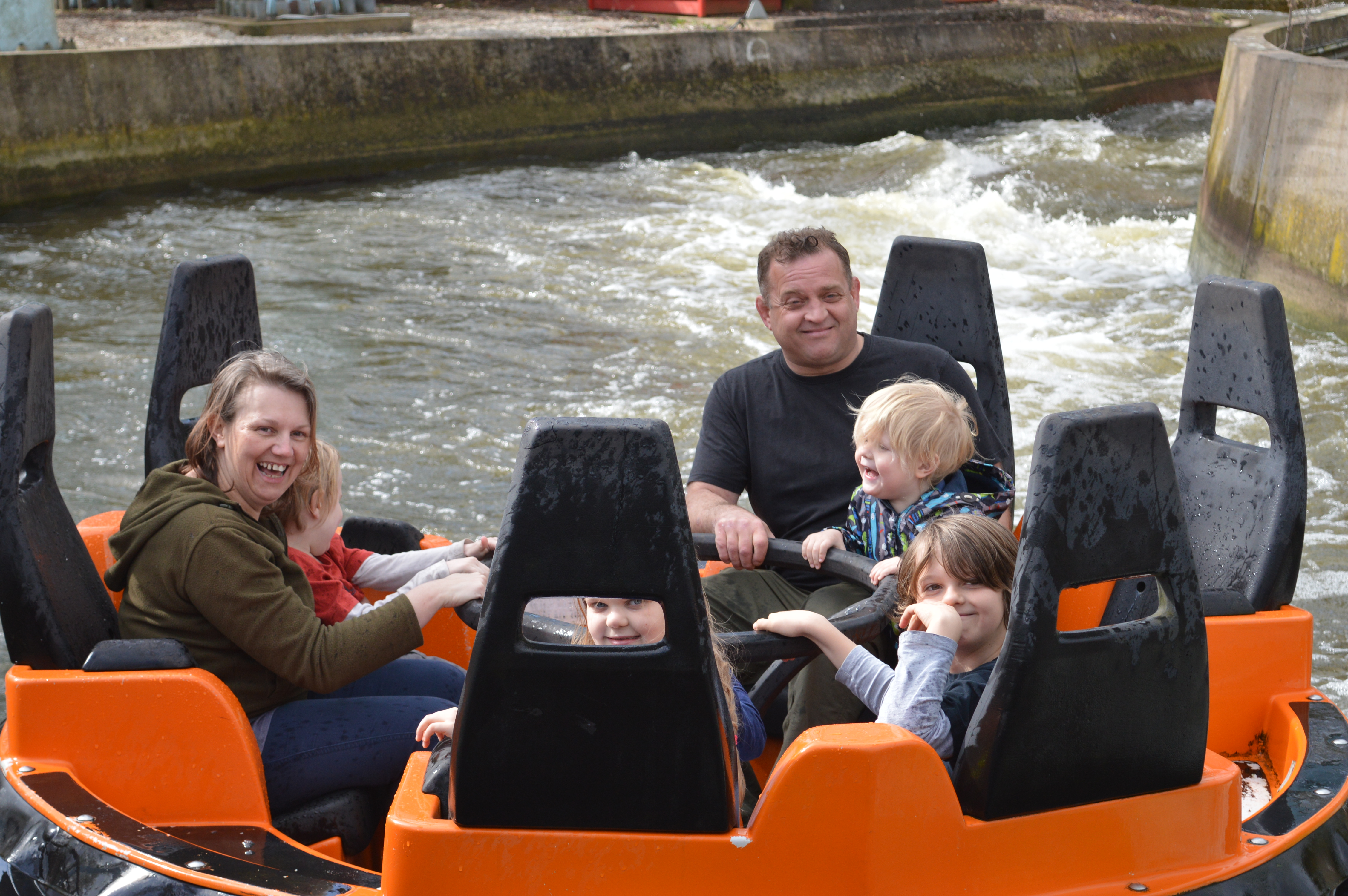 After we had all got a little wet, we took Tyrus on the Accelerator Rollercoaster, which he thought was fantastic, and had to go on twice, I enjoyed the going forwards part, just not repeating the whole thing backwards, especially after doing it twice! Then it was time for some of the bigger ones to go on Maelstrom 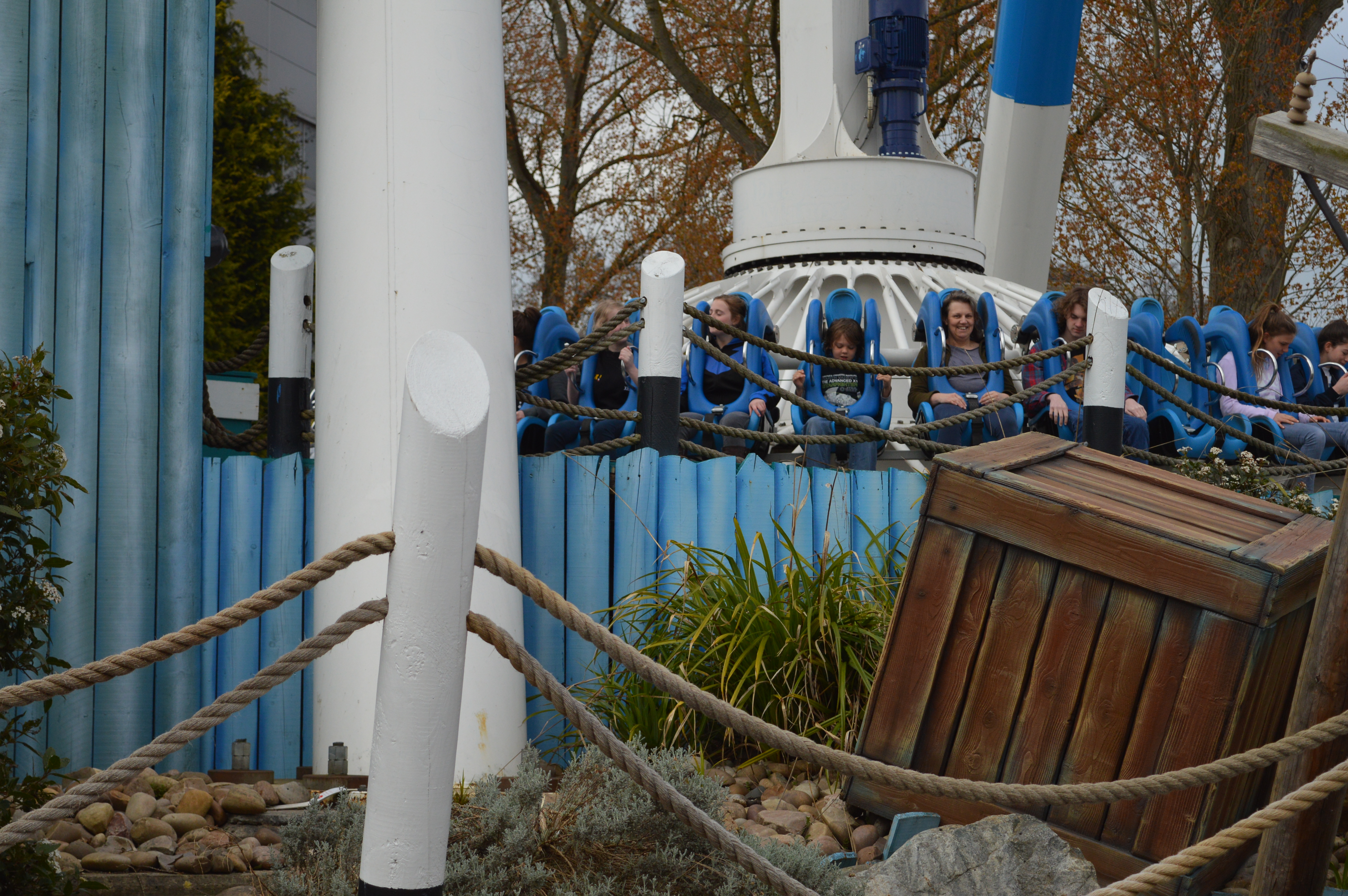 I’m not sure if this was before or after the ride, I think looking at my face it was after as I had Kaide screaming “Woohoo” in my ear and him shouting about his face actually going numb, he is SO glad he has grown a little taller this year, as he really struggles with being nearly 12 but only being the same size as his 8 year old sister, they all went on again, but once was enough for me!

The younger three were desperate to go on Winston’s Whistle-stop Tours, so we headed back into Thomas Land, the cars could only take 4 people, so I was in charge of the camera, Tyrus had obviously enjoyed the day immensely as he didn’t stop chatting to Asa the entire time they were stood waiting for their car. Here he is driving 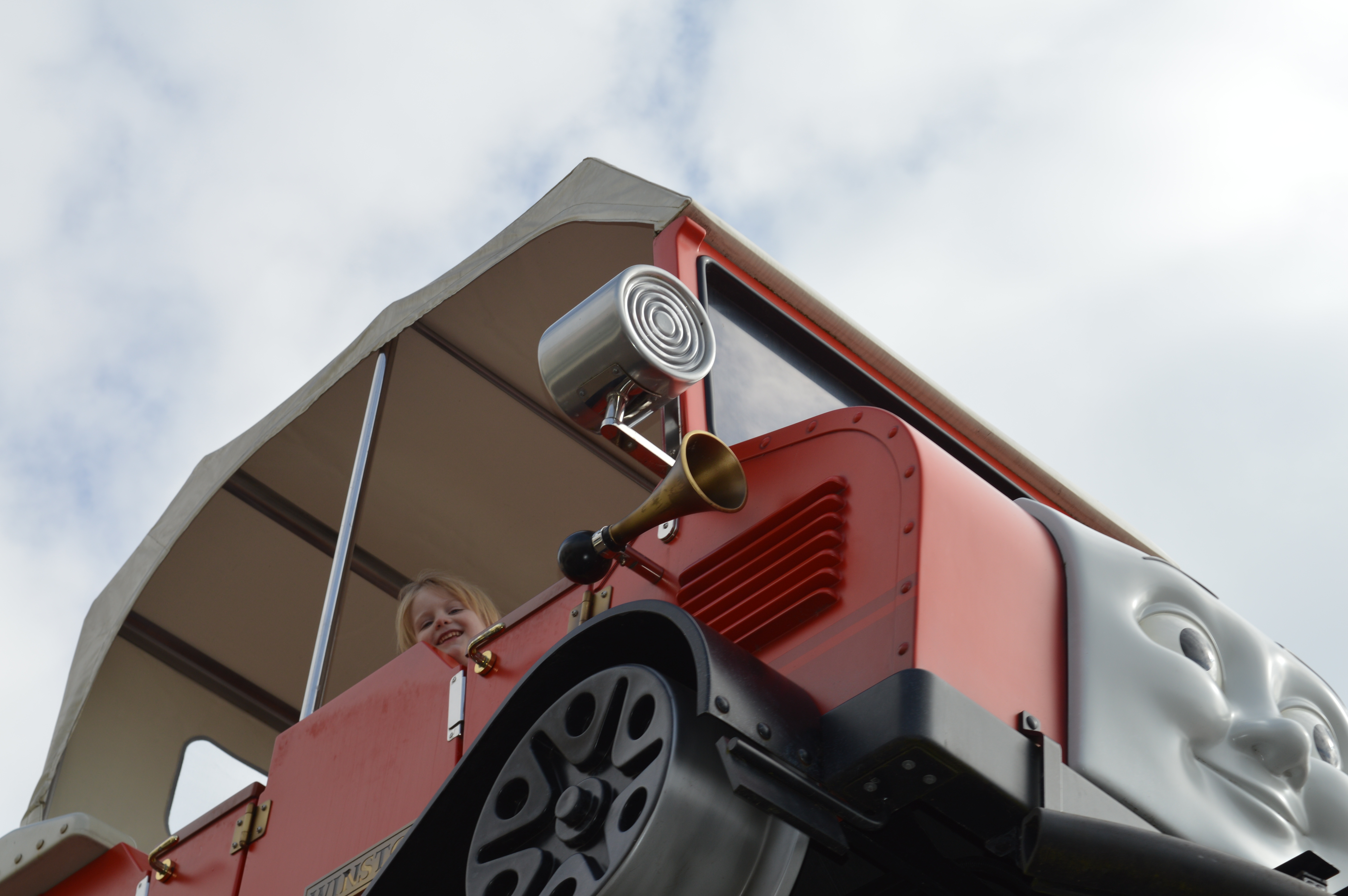 And the other car chasing quickly behind.. 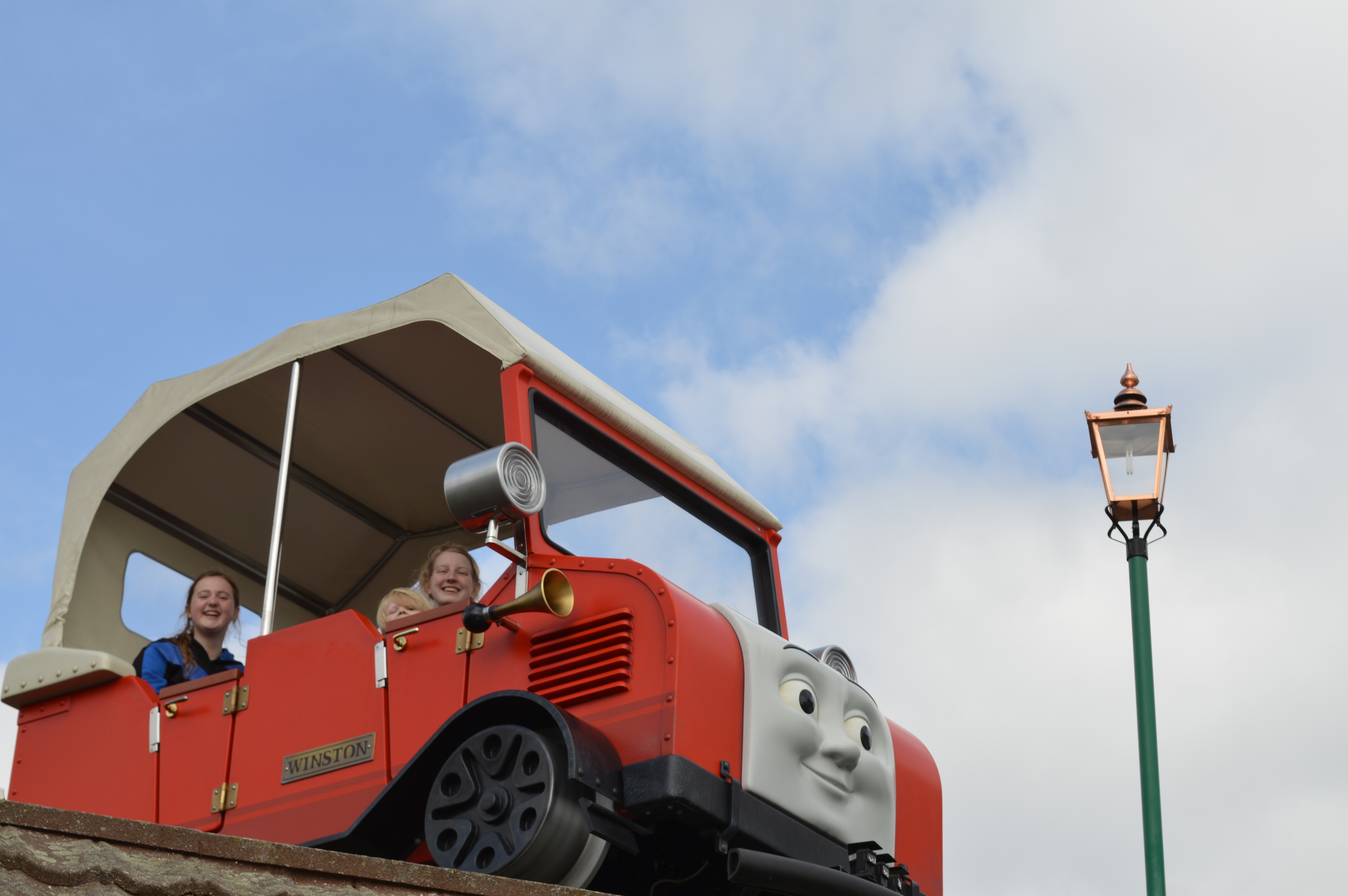 It was getting quite late and there wasn’t long left until the park closed, and we hadn’t even managed to get to the zoo yet, so we quickly raced off to see some animals, Neva took over the photo taking at this point, and my camera is full of animals! 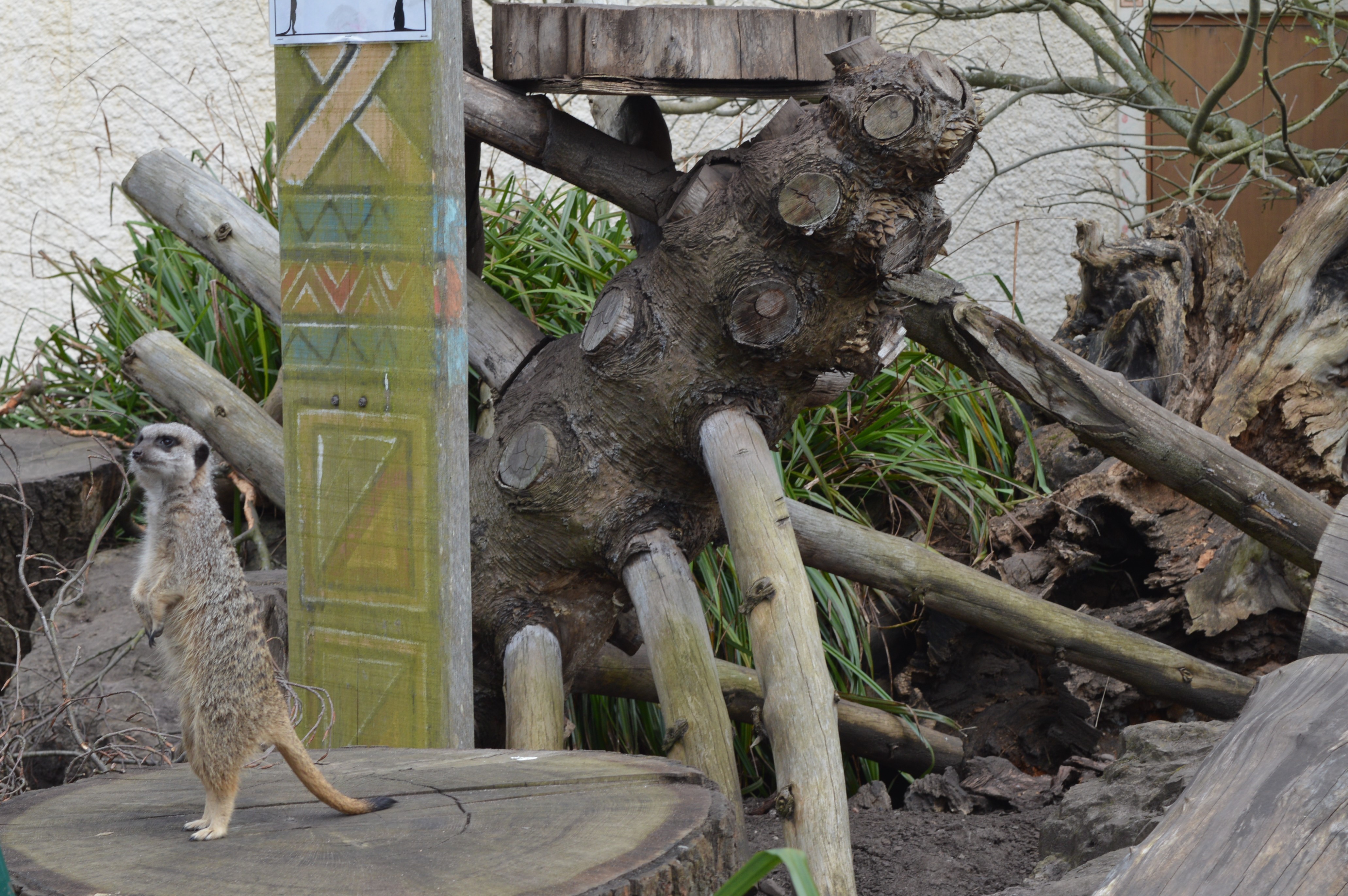 The children love animals, but the dinosaurs in the distance was too much for the children, and they raced through to get to the dino trail! Here is Viggo doing his best Dinosaur impression, very scary! 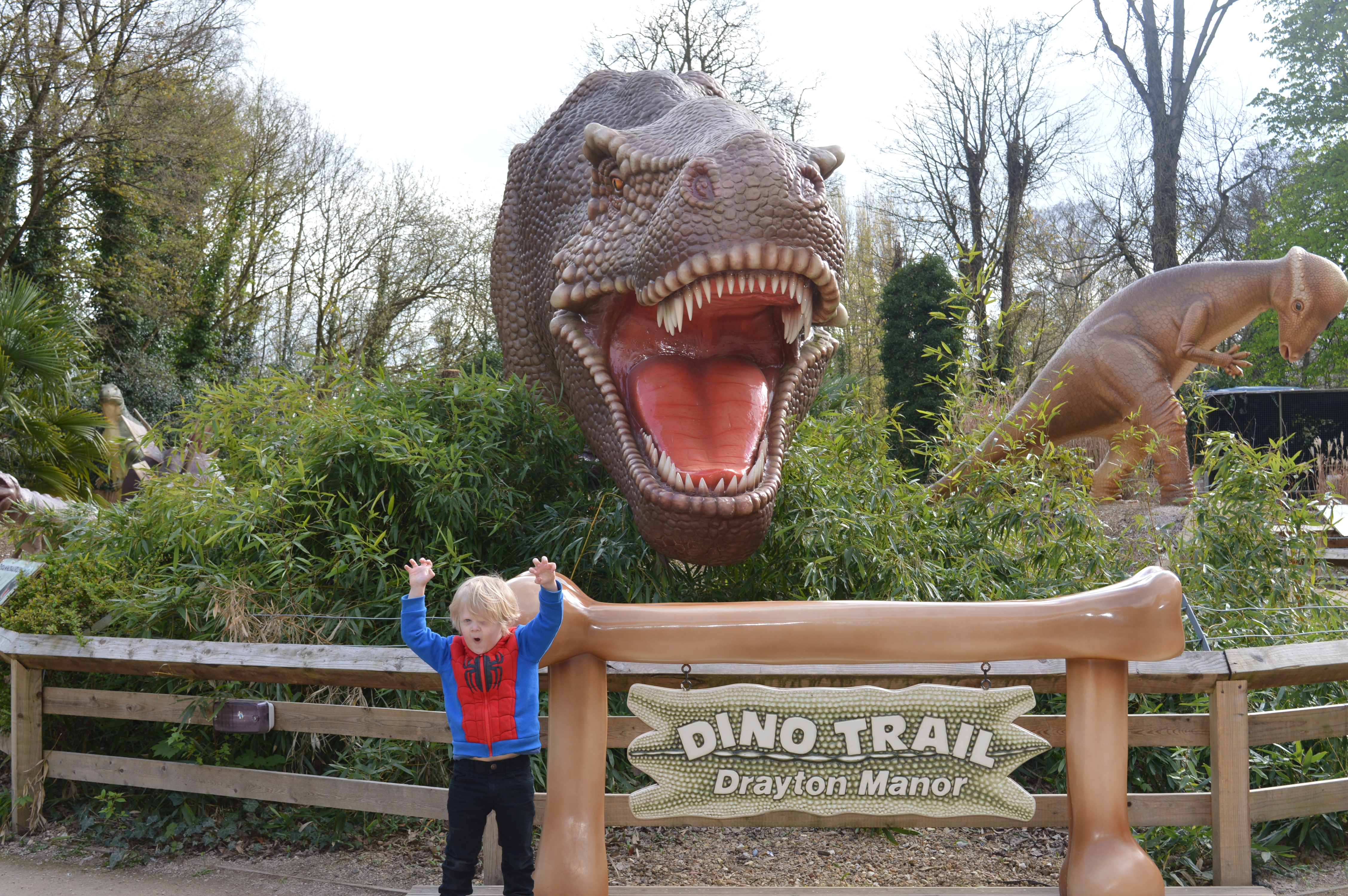 With time running out, there was just enough time for the little ones to go on the Carousel, whilst I took Kaide, Lochlan and Neva back to Maelstrom. They managed to squeeze in a few goes, as it was so quiet, there was no queue so they stayed on until the very last second.  That is our day at Drayton Manor!

A thoroughly enjoyable day for the entire family, there was something for every age, from toddler through to teen.  Some theme parks we have been to it has been very top heavy for one age group, not this one. Everyone agreed had the same amount of things to do for both big and small.

If you are considering a visit, then I would recommend booking before you go. You can save up to 35% by pre-booking online or via the call centre, with no booking fee, a Rainy Day guarantee and free car parking.

There is a fantastic offer on at the moment with both children and adults getting in for £18.95 just visit 365 Tickets and enter your email to see the special price.

We adore theme parks and one day would love to visit the Wizarding World of Harry Potter but for now, we will make do with the great theme parks we have here in the UK.

Pursuing Friendships When You Are A Busy Mum

How To Save Money On Electronic Devices