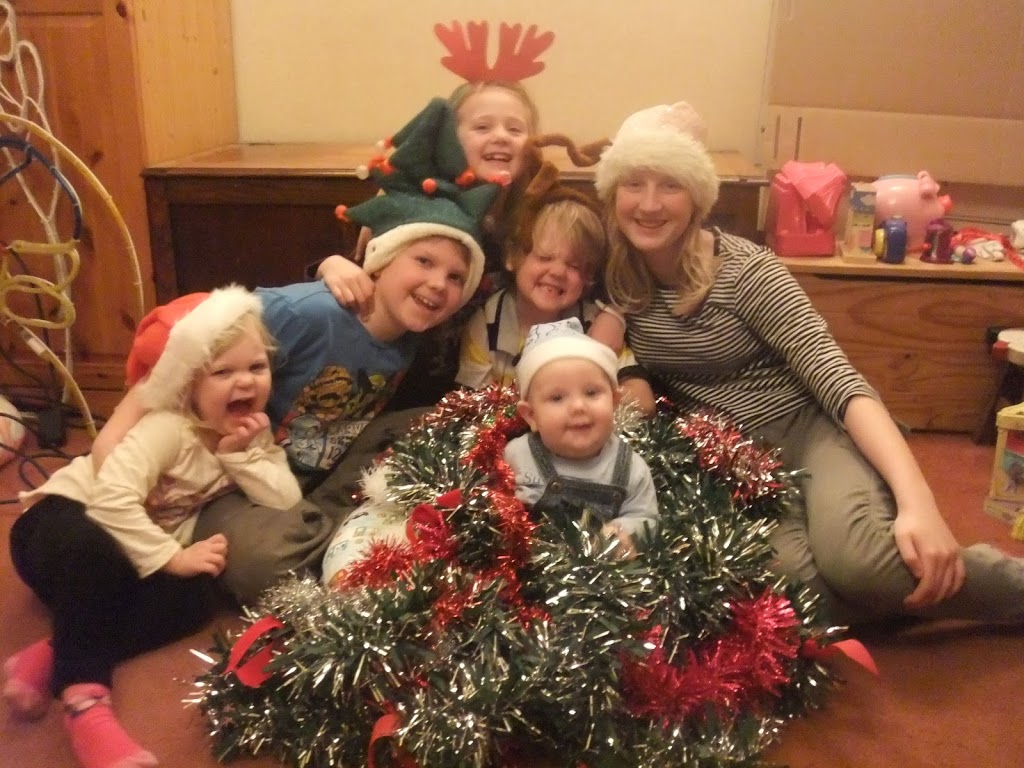 Christmas with The Morrisons…. 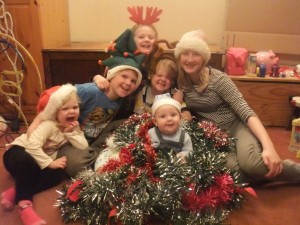 Christmas in the Morrison household is quite a busy affair, with six children there is a lot of noise, chaos, fun and enjoyment.

I was very lucky this year, because Asa was able to have the entire Christmas Break off from work, which enabled us to get ready for Christmas in a sort of calm manner!!

The wrapping took me approximately 36 hours in total, over a period of four days, next year I shall attempt to wrap as I buy, but I am sure that won’t happen!!


A tradition in our house is to go out for a walk on Christmas Eve, the children get some fresh air and I like to think it helps them go to sleep quicker at night!! 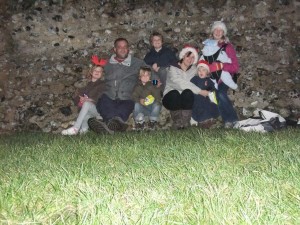 After a few attempts at balancing the camera on the flask of Hot Chocolate, we managed a photo of the whole family, which doesn’t happen very often! We had a lovely walk to the Roman Fort at Burgh Castle.
Christmas Eve, the children put out a Mince Pie and a glass of Milk for Santa and a Carrot for the Reindeer, they also sprinkled Reindeer dust on the patio so that they would know where to land.

I think they all eventually fell asleep at midnight, except for the eldest Xene, who was still awake when we went to bed at 2am…

Christmas morning arrived and I was amazed that they all slept in until 8, which was lovely because it meant no grumpiness later in the day due to tiredness.
Our three year old Eowyn arrived in our bed at 8am, and just climbed in-she had forgotten what day it was and just snuggled down for a little rest, with the help of her elder siblings, she suddenly remembered that she had put one of daddy’s rugby socks on the end of her bed last night and maybe she should check if it was still there…

She was overjoyed to find, that, not only was it on the end of her bed, but it wasn’t empty. Kaide was also just as impressed with what he found…. 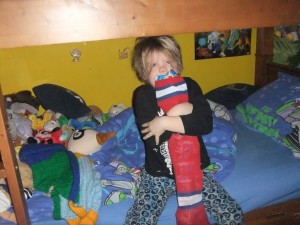 All six children came and opened their stockings, well I say six, the other five gave Tyrus a helping hand!!
Once our bedroom had been filled with lots of wrapping paper and various stocking items, the children were eager to go downstairs and see what Father Christmas had left.
Every year we take a photo of the children at the bottom of the staircase, and every few years, another child has been added, it was quite a poignant moment, as I am pretty sure this will be the last Christmas we see a new addition to the family. 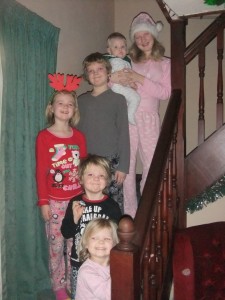 First stop downstairs is always their playroom, I have made a Stocking for each of them over the years, and they get hung on the fireplace, they are usually filled with slightly larger presents that won’t fit in the Rugby socks…
And Finally, into the lounge….

﻿We finally finished opening presents about 10.30am, everyone was extremely pleased with their gifts and they all received what they had asked Father Christmas for.
Next was the job of getting Christmas Dinner ready for eighteen, which included eight of us, both sets of parents, my sister and her husband, and Asa’s sister, partner and our two nieces.
Dinner was being eaten at 3pm, all guests arrived at 2.30pm, leaving just enough time to exchange gifts, and serve the food.
All was looking to be on schedule and the table was filled with Christmas Food, when I suddenly remembered the Cheesecake and Pavlova were still sitting patiently in the freezer waiting to be defrosted!!! (Oh well I can’t remember EVERYTHING!)
Despite my efforts to convince everyone frozen Pavlova and Cheesecake were a new trend, everything else went very well and I think everyone left about 7pm happy and full….
I had thought that with such a busy day, the children would go to bed early, leaving Asa and I to enjoy a peaceful evening, but I think the last child eventually gave in at 11.30pm, oh well i’m sure Asa and I will get an evening to ourselves one day, far, far in the future….
Wishing Everyone a Very Happy 2012 xxx 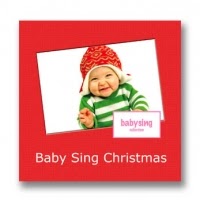