Today is the beginning of June, which means two celebrations this month, Tyrus’s birthday on 10th and Father’s Day on 16th June. Last year we were unable to really celebrate Father’s Day with Asa as he was busy on Great Yarmouth seafront running the Air Show for 180,000 people, so it was a quick good morning and Happy Father’s Day before I drove him to Great Yarmouth Seafront very early in the morning!

This year is going to be VERY different, with thanks to intu Chapelfield the children were challenged to take a shopping trip to intu Chapelfield, and each armed with a £25 gift card to find the perfect gift for dad! (with a little help and guidance from mum!)

Intu Chapelfield has to be one of my favourite places to go shopping in Norwich, the first bonus is the large car park that has plenty of parking spaces, even ones big enough for my nine seater, so I am not stressed out before we even start shopping! The second and probably most important is their attitude to autism, they they have an amazing Changing Places toilet on the dining terrace and the customer service desk had an autism friendly visual guide which is full of information, which makes the entire experience so much better for people like Tyrus, I didn’t manage to get a photo of Tyrus with his gift for dad, but I did get ones of him in the cars and playing Connect Four! Plus he adores escalators so we spent quite a bit of time on those, thankfully there are lots throughout intu Chapelfield!

Anyway, back to the job in hand, buying for Father’s Day. Lots of the shops had window displays advertising gifts for Father’s day, our favourites we concluded were Lush and Hotel Chocolat, which is no surprise as the children adore bath bombs and Chocolate!

All this shopping is definitely hungry work, so if you are feeling a little peckish, you could give a Norwich bottomless brunch a try

Going in age order, Xene chose the Lush trainspotting gift set, she is a huge fan of Lush and Trainspotting is one of Asa’s favourite films, he had been to see it at the cinema just before we first met in 1996! It consists of a POP bubble bar and a Crazy Train Bath Bomb and costs £13.50

Here you can see both items on display in the window of Lush, along with lots of other perfect Father’s Day Gifts. 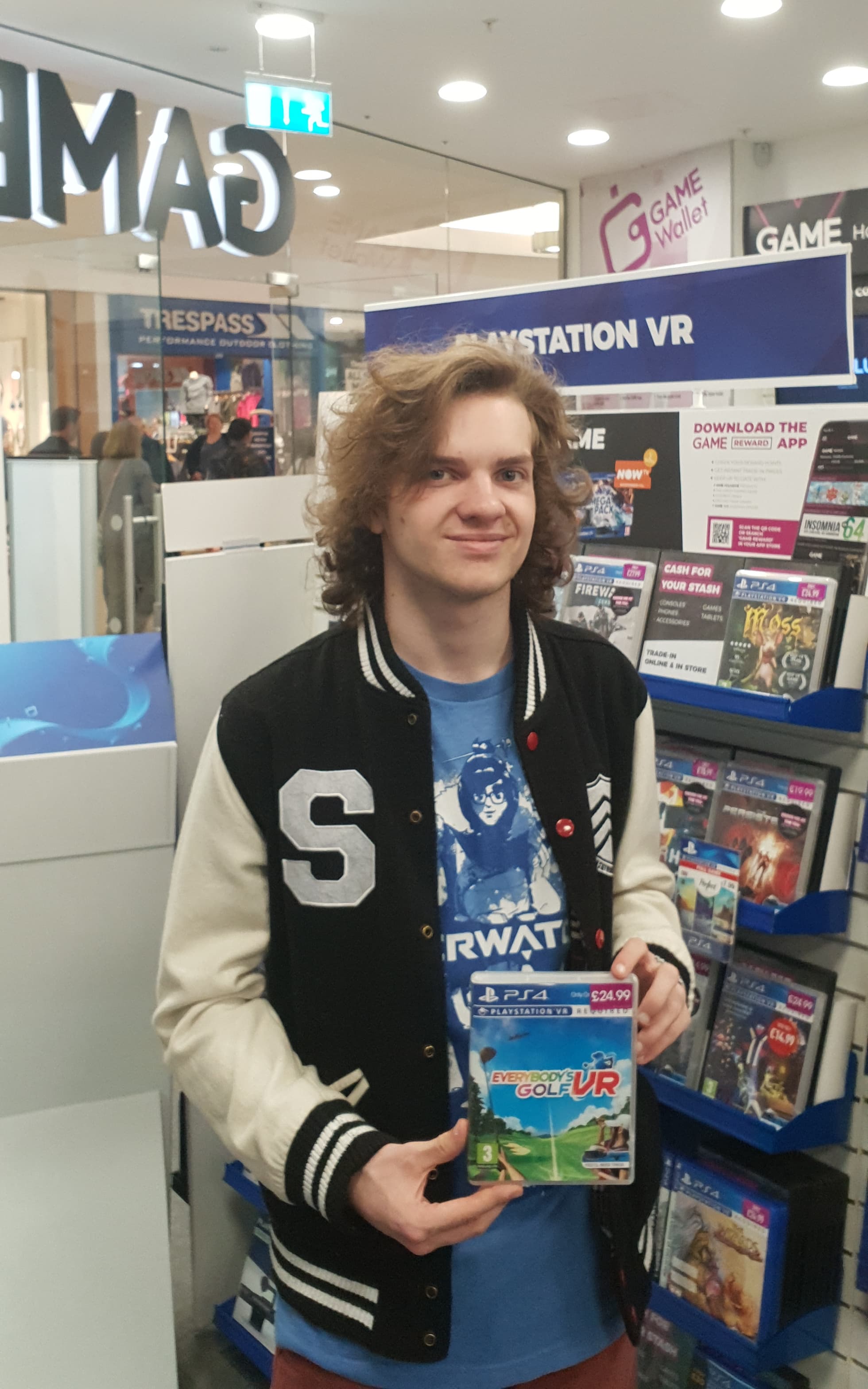 Lochlan is known for his gift buying that usually involves something he also would like, so its no surprise that he chose Golf for the VR! He always spends to the limit, so at £24.99 exactly on budget, but with nothing left to buy a card or wrapping paper!

Neva decided on a luxurious box of chocolates for Dad from Hotel Chocolat (with maybe the thought that he may share) he always tells us that he’s not really a chocolate fan, but whenever there’s any in the house, he will happily eat it! This box is known as the Sleekster and comprises 27 of their most iconic recipes, embellished with Happy Father’s Day, costing £22.95

But if you have a different value in mind Hotel Chocolat have gifts for all budgets.

Kaide is very much like Lochlan, spend the entire budget, and he is also a gaming fan, so it was no surprise when he chose this Atari Hoodie from H&M Menswear Department, priced at £24.99! I guess these boys are counting on their sisters to buy the cards! All nine members of the family are fans of funky socks, and were equally impressed with the sock collection in H&M and with 3 for 2 offer on, another perfect Father’s Day Gift

Viggo was torn…. he loved these socks

Eowyn wanted to get him some smaller priced gifts so that he had more to open on Father’s Day, totally nothing to do with the fact that she also had her eye on the bath bombs that she had picked for dad! The individual Bath Bombs ranged from £2.95 upwards, so she was very pleased with the amount she could get for her money!

Tyrus chose a pair of shin pads ready for next seasons rugby, we are all very proud of Asa that he is STILL playing 1st Team rugby, when so many have stopped playing, who are much younger than him, I know I moan about him being unable to walk after training and playing but we do think he’s pretty amazing! Tyrus wasn’t keen on having a pic whilst we were shopping, but I did manage to get one at home. 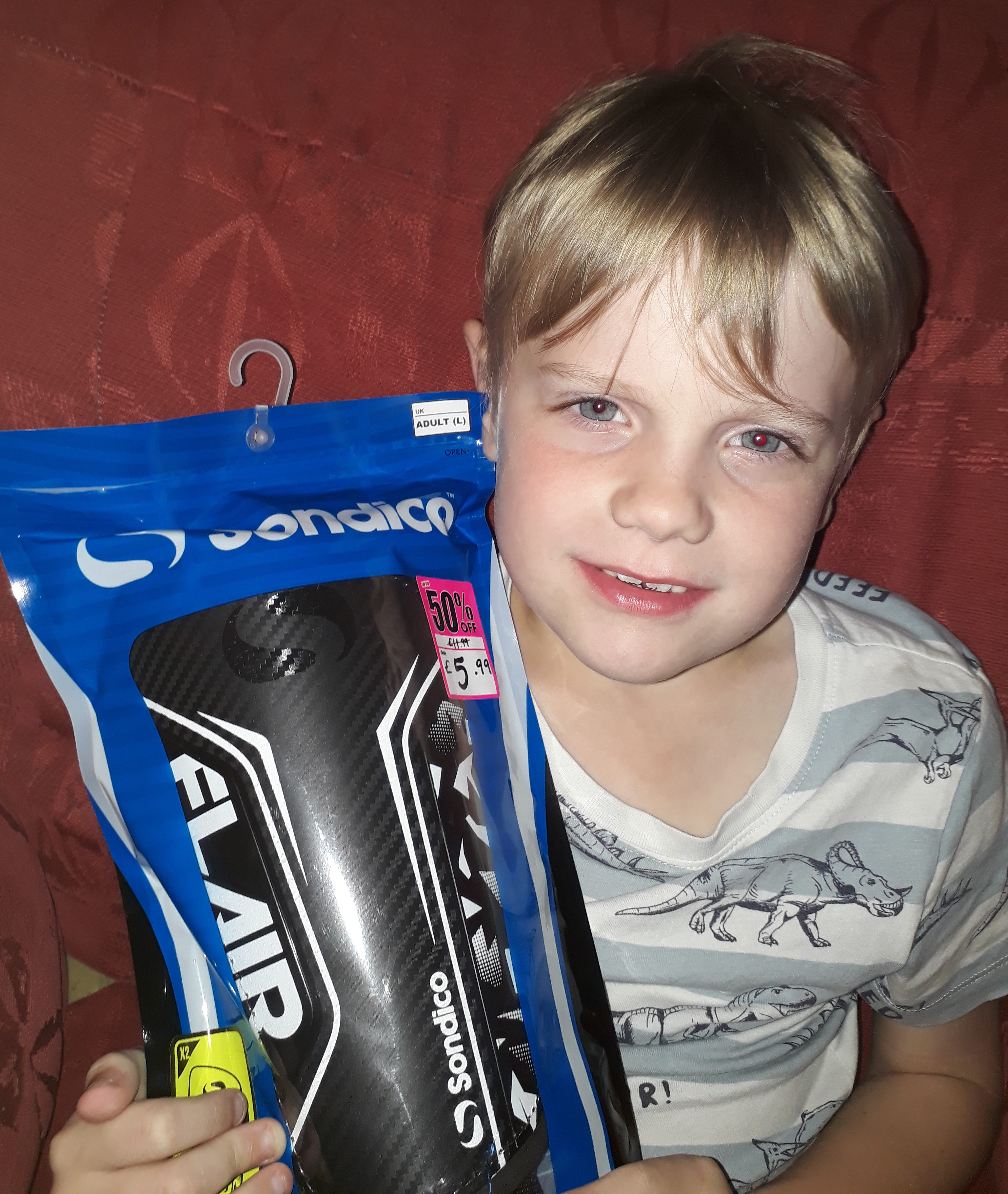 As you can see the shin pads were a bargain at Sports Direct, so we used a little of Xenes money to buy a new pair of Astro Trainers too, as the dog chewed them at the end of the season! Hopefully that means he won’t be asking me to repair them on a Saturday morning before the game, as long as he keeps them out of the way of the Puppy!!

Finally Viggo did love the Pac Man Socks, that was, until he went into The Disney Store and found this …. 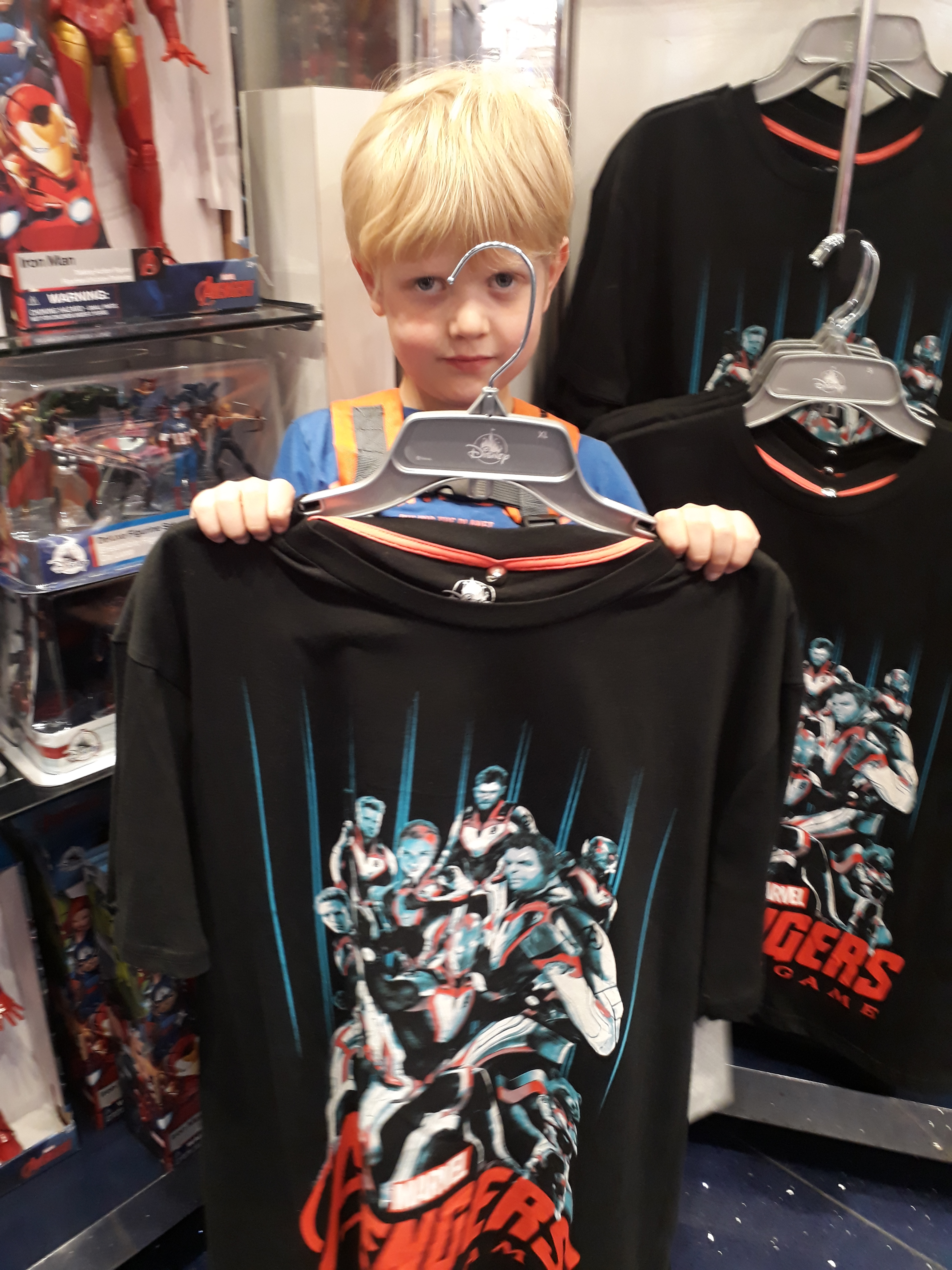 An Avengers End Game T-Shirt, now Viggo loves all things Marvel so i’m not quite sure whether he picked it for dad or for himself! The price is £16 so he quickly worked out (with some help from Kaide) that he could buy both the socks and the T-Shirt, which resulted in one happy little boy.

And that was our Fathers Day Gift Shopping experience at intu Chapelfield, we had a lovely day and enjoyed shopping for Asa as its usually the children we are shopping for, who knows maybe next year mum will get something too!

Although these were what the children had decided to choose, there were lots of other gifts we saw along the way, here are a few…. 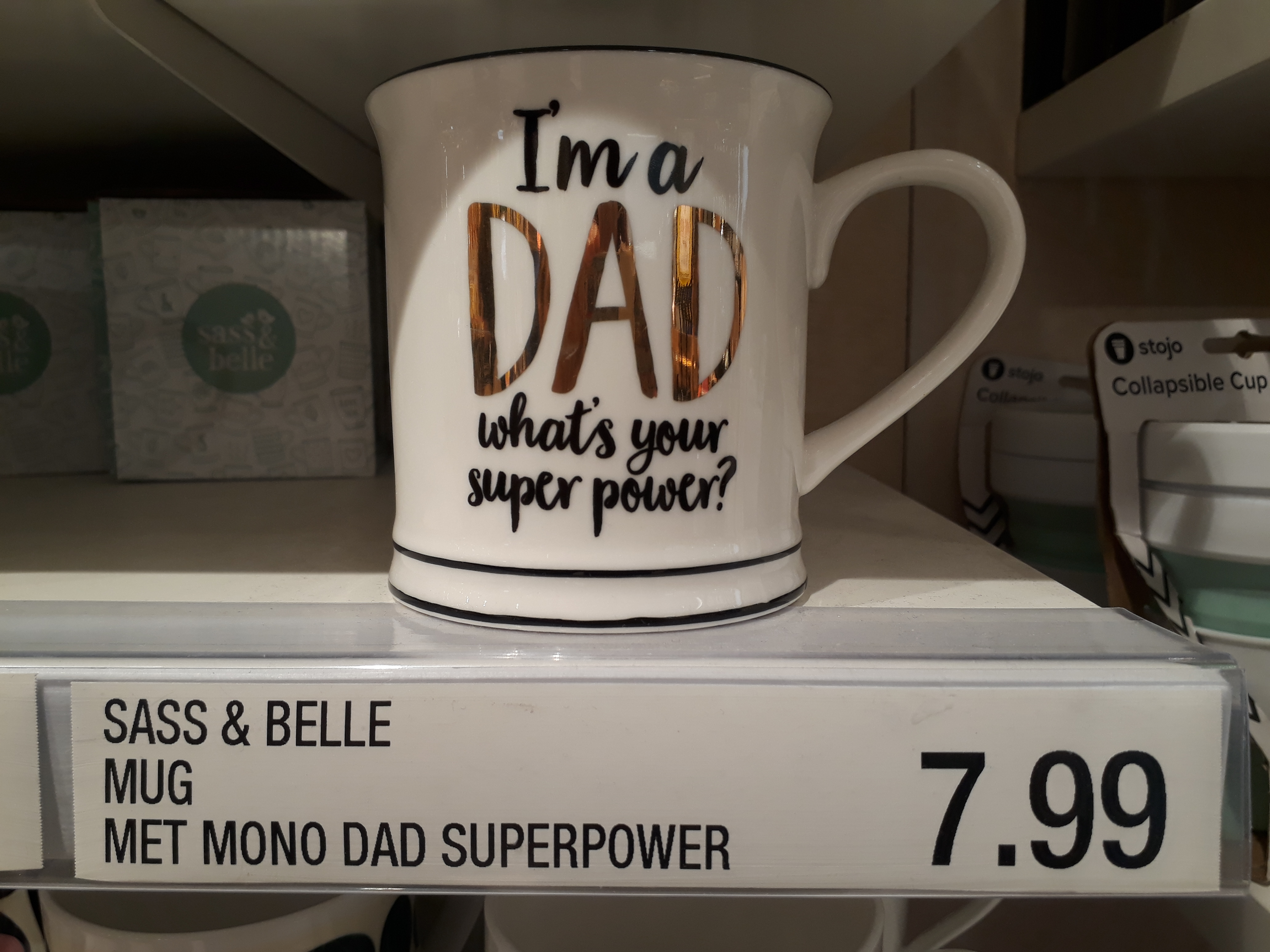 Love this Mug in House 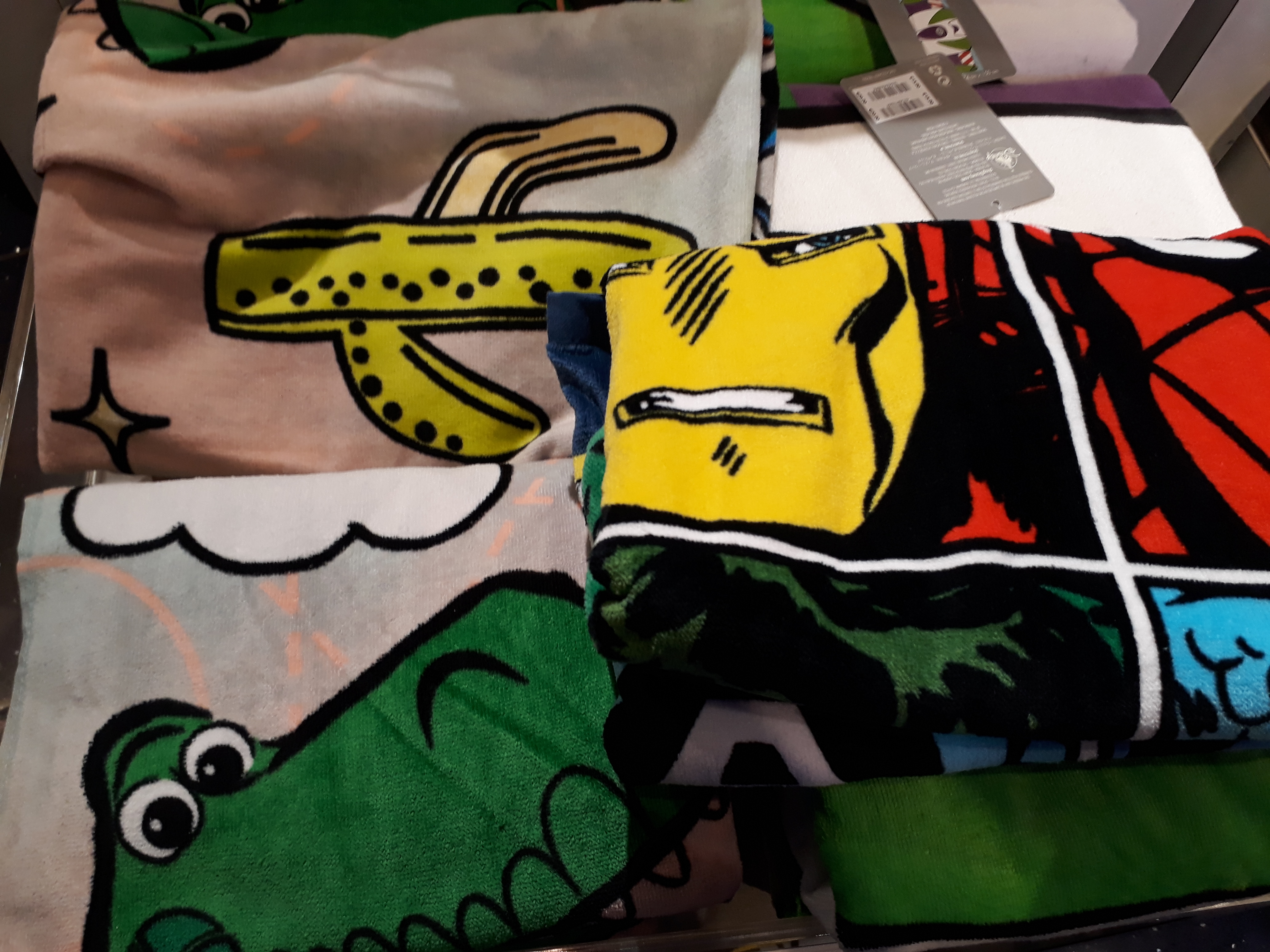 Or maybe a Beach Towel

Or maybe a nice Cocoa Beer!!

*We were provided with an intu Chapelfield Gift card to purchase the Father’s Day Gifts, all thoughts and opinions are our own.*