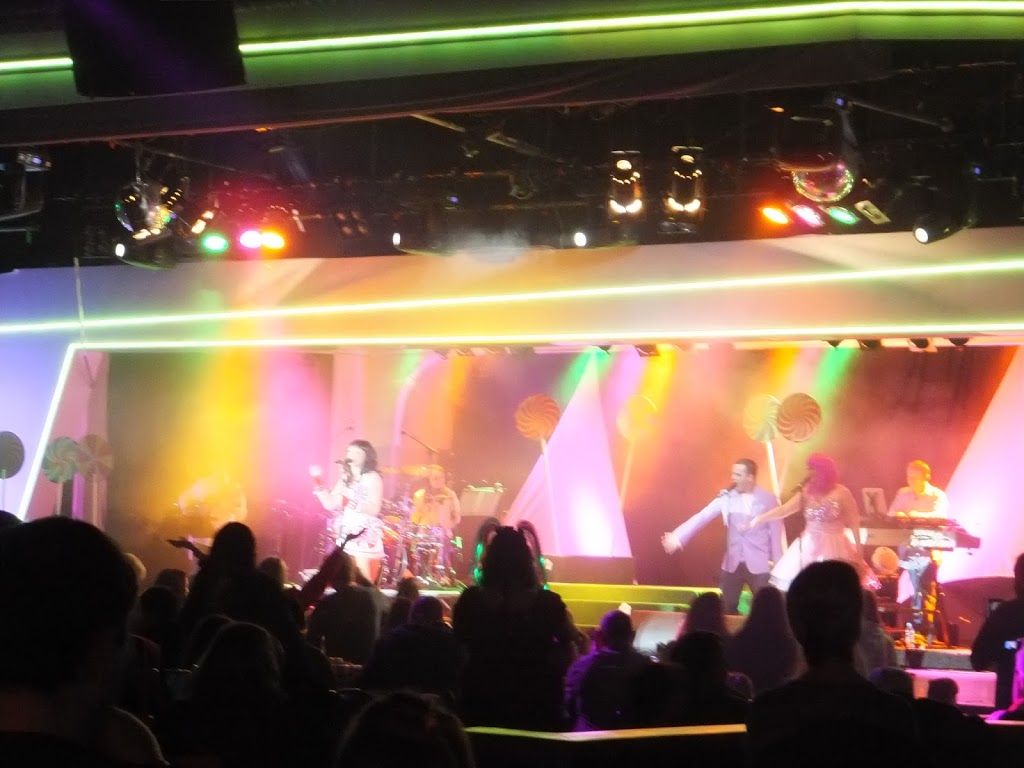 Not only does Butlins have a fantastic entertainments programme throughout the day, but the entire place is alive at night too. Having a varied age range of children, there was something for everyone.
The girls were very keen to see the Katy Perry tribute Show and Eowyn spent all evening singing and dancing along to the songs, although it was extremely busy and almost impossible to find a seat, so my recommendation would be to get there early!!
It was  a very professional show and very popular with the audience. 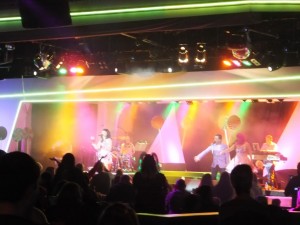 One evening had a show called Stars from the X factor, so we went along as we were curious how up to date the acts would be. On arrival at the Show Bar we were met with a sign telling us that the bar was full to capacity and they were unable to let anyone else in, which was the first time we had witnessed this, during our stay, so we guessed it must be someone quite popular!
The attendant on the door was very apologetic to the people that were still queuing and she did tell everyone in the line that the act would in fact be appearing in the Reds Bar a short distance away in an hour’s time, if we would like to make our way over there.
This show was not publicised, but the act had agreed to do an extra show in order that all of the people unable to see the first show, could also see it, this was yet another example of Butlins going the extra mile for their guests and proves that they certainly do offer a first class service.
The Reds Bar was very impressive, the only negative with it is that everything takes place upstairs, so to access it with the pushchair, you had to use the lift, which was fine on the way up, but after the show had finished a rather large queue formed, when all of the pushchairs and wheelchairs needed to exit, and there is only one lift!
As you can see the Reds bar was also extremely busy and there was standing room only. 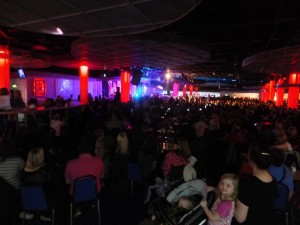 There were rumours flying around the room, which X factor star would be appearing and when the act appeared on stage the room was split 50/50 on sheer glee and complete disappointment, depending on your views of ….. 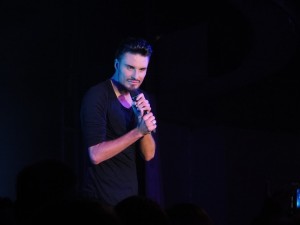 Rylan Clarke!!
I have to say I am not really a fan, but he did put on a very good 45 minute show, which went down a storm with the entire audience.
There are many other things to amuse you during the evening, all of the amusement arcades are open and there are films showing at the cinema. 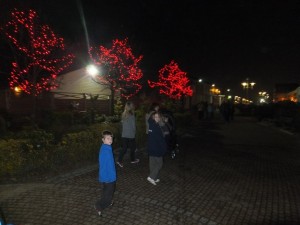 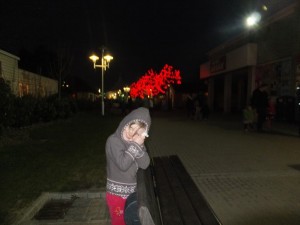 Everywhere is nicely lit, meaning that a simple stroll was also just as nice, away from the noise and entertainment.
And here are a few more examples of all the exciting things you can do on an evening at Butlins, courtesy of the children…