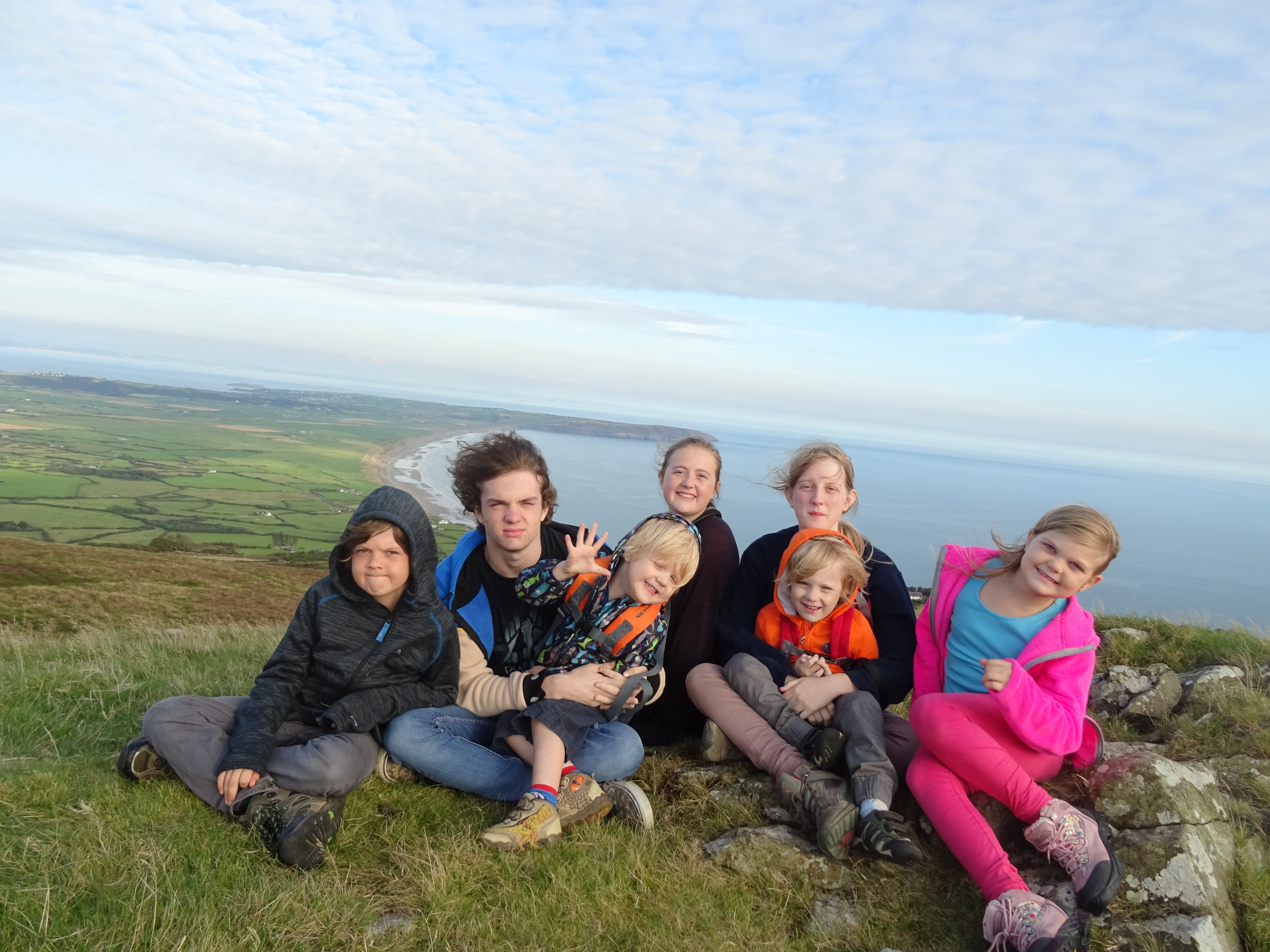 Thankyou to each and every one of you that joined in yesterday, I had a steady stream of new people asking to join the Facebook Group and I attribute that to all of you!

So, today is Babies, for me that’s pretty easy as I have had seven of the little darlings, and YES that is it!

In July of 1997 I found out that I was expecting our first child, due 6th May 1998, we were very excited and did the very sensible thing of moving house, we had left plenty of time as we were due to move in January, but, like most things that you plan, we actually ended up moving in 2 weeks before our first baby was born. We didn’t know what we were having, at 6am on 28th April I woke up feeling very odd, I had started to swell and had flashing lights and a bad headache, we went straight to the hospital and I was admitted, they decided to start induction at 7am, and 12 hours later after an epidural Xene was born, she weighed 6lb 15oz and we were besotted! Just under 2 years later our second baby was due on 25th April but I was suffering badly from SPD so it was another induction, made slightly complicated that Asa had been in hospital that morning to have his nose reset after a rugby injury, he really didn’t know if he was coming or going!! And only just made it back to the hospital and they began the induction at 10pm and by 3am on 18th,our first baby boy, Lochlan was born he weighed slightly bigger at 7lb 3oz, six hors later we were back home. As if we didn’t have enough birthdays at that time, as Asa is also mid April and I am the end of March! We found ourselves expecting our third child, due 12th April 2003…This time, both Xene and Lochlan were desperate for a baby sister, so we decided to find out what we were having, we thought we would have 20 weeks to change their mind if it wasn’t a girl, but she was! Neva kept us waiting an extra day and we almost didn’t get to the hospital, I really thought I was going to have her in the car! Luckily, we made it to the ward and with one whiff of gas and air, Neva entered the world on 13th with an hour to spare! She weighed a little bit more ( it gets a bit hazy the more you have!) and she was 3cms longer than the other two, she came out so quickly that she had passed meconium so we had to stay in until the next day.

At the beginning of 2005, I got those familiar signs and we found out we were expecting again! This time everyone wanted a brother so we found out, luckily that’s exactly what they were getting, and this time it was a September baby. One week after Kaide’s due date he made a fairly quick entrance (not as quick as Neva!) with the help of some gas and air, my entire room became flooded with medical professionals as Kaide had been delivered in his amniotic sac, so everyone wanted to see (Don’t mind the woman propped up on pillows giving birth!) apparently it is supposed to be lucky and he will never drown. He was a little bit heavier still! Six hours later and we were home. Round about my birthday in 2008, I, once again had the same feeling, and of course, following the pattern, this time we were expecting a girl, she was due at the beginning of December so I stopped working on 27th November to give my self just over a week to get things in order, however she had other ideas and I went into labour the next day, she was born within a couple of hours, with the help of a little gas and air. Eowyn was heavier than Neva but lighter than Kaide! I really don’t enjoy being in hospital, especially when I know the others are all at home, so they allowed me to go home after exactly 6 hours, even though it was 3am! I always knew I wanted a large family, luckily Asa agreed, so when we found out we were expecting number 6 in 2011 we were delighted, although i’m not so sure other members of the family were, as each time we announced it their jaws dropped a little more! This time I decided that I would really like a home birth, it was becoming more difficult to be away from them all and family members are OK looking after one or two, but it gets harder with every child! Thankfully the consultant agreed, a few days before due date, I felt the familiar pangs, I quietly crept out of bed and went to unstack the dishwasher as I didn’t want the house to be a mess when the midwives arrived! Asa got all of the children ready for school and I began the six birth, it was as if my little one knew, Tyrus kindly waited until Asa was back from the  school run and Eowyn (aged 2) was nicely settled watching Peppa Pig in the lounge before he made his entrance. It was probably the best birth as I could relax at home with Asa and Eowyn, we hadn’t told anyone we had gone into labour, in fact, I was due to go with my dad to collect my car from its MOT, so I phoned him and asked if he could collect it with my mum, as I was a little busy! Six weeks after Tyrus was born I started this little blog, it was a way to keep my brain active and to record all of our memories, who knew it would still be going six years later and become part of my job!

Two years later, I had planned on a second homebirth with a birthpool, it was all set up and ready, I telephoned the delivery suite and told them contractions were a couple of minutes apart and I required a midwife, what seemed like the longest pause ever, was then met with, we have no staff available and you will have to come into hospital!! A quick mad dash round the house with me breathing through contractions, and shouting things to get at Asa, he had to retrieve the car seat from the top cupboard as we would need it to transport our baby home, we had not planned on having any babysitters, luckily one of my very good friends was still on facebook, so I messaged her and she came straight round to look after the other children, who by this point, were all fast asleep in bed, oblivious to what was going on! I arrived at the hospital and they allowed me to deliver on the birthing unit and I had the most amazing water birth, Viggo was born at 2am, and he also came out in his amniotic sac which burst as his head emerged. He felt a little bigger that the others, so I was expecting 8lb, but no, he was in fact 9lb 6oz. I had to stay at the hospital for six hours to allow the medication to run through the drip, so whilst we were waiting Asa popped down to the A&E department as he has damaged his eye playing rugby the day before!! Just after 8am we were allowed home to see the entire brood, they even got a day off school! 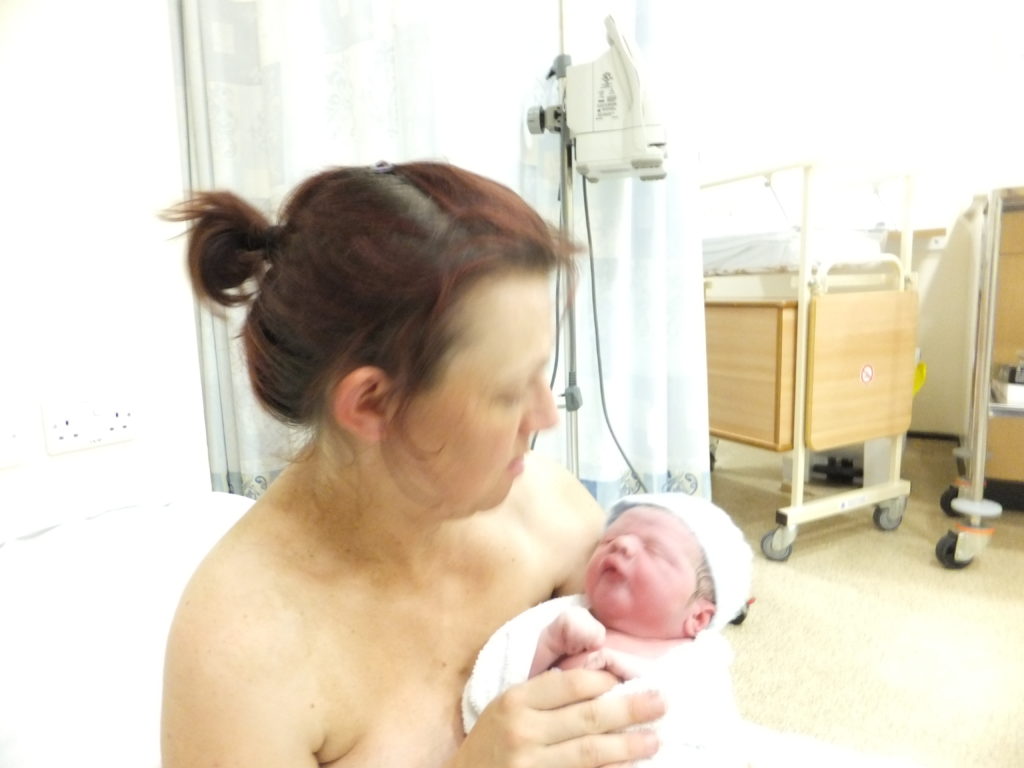 And that is my entire life in babies! Viggo is now aged 4 and this is the oldest I have had a child without being pregnant or having a young baby, it feels quite strange, but I am definitely over the baby stage now! 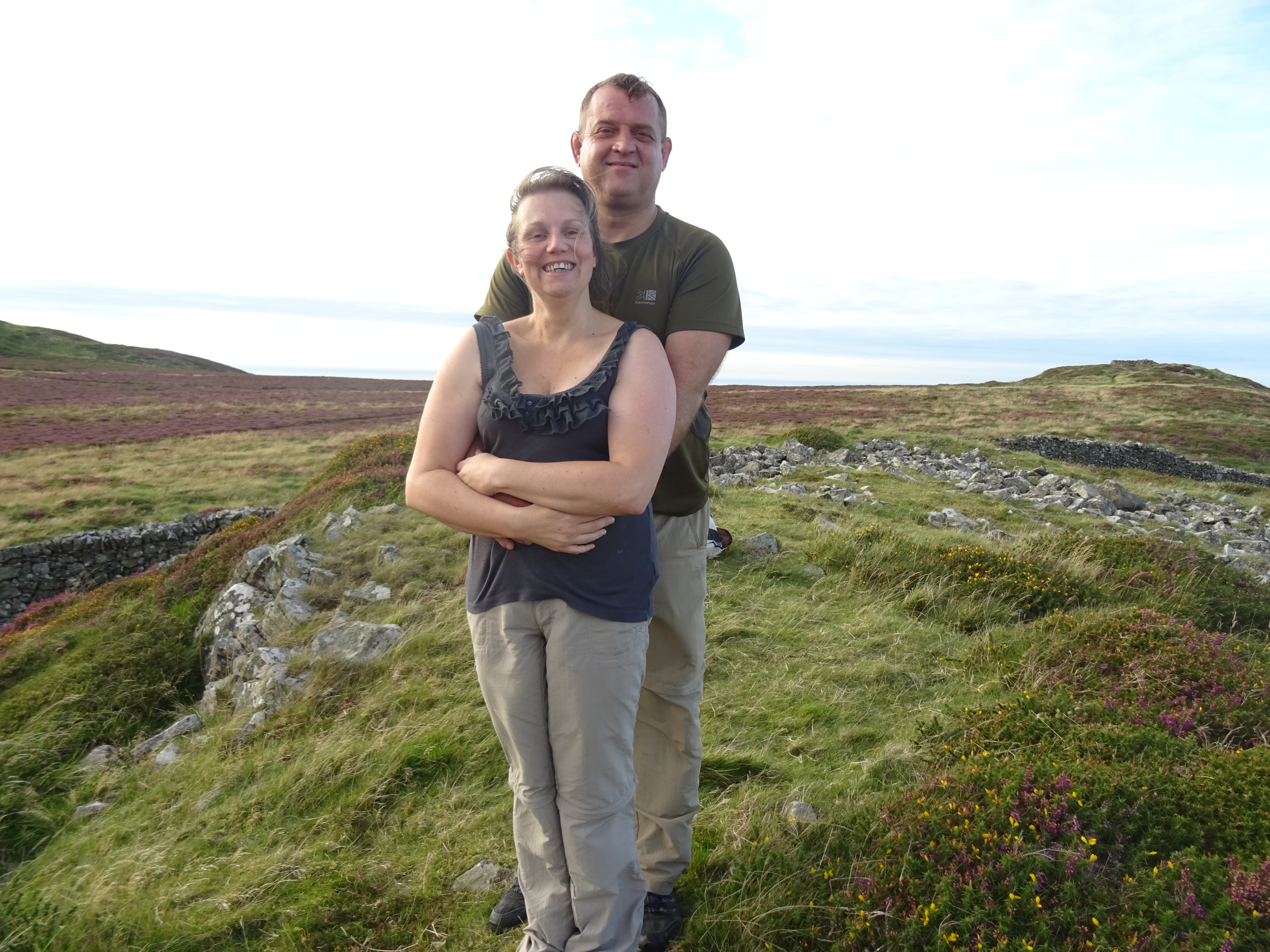 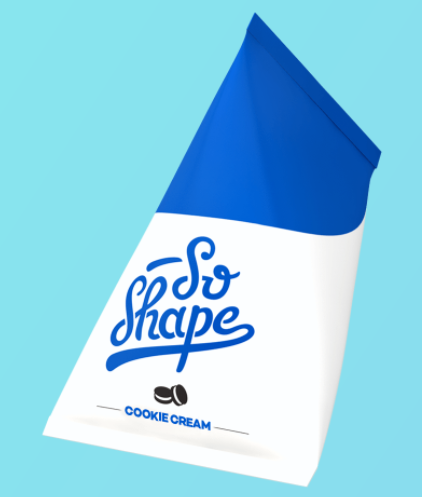 Time To Lose The Baby Weight!