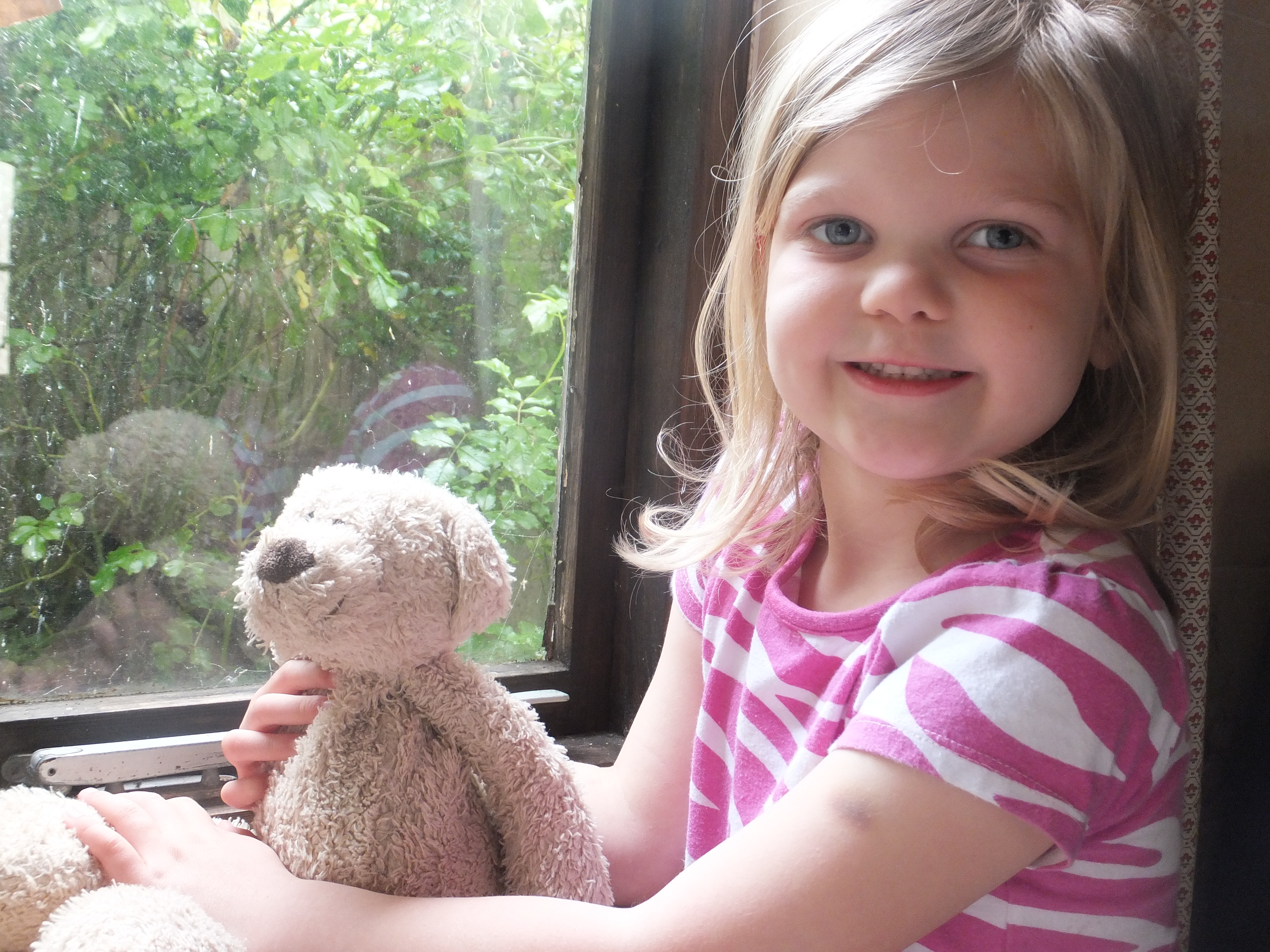 She had won Star of The Week, which included the lovely job of taking care of the Class Bear and recording in his rather large book, all about his adventures with The Morrisons!!

Her older sister Neva had been busy baking Shortbread at school on Friday afternoon, and she was desperate for the baking to continue!! So Barnaby and Eowyn assisted Neva with a large amount of Shortbread baking, which resulted in a flour covered kitchen, but they all had fun!!

For the past few days I kept hearing the sound of chirping, on closer inspection I discovered the blackbirds that had raised their young outside my lounge window, had obviously been pleased with their surroundings and had come back and built a new nest, this time outside the kitchen window and the chirping I could hear was their four latest additions!!

Barnaby, Eowyn and Neva spent much of the weekend spying on Mummy and Daddy Blackbird feeding their babies worms, which was a good thing, as Barnaby didn’t get to do much else this weekend, as the weather was extremely changeable, sunny one moment and heavy rain the next, not to mention Xene, Lochlan and Neva were busy revising for their upcoming exams/tests this week, but that’s another blog post!!!

Do your children have a special bear they bring home to take care of ?